Best Asian restaurants nearby. Discover the best Asian food in Montgomery. View Menus, Photos and Reviews for Asian restaurants near you.. Montgomery is a city in Hamilton County, Ohio, United States, settled in 1796. The town was a coach stop on the Cincinnati-Zanesville Road, later known as the Montgomery Pike, with an inn, two taverns, a grist mill and a carding mill to process its agricultural products. It would remain a rather sleepy hamlet until the 1960s when it became an affluent bedroom community for people working in Cincinnati. It retains its historic downtown with many other 19th-century houses scattered throughout the community. It is currently accessed from exit 15 off Interstate 71 and exit 50 off Interstate 275, and it is the eastern terminus of the Ronald Reagan Cross County Highway about five miles northeast of the Cincinnati city line. The population was 10,251 at the 2010 census.
Things to do in Montgomery 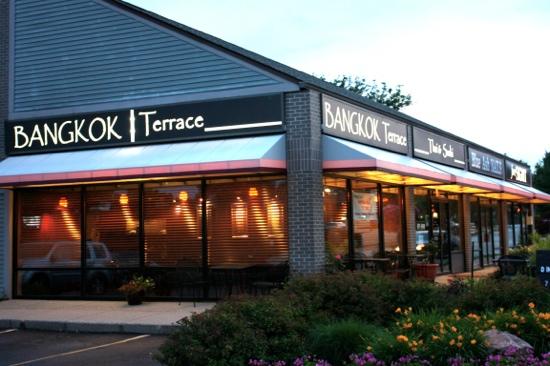 Bright dining room, in the heart of Blue Ash. Not only tasty Thai dishes (peanut sauces-mmmm), but be prepared to have your heart snatched by the owners little 4-5 year-old daughter who may be your hostess! PRECIOUS doesn't begin to describe this little gem. "It is my pleasure to serve you!" You can't go wrong on this varied menu. Not a sushi fan, but it impressed our guests. Reasonably priced. Thai tea was good. 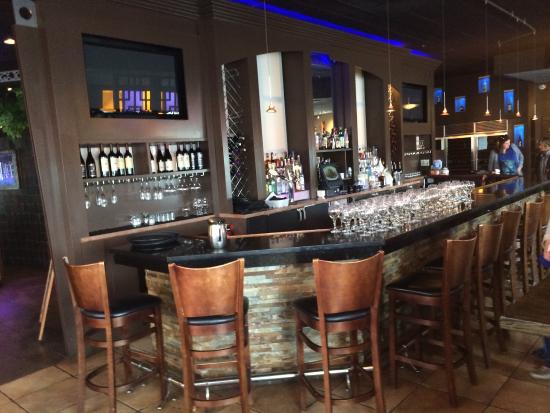 It's easy to find on Google

Wow. Wanted to try the place. It was very good. Went on a Sunday afternoon. 4 appitize rd and drinks were less than $20. The best was the chicken skewers. 3 of them with 4 pieces of meat and some zucchini in the middle. Good peanut sauce. Spicy tuna could have had more flavor. Very good but light in flavor spring roll.Skip the dumplings 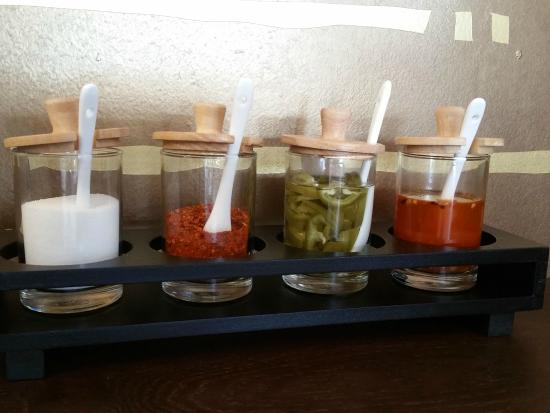 I'm passing through the Cincinnati area, on business, and stumbled across Basil Thai Bistro. It did not disappoint! The server was very pleasant and very efficiently took my order. I started with the Seafood Thom Yum soup (real seafood and very tasty), then tried the Fresh Rolls (good size and flavor), and had the Chicken Green Curry for my main. The curry was very fragrant and had a very pleasant broth. Due to business travel, I get the chance to try Thai restaurants all over the country, and I would rank this one very high, in terms of food, service, and cleanliness. Well done! Stop in for lunch or dinner, and you won't be disappointed! 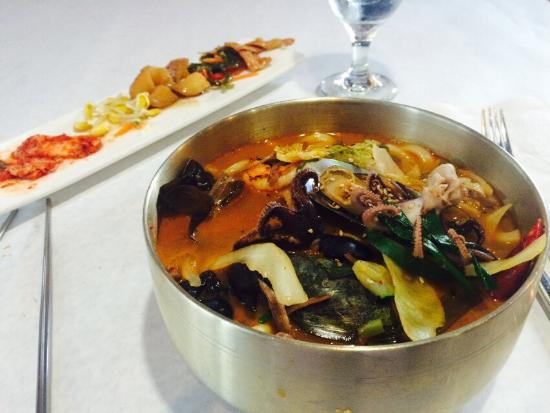 On this visit I had the Lunch Box, which included Bulgogi, sushi roll, sashimi, tempura, and a grouping of small portions of Korean marinated vegetables, plus an appetizer salad. I also dove into a Dragon Roll. So, the short version is that all was excellent. The Lunch Box is definitely a tasty assortment of foods and is highly recommended, and if you have a hearty appetite, pair it with a sushi roll.On past visits I have had the bibimbap, which is marinated stir fried beef with a bowl full of vegetables, over rice. Also delicious and highly recommended.As this is a popular restaurant, particularly at lunch, try and go slightly before or after the prime lunch hour. Highly recommended and one of my frequent lunch spots. 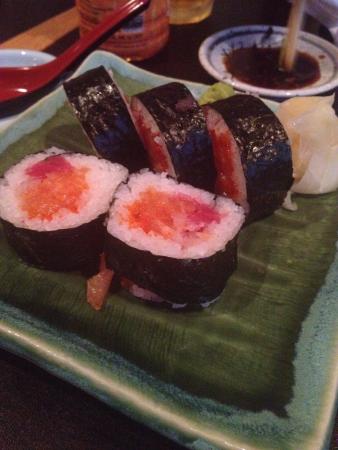 Welcome to Mei Japanese Restaurant. Established in 2000, we are a fine dining establishment specializing in traditional Japanese cuisine great for family dining or corporate gatherings.

I met a friend for dinner on a Wednesday night. We split a couple of appetizers. The deep fried oysters were excellent. I was apprehensive about the whole squid was better than I was anticipating. I ordered the chicken teriyaki for an entree. It came with soup and salad which was good. The chicken came with steamed rice and potato salad. The chicken and rice were cooked ok but I wouldn't recommend the potato salad. :-( 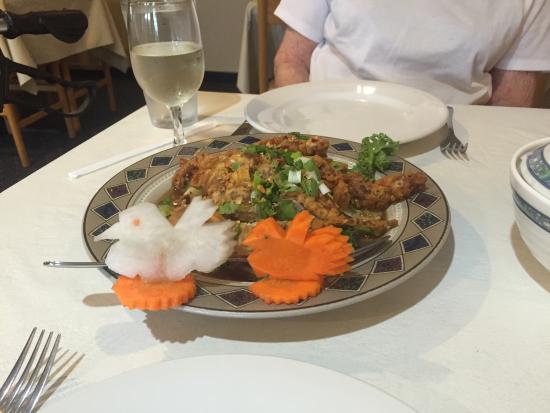 Visiting Cincinnati, decided to have Thai... reviews suggested this should be the choice, everybody raving over it... maybe my expectations were too high, but I found it average at best. Ordered the Ginger chicken stir fry, and the sauce was not delivering any punch, and the ginger was tasteless...chicken texture, very chewie... rice lumpy and dry... even the iced tea was watered down... restaurant feels old, and restroom was a disgrace, along with corridor leading to it... not coming back Gorgeous presentation of everything from simple appetizers to the main dishes. Professional and prompt service. Delicious, tasty, 'scruptrulescent' entrees that really surprised me with the plating and flavors. Cincinnati has a lot of mediocre restaurants. Well, this standout ain't one of them. Head and shoulders above any other Asian restaurant that I have frequented in Cincinnati (former resident) including Korea house.

Where to eat Sushi food in Montgomery: The Best Restaurants and Bars 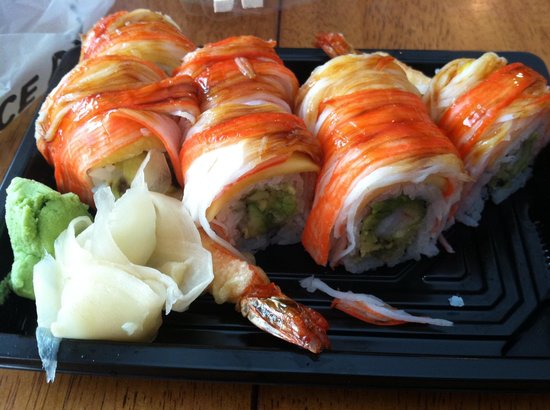 excellent food cooked in front of you on a frill...you can also get non grilled food, if you just want to order something simple...but I love the steak and shrimp grilled, the soup, friend rice all good, the plum wine is superb!!! I highly recommend it! 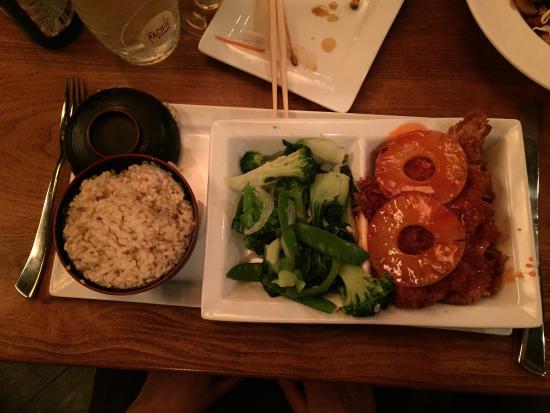 First time visit and I was very pleased. The fusion was really just a variety of Asian dishes from different countries. China, Malaysia, Thailand etc. The only complaint was that it took a long time to get our meals and the place was not busy. Otherwise the place is highly recommended and I would go back anytime.

Checked this place out after reading numerous reviewers rave about the authenticity of the food and experience. Upon entering, the staff promptly greeted us in Japanese much like the norm in Tokyo, Kyoto, Osaka and other eateries we've been fortunate to experience. We had to wait about 10 minutes or so before a table cleared up as every seat was filled -- a testimony to the popularity of Ando.We ordered three rolls as appetizers (pickles/oshinko roll for $5.25; spicy tuna roll for $7.50; yellowtail roll for $7.75) along with tempura ($11.75). Rolls were decent though sizing was small. Wasabi was pleasant and had nice solid kick to it. Tempura was disappointing. For the price charged and what was brought out, I would recommend you skip ordering this.For entrees, my mom ordered the sashimi salad ($14.50) while the boys ordered yaki soba ($10.50) and katsu don ($14.95). I ordered the zaru soba ($10.00). Plating was decent. Ingredients and what was served though was a miss. My zaru soba's accompanying sauce was bland and lacked any real flavor. The katsu don was anemic in that the pork cutlet barely stood out from that bed of rice it was served upon. Factor in that egg and vegetables were noticeably missing, this was a miss as well. The yaki soba was light on vegetables and protein too.For us, this is a one and done. While others rave about this place, its hard to see why. Maybe we were just unlucky patrons whose dishes missed completely. For the price of the meal for four ($87.95), we'd been far better off having gone to Chipotle.

Where to eat Pizza food in Montgomery: The Best Restaurants and Bars