Oceanside is a census-designated place (CDP) and unincorporated community in Tillamook County, Oregon, United States. The population was 361 at the 2010 census. Oregon Route 131's northern terminus is in the community, which is just north of Netarts. Symons State Park is in Oceanside, while Three Arch Rocks National Wildlife Refuge lies just offshore.
Things to do in Oceanside 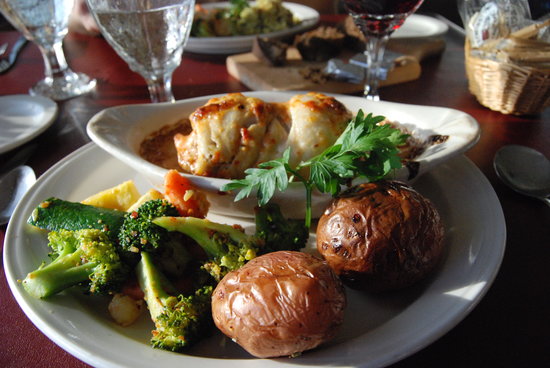 Server Matt was almost too quick but very attentive and accommodating. A December Sunday evening gave us the place to ourselves. The Angels on Horseback - perfectly cooked bacon wrapped around large oysters - were very tasty and a large serving. The stuffed mushroom caps were exceptional and again a large serving. The chicken entrée was horrendous and graciously accepted back with a full credit. The Cioppino was filled with flavor and the amount of seafood within was an experience not soon to be forgotten. All in all, a pleasant experience We wanted a memorable meal for Christmas dinner on the Oregon Coast, but most restaurants were closed. We thought of having pizza at the Schooner Restaurant in Netarts, but that was closed too! But their bar was open and was serving a SPECIAL PHO NOODLE dish...which comes from Vietnam. We tried it and it was WONDERFUL! We learned that this is a special CHRISTMAS TRADITION from Tom Flood and Nancy, so we are already planning to come back next Christmas!

3. The Fish Peddler at Pacific Oyster 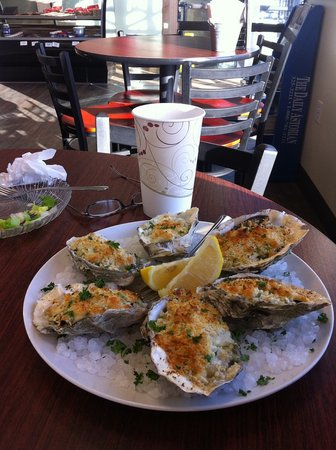 Based on TripAdvisor reviews we went out of our way to try this restaurant and were really good we did. Stopped here on a rainy Sunday and had great bowls of clam chowder, crispy fried calamari, and a dozen raw oysters. Everything was really good and we plan on coming back any time were in the area. Sooooo good!

Blue Heron French Cheese Company offers a gourmet tasting experience and fun for the whole family. Enjoy free samples of gourmet cheese (including our famous Blue Heron Brie), taste the region&apos;s finest wines, and wander thru the one-of-a-kind gift store. Try the Blue Heron Deli with fresh baked bread and homemade soups and salads. Outside your family will enjoy visiting with the animals at our petting farm and relaxing in our picnic area. Open seven day a week, year round.

More of a store than an attraction, but worth a stop. They have lots of things out for sampling.... but lots of unsupervised kids with their fingers in stuff too..... not to appetizing. Cheeses, Dips, Housewares, Books. Lots of stuff for sale. We did the wine tasting and ended up buying a fruit wine that was really good. Plenty of parking for RVs. Probably once you have stopped once, not a place you will go back to.

This is where it all started back in 1996. Envisioned by three inspired founders, a little run-down beachfront building began its transformation into the international icon it is today. The only beachfront brewpub in the Pacific Northwest, this inviting establishment welcomes guests with tantalizing beer cuisine, intimate brewery tours and, arguably, the most incredible beach patio experience around. Gaze in awe at Oregon’s largest Haystack Rock. Watch the surfers. See the sun set. Order another beer.

On the Oregon coast, one should expect, and usually can find, quality, local seafood. We stopped here for dinner based on reviews. The good--well the beer was good. The bad--everything else. Fish and chips were great if you want Alaskan cod. We could have done as well going to the supermarket and buying a box of frozen cod cuts and putting them into the oven and it would have cost a lot less than the $30 we put out for two orders. Frankly, they were terrible. Service for ordering was also marginal; definitely not friendly or helpful. Go to Pelican and have a beer; but, avoid the food! 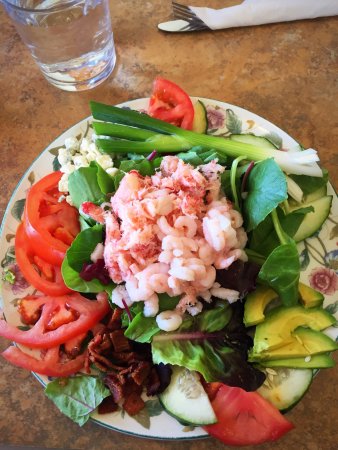 After visiting Cape Meares, we stopped in Oceanside to for nourishment and happened on this cafe. It was very busy, but we managed to find a table by a window that we eventually shared with another couple. My wife ordered a pair of flapjacks (pancakes) accompanied by butter and syrup. These turned out to be too thick so and dry so she did not come close to finishing. I fared considerably better by ordering the breakfast sandy - 2 scrambled eggs, avocado, tomato, cheddar cheese, house roasted red pepper and bacon aioli. Service throughout was friendly. 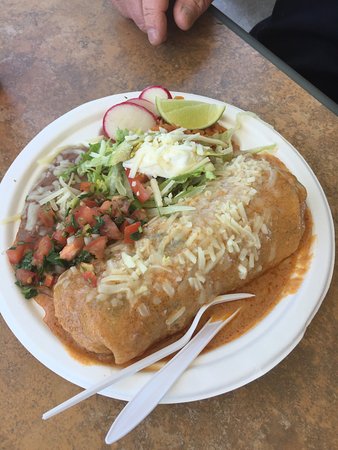 We had the grande burrito. Great. The portion was huge. The staff was friendly and the food was fast. Also tried a beef tongue taco which was great. Definitely go! 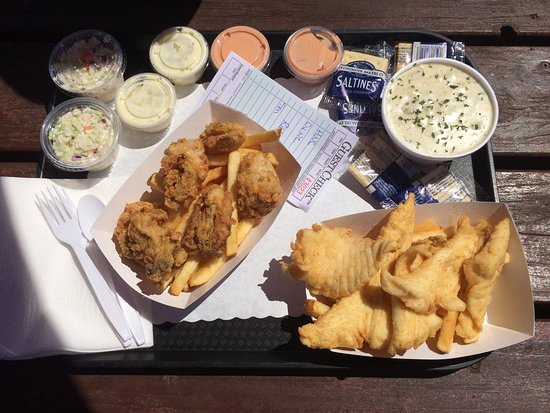 Starving for seafood we discovered this easily missed eatery across the street from the Tillamook cheese factory. Very casual dining, which was perfect as we had just finished an afternoon of kayaking on Netarts Bay. Picnic tables out front between the parking lot and the road worked for us! Fish and chips were fresh and delicious. 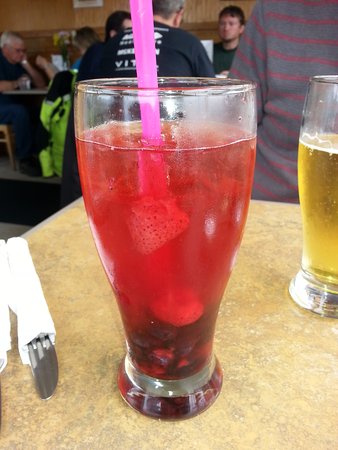 Reluctantly checking out of our Arch Rock room, we took a morning low tide hike through Maxwell Point Tunnel to Lost Boy Beach. A a new storm front moved in and Blue Agate was the perfect place to take cover from the rain and lazily watch the local comings and goings. I ordered the crab taco’s which were deliciously filled with light, fresh ingredients. Lump crab, cotija cheese, avocado, lime, spicy aioli. Husband ordered a Plain Jane hamburger on a ciabatta which he was pleased with. The Café has a warm, cozy atmosphere which seems to encourage spontaneous conversation with fellow diners. 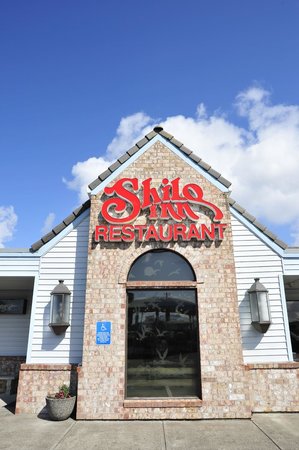 There is nothing better than the combination of great food, excellent service and convenience! The Shilo Restaurant and full service bar are located directly through the main lobby, behind the front desk area. We serve a variety of Northwest favorites along with a wide-range selection of classic American dishes your whole family will enjoy. Walk-ins are always welcome, but feel free to make a reservation.

I was on the fence about going here, based on some other reviews that were mixed overall. The food was top notch, and not what I expected given the atmosphere and general surroundings. It's part of the Shilo Inn Hotel in Tillamook, nestled quaintly between a gas station and a car wash. Let's just say I was not optimistic, but I was staying at the hotel and laziness and convenience won out. Turns out I made the right choice. Staff was very friendly and recommended the Reuben sandwich and the ribs, neither of which I would normally order at this kind of hotel restaurant. Ribs came with a great Caesar salad, I started off with a cup of excellent chowder and then had one of the best Reuben's I've ever had! The ribs were fall off the bone tender, and the portion was enough for two of us plus lunch the next day. Would eat there again.