Top Things to do in Oakdale

Oakdale is a city in Washington County, Minnesota, United States, is a suburb of Saint Paul and is on the eastern side of the Twin Cities Metropolitan area. The population was 27,378 at the 2010 census. Oakdale is the 32nd largest city in Minnesota, in terms of population.
Things to do in Oakdale 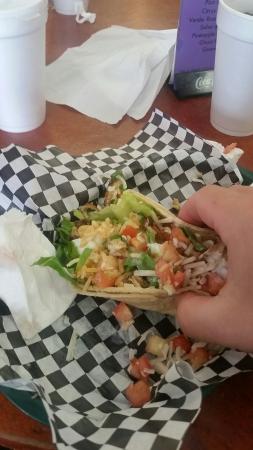 After reading reviews, I thought this place was worth checking out. We went early on a Saturday evening. Not knowing what to order, we split a steak quesadilla and chips with guacamole. The chips were not crispy (the way I like them) and the guacamole had too much lime or lemon juice. I love a good guacamole, but this was not good. On the brighter side, the workers there were pleasant and helpful. They had a nice range of salsas as well. 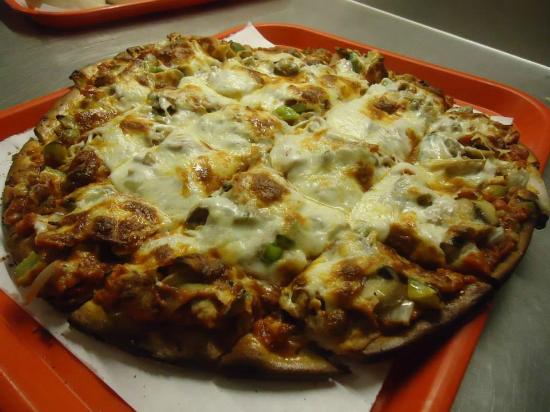 We've been using TripAdvisor on our travels for a number of years now and my family of 4 has never been steered wrong by a review, until now. We had dinner at Ronnally's this past weekend, and we were collectively unimpressed and left to wonder how on earth this place earnedrved its #1 ranking for all restaurants in Woodbury, MN. Everything about the food was plainly average, or worse. The mushrooms on the pizza were out of a can. The green peppers and onions on the pizza were from packages, not cleaned and sliced/chopped in the kitchen, just like you'd get from Papa Murphy's or any other pizza chain. One of three side salads ordered had a really nasty piece of slimy spoiled lettuce in it, not something you'd ever see in an elite (#1 rated) restaurant. In addition, the place was tiny and the seating was cramped. We could easily have reached over and helped ourselves to the pizza on a neighbor's table. I just don't get the #1 rating. We've had much better pizza at Punch Pizza in Woodbury, and when it comes to family run Italian/Pizza places, Donatelli's in White Bear Lake puts Ronnally's to shame. Don't get me wrong, the food/experience at Ronnally's wasn't terrible, but there's no way this place deserves the #1 rating in Woodbury. My family would rather eat at Culver's, Panda Express, Famous Dave's, Davani's, Leann Chin, The Keys, and Punch Pizza if we're looking for a meal in Woodbury. Even Arby's, Wendy's, or Pei Wei would be better than this. We used to come here often. No more. Something has changed recently. The wings were awful. Not done, poorly flavored in more than one style....watery and weird. Many of the ones we used to order have been discontinued. It was NOT a good experience. The guy behind the counter was super nice and helpful but the wings were really bad. It's expensive in the first place but then to throw them out....Nope. 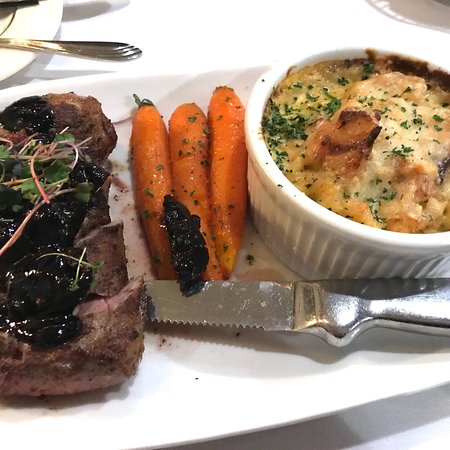 It is our new and favorite family tradition- 5 Years now!! The inn is beautiful this time of year- like a gingerbread house!! We enjoy the amazing buffet that boasts roast prime rib, salmon. Chicken and all breakfast favorites plus an amazing salad bar and dessert buffet! Can’t wait till next Christmas- it’s a wonderful opportunity to step out of the hustle bustle of the holiday whirlwind and reflect on what the holiday is really about! 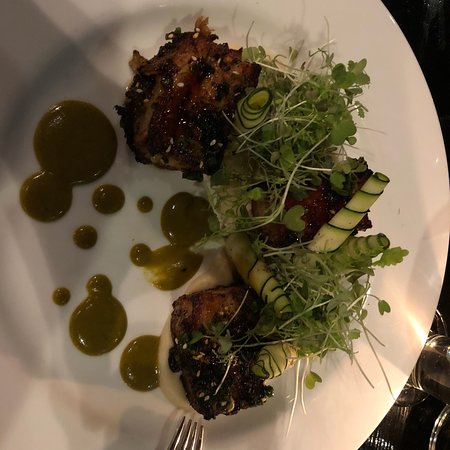 We went to Tongue in Cheek for my birthday. It is a small but funky venue so make reservations! My husband and son each tried a “one bite” appetizer that were flavor explosions! Then we shared the veggie inspired thai salad (will totally get that again!!) and pork tacos. Great combination of flavors! My son got a burger which he also thoroughly enjoyed and he is also “a foodie”. He loved the made to order non-alcoholic beverages and I enjoyed the cocktail flight! So unique and very different tastes! Definitely recommend! 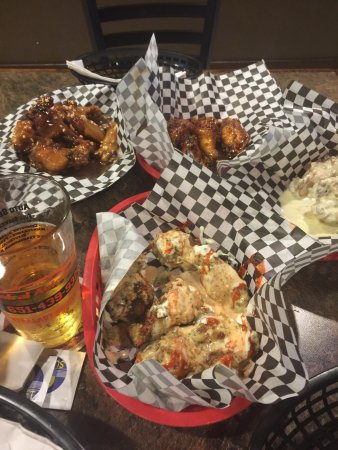 Finally got to D-spot for lunch. I had the :D-Burger double patty topped with coleslaw, fries. Oh my gosh, so good. I am looking forward to going back. The service was great, the staff were friendly and fun to talk too. 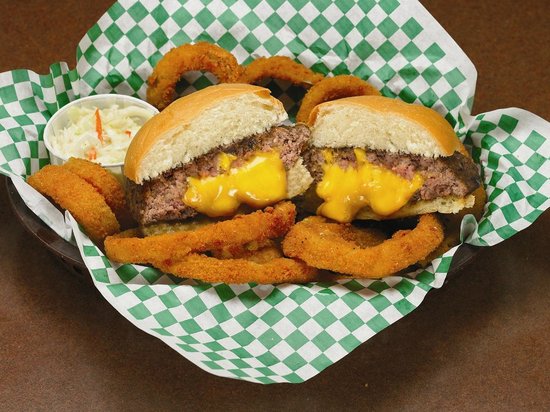 The 5-8 clubs are locally owned and operated in four Twin City locations. 5-8 Is The Home of the Juicy Lucy. 5-8 Has been featured on numerous Food Channel programs and in many local and national food/travel publications. Our goal is to provide an exceptional dining experience in a casual, family oriented restaurant.

Every time I come here I find something else to appreciate. Food is always good, always served hot, and served with some of the friendliest staff you'll find anywhere. Usually I order a juicy lucy but tried a pork sandwich instead which was deliscous. Onion rings were exceptional as well! 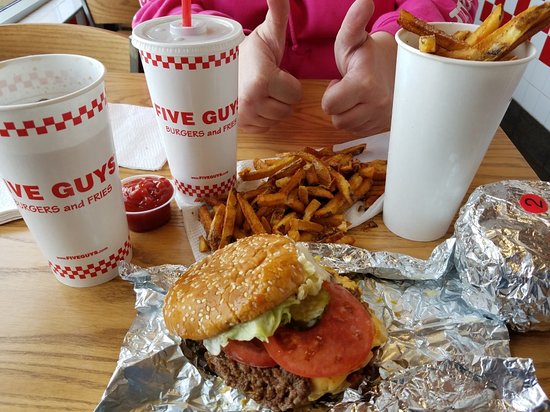 One of the best burgers and fries I have ever tasted. Burgers were cooked upon ordering and fries were made from freshly cut potatoes. Both have great flavors, tasted fresh, and were served generously. Their regular burgers and fries were really big (I barely finished half of the serving) so better go for the "little" ones if you don't have a big appetite. Service was fast and the staff were friendly.

The only issue I had was that the place was a mess with all the peanut shells and used tissue all over the floor and tables. A little cleaning will make the restaurant a much better place to dine in. 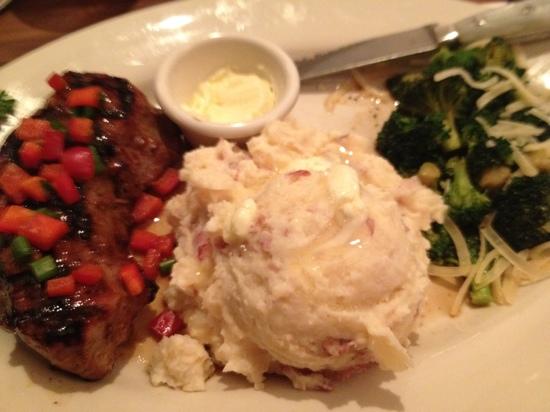 I ordered a couple of beers while waiting for a table. The waitress returned with my change. She gave me $6 back from a $20. That was for 2 beers. You do the math!! And in case your wondering, that did not include the tip. 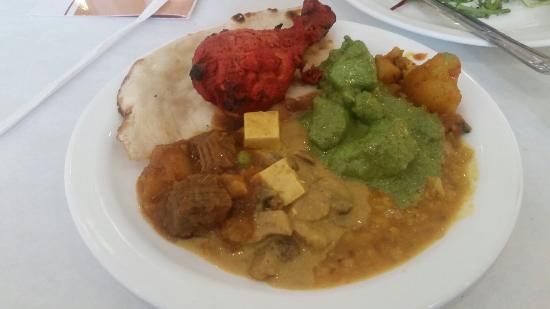 Probably the best Indian food I've ever had. While the options were pretty standard of what you can find at many Indian restaurants, the seasoning was spot on and the naan was super fresh.