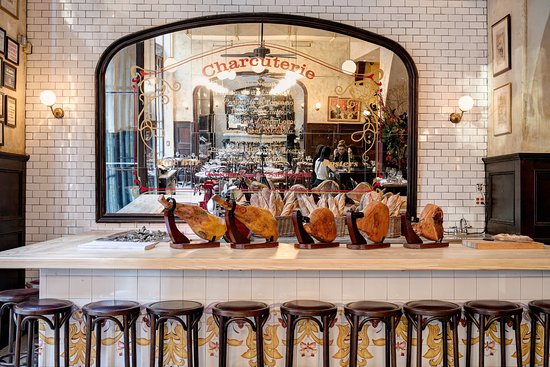 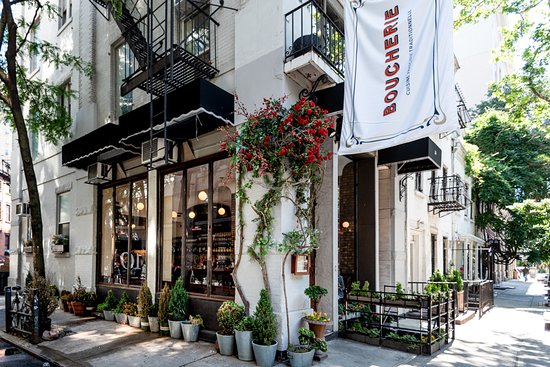 Located at the historic intersection of Christopher and Gay Streets, PETITE BOUCHERIE brings a touch of France to the cultured and eclectic neighborhood of West Village. An intimate window-laden, corner restaurant serves French classics pared with curated

Hey, after a while it's really hard to get excited about a restaurant once you've eaten at a lot of them over the years. But this place makes a great exception! It is well worth the price tag for some authentic Parisian style dishes. The place has a small bar and tables along a fairly good stretch of walls with windows. We ordered an entrÃ©e split for 4 people as an appetizer "Moules Frites" ($27.00) and it disappeared within minutes - delicious sauce! Our mains consisted of (2) Branzino dishes ($32.00ea)which I could not get over how deliciously they were prepared - sophisticated and delicate spices and a texture that I have never experienced before! An absolute winner! Also, ordered 1 Chateaubriand ($31.00) which is a rarity as I have never seen a Chateaubriand plated for just 1 person and deliciously tender. We also had the Canard l'Orange ($32.00 duck) which was spectacular!We followed up with coffees all-around and the Mousse Au Chocolat ($12.00) everything else came from the bar and wine racks. When we made reservations a few days before we had asked for their best table and we got it. Our server Dinah was simply the best - always attentive and quick to respond.Everyone agreed, we had an absolutely memorable time at Petite Boucherie in the West Village! The expense (and they are up their in prices) is totally forgotten because of the excellence of the experience. 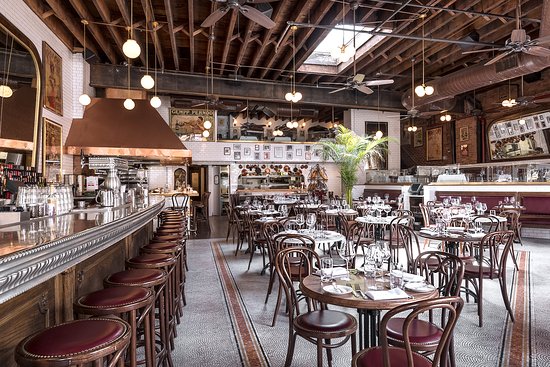 Friends from home visiting and we picked this place because of the good review. Did not disappoint at all! Awesome service (Akin) and amazing dessert and steak! Will come back

Where to eat Mediterranean food in Union City: The Best Restaurants and Bars 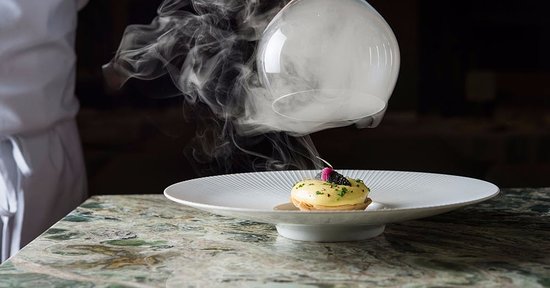 This perfectly centralized NYC award-winning Michelin-starred restaurant offers a comfortably luxurious, upscale Contemporary-French-American & Alsatian-inspired dining experience with a distinct New York Spirit. Gabriel Kreuther has been named one of the

Beautifully prepared food, attentive service. What else you can look for from a restaurant. During our recent US trip this was our big dinner and the restaurant didn't disappoint. Food was exquisite, taste was perfectly balanced. We opted for the less pricey heritage menu and by the time deserts arrived we were full. As expected from a restaurant of this type, wine list was extensive. The staff were efficient and knowledgeable about the food they were serving. Overall highly recommended.Thank you Teertha, for taking the time to share your thoughtful feedback about your experience at Gabriel Kreuther. We are truly happy to hear you enjoyed dining with us and look forward to welcoming you when you're back in town!Kind Regards,Anna [email protected] 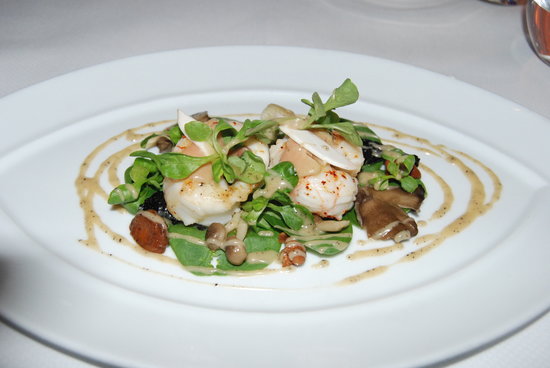 Le Bernardin, Zagat's top pick for 2013, and awarded the Michelin Guide's coveted 3-stars as well as The New York Times' highest rating of 4-stars, has maintained its status of excellence for over 20 years and its international acclaim as one of the world

We had the chefâs tasting menu. The food was mostly good but nothing that special. Iâve certainly had a lot better at single or two michelin starred restaurants. Maybe my expectations were too high. The lobster was very chewy and overcooked albeit the sauce was top notch. The meringue dessert I just didnât like the taste of at all albeit it was a technically accomplished dish. The salmon was out of this world. Overall quite a mixed experience, but far from the best restaurant iâve been to! At the price point, I wouldnât return as it didnât feel like great value. Taking into account the price, I would have to rate it a 3/5. Ideally i would give it 3.5/5 but certainly not a 4. 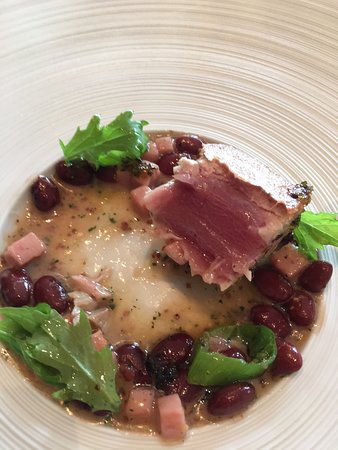 Opened in 2004, Per Se is Thomas Kellerâs acclaimed New York interpretation of The French Laundry in the Time Warner Center at Columbus Circle. Designed by Adam D. Tihany, Per Se features a serene and intimate environment with spectacular views of Central

The manager received us at the door. she was very professional and took us to our table. as it is a set menu, we asked for a couple of extra dishes and they accommodate us. we had the best donuts ever, Light fluffy and balanced sweetens. Staff was extremely helpful and social. we are luck to had to tour the kitchen at the end of our meal. Thank you Sandra