Well-its not stylish. Its not glam. But It is an excellent cafe serving simple but delicious fresh food and worthy of a 5 star rating. The fish and sea food Is excellent. Owners/staff delightful. Very popular with locals and tourists in the know! !!! The mixed fried fish with canarian potatoes is excellent. Great value for money. 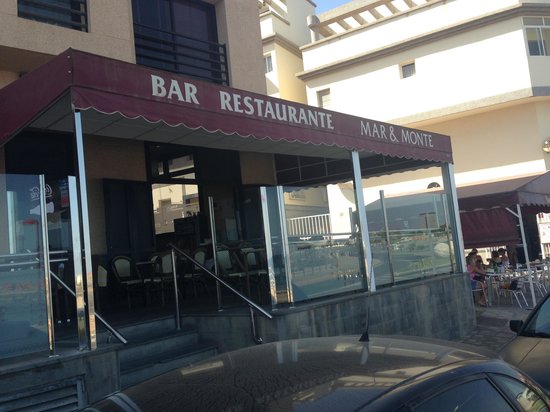 We visited this capital city on a Sunday when many restaurants were closed but eventually found three in close proximity to each other. Having looked at the three menus this restaurant attracted us. It was a real treasure of a place. I chose cod with chilli and garlic and my husband chose cod pieces. Both were delicious. To quote my husband, the chef could teach chefs back home a thing or two as the cod pieces were coated In the lightest of batters. And for both of us the cod was beautifully cooked and moist, and accompanied by a far more mixed salad than is usually served on this island. Canarian potatoes completed a very generous serving. Initially the non English speaking waiter mixed up our order but this was quickly and with no fuss rectified.A highly recommended restaurant based on our visit overlooking a very pretty, and quiet beach. 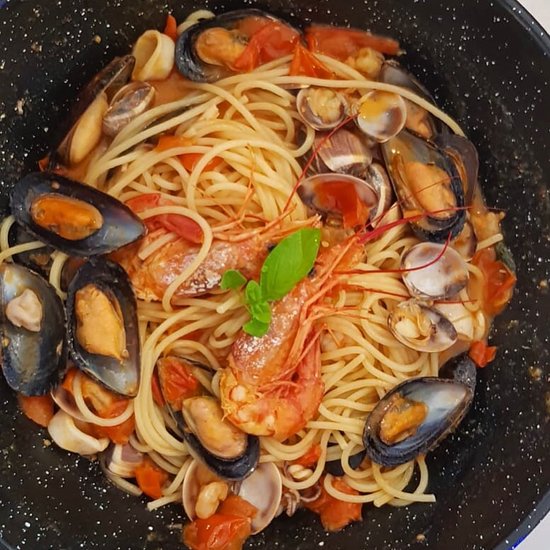 Really enjoyed this Italian restaurant in the city centre of Puerto del Rosario. The environment looked very nice with bright white and blue colours. I ordered the cliff spaghetti while my friend some parmesan cream tortellini and as second course a sea bass. Everything was very fresh and the pasta was amazing, the staff including the owner was great and the price performance very good.I'd definitely recommend and will certainly be returning. 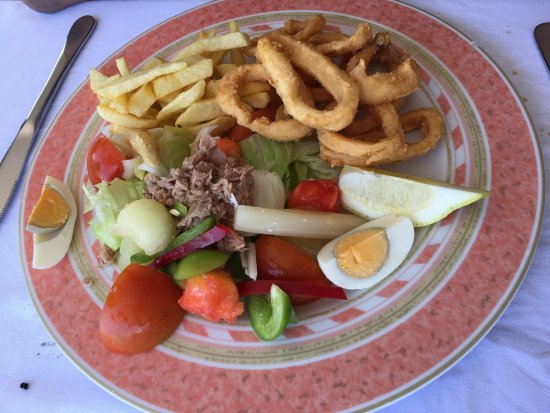 We went to el Cangrejo Colorao (why not El Cangrejo Colorado?!) with friends, who had been before, for lunch. Location is lovely, although sadly on this occasion a little too chilly to sit outside. Picture windows,though, allow a lovely view of the bay, right on the seafront. We had the menu del dÃ­a at â¬15 a head, terrific value. The first course,a mixed salad, was a meal in itself. For main, a voice of fillet steak or fish, both first class, followed by a choice of deserts- we all chose the sorbet, being pretty full by then. The price includes a drink (wine or beer), three courses, coffee, and we were given a complimentary liqueur at the end. All of the food was perfectly prepared, cooked and presented. Service was timely without being over-attentive, and the ambience verybnice indeed. We were the only British diners there, the rest of the near-full restaurant was occupied by locals, always a reassuring sign. I really, really recommend you seek out and try this fab little restaurant the taberna de jack is a cozy restaurant, where you can taste the best delicacies of fresh fish in total family atmosphere. The pasta is made fresh according to the best Italian tradition.

We hadn't planned on eating here but were really pleased that we did.My mum and I came across this restaurant by chance and were drawn in by the Dish of the Day board outside. After an initial language struggle which lasted less than a minute we had happily ordered 2 dishes each from the specials board and waited for our drinks. The atmosphere was relaxed and bright; there were couples and families all around who were chatting and smiling which we took to be a good sign. Our drinks were brought over quickly, along with some complimentary bread. After a short wait, the first course came out. Delicious. The second course was the same. The staff were polite, welcoming and willing to help. The dÃ©cor was nautical, clean and fun. The prices weren't too bad either. Overall our trip to this restaurant was a happy accident that I'd gladly repeat.

Where to eat Pizza food in Puerto del Rosario: The Best Restaurants and Bars 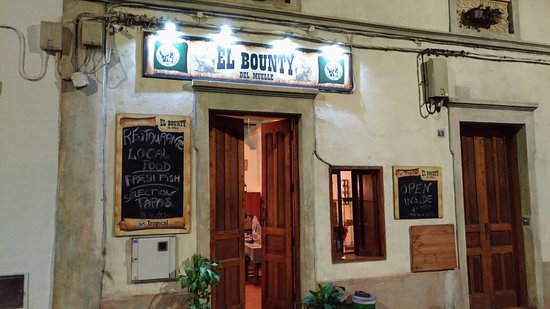 An early evening visit before a trip to the theatre did not disappoint. The food was fantastic and some of the friendliest service I've had. It felt like we came as guests and left as friends. We had gambas to startThis is only a small restaurant and all the tables were reserved so book before you go. 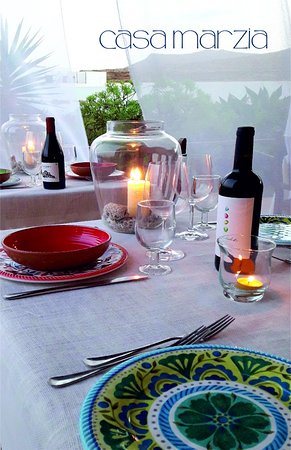 newly open restaurant, lovely atmosfere. A place where you can relax enjoying good homemade food... The terrace and the nice weather of the island allowes to eat outdoor most of the time. We have a good wine cellar with local wines from Lanzarote. Don't m

Having read the other excellent reviews, my husband, son and I chose to find this place for a final meal in Fuerteventura before our flight home yesterday. What a great restaurant! A very warm welcome, beautifully cooked and presented food, and in a quiet setting with views of hills over the greenery on the terrace. Everyone was friendly - including the other guests. We ordered from the specials and the main menu, and were delighted with all our starters and main courses. The fillet steak served on the hot stone was perfectly cooked and the tiny octopuses in a tomato sauce delicious. The avocado starter and the tuna carpaccio were works of art. A short drive back to the airport, but sadly not enough time to sample the dessert menu. Next time perhaps! Overall, we would all highly recommend -and return - to this delightful restaurant.