Best Seafood restaurants nearby. Discover the best Seafood food in Murrieta. View Menus, Photos and Reviews for Seafood restaurants near you.. Murrieta is a city in southwestern Riverside County, California, United States. The population of Murrieta was 103,466 at the 2010 census. Murrieta experienced a 133.7% population increase between 2000 and 2010, according to the most recent census, making Murrieta one of the fastest growing cities in the state. This population boom in 2010 surpassed the population of the historically larger and more commercial city of Temecula to the south for the first time since the incorporation of either city. Temecula and Murrieta together form the southwestern anchor of the Inland Empire region. The Murrieta-Temecula-Menifee Urban Area had a population of 441,546 at the 2010 Census. Largely residential in character, Murrieta is typically characterized as a commuter town, with many of its residents commuting to jobs in San Diego County, Orange County, Los Angeles County, Temecula, and Camp Pendleton.
Things to do in Murrieta 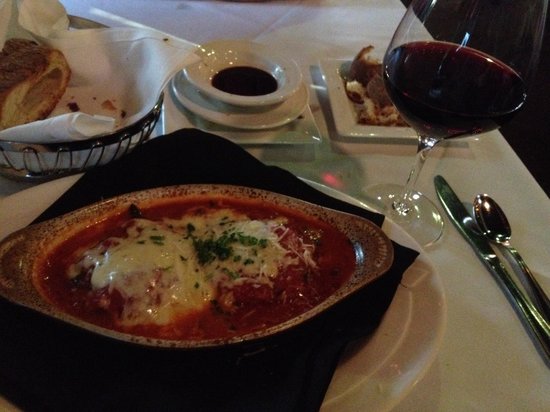 We have been dining at Anthonyâs since they opened. We have celebrated many special occasions and birthdays with friends and family over the years. The servers really go above and beyond to make sure your dinning experience is top notch and make you feel welcome. Today we stopped by for lunch. Fridayâs are a great day to eat at Anthonyâs. There are a few special items that they serve on Fridayâs only like the clam chowder and stuffed pork chop. The clam chowder is delicious and the pork chop is out of this world. Kudos to the kitchen staff! The pork chop is cooked perfectly and moist every time. All the pastas are very good. We love the lasagna and fettuccine. We also tried the chocolate eclair today, which was a special today. Iâm not a big fan of eclairs but WOW! I am a fan of Anthonyâs eclair!! It was amazing!If you feel like having a drink the bartenders are great. Best martinis in town!Great appetizers too!Anthonyâs is a great local restaurant. You wonât be disappointed! Thank you for your detailed and positive review! We agree the our staff is second to none and are our most important asset to treating our guests right, as well as our kitchen staff for delivering amazing food, consistently. Thank you again and hope to see you soon! 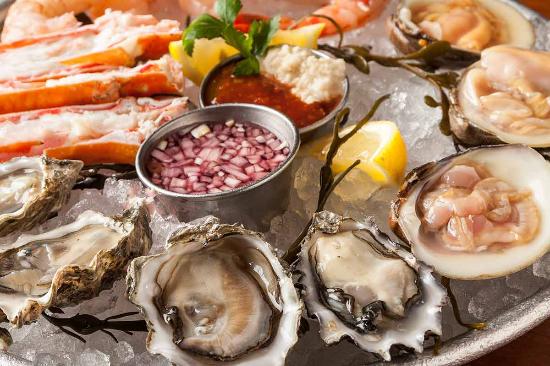 We have dined here a couple times for lunch meetings and itâs always been delicious. Our party enjoyed the halibut, fish tacos and a shrimp salad. The warm sourdough bread is nice before and during the meal. Our waitress, Michelle, was awesome! Itâs nice to take clients to a spot that you donât have to worry about the service! Stop by the seafood market when you leave for treats to cook at home. 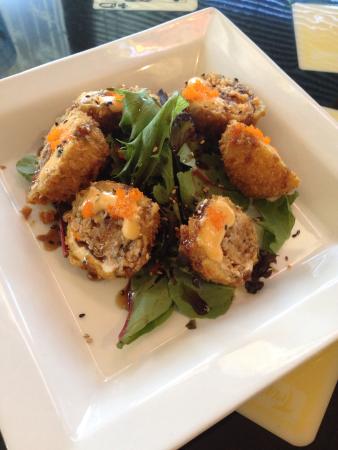 This place was great and I was surprised there was only one other review for it. Slightly hidden location but great patio and indoor eating area and awesome staff. I ate veggie tempura and dragonballz, which was garlic albacore, cream cheese, and spicy mayo deep fried in balls-- very inventive and delicious. My sister got a make-your-own lunch bento and got exactly what she wanted (gyoza and seared ahi), but there were many options to choose from. We will definitely be back.

We went for a late lunch. We like to come here as the variety fits anyone's palate. Service is good but they are not overly attentive to the point you feel rushed. We usually take time and catch up on life. There is the typical salad bar, a cold fish bar and that is before the sushi. The soups are plentiful. The hot food selection is endless; whole fish, chicken, beef and multiple meatless dishes. If you have room dessert has fruit, ice cream, Asian cookies and the list goes on. They have specials that include children eat free and senior discounts. . Value is amazing. Quality is not 5 star but we are not paying for that standard. If you are careful it is possible to have a good inexpensive meal.