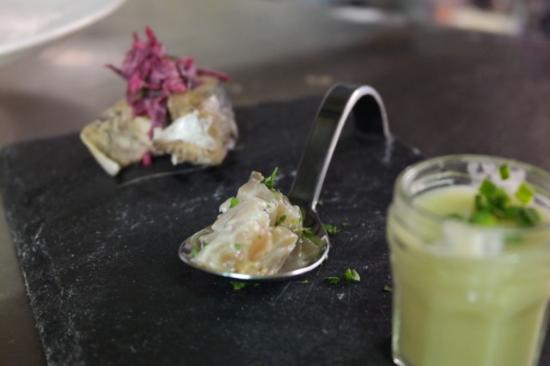 Based on the reviews and trip adviser we decided to have lunch here when we were visiting Galloway. It was as good as all the reviews said it was.The service was great and the food was incredible. We really enjoyed the humor of the gentleman who served us. When asking if things were good he said âno theyâre terribleâ. Then he said why would I say it was anything but good.It was all incredibly good. The mussels were as good as Iâve ever had and the sauce was delicious. The crab legs were also exceptional and the scallops were perfect. We love the small town atmosphere. If you are in the area do yourself a favor and have a nice meal here. 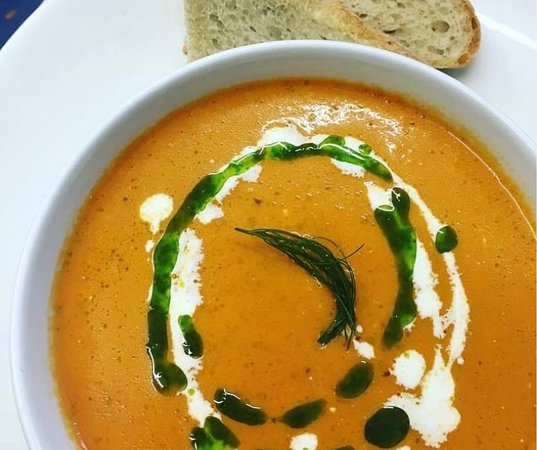 My wife and I had just arrived in Lerwick and were strolling around for a place to eat. We ended up having lunch at The String. The food was outstanding and we felt that it was reasonably priced. Between us we had a Pork Bao Bun, their soup of the day (potato), Shetland Haddock in beer batter and another special, small langoustine. Everything was delicious. Service was attentive and friendly. 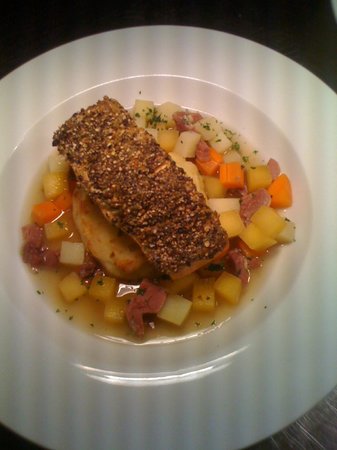 Busy local restaurant with outstanding sea views of Scalloway and the island of Trondra that specializes in simply prepared local seafood, served in a relaxed and friendy environment.

I visited with a friend for lunch. The menu is not huge, but I would have been happy ordering any item off the menu. I eventually chose the fishcakes (2) which included a crisp salad. Very nice, and priced at just under Â£10. Well worth a visit! 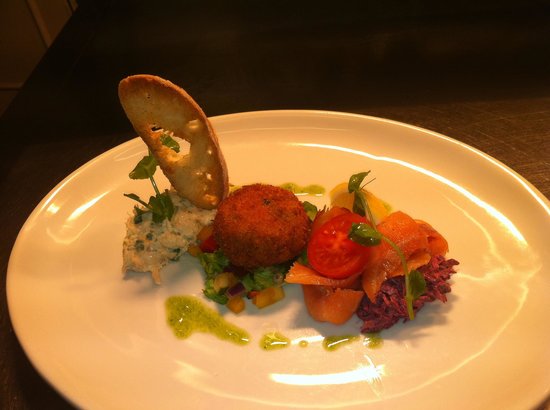 Our first dinner in Shetland at a venerable old hotel right on the waterfront, with a window table. Very good food, but the worst service we encountered in 30 days in Scotland and England. Our young server, it must be noted, did not have English as a first language, and the woman who seated us did not appear to be supervising him in any manner. Several tables besides ourselves had problems. At one point, the incongruous Mexican music playing got stuck, and repeated over and over as we all went insane. Our server said it wasnât his responsibility, and it went on for about 10 minutes before someone else fixed it, and put on traditional Scottish music. The next table had two couples whoâd made a big dent in two bottles of wine, the only thing on their table. He came by and asked them if anyone had taken their food order, and they replied in exasperation, that he had himself taken the order, a long time ago. I tried several times to get a second glass of wine, asking over and over again, but being unable to convince him to bring it. Finally, our food finished, we tried to get coffee, but he told my wife flat out that no, she could not have decaf; he didn't say there wasn't any, he said she couldn't have any. Then, when he brought the bill, I was flabbergasted to see that heâd charged us for my second glass of wine that heâd never brought. I was pretty upset, and he took back the bill and deleted the wine. As I had the card machine in my hand to pay our bill, I was contemplating whether to tip him; in Canada, 15 per cent is standard, and thereâs an expectation you tip something no matter how bad the service has been. As I pondered, he grew noticeably impatient and snatched the card machine out of my hand, then hit buttons and completed the transaction, and then handed me my copy, scolded me that that's how the machine works, and walked away. I was absolutely outraged. It didnât mitigate the situation at all when I checked and confirmed that he had not given himself a tip. Any thoughts weâd had of returning to the restaurant disappeared immediately.