We've driven past this place probably 20 times in the past year rushing to the ferry and home. Never had the time to stop, except for this past Wednesday during Happy Hour from 12-6. $5 well drinks and wine, $1 clams, and $2 oysters. The fresh fish was phenomenal and the burger at the suggestion of a lovely hostess was amazing. Probably the best tasting burger on the NF, and for the price, unbeatable. Since lunch was so great, we asked about take-out for dinner and it was suggested that we try the bucket of chicken special with two sides for $24. We did, and were not disappointed. The coating was fresh, and not greasy -chicken cooked perfectly, and with a little extra seasoning on our part - perfecto. Our sides were Mac and Cheese and Cole Slaw. Other choices were Onion Rings, and FF. Our daughter is an expert in FC and said this was the best on the NF. Since then, we've ordered 2 buckets for a family celebration. All the grandchildren loved it and it was more nutritious and cheaper than a loaded pie. Give it a try. Nothing too fancy and the menus are available on line. 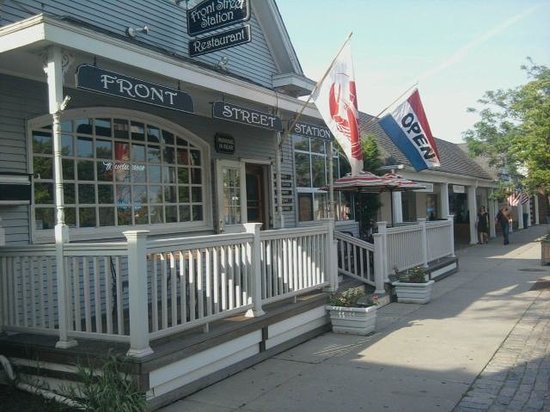 My wife and I were in Greenport on Sunday. We decided to stay and have an early dinner. We walk around and look at many places. We came across the Front Street Station. We look at the menu and were not sure, but gave it a try We are so pleased we did I had the fish and chips the fish was very good and the fries were different, the owner told us they were called side winders. They were very tasty and were served hot. My wife had the broiled flounder. Luckily for me she let me have a small taste. It tasted so fresh, you were sure they just got off from the boatService was excellent, the owner helped everyone and brought us our meal. He checks with us to make sure everything was fine. I highly recommend the Front Street Station 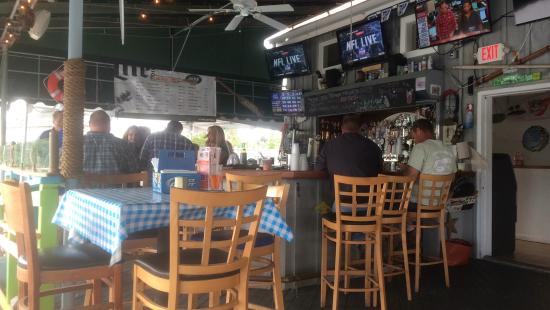 This charming, down-home, and very rustic place (plastic chairs) is just terrific - the waitstaff is so friendly, the food (and drinks) come rolling out, and the ambiance is very Cape-Cod. Went to this place with a large family group and had terrific service twice. One day it was pouring rain (sometimes through the tarp roof), but the waitress still smiled and called everyone "Darling." It feels as authentic East Coast as you can get. I was especially impressed with the Manhattan clam chowder, which was much more reminiscent of the Portuguese fish stew I have had in Providence RI. It was that good. 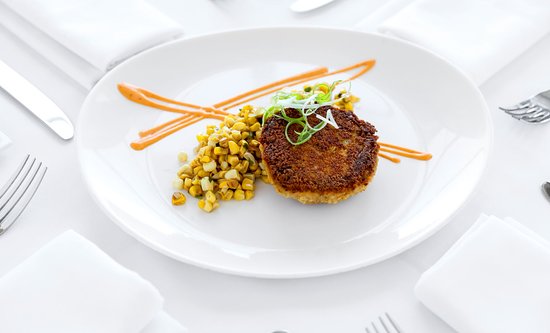 We were so happy to go to Claudio's yesterday, for lunch, outside, overlooking the water. The view was fantastic and our meals were also. The quality of the lobster and fish was outstanding! The serving sizes were surprisingly large and the service was excellent. This will be my place to eat whenever we return to Greenport!

This was our 4th visit to this restaurant. We had reservations and were promptly seated. We were greeted by our waiter, Justin, and he took our drink order. We asked for samples to taste of the beer and wine which he graciously provided. Next we ordered fried calamari and clams oreganato which we shared. Both were very good and the calamari was tender and not over cooked. All of us ordered the zuppa de pesce. There was a lot of mussels, clams, shrimp and calamari over linguine. The linguine was just the right amount but the seafood was a nice healthy portion. The wait staff is very pleasant and our waiter, Justin, was exceptionally nice and attentive. Justin is probably one of the best server we have had in recent memory at any restaurant. Justin made our dining experience at Porto Bello very enjoyable. Give Porto Bello a try, you won't be disappointed. Come for the considered and approachable coastal American fare; linger for the convivial and vivacious atmosphere; stay for an unparalleled East End getaway.

We ate outside on the patio of American Beech. Stunning space inside and out, brilliantly finished and decorated. They allowed our French Bulldog to sit outside on the patio while we dine on a very fresh and generously portioned Lobster sandwich with avocado on focaccia, and an egg breakfast sandwich on pretzel roll. Couldnât have been improved. Perfect.

10 Things to Do in East Marion That You Shouldn't Miss Where to Eat in East Marion: The Best Restaurants and Bars Noah's is a lovely restaurant located right on Front Street. Their menu is varied and you can order small plates or regular sized dinner entrees. We had their Octopus Skewers for appetizers and they were really delicious. We also ordered their Seafood Pasta and Striped Bass entrees. Both we well prepared, fresh and delicious. 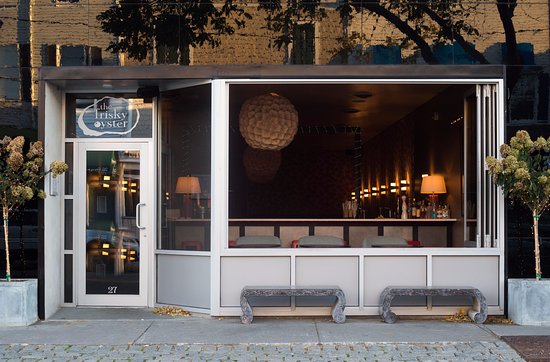 The Frisky Oyster offers imaginative cuisine in a sophisticated, metropolitan atmosphere craved by locals and visitors for years. Our menu changes daily to showcase the most exceptional, local ingredients. The local and international wine list is personal

Reviewed By Carrie B

Food was deliciously prepared, but plan on spending $ hip, cool vibe, attentive service. Felt like we we in NYC exciting cocktails. Canât wait to return 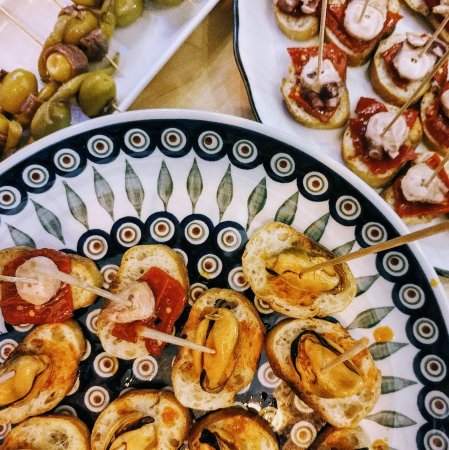 Working waterfront revival on the half shell. Shuck your own oysters at one of the waterfront picnic tables. Shucking instruction and gear provided! Oysters on the halfshell also available. Featuring our own Little Creek oysters from Peconic Bay as well a

Ate there last August, I believe, and I loved the oysters. Weâre out for the week and decided to see how well they are doing. Better than ever. The oysters are luscious, in the words of Dudley Moore in the movie 10, â...a conservative 11 on a scale of 1 to 10.â The atmosphere is informal, friendly and funky.