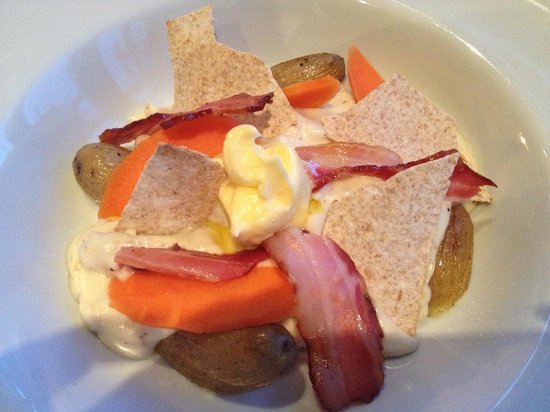 Was there this evening with friends. It was very, very busy but that's no excuse for the bad service we received. We waited almost 1 hour after eating our main course before I finally caught the attention of a waitress and asked her to clear our table. The waitresses were too busy clearing the unoccupied tables. Then I had to ask for her to bring the desert menu. There was no drought beer because they're getting new suppliers! The choices on the menu were very limited, not enough meat dishes. My hamburger was very good though. We were so disappointed. 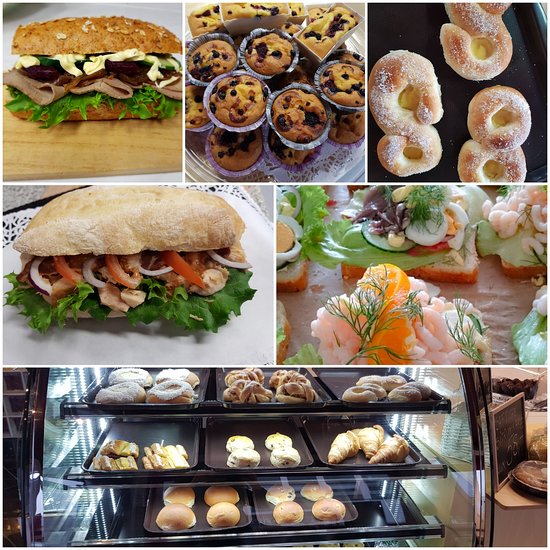 Cafe/bakery where customer satisfaction is our main focus. Delicious sandwiches, wraps and salats are made of/with fresh ingredients while you wait. If you prefer something sweet a wide variety of cakes, cookies and pastries are available. Gluten- and lac 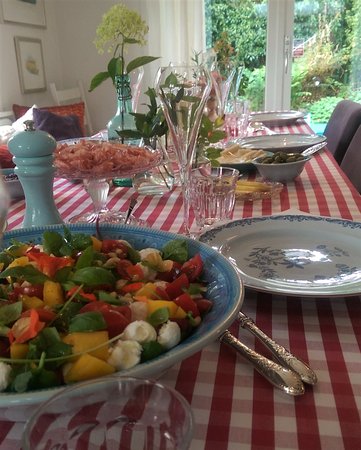 FIRA is a home restaurant meaning that I invite you home to a different restaurant experience in my own dining room. I can accommodate groups of 6 -12 people who have pre-ordered.The food is homemade and seasonal produce. I prepare menus with accompanying

Where to eat Italian food in Sandnes: The Best Restaurants and Bars 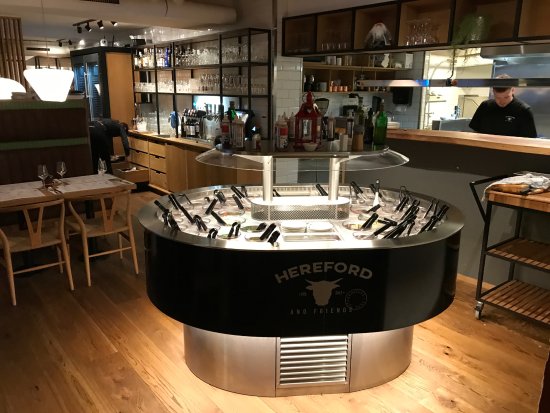 The atmosphere at the restaurant was good and we got menus fast. You write your name on a card and put in what you want to order from the menu. The menu contained both small and large chunks of meat which is good and they also have a wagyu option if you are ready to pay 345 kroner per 50 gram. The food was served in reasonable time and my sweet potato fries were good and the meat was also fried to medium according to my wish and the taste was great. It was not super tender but absolutely a good piece of meat. The Bearnaise sauce on the said was also very good - but I would have liked to see more sauce options on the menu. The only negative thing I can think of is the sad little bush of brocollini that was on my plate - it was not worth the extra 35 kroner. Dessert options were also limited with very safe options like ice cream, pannacotta, creme brulee and apple cake. I had the pannacotta and it was a bit uninspired - spend your money on the meat instead. I hope to check it out again if I'm in the mood for a steak! 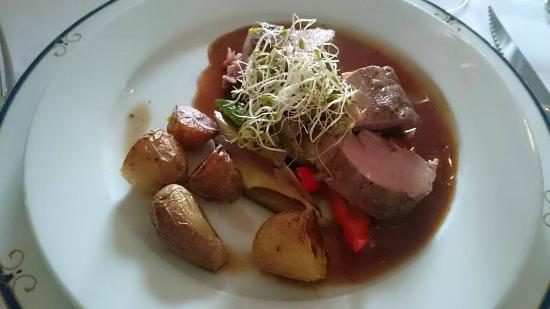 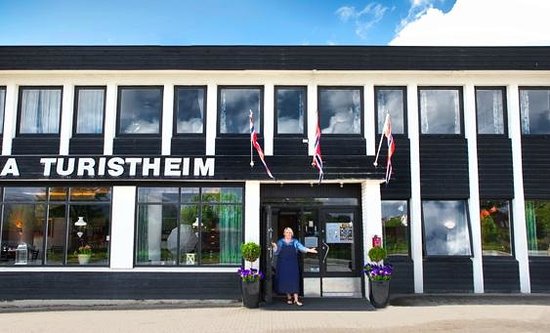 This is a typical restaurant in Norway, a casual walk-up and order cafeteria-style establishment. (I would say 99% of the restaurants in Norway are like this--the only places in Norway you are likely to get a sit-down waiter-served meal might be in a fancy hotel or other very up-scale establishment--at considerably higher prices, I might add.) That being said, Lura Turistheim in Sandnes, a suburb of Stavanger, is the real deal....home-cooked Norwegian food. Service, such as it is, is good, and the restaurant is clean. Tap water & coffee are free with your meal.Thursday is "komle day" in Norway, where nearly every Norwegian has komle with all the trimmings. Komle is a potato dumpling, traditionally cooked in salt-lamb broth, on a plate with a piece of boiled salt lamb (not salty at all), sausage, erte stuing (cooked dried peas), mashed rutabaga (kolrabi in Norwegian), and of course, the ubiquitous currant jam, The size of the potato dumpling is a factor of region: the largest ones--the size of large apples or grapefruit--are in Oslo, I've been told. These at Lura are typical size served in Jaeren, the agricultural region that runs from Stavanger south almost to Egersund, and from the sea east to the mountains. They are smaller, the size of a small apple,The Lura is one of the best restaurants to get komle--eat in, or take away. It will be a large meal (remember, you are in farm country here, so hearty meals are the order of the day.) You can order a large plate (3 komle), or small (2 komle), and will be asked if you want "fett" (melted lamb fat) or "smor" (melted butter) poured all over it. Norwegians traditionally serve fett or smor poured over many types of meals, (rather like gravy, but just melted fat.) And you'll be asked if you want "flesk" topping: this is small pieces of crispy-fried lamb fat topped over your meal--something like bacon, but not smoked. Flesk costs a little more, and is delicious! You should try it!Lura offers other traditional Norwegian meals (like karbonnada, a beef meat patty often served with grilled onions & bread; and salmon, and other Norwegian specialties), but their komle is probably the most popular. You can't visit Norway without trying komle, and Lura is the place to get it! 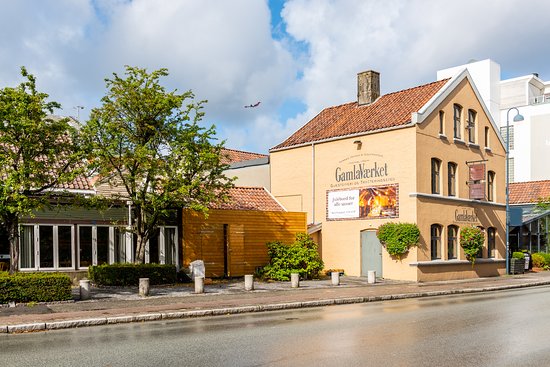 During "100-week" we, extended family, stepped in here for a lunch. In spite of busy day, they managed to put together table for all of us, 8 persons. Smiling waitresses, good food and beverages made this a nice visit. Much better than we last time were her, 2-3 years agoHei Tusen takk for hyggelig tilbakemelding fra100-ugÃ¥. Tenk vi solgte over 5400 tallerkener! Vi har denne retten og selvfÃ¸lgelig mye annet godt ogsÃ¥ pÃ¥ menyen. Hjertelig velkommen innom! 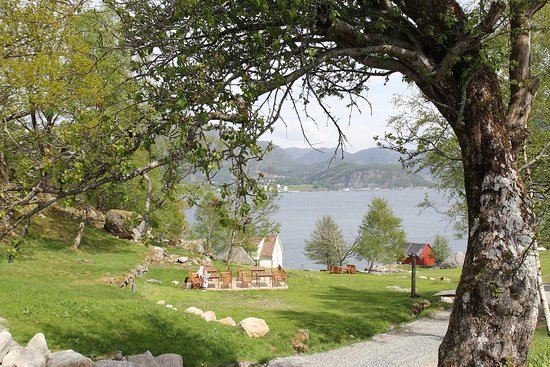 Next to the Lauvik-Oanes ferry and easily reachable by boat is this lovely tea room/coffee shop, located in an old farmhouse and with plenty of country charm. Good coffee and pastries, lefser were a bit disappointing. Upstairs gift shop offers nicely curated selection of stylish souvenirs and decor.Dear AstridGOThank you for rating us at tripadvisor. Really nice too hear that you enjoyed your visit at Bakernes Paradis. Expecially nice to hear that you liked our old farmhouse. This hous was actially built in the early 1800s. Apart from lifting 1/3 of the roof in the middle, the house stands as it did at that time. Thank you for recommending us. We hope to welcome you back again in the future. Best regardSara Isabelle NyheimOperation Manager 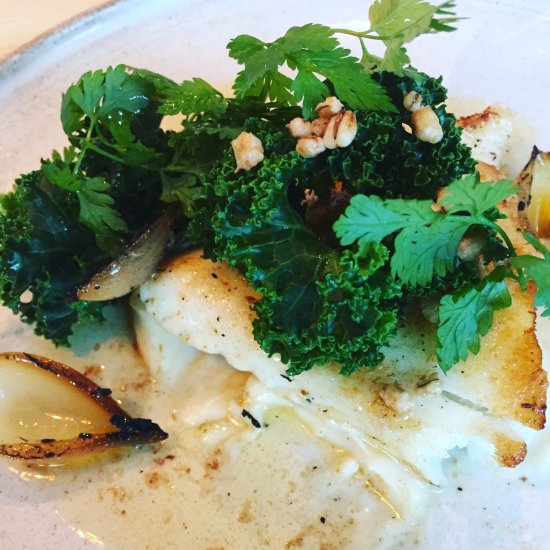 Overlooking Sandnes Harbour this is a great place for lunch or dinner. The cosi bar with its fireplace and comfortable furniture is perfect for before dinner drinks. The modern dining room offers views into the spotless and quiet kitchen. Quality of food is great and the service exceptional. My new favorite restaurant. 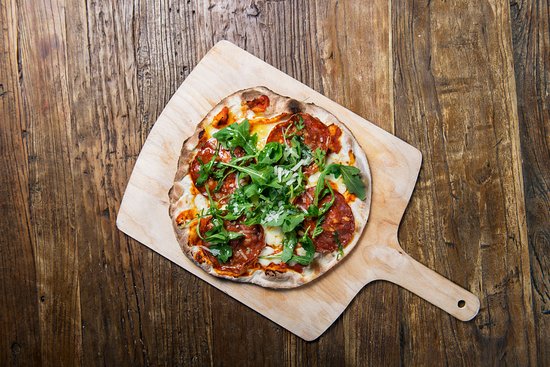 Casual restaurant with a nice variety of food. Focus are on quality, flavour, service and atmosphere. We serve lunch, dinner and tapas.

We have been out to different restaurants in Sandnes and accidentally stumbled of Delikatessen by Foodfighters here on tripadvisor. It had the best rating in Sandnes which made me very curious as we have been served excellent in other locations. Place is a cafe during the day and transforms to a restaurant at night. I couldn't get a lot of information from their website, so I just send them an e-mail. I quickly got a reply from a very helpful Johannes which explained the concept a little better. We went with another couple and opted for the large tasting menu. We did not get disappointed. Champion local products, the menu was delicious in all ways. Starting off with local cold meat, continuing with butternut salad with kale and feta, chicken kebab, fish taco and mussels with fries....everything was presented nicely and tasted delicious. The staff was very friendly and explained every dish. Every dish in the tasting menu was also available for order on the a la carte menu. That menu additionally had a variety of burgers and pizzas. Other customers had burgers and they looked very appetizing as well. The price was adequate for the quality of food and we will be back for more :-)