Most Popular Restaurants in Warwick

Warwick (locally /ˈwɔːrwɪk/) is a city in Kent County, Rhode Island, United States. It is the second largest city in the state, with a population of 82,672 at the 2010 census. The city of Warwick and T.F. Green Airport are located approximately 12 miles (19 km) south of downtown Providence, 63 miles (101 km) southwest of Boston, Massachusetts, and 171 miles (275 km) northeast of New York City. Its mayor has been Scott Avedisian since 2000.
Things to do in Warwick 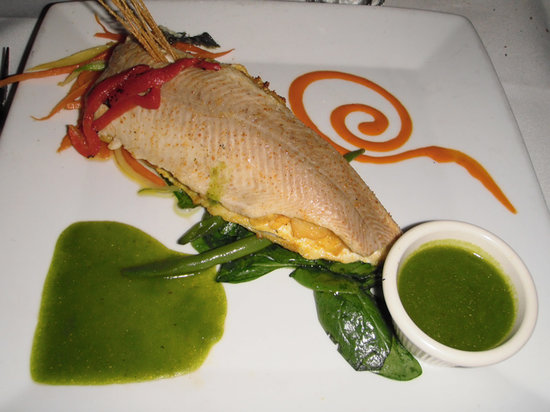 I love coming to Spain restaurant because there is a very high level of professionalism, creativity and fresh ingredients when it comes to the menu/food. Only the finest ingredients are used and it shows. The staff are incredibly friendly and attentive. I’ve had several meals and everything I’ve ever ordered was cooked to perfection. It’s a warm and inviting atmosphere, not stuffy or pretentious. You will not be disappointed! 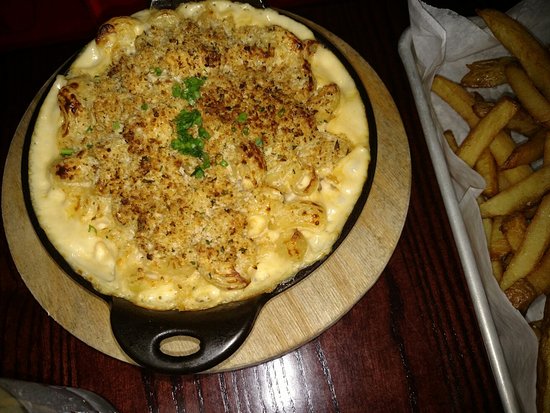 We had dinner for the first time, at Iron Works Tavern tonight, and honestly, our restaurant choice was out of convenience. We were blown away by the delicious food, cocktails and service! We had an early dinner off their half price appetizer menu, offered between 3:00-6:00. So, for a very reasonable price, we had a great, well balanced dinner. Their full menus are very inviting. Our server, Kayla, was awesome! She was very helpful, personable, and provided us great service. She was attentive, without being overbearing. She was just perfect.
I highly recommend Iron Works Tavern! 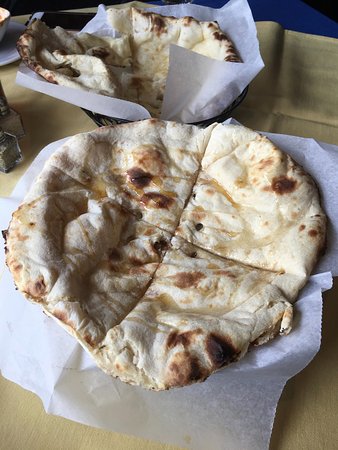 Diverse flavors and textures will explode in your mouth as you enjoy our traditional cooking style based on techniques from all around India. Our menu has something for everyone&apos;s taste buds. A customer favorite includes our delicious chicken tikka masala which combines unique spices and flavors to create the perfect curry dish. We also have a full bar offering delicious cocktails that are very imaginative and refreshing. Rasa Restaurant is open for lunch and dinner 6 days a week with take out and catering options available. Offering top-notch services, we&apos;re dedicated to providing our customers with a great atmosphere and irresistible Indian cuisine. Come experience real Indian flavor and style at Rasa Restaurant.

As a 2 year+ customer of Rasa I will not be returning, and will advise my friends, family and coworkers to do the same... Service is always spotty, and having to deal with one particular waiter who asks me out and or hits on me whenever I dine in has worn thin. I go there to eat, not play love connection. BUT after all the bad experiences, and burnt food it's time to call it quits. During my last trip to Rasa I was told I would have to pay extra for free chips that are brought when you first sit down, what??!! Good attempt at trying to shake down customers. So unclassy. I'll drive a little further for my Indian food thank you! 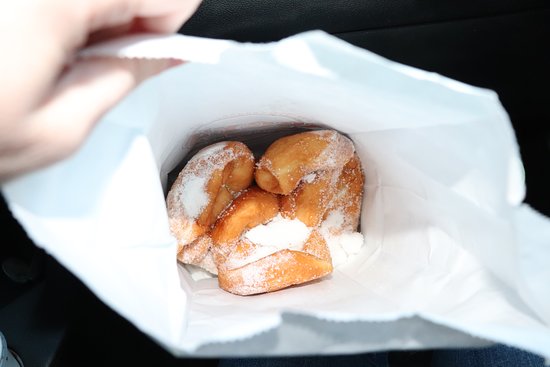 Iggy&apos;s Doughboys & Chowder House, a Rhode Island dining landmark with two fabulous locations, Warwick and Narragansett. Iggy&apos;s has been awarded Best Clam Shack honors from Rhode Island Monthy and featured nationally on CBS&apos;s The Early Show as their pick for the Best Clam Chowder as part of their: Taste of America.

We went here because we needed true RI food and Iggy's was the answer. I had clam cakes and RI clear clam chowder. Just delicious! We ended our meal with doughboys and weren't disappointed! This was not expensive, but one of the best meals we...MoreWe are so happy you were able to visit us. Thank you for sharing your experience and for taking the time to write such a great review. We enjoy hearing from satisfied customers and hope you visit again the next time you're in town. 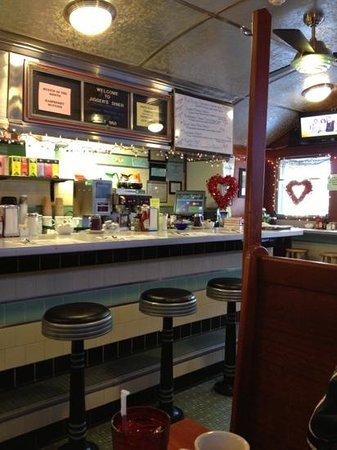 Reviewed By chuckiek - anywhere for a good meal

Hadn't been to Jiggers in nearly 52 years....so when I was back in town and solo, I had this on my list of must-visits. Better than I remembered it. A great breakfast, reasonably priced, in a completely updated and cleaned-up surrounding. I'm told their Johnny Cakes are superb...but I had no room after my very basic breakfast (scrambled eggs, link sausage,home fries and baked beans) , but very delicious choice. My family of 4 with kids 15 and 12 had an early dinner here on a Sunday. The place was packed. Located in an outdoor shopping mall, parking is ample and free. We were in town for a hockey tournament. A friend from RI recommended Avvio to us.

My daughter and I loved that we could shop at good stores after our meal.

The atmosphere is casual upscale. Service was excellent all around. The bread basket and garlicy dip were very good. We enjoyed the eggplant appetizer. The pasta was cooked to al dente perfection. I scored this 4 of 5 bubbles because my husband and son said their pastas were bland. I taste tested and agreed. Both dishes, pictured, were missing something. Portions were well-sized for the price

My kids liked the desserts they chose. Overall, this was a pleasant place to dine. I wish everyone in my family enjoyed their meals. We’d try somewhere different if in town again. 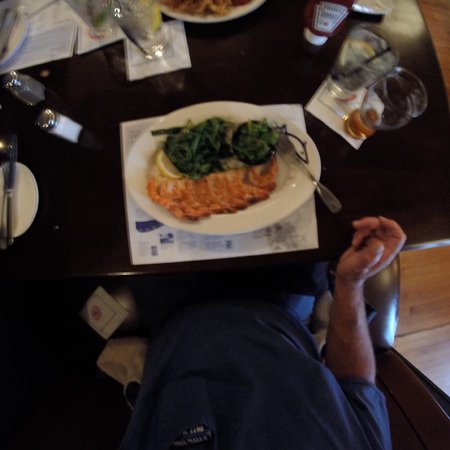 In the “Ocean State,” Legal Sea Foods makes waves serving over 40 varieties of fish and shellfish throughout the year. Our restaurant is a destination for seafood lovers from Rhode Island and southern Massachusetts who have a taste for great food and fun. In season, our patio is a popular lure for those who choose the fresh seafood and fresh air combo. Travelers in and out of nearby T. F. Green Airport add a visit to Legal Sea Foods to their itineraries.

I visited one of the first Legal Seafood Restaurants in Cambridge MA in 1974. Yesterday,
Debbie and myself had dinner with long-time friends at the Legal Seafood Restaurant in Warwick RI. Still as good as ever! Whether it was the Cioppino, the Falkland Islands Salmon, the Haddock or the Traditional Fish & Chips, all were expertly prepared and served with a smile byJustin and Angelique. Compliments also go to Manager John who "threw in" a birthday cake. All in all a great memorable late afternoon 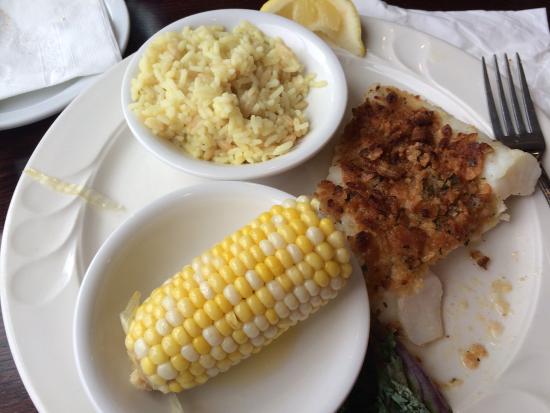 Iggy's Boardwalk is next to the original self-seve Iggy's. The difference is you have napkins and table service here, so you feel like you are eating out. Same great seafood as the original wit a few additional plates to add to the cuisine. Pleasant dining...MoreWe love to hear from satisfied customers. Thank you for taking the time to share your positive experience and give us such a great review. 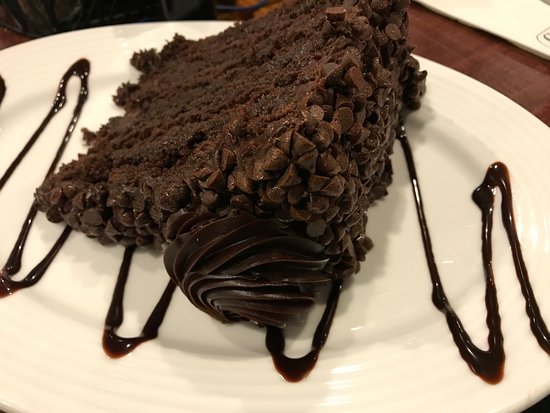 Gregg’s is our go to for delicious cakes & pies especially the holidays. Take a look at their offerings and I challenge you to find one that is not good...Death by Chocolate Cake, Apple Pie (seriously 8-10” high!), Lemon Meringue, Carrot Cake (yes carrot cake!) and even the simple White Layer Cake. All delicious with a full cake or pie serving plenty at a family gathering. Better part...you can go in & just buy a slice to go!!! 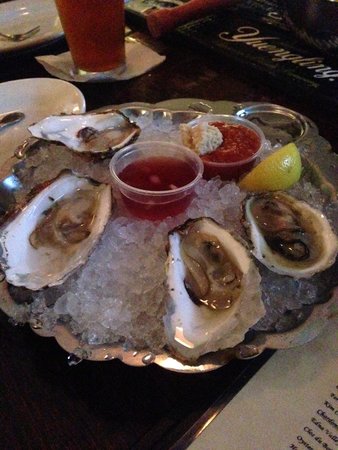 Consistently the best seafood in town! Oysters are fresh and clean and they have buck a shuck until 6pm. The risotto and pasta dishes are great as is the fried oyster po-boy. It’s small so make a reservation or there can be a wait.