Most Popular Restaurants in Temple Hills

Temple Hills is a suburb of Washington, D.C., southeast of the downtown district. It is an unincorporated area and census-designated place (CDP) in Prince George's County, Maryland, United States. As of the 2010 census it had a population of 7,852.
Things to do in Temple Hills 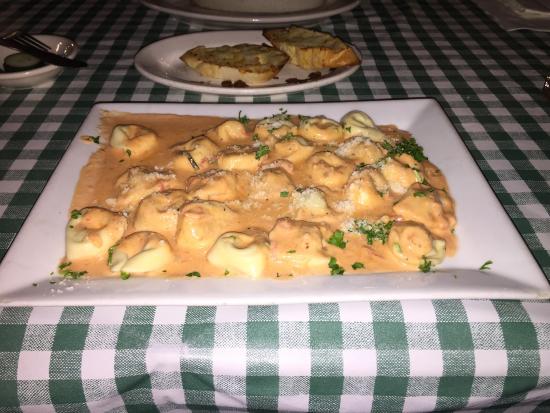 My friend and I were looking for somewhere close to Joint Base Andrews and found this place...even though it was very busy, we got a table quickly. One thing we noticed is that the wait staff HUSTLE! We got our food pretty quickly considering the crowd. It was very loud in the building. The food was good - we ordered potato skins, steak and baked ziti...all good and the server was very professional, even when one of our table neighbors was extremely rude and disrespectful. 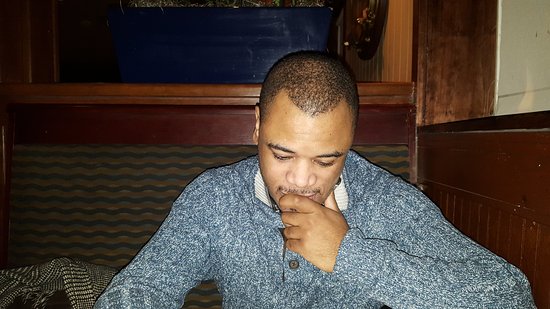 Large menu even for the non seafood lover. Food good and fresh with large portions. New side of roasted green beans and mushrooms offers a uniques flavor. Unfortunately mushrooms missing. Could spruce up salads. Standard bag salad with no upgrades. Service slow but pleasant. 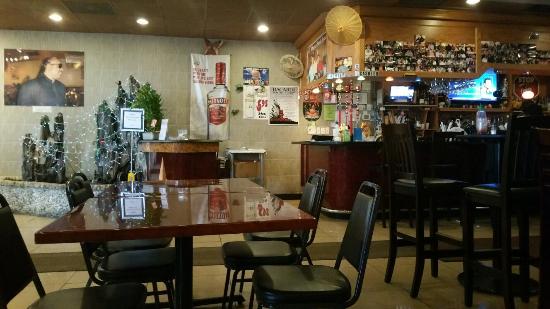 In my years of coming to this location i have never been disappointed by the food! Everything else is hit or miss! I give it a 4 rating because it truly is about 85% a good experience and only !5% chance it wont be so pleasant.......and the food is ALWAYS GREAT!

A lot of customers like to think you should be able to customize everything about your meal! I have witnessed everything from asking for yummy sauce ONLY to asking the chef to pull your food aside and cook it in a different sauce or with extra seasoning etc. Someone should address this issue up front as it can make for a very bad dining experience! The chefs get upset at the request and the patrons get upset that their every wish is not fulfilled!

The waitresses are either really good, or really bad! There are quite a few that do not understand enough English to ensure the orders are correct. As well, a few that don't believe the customer is always right and will cop an attitude when someone gets upset that their order is wrong.

I have seen days it took the staff more time to get the meals set than it does for the chef to come out and cook them!

Now, as for the chefs, they all make the food well. However, they aren't all showman like one expects from a hibachi place. I can overlook this :-)

The place is an excellent value! you get more food than you can eat and it is always delicious! 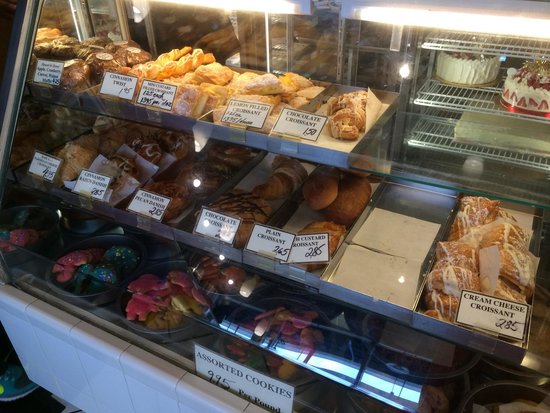 Gerard's is a small shop filled with delicious pastries. Sometimes the lines can be long, so be prepared to wait. This is a small pastry shop, not a restaurant. Great for grabbing a sandwich for lunch (no place to sit inside or. outside) or beautiful treats for a club meeting. There's almost nothing that can hold up without refrigeration. Your bill can add up quickly. The neighborhood surrounding it isn't great, but I'm glad that they've stayed and realized that everyone appreciates a well-made pastry. 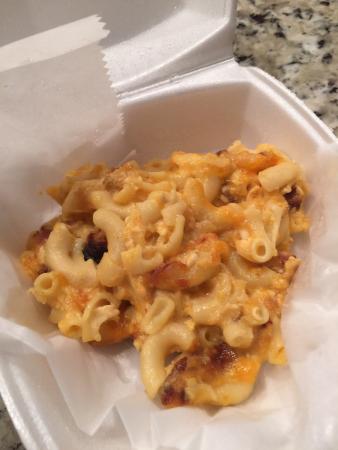 Sometimes you eat at places where you know the food is packaged in bulk and heated then put on your plate but not here. Everything in made as you order it and it gives you the "grandma's house" food feel. The food is awesome and nicely proportioned. 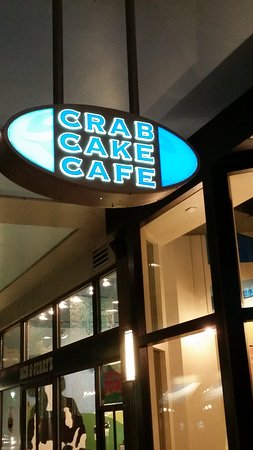 We thought the crab cakes were excellent--had traditional, hawaiian (surprisingly tasty) and crab & shrimp. The fries were very good, as were the muffins. The only thing preventing 5 star rating was the small size of the crab cakes--the tastes were 5 stars. We would return. 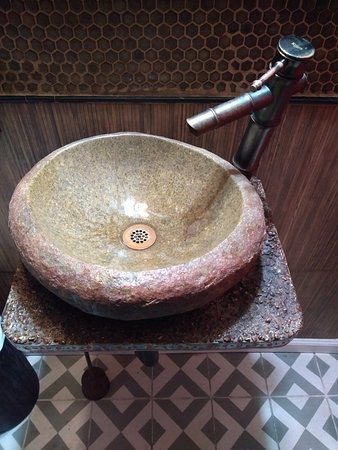 This is a wonderful little restaurant with amazing food. We were fortunate to arrive just in time to get a table, it is small and seating is limited, well worth the wait. Everything we ordered was perfect from the summer roll starters to the Vietnamese ice ca phe, not a thing I would change. The menu is diverse - suitable for vegetarians and meat eaters alike. Bowls of pho to perfect banh mi sandwiches, choosing is a challenge. Cannot wait to return to try something new!

Only meal we booked that required transportation in DC but the reviews made it seem worth it. #1 after all! The location is really neat. Nice upscale part of town. Residential area we hadn't been to before. Very cute. Atmosphere at restaurant were good. But hot. Cold night. Too hot inside. Waitress was hurried but nice enough. All tapas. All average.

We ordered about 12-14 different tapas and sadly not a one stood out. Odds alone have ONE of them being a hit. Or not. Brussel sprouts were bitter. Mussels were boring and mostly just onion flavored. The recommended sampler plate was bizzarre. It was supposed to be a uniquely Balkan spread assortment. A smoked trout, a mushroom and a something. It was basically one part creamed cheese, one part fish or mushroom essence and 98 parts air. An ice cold whipped air spread that smelled vaguely of what it was supposed to be. The lamb kabobs were two Bob Evans sausage links on a plate. But presumably lamb. The "steak and frites" was dried out shredded beef on potatoes. Meat pies were OK but mostly pastry. Lamb salami was closest to a "good". And another eight that aren't worth me finding them on the menu to reference. We are foodies that plan our trip meals in advance and live by the Tripadvisor reviews. We like unique experiences and foods. This was none of that. Just a disappointment. Average at best. 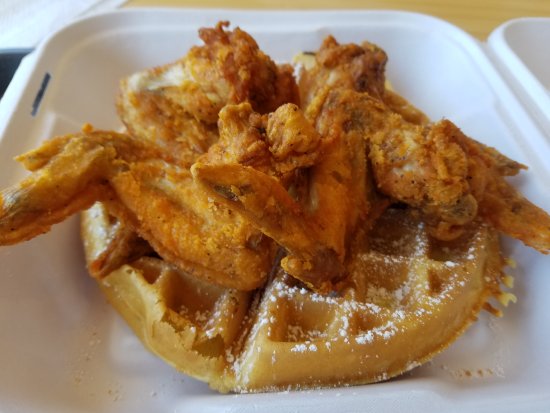 We were on a 3-day trip to DC and staying at a hotel near Joint Base Andrews when we came upon this unexpected deliciousness!

Waffles are fluffy and topped with sprinkled powder sugar. The chicken is very juicy, super tender and seasoned perfectly. You also can also choose to add a "Mumbo" sauce or a Hot sauce for a different taste treat. Both sauces are served "on tap"!

Though you sit on hard plastic seats in a fast food atmosphere with food served in styrofoam containers with plastic utensils you will be glad you you ate here. The counter staff was very friendly and our food was served very quickly.

Can't wait to travel to DC again to make the side-trip back to Chicken & Waffles!

Customer service was premium! I stopped by this IHOP to get a quick bite to eat and nothing else, but ended up getting premiere service too. My waitress Angie, was not only extremely pleasant and helpful with the menu, but also with providing travel information to direct me too a key historic site. This IHOP was relatively new and very clean. The Root & Tooty breakfast was delicious too.