Most Popular Restaurants in Princeton

Princeton is a city in Mille Lacs and Sherburne counties in the U.S. state of Minnesota, at the confluence of the Rum River and its West branch. The city is 50 miles north of Minneapolis and 30 miles east of St. Cloud, at the intersection of Highways 169 and 95. The population was 4,698 at the 2010 census. A majority of its residents live in Mille Lacs County. 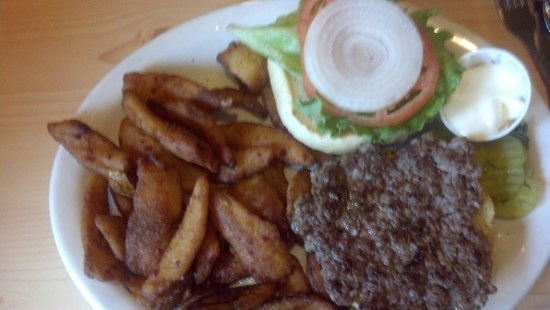 This place is dark, dirty, has NO handicap parking, and is not somewhere I would visit again. The server was inattentive and blah. She did not introduce herself, or check on us after our food came.She looked like she did not enjoy her job at all. We ordered, and it did take quite a while for the food to arrive. When it did.... nothing special at all. One person in our party of 4 ordered a hot beef sandwich. It came on Wonder-type bread, with boxed instant potatoes, and canned BAD gravy. It was TERRIBLE. My salad was iceberg lettuce, tomato ( and NOT a nice red one... very pale and hard), limp onions, and the dressing was out of a can as well.... a bad brand of Ranch. I would have thought that this place was so much better, but it is not worth 5 minutes of my time. Drive up the road and int Pease.... THEY have a FABULOUS little diner that makes everything from scratch!!! 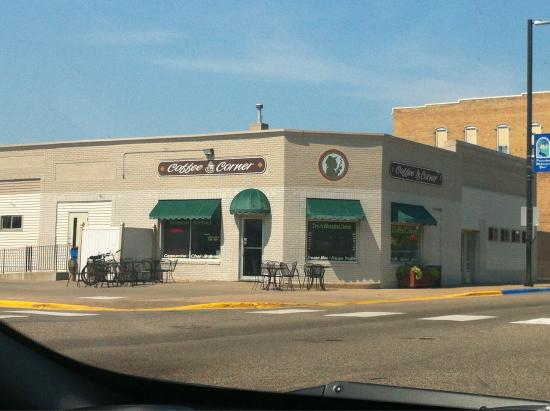 It's the kind of place where everyone knows everyone. . .so the first time I walked in I felt SO out of place, but it's a cute little place to grab a sandwich and a great cup of coffee!

I always get mine to go, but they do have indoor and outdoor tables for guests and it always smells so good in there!

My family can't wait for Santa Lucia to open each summer. The worst part of the place is having to decide which of the delicious ice cream flavors to eat. Great hoagies and pizza too!
My favorite…Princeton Surprise!
P.S. A sister store has been opened in nearby Zimmerman. 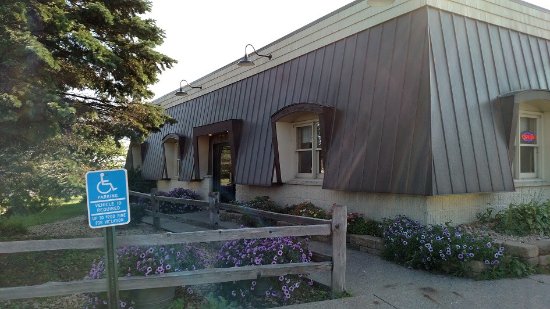 We went to the Frontier for lunch, which was an all you can eat buffet. The space between the two tables to get food was SO crowded it was a total nightmare to navigate around all the people. Terrible flow pattern... well... NO pattern! The food was all pre-made, cold, and old. Many of the bins were empty, and it took forever for the staff to refill them. The potatoes were instant, the gravy out of a can, the broasted chicken dry as can be, the apple "pie" was slime. The salad was just iceberg lettuce and some pale tomatoes. The corn( the veggie offered) looked like it had been reheated from the day before. The macaroni salads, the potato salad, etc were all out of a plastic container. Not one homemade item there. If you own a restaurant, WHY just use pre-made Sysco food?? YUCK!! The interior of this place was tired, old, dark, and unappealing. The carpet needed to be vacuumed, entrance windows washed, the salt and pepper shakers needed cleaning big time. Do not waste your time or money here.

Reviewed By Barry B

The building leaves something to be desired, but the food and service was first class. The location of the business is a little off the main thourghfare, so, for stranger's to the area, glad we had a GPS!

Excitedly, I told the person at the counter that it was my first time ever to their location and to Einstein Bagels. In return, I received a look of boredom, as though I were keeping her from something vitally important. Oh! I've got it. It was her phone, that she had been tapping on when I stepped up to the counter. Strike 1.

I requested a toasted bagel with savory cream cheese, to go. She didn't understand what I mean by "savory" so she started listing the options, honey, maple, strawberry... Strike 2. Points for knowing them, though. I found the listing on the menu board and selected onion and chive.

I waited, for what seemed like an unnecessarily long time for a simple toasted bagel and (what I assumed would be) a container of cream cheese. When my order was handed to me, a small bag with cream cheese smeared across the opening, I discovered that not only was my bagel drowning in cream cheese, it was not toasted. Strike 3.

When I stepped back to the counter to ask for it to be corrected, the person making food was quite busy with other orders and the person from the counter was nowhere to be seen. I just took my bagel, along with several napkins, and left.

I removed about half of the cream cheese. Now, let's be clear, I love cream cheese. Lots of it. But this was just too much. Once I had thinned it out a bit, I discovered that the bagel, while not prepared as requested, was good and the cream cheese had a nice flavor as well.

To be fair, I'm not in this area very often so when I say it is unlikely that I'll return it's mostly because I don't get in Princeton very much. That said, when I do get to the area, I'll likely skip this stop. Sorry.

Pretty typical small town bar with their own Norm's & Cliff's, ya might even find a waitress named Carla if you stop on the right night. The drinks are plenty satisfying & the food is good! The prime rib on the weekends is almost always beyond yummmmmmmy. If you're headed east on Hwy 95 in central MN, stop in for a beer & a bite! 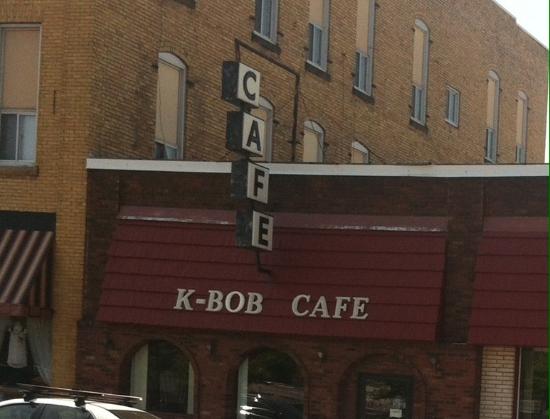 The K-Bob is a gathering place of locals for coffee. Always crowed. The food is average homemade. The prices are reasonable. The wait staff friendly. The décor is country. Parking is very limited and you need to park across the street in front of the mall.

This place opened when I was in high school in the 80s and continues to be one of the best pizzas I've eaten world-wide. The crust is thin, but not Neapolitan, while not greasy at all. They use a generous portion of cheese and a great homemade sauce. The salads are good; try the French dressing. It is unique. The garlic cheese bread is awesome, make sure to order a side of pizza sauce. Every time I come home to visit, this place gets my business. If you are adventurous, for a Minnesotan, try the taco pizza. It is amazing!! 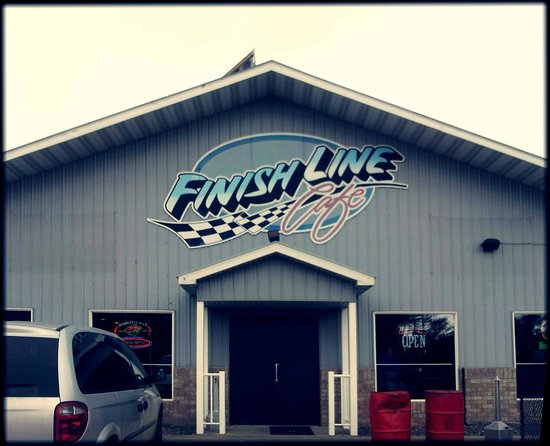 The finish line cafe is a hidden gem. If you are in the area must stop by. Try the panini or the pork us nightmare