Top Things to do in Portland

Most Popular Restaurants in Portland

What an absolute find in this place! Not only do they have a menu that changes daily with a variety of meat and three options for around $6 but the service is absolutely phenomenal! The food is definitely home-cooked and there is plenty of it for the money. They have many sandwich as well as entree options and a variety of desserts as well as a salad bar. The kids menu has multiple options as well. There is plenty of parking easily accessible right off of Highway 109. I would highly recommend this place if you're looking for home cooking at a very reasonable price with great service. It's great for a large group or just a couple of people as they have plenty of seating. 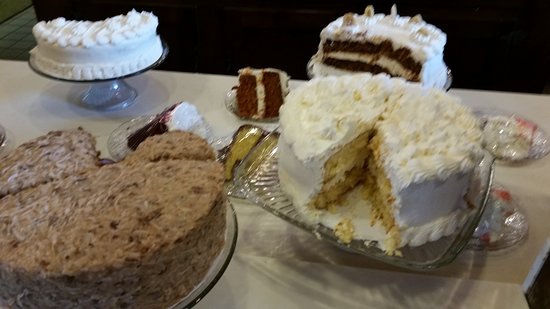 This is a restaurant that was good with everything it did, but it failed at comprehensively great. The Ambiance was good and tried to capture antique granny-esque charm. But a lot of the building was newer and it looked as though they lack the money to do a true conversion to antique splendor. The food was good and some of it was particularly good. The meatloaf special was quite good as was the squash casserole. I ate there twice in a week's time and those are the two things that I would praise with high accolades. A lot of the other food items were good but not fantastic. The people in my party who were absolutely crazy about this place where the cake eaters. If you are a sucker for cake, you will be seduced the moment you walk in. I don't eat cake so perhaps that is what dampened my enthusiasm a bit. It is also not the ideal place to go if one wishes to be out in a hurry. They seem to have a large volume of mature customers who don't seem get in a hurry. If you get there at 12:30 and plan on being out by 1:30 you're going to need to stretch your lunch hour on a bit.

The service is all ways great. Monica the hostess/Owner is fabulous. The salsa picosa is fantastic, ask for it. The fajitas are also awesome. Always great dine in or take out. I have called in numerous take out orders and they always get them right. 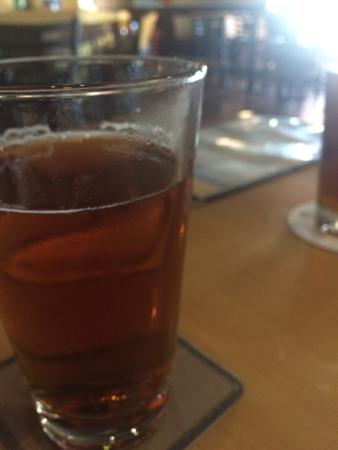 Visited this establishment while staying at the attached Comfort Suites . Wife and I ordered burgers. Good quality and generous sized. Homade chips that came with the burger were overcooked and tasteless though. Service was good. Overall just OK in my opinion. .

We LOVE El Azteca. We've been eating there for years and the food is always excellent. Best Chili Relleno anywhere! It's my youngest Son's favorite dish there. We've eaten just about everything on the menu over the years and haven't had a bad meal yet! Also, the fried ice cream is amazing! Keep up the GREAT job, amigos!!

I like Hills but I think it is really high except the things on sale. The ice cream I get is almost $5 at Hills but across the st at Foodloin is under $3. So much higher but is close to home

This is the best place to get roast beef. Don't care much for the fries and love that they have Pepsi products. Pricing is sort of high but you get your money worth

We eat there a couple times a month and it is never a let down. As a creature of habit, I always get hibachi chicken. There is more then enough food for two, which is why my friend and I usually share. We also get the crab rangoons, which are amazing! I don't know how they do it, but they have some of the best sweet carrots that come with the dinner plate. Also, you can't beat the yum yum sauce. All in all it is a wonderful place and the prices are very reasonable too.

Primarily a place for take-out Chinese. They do have a few (5 or 6) tables for those wanting to dine-in. They do have a large menu to pick from. It is a family owned place. The food has been good, served hot. Bottled or canned drinks are available. The flatware is plastic. But it is relatively inexpensive.

My wife and I travel a fair amount and we look for local diners if we can find them because the food is usually like home cooking. My Time fits that bill. We went on Friday night an it was all the catfish you can eat. Included fish, fries,cole slaw, and white beans. It was all great. We also had liver/onions with fried green tomatoes(great) okra, and turnip greens with ham meat in it. Awesome, fresh cooked and friendly service. If you are in Portland try it. Going back for breakfast soon.