Top Things to do in Owatonna

Most Popular Restaurants in Owatonna Torey invites you to share in the casual fun experienced at Torey&apos;s restaurant and bar. Whether you&apos;re having drinks with friends while watching your favorite sporting event, dinner with someone special, or with a group for socializing or business, Torey&apos;s makes you feel comfortable, welcomed and relaxed. Rich woodwork, etched glass, and a lively decor combine to provide a wonderful setting for a unique dining experience. Torey&apos;s extensive lunch and dinner menus offer a wide array for every appetite. Succulent steaks, fresh seafood and creative pastas and flavors together for a dining experience unmatched in the Owatonna area. Excellent food is always complimented with your favorite beverage. Torey&apos;s bar stocks a wide array of premium liquors, imported and domestic beers, and a wine list sure to please all pallets (reserve list also available.) We also have 16 beers on tap that change frequently. Try Torey&apos;s lunch buffet from 11-2 during the week for a great meal when you&apos;re on the run. Weekly and nightly specials are always featured as well as happy hour specials from 3-6 p.M. For that perfect finishing touch that leaves you content, full and satisfied, Torey&apos;s desserts complete the meal. Torey&apos;s is committed to providing you an outstanding dining experience where food, decor, and service combine to make you feel welcome, appreciated and satisfied. Which prior arrangements Torey&apos;s can accommodate your group of up to 75 at the restaurant or provide you complete catering services at your location for business or personal special events.

I went to dinner at Torrey's with a group of people from work. The waitress handled the large crowd well, even accommodating separate checks (but adding an 18% tip, which was fine - saved me from doing math. The food was wonderful! I had the...MoreThank you for your positive comments, PrincessInArmor. I am so glad to hear that you enjoyed your meal with us! I hope your next visit is just around the corner. Call us if there is anything we can help you with.

Reviewed By DdeKerf - Axel, The Netherlands

Spent the morning in this coffee shop and was happy about the service, the coffee and the ambience. Only two remarks are the unusual low number of wall outlets and the unhealthy cool wind when you sit close to the air conditioning, that is where the only outlets were that I could find 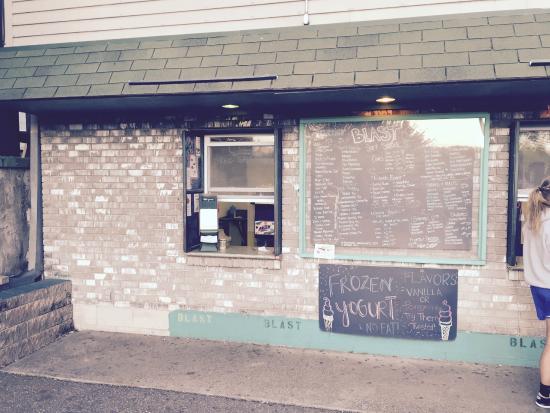 I rarely eat ice cream anymore, but when I get it from the Blast I'm ALWAYS happy! The cookie dough is perfect and the actual Ice Cream just lovely! #happyplace 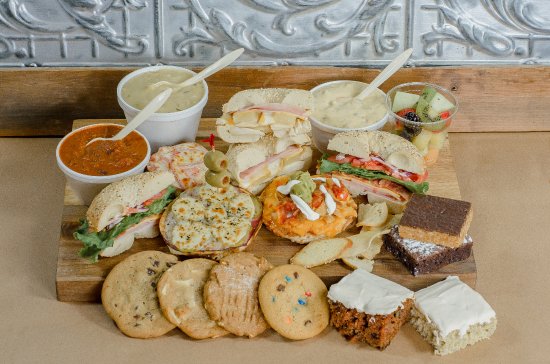 They post their soups daily on their Facebook page and if you see they are serving the Mushroom Brie Bisque - get down there and buy a bowl....and get a delicious bagel too. 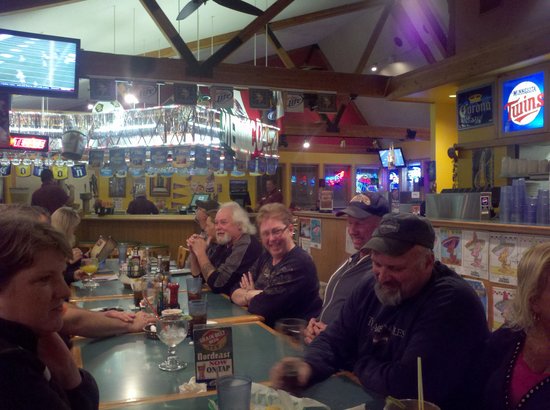 Coming from AZ and now living in an area with limited food choices we were excited when we were driving through Owatonna and the number one restaurant listed was Mexican. We had high hopes. It turned out to be like most other Midwestern Mexican restaurants, very bland. We were disappointed 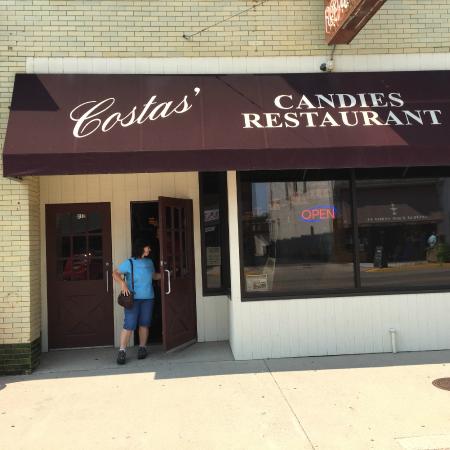 Costas is the small town local Diner where you&apos;re part of the family! Located in downtown Owatonna since 1919. Serving breakfast & lunch Monday-Saturday. All of our candies are still made by hand, on site.

We ate lunch here with three other couples. The restaurant was small and very busy, so we chose to sit at the counter. There were exactly 8 stools so that was perfect! One of the ladies working the grill came immediately and waited on us...MoreThanks for the great review! We're glad you loved the food & the service and the whole experience. Coming to Costas is an experience you won't forget - a place were you feel welcomed and want to return. 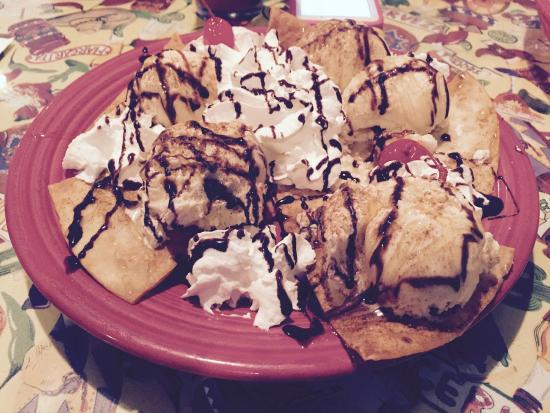 Owatonna, MN is conservative Middle America to a "T". Lots of steak houses, burger joints, fast food, etc., as well as a couple of middling-good Chinese Buffets. Not the place you'd expect to find an authentic Japanese restaurant, for sure. We eat at Mizuki Fusion in Owatonna from from time to time, with last evening being just the most recent time. How was it? Well...

PARKING: Misuki Fusion resides in downtown Owatonna, and parking is all street parking. But not to worry, it's not a very busy street and Misuki Fusion is pretty small, so parking is never a problem. We've never had to walk more than a few yards from car to restaurant door. Hope you like diagonal parking, though.

AMBIENCE: Misuki Fusion took over a site that up to a few years ago had been a Chinese restaurant so much of the decor just remained. A lot of red, reminiscent of the former Chinese motif, with "windows" that aren't--they framed several spots along the concrete west wall to look like traditional Japanese windows, covered with bamboo blinds. The effect is convincing: you'd never know they weren't windows unless you try to look out.

The restaurant dining area is basically one main (not large) room with an alcove off to one side that appears capable of seating about 12 at one long table. Booths and tables, with a sort of lunch bar on one end. Cooking is done Japanese-style out in the open behind the lunch bar: the cook (as last evening) is usually a japanese guy wearing what I assume is traditional garb for a Japanese cook. Cooking is mildly theatrical. The place is not overly fancy but it is clean, well-kept, and seems to run well.

SERVICE: Excellent. Despite being rather small there were two wait staff on duty joined by a third one for what I assume would have been their busiest time. Waitresses, menus, refills, etc. etc. all appeared promptly and we never had to ask for anything. Waitstaff and servers, all appearing to be Japanese, were extraordinarily polite. Their in-house service, in a nutshell, is probably the best you'll encounter.

FOOD: The heart of the matter. The "Fusion" in Mizuki Fusion relates to the fact that the establishment serves two kinds of cuisine: Japanese and Thai, with an extensive menu for both listing many traditional Thai and Japanese dishes. We always order Japanese: my wife IS Thai so it is a given that anything the restaurant offers in the way of Thai cuisine I can probably get a superior version at home. I ordered Beef Teriyaki while my wife had something called "Yummy" rolls. I ordered the Teriyaki medium-well. My meal included Miso soup and a tossed salad with, of course, rice. The Beef Teriyaki, even though medium-well done, was fork-tender, served over a bed of fried onion and green pepper slices accompanied by several spears of asparagus. My wife's Yummy rolls contained mixes of avocados, spicy crab, and a sort of lobster salad and (according to her) delicious. Portions were large without being overly so, and very attractively served.

PRICE: For the above meal, we paid about $40 without tip--maybe a tad over what the average Owatonnan is used to paying but well within (on the low end, even) what a similar meal would cost in a more metropolitan setting. Note too that the restaurant serves wine and beer: traditional sake' either hot or cold along with "house" wines. Also, their beer (most of it anyway) sells for $3 a bottle--a bargain anywhere. Overall, Mizuki Fusion offers excellent value for money.

BOTTOM LINE: Excellent. Nothing bad to say about Mizuki Fusion. 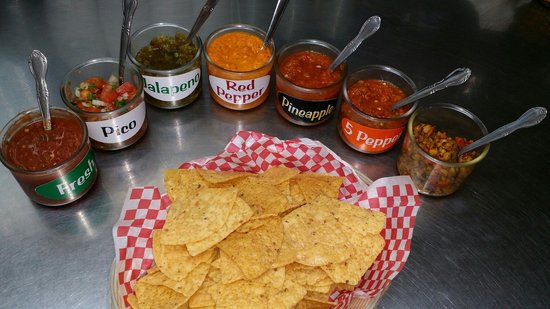 Very small restaurant that has been in town for ever. Mexican food, kind of on the mild side but very flavorful. Sauces are served on the side so you can add as much spice as you would like. My favorite is the chili burrito. We have been here many times. 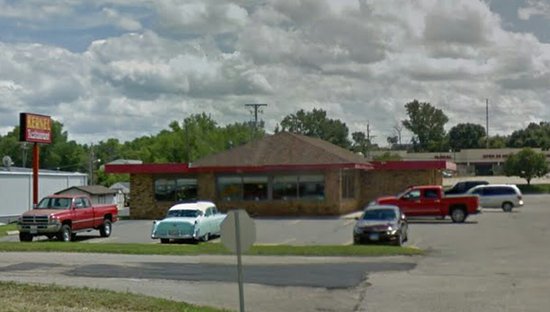 We just stopped at The Kernel after reading great reviews! It totally did not disappoint. Sweet waitress, good service & great food. Western Omelet was very flavorful. Only disappointment was, even tho breakfast is served all day, the biscuits and gravy combo stopped at 11. Definitely recommend!