Most Popular Restaurants in Oakhurst

Oakhurst (formerly Fresno Flats) is a census-designated place (CDP) in Madera County, California, 14 miles (23 km) south of the entrance to Yosemite National Park, in the foothills of the Sierra Nevada mountain range. At the 2010 census, the population was 2,829, down from 2,868 at the 2000 census. According to the Oakhurst Area Chamber of Commerce, the area population was 12,787 at the 2000 census. It is part of the Madera–Chowchilla metropolitan statistical area.
Things to do in Oakhurst 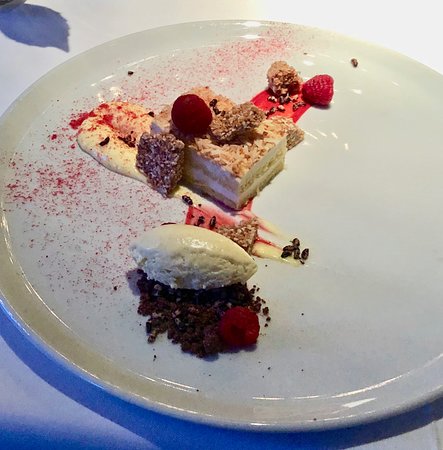 We traveled to Yosemite to attend the Bracebridge Dinner at the Majestic Yosemite Hotel (grr, it is and always will be the Ahwahnee despite the trademark wars!) and wanted to dine outside of the hotel as we would be eating there for the rest of the weekend. So we happened upon Erna's Elderberry House on OpenTable and decide to try it despite the >1 hour drive from Yosemite Valley to Oakhurst that the trip would take. We were more than amply rewarded with a wonderful meal in a cozy beautiful dining room that was decorated for Christmas. The food was fantastic, the service was superb. The staff was smooth and gracious and we were greeted by a printed menu with our name on it and then received a delicious amuse bouche to start off our meal. This was followed by tasty bread and then by a wonderful 3 course meal (we chose the fresh fish as our entree, marvelous!, the restaurant offers a 3, 4 or 5 course tasting menu or selections ala carte). The waiters offered great suggestions as to the wine for my wife and provided me with a house made elderberry based sparkling nonalcoholic drink as I had to drive back to the Valley(sigh). The meal finished with a lovely dessert and great coffee. And as a final touch we were sent on our way with individual almond cranberry pastries to have with our coffee at breakfast the next day. An evening and meal worth every curve negotiated to and from !!!! 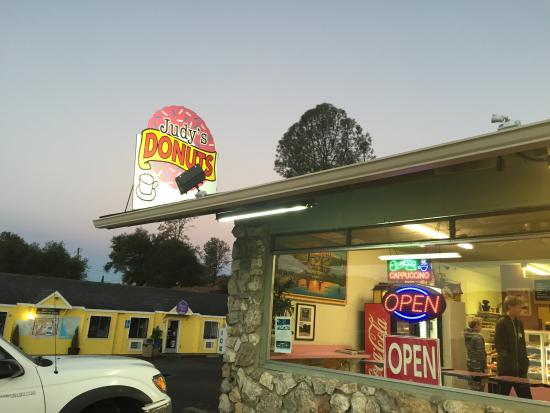 Quick breakfast before heading in to Yosemite. Donuts are as they should be - soft and tasty, staff is friendly and patient (three kids) and the customers are smiling and interested in foreigners, even though they must get a lot of them every day, being so close to Yosemite. 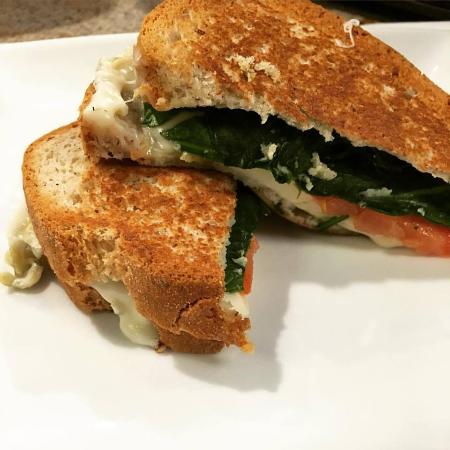 Nestled in the foothills at the southern entrance to the famous Yosemite, The Cool Bean Cafe is dedicated to serving the mountain community of Oakhurst--and the many adventurers passing through it--with only the highest quality ethical coffee and tea. We specialize in fairly traded, organic certified, shade grown coffee and direct trade, organic certified tea. We offer traditional drinks (double espressos, lattes, cappuccinos, americanos, flat whites) as well as a variety of our own specialty lattes. We also have a pour over bar where you can select from a list of weekly updated coffee origins and have one of our baristas hand brew you an individual cup of coffee. And, for the aficionado, we also offer cold brewed coffee. We bake delicious pastries and breakfast quiche daily, using organic sustainable ingredients when available. We have a commitment to serve food with ingredients that you can pronounce! We also have GLUTEN-FREE options available! We believe in great customer service, and we strive to make each customer delighted with our handcrafted beverages and food. We are located in the center of Oakhurst, next to McDonald&apos;s and Pizza Factory. Come give us a try--we think you will be happy you did!

You'd think with a name like Cool Bean Cafe, it would be all about the coffee. However, I don't even drink coffee... it's my husband and daughter who telegraph "coffee, coffee, coffee" morning, noon and night. They tell me it's the best. For me, it's the Italian cream sodas... especially the vanilla... it's a must try, and if your indulging, ask for the real cream along with the whipped cream. In addition to the great drinks, it just feels good to support a local mom and pop shop. We don't have enough of them anymore... we're fortunate to have a great one here in Oakhurst... thank you Cool Bean! 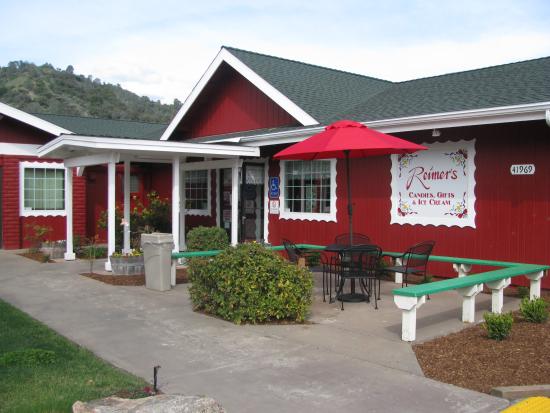 We had been wanting ice cream the whole time we were in Yosemite, but couldn't find anything special while we were in the National Park. We happened upon Reimer's while on our way to Sequoia, and what a delightful surprise. We were given samples to choose from, all of them delicious. We each ordered our favorite, and they were exceptional. The person that waited on us was so nice and explained how this business came about. While we were there, the building started filling up with happy customers who evidently came here frequently. It's a fun place to stop for ice cream, homemade candy, or gifts. We were thrilled to find out that there was another location at Three Rivers, close to where we were headed.

Small cafe style Pizzeria. BYOB Did you know that #Sugarpinepizza Is #Dogfriendly ??? We welcome all members of your family including Service Dogs of every kind.

We found the pizza to be quite bland and tasteless. What is funny is that this place has a warning posted inside that states “suffering from allegies can make a pizza taste bland and flavorless.” The pizza is tasteless without having an allergy! Another problem was the wait...after arriving to pick the pizza up at the scheduled time, the owner said “just a minute more”....And it turned ot to be over ten minutes more. The place does not serve alcohol but is OK if you bring it in. I really wanted to like this place, it is owned by a very nice couple who were great to talk to. 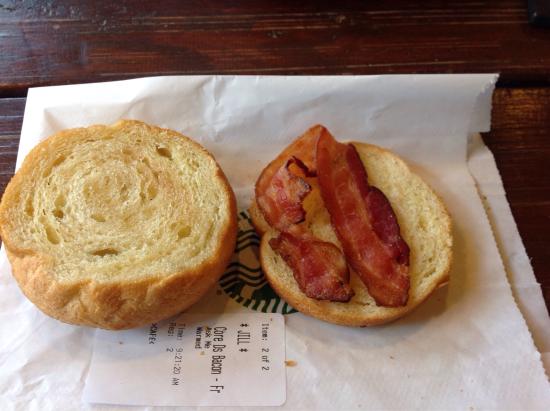 It is your normal Starbucks. Friendly staff and all the regular stuff. We do enjoy the breakfast sandwiches at Starbucks. I decided to write the review only to address the parking at peak times you might not find a spot. But they have a drive through. 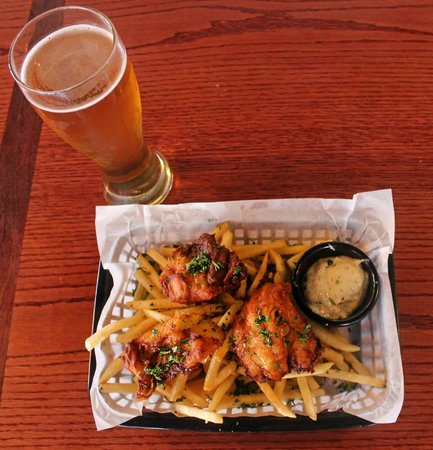 Stopped at this brewpub for beers at lunch, dinner later that evening. The beers on tap were all prety good, my favorite the Oatmeal stout. They also have a nice selection of wines. Speaking with the owners, Casey and Lindsey, we had a great time and Casey offered a tour of his brewing room, although we didn't have time. Very congenial hosts.

Back for dinner, the selections were varied and we all chose different dishes. On this particular evening, someone in the kitchen got a bit aggressive with the salt shaker and all four of us were all a little disappointed. On the other hand, the portions were huge, especially, the meatloaf which was good on the huge pile of mashed potatoes with great grilled veggies but again, I'm not a fan of so much salt. We'd go back for beers but we'd be a little more proactive about their seasoning. 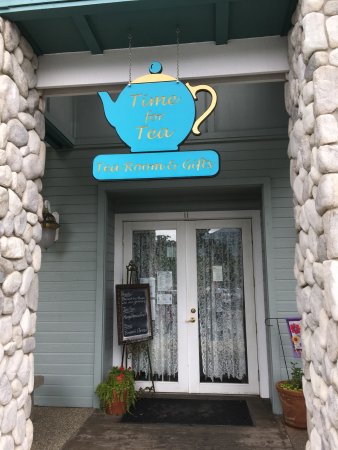 Time for Tea is a hidden gem in Oakhurst. The staff is friendly and extremely professional. This is the kind of place that is reasonable, but yet makes you feel like you a high roller. At least that is how I felt after taking my daughters to formal tea. If you are a Dad, this is the place to take your girls so they will feel like princesses. So, if they are princesses, then that makes you King for the day. No better feeling than that. 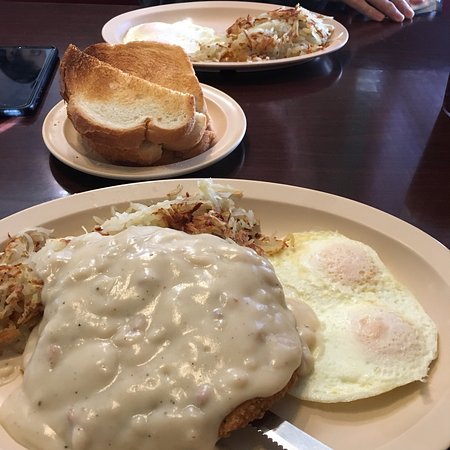 We ate dinner here after spending a day in Yosemite. We were a group of 7 and they easily accommodated us. The portions were large and the service was friendly. The pies were delicious! 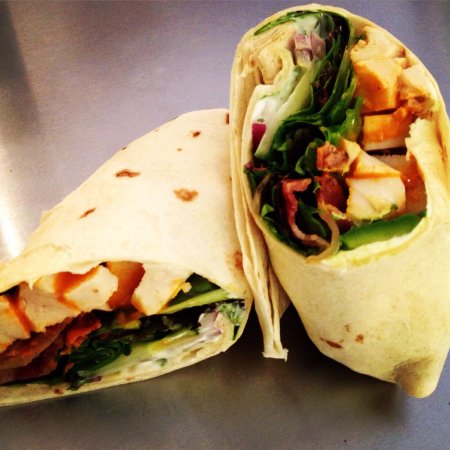 Good schmear bagel, good tea (properly brewed), good breakfast burrito. The day we were there they were breaking in a new counter person, and the service was more than a touch slow. At the end everything was right, and good to eat. Inexpensive, too.