Most Popular Restaurants in Northport

Northport in United States, from Nouth America region, is best know for Takeout. Discover best restaurants in Northport with beautiful photos and great reviews from traveller around the world here!
Things to do in Northport 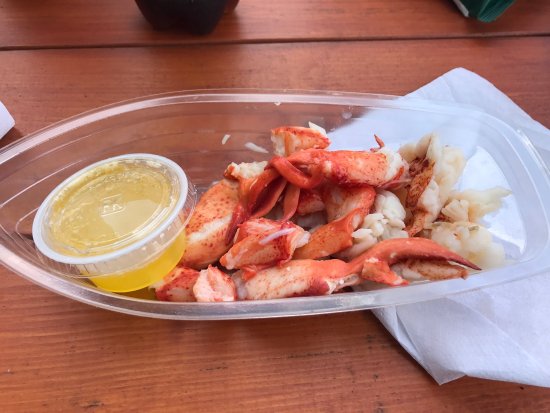 Margaret&apos;s is a unique combination of exceptional food and a trip to your grandmother&apos;s attic in one stop! We serve the best and freshest lobster rolls on the Maine coast at a reasonable price! Our Downeast Dogs, ice cream cones, sundaes, rootbeer floats, and old fashioned hand scooped milkshakes will remind you of summer days when you were a kid. After enjoying our many treats be sure to visit our vintage showroom. It&apos;s there you&apos;ll find that perfect piece to complete your summer cottage or to give as a unique gift. We have searched estates, attics,and even barns, to provide a variety of antique and vintage selections for you to discover. We are located on Route One in Northport, Maine.

Delightful little antique shop by US1 with a little take out window in back. Margret's makes an excellent lobster roll for only $16 and an even better "Lazy lobster" with all the meat of a lobster in a dish with drawn better on the side for $22. Sweet fresh tasting lobster meat, Yummy! She also serves hot dogs and sweet or hot Italian sausage. Sweet lady and her husband will take your order, cook and deliver you meal to one of the many picnic tables out side and they has a nice collection of antiques as well. Always a delight to stop here going up or down the coast. Such a nice friendly couple. 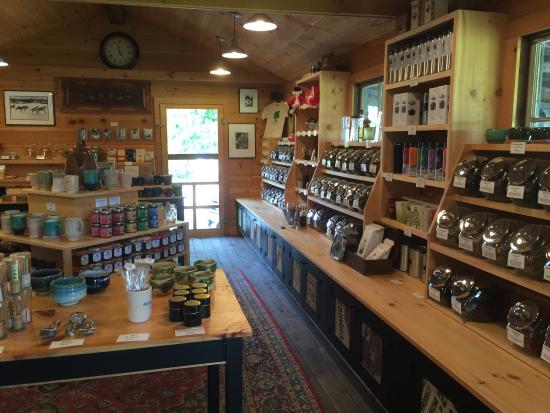 The coffee here is so delicious. The owner is so nice. We stopped on a rainy day with our dog and he invited our dog inside and gave her a treat. I would definitely stop by here anytime you are in this part of Maine!

Save room for cake!!! Italian dishes and pizzas are delicious - but the real star is the flourless chocolate cake. Busy times would probably require a reservation. Belfast is small enough that you could always stroll Main Street while you wait for a table, making you extra hungry for dessert. 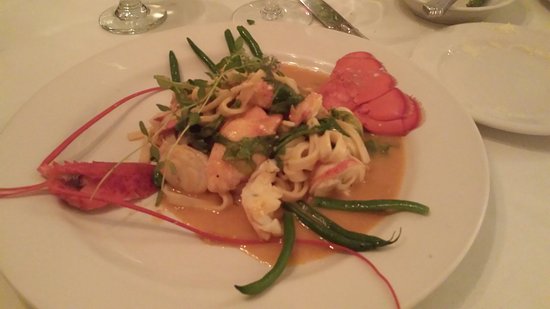 If you are looking for a more personalized, unique, boutique style experience, simplicity where “guests feel incredibly connected with our destination and the local way of life”. Then look no further. The Youngtown Inn Restaurant offers elegant dining in gracious surroundings. Chef/owner Manuel Mercier draws upon his French heritage and European training to create an array of traditionally prepared dishes. Your hosts are extremely proud and grateful to have been reviewed and featured in local as well as national publications. A seasonally-changing dinner menu is supplemented with daily special offerings which take advantage of the freshest available ingredients. Lobster ravioli, rack of lamb and creme brulee have been the theme for many culinary writers. Along with delicious cuisine, the Inn offers a full bar and extensive wine list including "by-the-glass" selections.

It's wonderful to be at the Youngtown Inn. It's a handsome building, with comfortable rooms -- but the two owners make it truly special. MaryAnn runs the front of the house -- attending to every detail with passion and meticulous attention. Manuel is a classically trained French chef, and the restaurant shows off his talents -- not just for dinner, but also for the inn's first-class breakfasts.
This place has the warmth of a bed and breakfast, with the sophistication of a small inn. It's beautifully located -- convenient to Camden, but out in the countryside, near a spectacular lake.
This is a wonderful place - from start to finish. 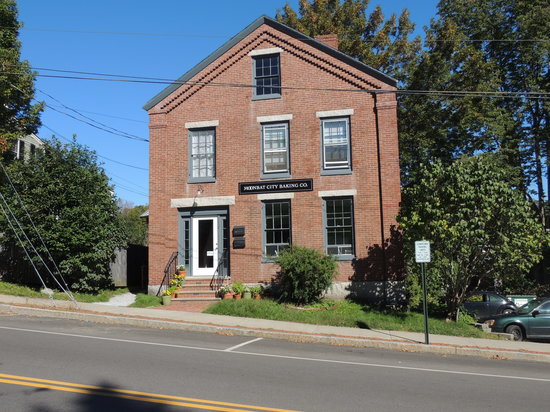 This a small, well maintained coffee and bakery spot! The pastries are all prepared in house and are very good! The staff is very friendly. And the coffee is organic and flavorful, with a free refill available. The only drawback is that Moonbat isn't open on several days of the week, and when it is open, it closes in the early afternoon, so one sometimes will have fewer goodies from which to choose if you get there later in the day. 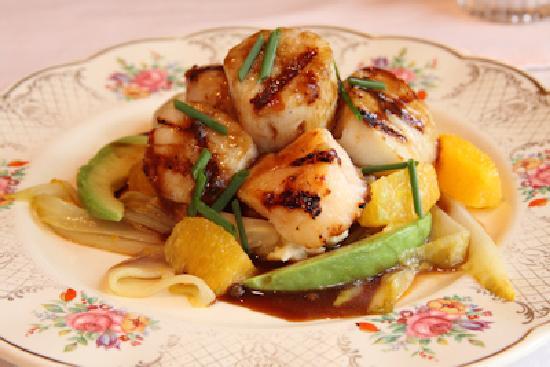 Good food - would recommend sitting in bar/pub room which has great character and lots of entertaining visuals....many offerings of small plates as well as specialty cocktails besides traditional dishes. Very reasonably priced and lovely service. Great music, as well. Memorable! 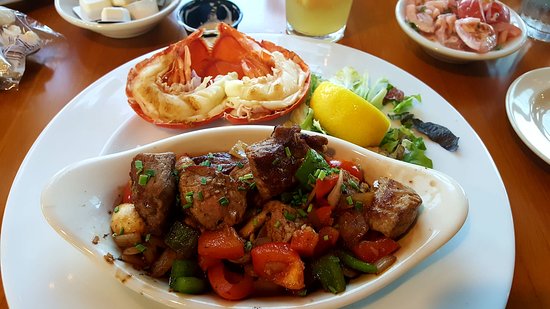 We were planning to eat at a restaurant that was located on the water, so we could eat outside or at least look at the water while we dined. We of course wanted lobster, but I had a hankering for a steak too. The restaurant we were going to go to didn't serve steak, so we went to Chez Michel to eat because their menu had steak as well as lobster. Chez Michel is on the water (when the tide is in) but that night the tide was out and the water that runs down a river under the bridge that passes around Chez Michel, was out to sea, instead of flowing next to the restaurant. Upon entering, it looks like any little New England restaurant. Don't be fooled by its diner-esque decor, this restaurant is one for the palate! Our sweet, wonderful, well spoken, and knowledgeable server was named Allie. She was attentive, and our order was brought to us very swiftly, even down to the last moment add ons, that some servers normally forget, while she maintained control of her whole station. We never lacked anything. She was absolutely charming. We had lobster bisque with large pieces of lobster, in a creamy soup base, but cram packed with lobster, did I mention it overflowed with lobster? SO DELECTABLE! We also had the seafood chowder which was teeming with scallops, haddock, shrimp and clams- truly sensational it is a sweet and glorious chowdah like your grandma would have made. Oysters on the half shell, and shrimp cocktail, you can't believe how sweet the oysters were... Then we had Coquille St. Jacques (scallops and crabmeat in a Swiss cheese cream sauce) succulent and savory, also filet mignon which was ordered medium rare, and came medium rare, and it honestly melted in my mouth, it was an excellent cut, I don't know if it was prime, but it tasted and cut as if it was, I had a lobster tail which was amazing, the grilled swordfish, which that too, was moist and delicious and grilled to perfection. We also had lazy mans lobster, unshelled and awaiting your mouth! They have a full bar, and great happy hour as well... but Then the DESSERT... home made by The hostess/owner Lillian... I can't even. I don't normally delve into the dessert section like this but... I gotta tell you, I had to. We had peppermint stick chocolate crusted ice cream pie... Damn, I mean damn! That was out of this world! We had the crispest crunchiest caramelized surface on the creamiest creme brûlée. Also the best I'm not lying, the Best bread pudding, sweet, filled with spices, and bam -bourbon - it'll grow some hair on your chest! Go to this place, you will be talking about it for a long time to come! 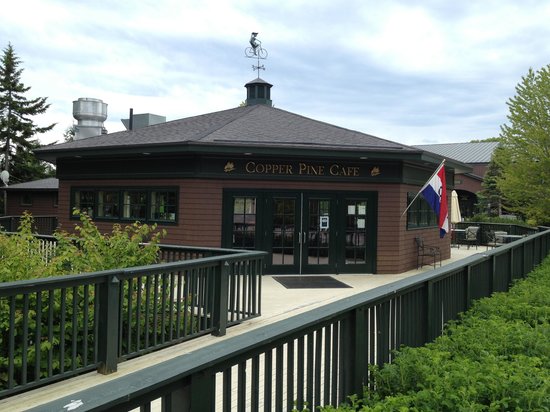 Ate here during a stay at the resort, the breakfasts included with the overnight stay, more correctly, an allowance included which easily covered most of the breakfast meal choices. The staff is sincerely happy and friendly, without being overbearing. The food is prepared promptly and properly, with table service. 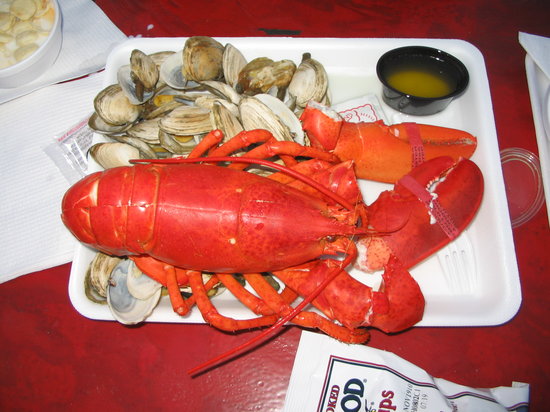 Went there last year and things changed from the last time I was there, which was a few years ago. The food was okay but it seems they sub out some of the meals on the menu now. It's not just a lobster pound anymore. They have hot meals now. But they seemed to be very unorganized putting it together. Haven't been back since. 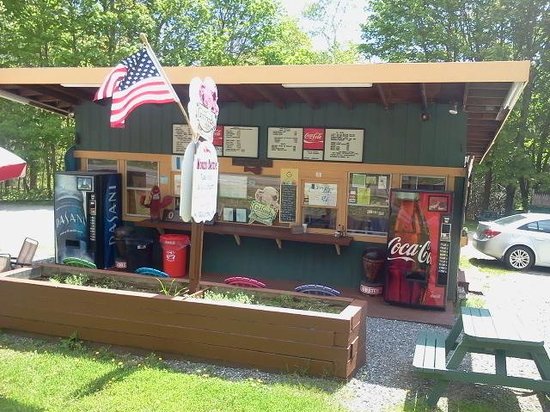 I stopped here for lunch because I didn't want to deal with the parking in Camden. Service at the counter was friendly and fast. The food was delicious. The onion rings were great. Shains of Maine ice cream is an added incentive to come here. Eating outdoors at the picnic tables is pleasant.