Top Things to do in North Chatham

Most Popular Restaurants in North Chatham

Chatham is a town in Barnstable County, Massachusetts, United States, Barnstable County being coextensive with Cape Cod. First settled by the English in 1664, the township was originally called Monomoit based on the indigenous population's term for the region. The population was 6,125 at the 2010 census. Chatham is home to the Monomoy National Wildlife Refuge, located on Monomoy Island,
Things to do in North Chatham

An intimate and sophisticated wine bar and restaurant, offering 25 fine wines by the glass, more than 90 wines by the bottle, and a distinctive selection of martinis, cocktails and craft beers. Culinary Director Jonathan Haffmans (former chef/owner of VERS) has created an exceptional menu of small and large plates to pair with your beverage. Marrying classic French and contemporary techniques, while using the finest local and seasonal ingredients, Jonathan presents culinary masterpieces that are a treat for your eyes as well as your palate. Relax in our stunning dining room, our chic wine bar, or our expansive patio with fire pit, and enjoy a wonderful evening at Chatham Wine Bar. Or make it the perfect evening and spend the night at Chatham Inn at 359 Main!

We love the Wine Bar, in fact, we had our Engagement party on the patio a couple summer's ago and it was a huge success! The food is always amazing and the wine list is the best around, so we figured it would be the perfect place to enjoy New Year's Eve. Chef Regina always creates one of a kind experiences and this one was no different! She keeps pushing boundaries and keeps the food exciting. It's always a fun adventure enjoying her creations. Between the food, the wine, and the wonderfully accommodating, gracious hosts and staff, we were beyond impressed. We can't wait for her next event!

we are closed for a winter break December 25th and will reopen February 14th, 2017

We have gone here for years for the best pies on the Cape. They have a large selection of berry pies that are all the best. We have not tried their seafood pies but others claim them to be excellent. 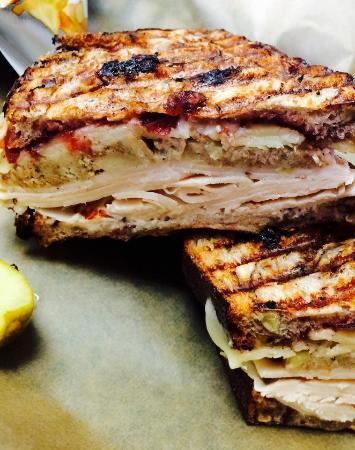 I wanted a break from my family of four and the four other kids staying with us, so I visited Chatham Perk, located on Route 28 in North Chatham. The space is large and the atmosphere pleasant. You can dine indoor or out. My wifi...MoreThank you for your wonderful review of Chatham Perk - this means we are working hard and accomplishing what we set forth! Cheers and please come back soon! Cat 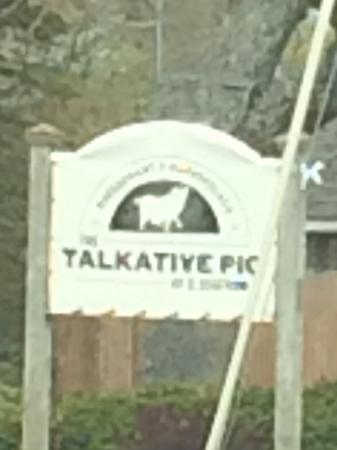 First time visit with family. While restaurant is small, you will not be disappointed. Lively place, friendly staff, & locals frequent it. Mushroom/chicken risotto was very good & fiancé enjoyed beed short rib. Rest of family had their usual chicken dish...yum! & don't pass on the baguette...so so good! 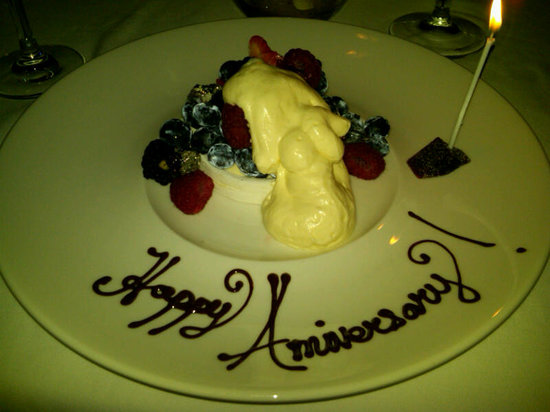 Reviewed By Mark B - Cawston, Norwich

This restaurant was recommend to us as the perfect place to celebrate our 20th wedding anniversary. We were not disappointed. The place is beautiful and the views over the bay are stunning. The staff certainly know how to look after you. We were made to feel very special at every point during the evening.
The food was exceptional in taste and presentation and the little tasters were a nice touch. The lobster carbonara was a spectacular entree followed by fresh pan fried scallops and then ending with a floating island dessert. Aaron our waiter was very friendly, professional and attentive making it a night to remember. 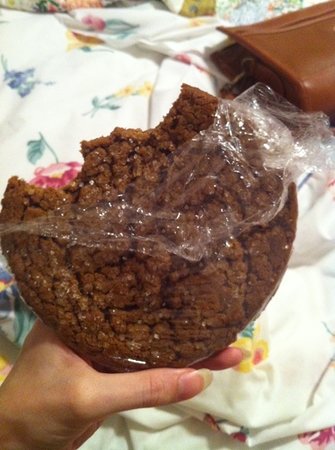 I had heard many good reviews of this place, so I finally tried it as I am in the area on business a lot. I ordered the Italian on ciabatta bread which is one of my favorite sandwiches. I was disappointed when a mess of meat and cheese overloaded with hot peppers was unwrapped. I could only eat half the sandwich whereas it was such a poor example of this classic great Italian sandwich. I would not recommend this place on this experience. 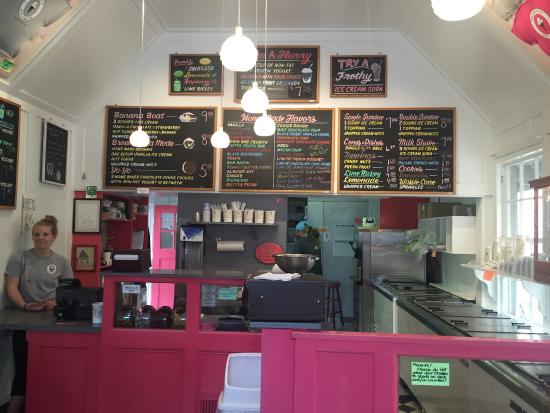 We walked and stoped in many Chatham shops and art galleries and wanted something to hold us over for dinner as well as something cold. This place was right in front of us so we got a small dish of ice cream. It was very good and hit the spot. Added bonus was down in the side from the front door there were some gorgeous bushes with magnificent followers. I'm not so much into flowers but my girlfriend is and she was in heaven and took a. Ice photo! 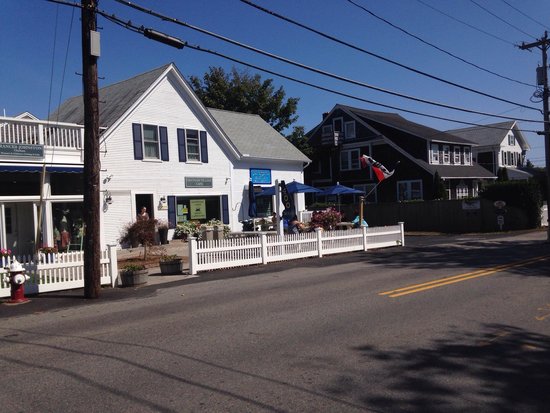 My wife and I bought two sandwiches to take to the beach. The bread was so stale you could not eat it. I called when we came home and was told that the bread was "usually" fresh. The girl then hung the phone up without even a simple apology. 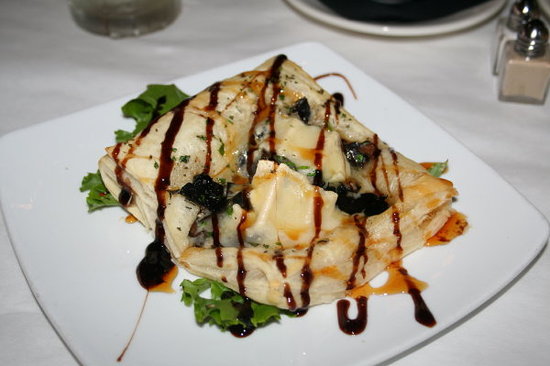 I have been frequenting the Del Mar for years with family and friends. My mother took me here to celebrate my 30th birthday and we were accompanied by two friends and had a wonderful time. I love how relaxing the atmosphere is, even when patrons are packed in like sardines. John, the owner, is awesome. The bartenders and waitresses are terrific. I can't recommend just one menu item because everything is delicious. I love how the waitress last night (I don't remember her name), put a candle on my dessert for my birthday. That was a very nice thing to do. I ordered the Mississippi Mud Pie and mom had the Turtle Cheesecake. It's a great place to go solo or with a group. 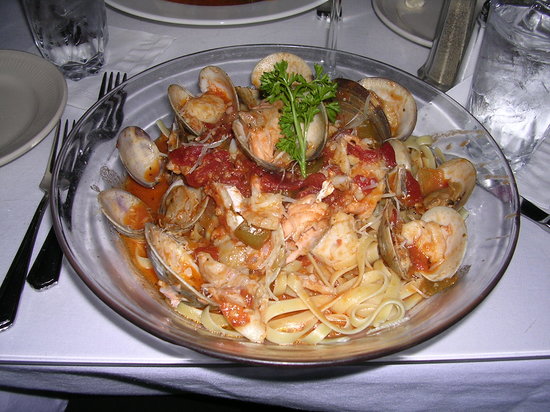 On our last night, we met with friends from Dennis. After passing around a few suggestions, the Impudent Oyster seemed the best option; and a very short walk from our Inn.

I called early afternoon looking for a table at 6:00, it's winter, no problem. Problem, no tables except for 5:00 pm. Wow. We took it.

Get there at 5:00 pm and the place was indeed mobbed. We get seated and about 5 minutes later our friends arrive. Beverages ordered, a couple of Riesling wines and two IPA's. We then had time to take the surroundings. We were seated on a half flight above the tavern. The interior presented a mix of Old Tavern, a Church gone by, and a tiny slice of Swiss Chalet.

The four of us decided to forego appetizers and dive right into a main course. After all, personally my appetite wasn't in the mood for the Early Bird Senior Dining Hour. Three of the four ordered the Impudent Pho Bouillabaisse and I had Sirloin Tips and Shrimp over a bed of rice and a teriyaki sauce heavily laden with salt. The tips & shrimp delicious, but the Bouillabaisse was the way to go, amply loaded with a variety of treats from the sea.

We finish off the evening with a short walk back to our Inn by the fireplace with a bottle of Red and a bottle of home-brew from a friend back home.