Most Popular Restaurants in Morrison

The historic Town of Morrison is a Home Rule Municipality in Jefferson County, Colorado, United States. The population was 430 at the 2000 census. Red Rocks Amphitheatre is located near-by.
Things to do in Morrison 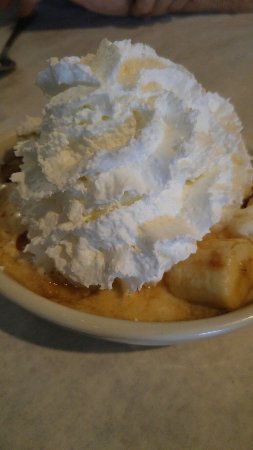 Twin Forks is a modern tavern just outside Denver near Red Rocks in Morrison. The service is warm, welcoming and attentive from the Host to the bar to the table.
The chef is particularly adept with sauces and appetizers, but you are in good hands with anything you choose. 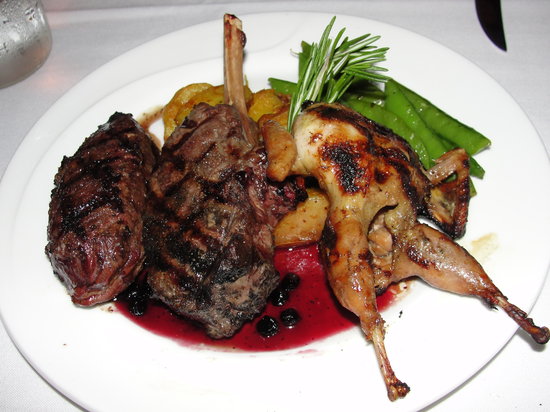 An award winning and nationally acclaimed “truly Colorado” restaurant, The Fort is located in Southwest Denver’s Red Rocks Territory. Specializing in regional game, such as bison, elk and quail, as well as seasonal fish and hearty vegetarian fare influenced by American Indian and Mountain Man cuisine, The Fort’s creation of “New Foods of the Old West,” brings back popular recipes from the 19th century, prepared with a twist. Listed on the National Register of Historic Places, The Fort is a full-scale adobe replica of Bent’s Fort, an important fur-trading fort originally in Southeastern Colorado (1833-1849). Paying homage to the property’s historic inspiration, The Fort’s cuisine is modeled after the diets of pioneers along the Santa Fe Trail, mountain men and native Indian tribes, as well as the culinary influences of the Mexican and Spanish traders who once occupied the border of Old Mexico and the U.S. Territory where the original Bent’s Fort sat. Kinney leads The Fort’s creation of “New Foods of the Old West,” bringing back modernized versions of popular recipes from the 19th century, utilizing a rare cookbook library with more than 3,000 volumes. Dishes such as roasted bison marrow bones, braised bison tongue, Rocky Mountain Oysters and Buffalo tenderloin filet mignon are menu staples, as are cocktails like Trade Whiskey, made with “organic” gunpowder, and “The Hailstorm,” the first Colorado cocktail served in 1833 at Bent’s Fort.

Reviewed By Dennis A - Denver, Colorado

One of the great places to enjoy fine food and history of Colorado. From the great service, outstanding food and the ever present Mountain Men to the Buffalo Head birthday greeting what more could you ask. Well, maybe the outstanding view of Denver from the back patio.From steak to the Bison and quail plate you will not be disappointed. 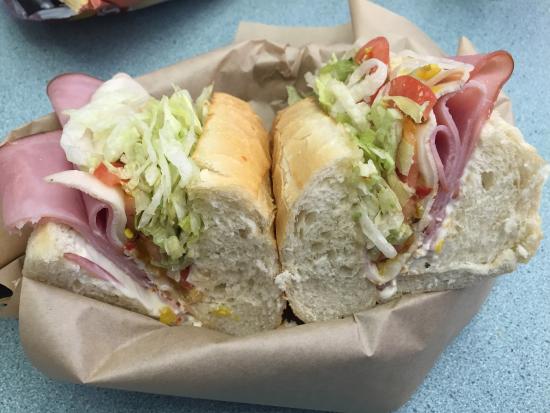 Go home, Subway and Jimmy John's. You're drunk. This place was so good that neither me, the husband or son spoke during our meal. There were just gutteral sounds, eye rolling and lots of lip smacking. Tommy's does everything right where a sub is concerned. No corners cut. Delectable meats and cheeses for the cold subs and quality steak for the Philly. Fresh toppings, finger-licking oil for drizzling on top -- and JUST SAY YES to their special peppers. A symphony of flavor with a tangy kick! We were first timers the other day, after seeing it for 25 years and never stopping in. Wish we could go back in time and try it sooner! I broke my no-bread rule to eat here, and I don't regret it one bit. Hubby and I had Phillies, son got the Italian. Both were piled high with meat. And OMG, that heavenly, chewy french bread. Not full of air like the chains. It's kind of reminiscent of Joyce's Subs from the '80s. At 2:30 pm, it took about 20 minutes to get our Philly sandwiches due to a line, since they chop the meat for each one by hand, but it was worth every minute. Can't wait to go back and try the roast beef with cheddar and horsey sauce. Tommy's, you have three new fans!!!

4. The Cow An Eatery 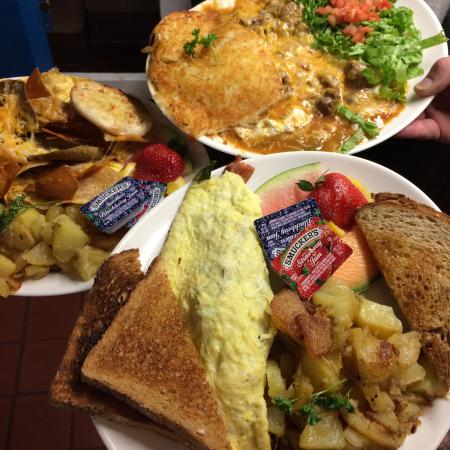 The Cow / An Eatery is a clean, freshly updated mountain town diner. We serve Breakfast, Lunch and Dinner indoors and out. We have an outside bar for your enjoyment and a cozy patio along Bear Creek. We pride ourselves on serving fresh, local food and beverages. Full espresso and coffee menu. Fresh baked goods as well.

Just dropped in here last night after work after a friend recommended it. Staff was very friendly, food is great! Hubby had the buffalo burger with fries, I had the Sriracha tacos and tater tot‘s. Happy hour was half-price appetizers so we got chips and...MoreBjordan912, Thank you for the positive review. We do have happy hour every day from 2-6 pm with drink specials and half off appetizers! We look forward to serving you again soon. 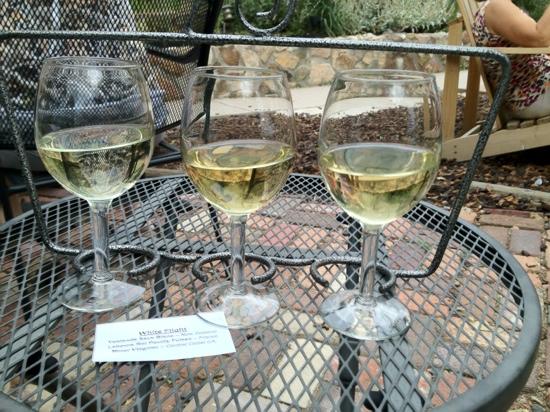 Fun, relaxing, quaint, atmosphere; over 100 wines to choose from by the bottle, glass or a flight of wine. Food is large portions, everything from appetizers to a full meal (blue crab, spinach / artichoke dip, trout dip w/red onion jam, warmed brie, flatbreads, salads, summer club sandwich are just a few of the incredible plates). All food is made fresh, cooked to order. Flights can also accommodate events from weddings, rehearsal dinners, birthdays, baby showers, retirement parties, holiday parties or just a mom&apos;s night out. Make sure to sign up on the website for periodic updates on the wine bar hosted events. Girls Night Out - Tuesdays, Thirsty Thursdays $25 Bottle Night, Live Music Saturday nights, Free Mimosa with entrée Sundays. The patios are dog friendly, patio heaters & fluffy, soft blankets for those cooler Colorado evenings. In the winter cozy up to one of the indoor fireplaces and relax among the candles you will find lit on every table & as our primary decor.

Loved the wine cafe! We stayed across the street at the Cliff House and came here for appetizers and wine. A huge selection of wine, the owner was fabulous (gave us free dessert for our anniversary), food was amazing and we can't wait to go back in the summer and sit not the patio. Try it, you will love! 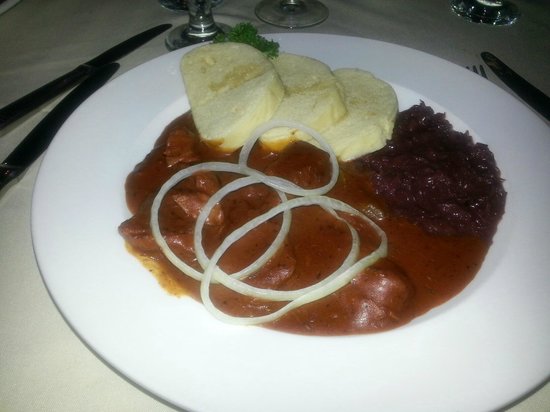 Reviewed By Holly A - Whitefish

We picked Cafe Prague because we wanted a quiet place where we could visit and catch up with friends. The food was amazing and the staff was so accommodating even though we probably overstayed our welcome! 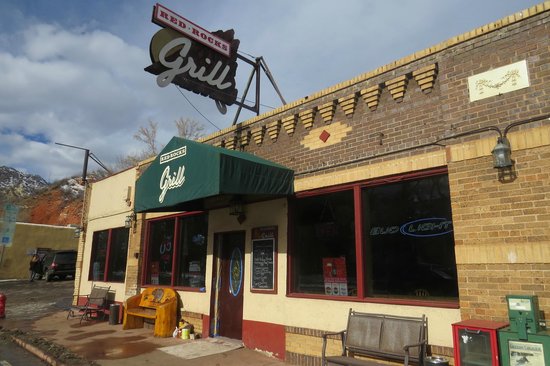 Reviewed By Suzanne I - Carmel, Indiana

Chose this restaurant based on other Trip Advisor reviews. A low key local restaurant with a great choice of American and some Mexican Dishes. Loved the Colorado vibe with the mounted heads of a huge moose,elk, deer, and a full mountain cat too! Had the Boulder Co brewed Buffalo Gold Ale , on draft, with our very tasty meals. Prices for the beers and food items very appropriate for the quality and quantity served. Thought there is an open bar in the center of the restaurant, several families with children were seen.
This is a return kind of place to bring the rest of our family. 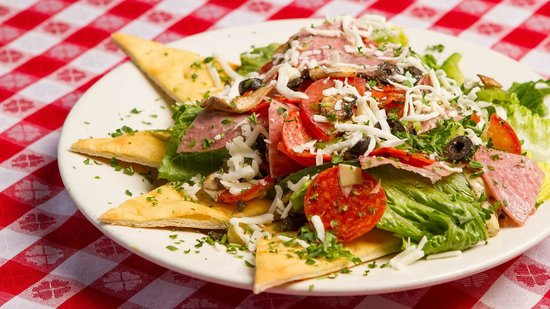 Tony Rigatoni&apos;s Italian Kitchen is a family-oriented restaurant that prides itself in its flavor-rich, widely acclaimed menu with generous portions at very reasonable prices. We serve everything from our multi-award winning Chicken Cara Mia, to our popular pizzas and calzones, to our savory seafood dishes and delectable salads. Our stuffed mushroom and mussel appetizers are second to none.Tony Rigatoni&apos;s was established in 1990 by Gary Conte, Reza Ardelahi, and Fred Williams. Our Morrison location prides itself in its beautiful outdoor deck and cozy, old-home style indoor seating.

Taking advantage of a 60 degree day while traveling in the Morrison/Red Rocks area, our group sauntered into the restaurant and immediately headed upstairs to the outdoor patio. What's not to like about a sunny day, and warm temperatures in the dead of winter. Service was extremely slow, but we were in no hurry, so it was not too bothersome. However, the couple next to us waited nearly 15 minutes before they were ever noticed. Full bar and OK beer selection. Food consists of basic comfort food grub. Nothing stood out. Big portions for sure. Come for the scenery and few drinks, not necessarily for the food. 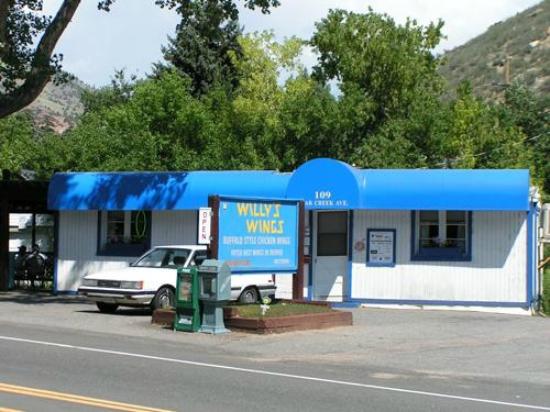 Visiting Red Rocks from UK and saw how popular Willy's is with locals and visitors. After having the 10 wing lunch special with hot sauce, fries, carrot sticks and garlic mayo with soda (plus one free refill) for under $10 each I know why. Never eaten better wings and the friendly crowd on the patio were also really enjoying some great American food. I hope to be back sometime soon and noticed fried catfish is also on the menu.

We had dinner reservations before the concert. There was a mix-up with the seating because we had reserved patio and they wanted to sit us inside. After speaking with the hostess two times he finally corrected out seating changing us to patio. Our order was messed up and we were overcharged. If we are lucky enough to go to Red Rocks again we will not eat here but choose something from food court. Live and Learn.