Most Popular Restaurants in Glennville

Glennville in United States, from Nouth America region, is best know for Takeout. Discover best restaurants in Glennville with beautiful photos and great reviews from traveller around the world here! 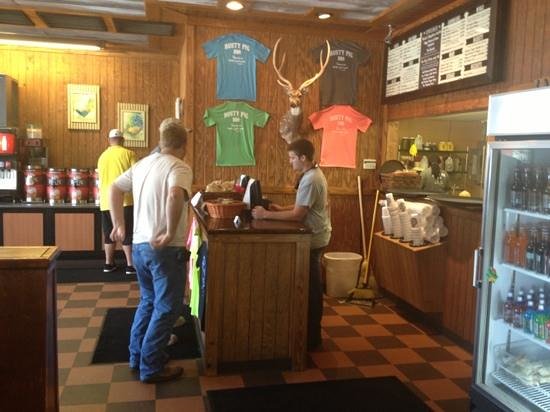 We stopped here per recommendation from locals. I was expecting more local flair but it seems more commercial but well done. Place is clean, service is ok. Food was average. My beef brisket had fair amount of fat. Side potatoes was good. Pulled pork was good, baked beans average. A bit pricey for a platter and one side at $10. It reminded me more of a BBQ chain rather than local home grown BBQ shop. Will not be back.

Best Dairy Queen I've been in. The owner takes great pride in his restaurant being clean, the staff being friendly and the food being prepared. The staff will bring your food to your table when it's ready. Going the extra mile. Really enjoy going there. 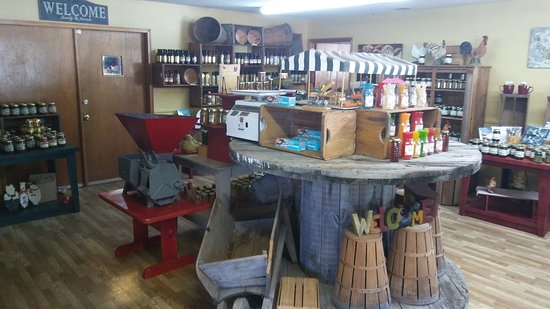 The Farmhouse restaurant prides itself in offering some of the best steak and seafood options you have ever tasted, and making it more affordable than other fine dining establishments. We serve only the the best cuts of dry-aged ribeye and get our seafood fresh off the Georgia Coast! We have plenty of other options to choose from as well. This is a stop you don&apos;t want to miss.

If you are traveling US 301 as an alternative to I-95 and looking for a great place to stop, this is it. Wonderful home style restaurant. Neat and clean, with pleasant staff. You can shop the attached factory outlet store for jams, jellies, and other goodies to take home or give as gifts. Like stopping at Stuckey's in the old days, except the food is a lot better. 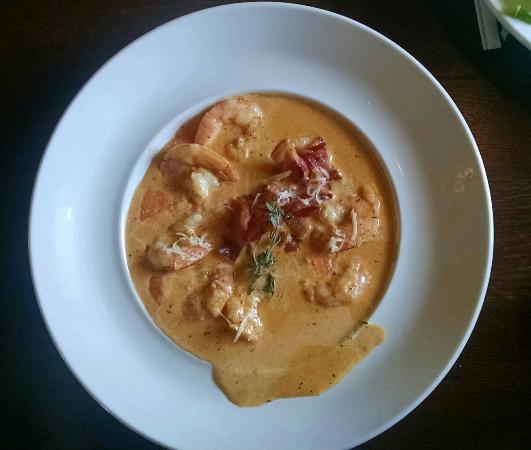 Freddie Knows Food motored down to the little city of Glennville, Georgia, after work to check out a different restaurant, suggested by a few friends, Blake's Fresh Local Dining. I arrived around 5:30 and the restaurant was not yet crowded, but this was soon to change, and quickly. I was seated immediately and since this was my first visit, I inquired about the menu selections, side dishes, and desserts. My server was young and seemed a bit nervous at first and wasn't very familiar with the specifics of the food. My guess is that it isn't often that she is asked ten thousand questions. I can also surmise that she is new to the job, but no matter, she answered my questions and was friendly, attentive and seemed eager make sure I was happy with my dining experience. Although Blake's is sometime referred to as a steakhouse, it's much more than that. The menu has selections for everyone's taste, from the mundane to the eclectic, with a good selection of appetizers, salads, sandwiches, sides, and entrees. I several moments of indecision, I ordered the shrimp and grits. While waiting for my order, I took a look around and the interior of the restaurant is very nicely decorated, very pleasing to the eye, and spotlessly clean. My server brought out two cornbread-grits muffins with apple butter. Different, but oh so good. When my order arrived, I had to look at it for a minute. It was beautifully presented but did not look like other shrimp and grits dishes that I am familiar with. The grits part of the dish is actually tomato and parmesan grits cake, sitting on a bed of wilted spinach, topped with Tasso ham and surrounded by large shrimp with a sherry cream sauce. I was impressed with the chef's willingness to experiment with this rather common dish. The result is amazingly delicious. My only suggestion would be to add a bit more of the sherry cream to the dish, to properly soak into the grits cake. Speaking of the grits cake, it was velvety smooth and moist, complimenting the shrimp quite nicely. The Tasso ham added a bit of bite and spice to the meal. For dessert, I ordered the cheesecake. I rarely order cheesecake because I'm not a big fan and most cheesecake is not made in house and as such is cold and a bit too firm. Blake's cheesecake is made in house, as are the other desserts, according to my server. I will go ahead and make a declaration at this point. Blake's cheesecake was the best I have ever eaten, anywhere. It was light and airy, with a texture of fine China silk. Topped with a strawberry and a few blueberries, the taste was simply exquisite! I thoroughly enjoyed my meal at Blake's and the residents of Glennville and surrounding areas need not drive miles and miles to experience a good restaurant of this type. Now, its just right down the street!

Their sandwiches are superb! The pizza is pretty good and you can tell the ingredients are fresh. We have only used delivery and the drivers have been very friendly. It's a nice change from the other chain pizza stores.

Have to say that this McDonalds which I visit often over the years has really stepped up their game. In the past, you could most times expect to drive away from the drive thru window with something wrong in your order. However, I must say for the past many months, that hasn't happened. It appears they have added more employees to handle the busier times (mornings especially). Only complaint I have is the very few times that I was told I had to wait on a parfait (expect those would be made in advance and in refrigerator) or coffee in the morning because beans had to drop. This has only happened a few times. So I give them an A+ for improving service.

my daughter is a fried chicken fanatic and this beats KFC in her book. It is tied with popeyes, i have never had fried chicken this moist in my life and being a big family we can feed everyone under 30.00 is a winner by my book!

This place has absolutely the best food ever. Their gizzards are just to die for. The employees are always friendly and helpful too. I certainly enjoy ducking in her to satisfy my guilty pleasures.

It's a typical subway. The staff is very friendly. Restaurant is clean. Within walking distance from anywhere in town. Parking is a problem during rush lunch time. 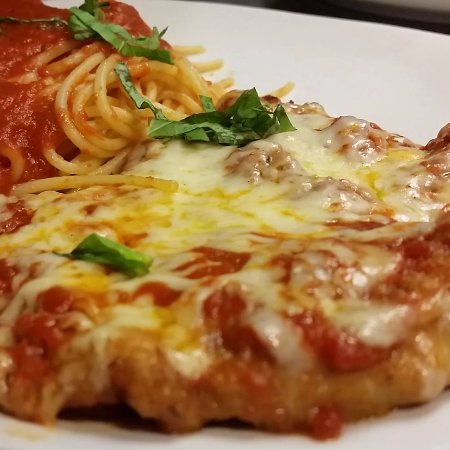 From the Old Country to The Lowcountry, Bella Napoli Italian Bistro creates timeless and authentic Italian cuisine - from pasta to veal, chicken, and the best pizzas and sandwiches. Great for family dinners, special events, or a romantic evening for two, come savor the flavors of our favorite Italian classics.

I highly anticipated the opening of this restaurant since we typically have to drive all the way to Vidalia for good Italian. We stopped in one evening this past weekend and unfortunately it was a bit of a let down. I'm not one to leave bad reviews but I guess there's a first time for everything. First of all the prices were very high. I would understand prices like that if the meal included a salad or bread, and maybe even a couple dollars more if so. However to add a side Caesar it was $4 extra. The caesar came out and my husband and I both looked at each other and laughed. It was tiny and the croutons were very stale. For $4 on top of a $15 meal I expected better. Secondly the employees were very loud and distracting. They were all gathered together at the front talking, laughing and watching videos either on their phones or possibly a computer up front. I'm all about people having fun at work but that was a bit much. On a positive note our food arrived quickly and our waitress was great and attentive. The food as far as quality on the other hand left much to be desired. I had the lasagna and the meat sauce was very salty and acidic. And yes I know tomatoes are acidic but it was very strong. The taste of my meal reminded me of the canned "chef boyardee" ravioli I used to eat as a child. My husband had the eggplant parm and while I didn't taste his eggplant I did get a bite of his spaghetti and it was a bit better than what I had. Perhaps there was less sauce and more of the pasta to soak it up. He tried mine and did say that his was better but not what he expected from and authentic Italian restaurant. Overall we were disappointed. We will give it another go sometime however and try some other dishes on the menu. I still have hope.