Most Popular Restaurants in Georgetown

Georgetown is a town in Essex County, Massachusetts, United States. The population was 8,183 at the 2010 census. It was incorporated in 1838 from part of Rowley.
Things to do in Georgetown 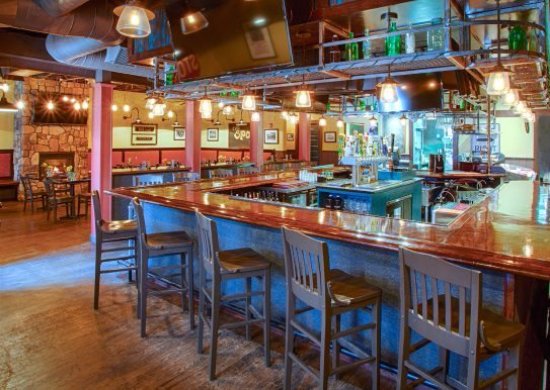 What stands out the most for me these last 7 years is their service. Its spot on for friendly efficient service from bar to wait staff. The food is also great every time.
Good size portions....I call them Mass portions....we love our big BIG portions.
THERE IS ONLY STREET PARKING.....BIG BIG OUCH!
Oh a tip to sushi chef...change your glove when you pick up fish off floor
..and yes he threw the fish away.

I'm tired of this place tho this is not an indictment of Dunkin' Donuts all over. First off the parking lot is too small and crowded, hard getting in and getting out, people pulling out, etc. There is no drive-thru because Georgetown does not allow traditional fast food outlets. That might be important. No drive-thru.

Inside the staff can be surly, especially the short skinny chick. She doesn't even ask what you want, just stares at you and it's not just me. Then instead of filling your order they put the slip down on the counter and if someone picks it up and does it fine. If not you stand and wait.

Of course once you get your drink and maybe food it's fine. Dunkin' Donuts does serve good stuff tho I think their bagels are too small.

My advice, go to HoneyDew, 300 yards down the street toward Rte 95 on the other side of the street.

they really love what they are doing and it shows. This place is relatively new but it's destined to be legendary. This is the sort of place that 20 years from now you'll drive past and smile remembering the fun you had there.

They do a great job. 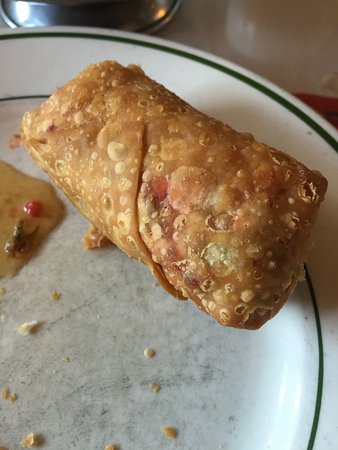 Awful, overpriced food. Ordered takeout on 11-28-2016. Ordered Chinese Dumplings, Spring Rolls, and Vegetable Lo Mein. The vegetable lo mein was ok, not great. Lacked any flavor, was really bland. The spring rolls weren't very crispy. Needed to be cooked more. Could tell the fryer grease wasn't hot enough, as the spring rolls were soaked in oil. And, I've never experienced this before in any chinese restaurant anywhere in the USA - and I travel for work a lot, but their soy sauce was watered down to the point where it had no flavor whatsoever. It was like having a cup of water with a teaspoon of soy sauce in it. No kidding.

BUT, the BIG PROBLEM was, the Chinese Dumplings were RAW! RAW pork, uncooked! First of all, Tea Garden's Chinese dumplings are twice the size of any other regular Chinese dumpling. Look at the picture I provided. I put a penny, then a regular Chinese dumpling in the front for comparison, and Tea Garden's dumpling in back of it. And, I cut open another Tea Garden Chinese dumpling next to it to show how raw the pork was inside and how thick the dough on Tea Garden's dumpling is. The dough on a Chinese dumpling should be thin so that it cooks thoroughly and fast, considering raw pork is inside. That doesn't happen in the Tea Garden dumplings because their dough is so thick that the inside of the dough is still raw while the outside is browned from quick pan frying. And, of course the pork inside never reached cooking temperature, and remains raw. Tea Garden colors it's pork brown, so that it looks like it's cooked, but one taste convinces you it's totally raw. If Tea Garden cooks their dumplings longer, then the outside would burn in order to achieve proper cooking temperature inside.

Simply put, Tea Garden doesn't know how to make a proper Chinese dumpling, and their dumpling is a health hazard. I'm going to report it to the Groveland Health Inspector. And to top it all off, their prices are more than regular chinese restaurants. You will overpay for bland, mediocre, and dangerous food.

Avoid this place. There are many other reputable Chinese restaurants close by that have properly cooked food. 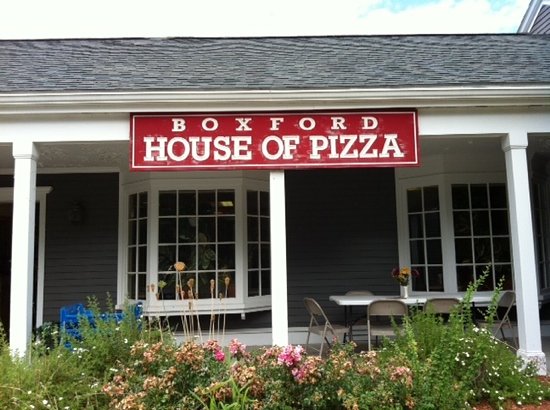 We are from the NYC area and have been frustrated for many years trying to find a good pizza here. Then we found Boxford House of Pizza.

It's a litle thicker than a good NYC pizza - but the best we've had in Georgetown. The meetball pizza has become our favorite.

And they deliver HOT and fresh. What more can you ask for? 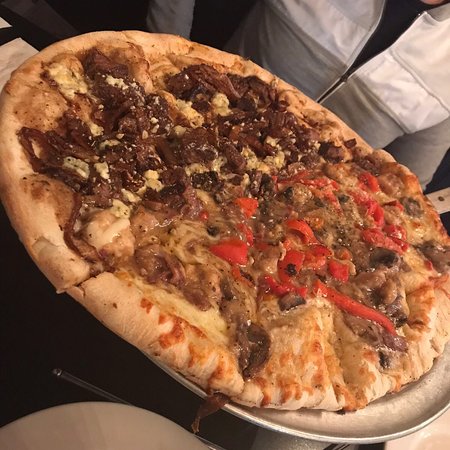 I have dined here maybe 8-10 times in the past 5 yrs and I must say, service, food and ambiance has always been consistently good. There are a bunch of new restaurants around and, honestly, as much as I would like to try them they all get such spotty reviews. I think I will just stick with the tried and true places like this one.

And, Monday night $5 burgers with home made chips? I will definitely be back more often!

My party of 4 had a $5 burger, a very large individual pizza, large fresh salad and a quesadilla along with 2 beers and 2 sodas and the bill was $60 before tip. Excellent value. 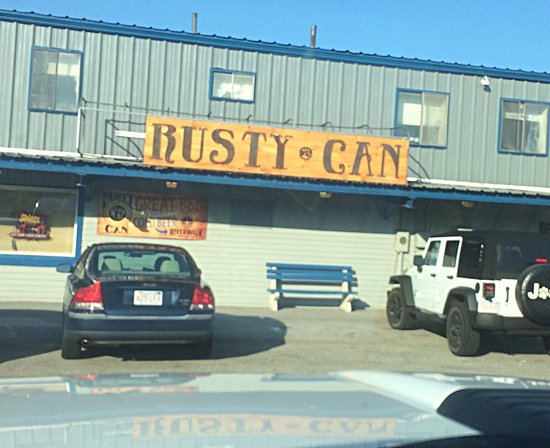 Stopped in for a late lunch. The restaurant was dark with a rugged theme (a board's head hanging on the wall). Plenty of neon beer signs and a smattering of TV's. The food was good but not exceptional. It reminded me of southern cooking but fell short. The pulled pork thankfully was not drowned in bbq sauce but it was too fatty and greasy. Still it was better than most in this area.

I recommend the onion dip and kettle fried potato chips if you are looking for an appetizer.

I can see that this place could really be kicking on a Friday or Saturday night. But, it did not make me willing to drive out of my way to get there. 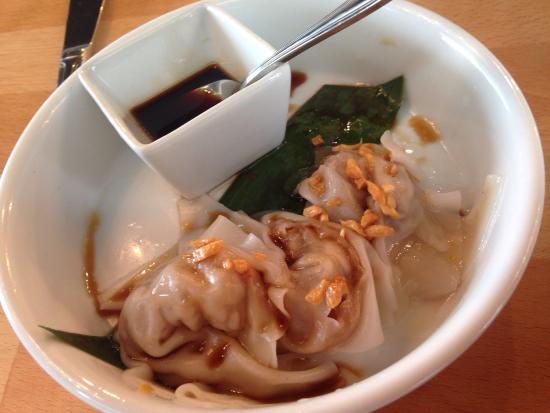 Their menu is quite varied and is sure to please even the fussiest eaters. I'm not a huge Thai fan but I have found a number of tasty dishes that I love. So if you love Thai food, this is your kind of place. 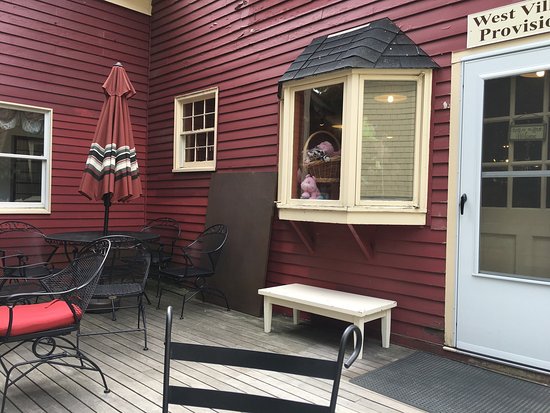 West Boxford Provisions is part restaurant, part convenience store, part neighborhood hangout. I love this place because the food is delicious, and they have some of the best coffee anywhere. The takeout/take home food is all homemade, mostly organic and locally sourced (as much as possible) and so good. I get the beef and bean chili as often as possible when I don't feel like making dinner. I love the breakfast sandwiches which are available anytime. Good chance I'll run into a friend or neighbor and the owners are now friends as well and almost always around the shop. And to top off all these good things, you can also get your knives sharpened! 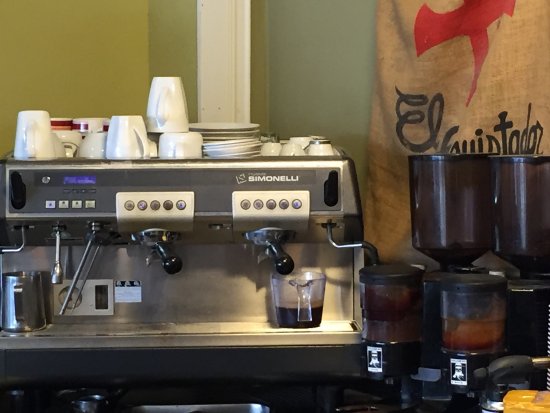 A few years ago, my family visited Sicily and enjoyed gelato sometimes more than once a day. At almost every opportunity I have gelato at various places when on vacation or just traveling about.
Yesterday I stopped at Dolce Freddo Gelato with my grandson. This gelato is the "real stuff". I have found my true Sicilian gelato.
For those who do not know what gelato is.....think ice cream on steroids.