Most Popular Restaurants in Fulshear

Fulshear (/ˈfʊlʃər/ FUUL-shər) is a city in northwest Fort Bend County, Texas within the Houston–The Woodlands–Sugar Land metropolitan area. The population was 1,134 at the 2010 census, up from 716 at the 2000 census. The estimated population in 2015 was 5,886.
Things to do in Fulshear 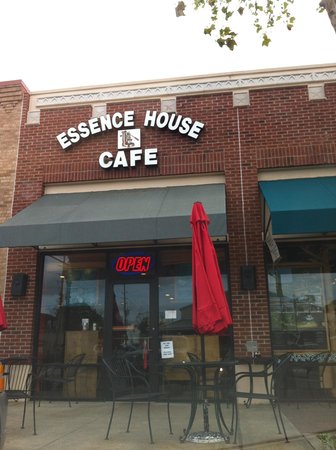 They don't have a big kitchen but serve lite bites. I normally get breakfast, my wife a salad, daughter gets soup, and the boys get sandwiches. They also serve great desserts and have ordered Holiday pies from there that are massive. 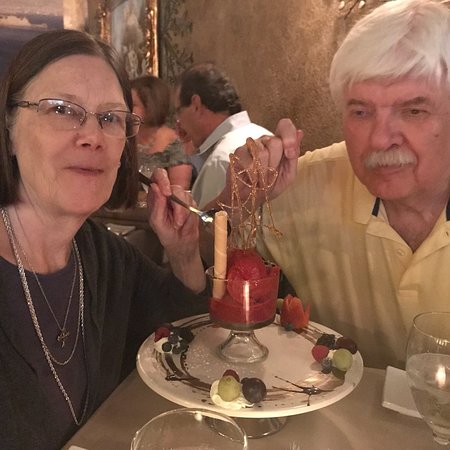 This restaurant is truly a hidden gem... The unassuming exterior hides a beautiful and cozy restaurant inside. And then there's the food! OH! The FOOD! Don't be fooled by the small menu...the LARGE specials board is bursting with so many delicious dishes you will have difficulty deciding what to order.

The bruschetta is fresh, flavorful, and toasted to perfection. And it's served with two spreads: sun dried tomato and smoked salmon. Which is better? Each bite will tell you "this one" regardless of which one you taste.

The appetizers are large and sized for sharing! If there is a Baked Pear Salad on the board...GET IT!!! OMG! All of us LOVED it! The pears, mangos, and pineapple were some of the freshest, sweetest, flavorful fruits I've had. Then pair that with mixed greens, slivered almonds, gorgonzola, and house-made dressing...who needs an entree?

Turns out...everyone! ;-) Portions are generous on all the dishes. The Shrimp da Vinci puff pastries filled with fresh seafood is decadent and divine. The Eggplant Parmesan is beautiful and balanced.

Whatever you do...save room for dessert! Pack up half your meal if you're getting full, because the desserts are sooooooo tasty! I couldn't resist eating the decorative sugar topper, which left my hands sticky, but it was oh-so-worth-it! I'm not a "cake person" but the Italian Cream Cake is one of the best I've had! Very light and satisfying. And the Caramel Cheesecake...well...I'm a sucker for just about any cheesecake...and this one is no exception!

Throughout the meal, I couldn't help noticing all the different dishes coming from the kitchen...don't be surprised if everyone at the table has a different plate or bowl. And the desserts are all brought out on pedestals. It just adds to the ambiance of feeling like you're in someone's home.

Whether you're celebrating a special occasion or celebrating the fact that it's Tuesday, I *HIGHLY* recommend treating yourself to a meal in this special place. It's small, so make a reservation to ensure you get a table!

3. The Cafe at Brookwood 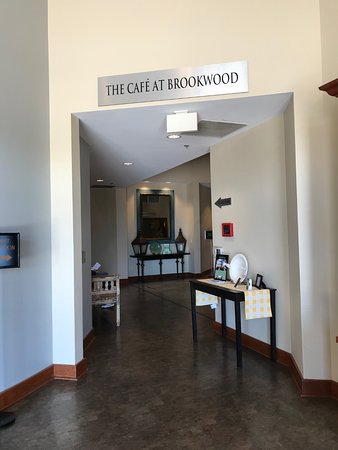 Bring the family and friends and come enjoy the spectacular garden views, complimented with exceptional cuisine created by our award winning Chef Michael Fernandez and his team. Chef Michael Fernandez is an accredited chef that acquired his culinary education for The Culinary Institute of America at Hyde Parke New York. He worked for many years as a Senior Chef and Instructor for the Art Institute of Houston as well as a Chef for the 4 Seasons Hotel in Austin, Texas and Maui, Hawaii. We truly believe that our food, service, and ambiance can compete with any restaurant. Please dine with us...we think you will want to come again and bring your friends.

Brookwood Cafe is delightful with young folks with Intellectual Disabilities helping to serve. The food is delicious and well-presented. Before or after eating, be sure to visit the store and gardens. I never leave without picking up some gifts or plants. Some of the items are made by the special needs folks. Great candy and ice cream shop in downtown Fulshear Texas. We stop in every chance we get. The owners are very friendly an even let us in one night after they had closed. They have a great variety of ice cream and a huge selection of every type of candy you can imagine. 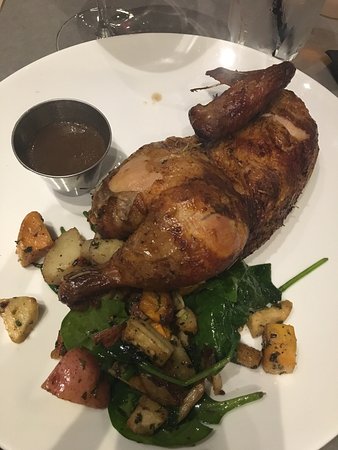 First visit for dinner and what a great place. The atmosphere is warm, welcoming and beautiful done. The food was amazing and the service excellent. You must try it. 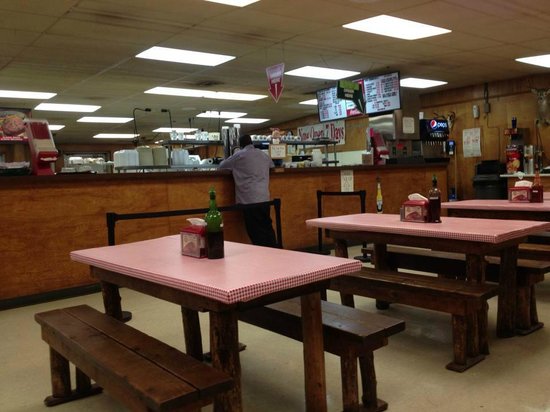 We stop by for lunch often. If you get there around 11:30, you beat the rush. And yes, there will be a line starting about noon.
It is a order at the counter type of place and makes the whole neighborhood smell of BBQ. The brisket is the family favorite, but my son loves the ribs. The sides are typical BBQ sides, but the potato salad is really good.
The meat case has some great cuts that you can take home for dinner as well as a wide range of jerky. The store has some local honey that I use to cook with and help with allergies. 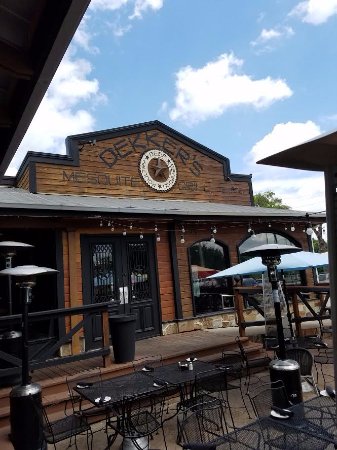 Ok, so I passed by this place in Fulshear for years. But boy was I happy we stopped for early evening meal. My ribeye was perfectly grilled with a nice smoky flavor. Mashed taters were good, though not quite as warm as I like, and...MoreThank you for taking the time to review us. We hope to see more of you in the future! 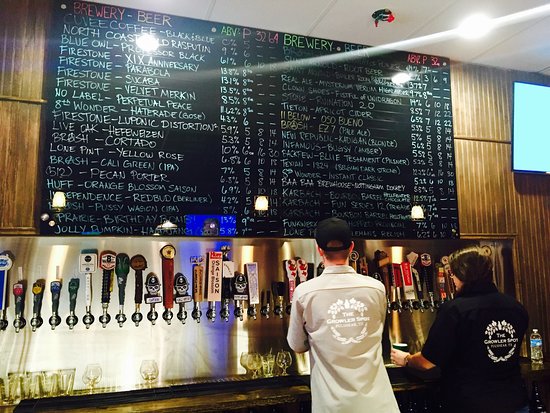 What a great place here! Stopped in last Sunday afternoon for a few brews and some lunch. The bartender, Ian, was exceptionally helpful and friendly. Very knowledgeable on the the beer selections and styles. The beers were all properly served and fresh too. Many breweries and styles to choose from. Many of the selections are Texas local brews. We felt like we were hanging out with friends here after a few minutes! The menu is simple, not large, but we had a pretzel, pizza and a sandwich. All of the food was very good, and nice size portions. We even got a fresh bomber can of draft beer to take home. The beer and the food were all reasonably priced.
Really looking forward to our next trip out here from Katy! The Growler Spot sits in the corner of a strip center (easy to miss), located just before you get into Fulshear, by the Dollar General. 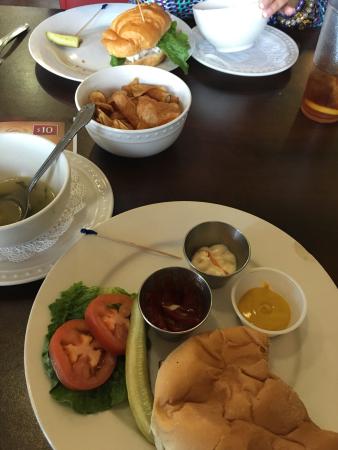 The restaurant has a very nice, casual dining area with a small patio overlooking one of the neighborhood water features. The menu consists of Italian fare: from lighter items like crepes or salads to heavier choices like the Meatball Sub. The only issue we've ever had here is slow table service, but the food is great! The soup could be served hotter I guess. 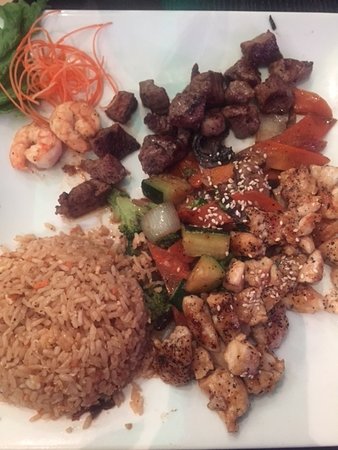 This was our first visit. We did not want hibachi and therefore sat in the smaller restaurant area near the sushi bar.

The restaurant has a really nice ambience and had been dressed up for Halloween.

Service was excellent and attentive throughout the evening - even though the restaurant was busy. It was a Friday night!

The menu had a good choice of sushi, sashimi, etc. and other typical Japanese appetizers and entrees. The sashimi was excellent and was really good value for what we got. The baby salmon sashimi special was excellent.

We will definitely eat here again.