Top Things to do in Fort Wright

Most Popular Restaurants in Fort Wright

Fort Wright in United States, from Nouth America region, is best know for Takeout. Discover best restaurants in Fort Wright with beautiful photos and great reviews from traveller around the world here!
Things to do in Fort Wright There are still restaurants that combine near perfect home style cooking with impeccable southern charm right here in northern Kentucky, (Thanks Carla for the superb service). From the fantastic (already raves about by others) fried chicken to the onion ring appetizer, to the soft fire in the fireplace, this was a perfect after Christmas afternoon. 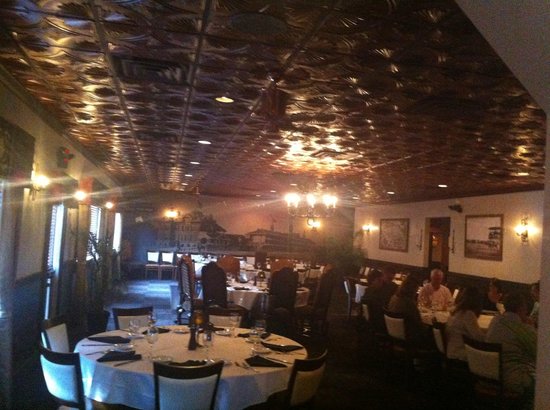 I have been to Walts’s 3 times - twice at Christmas and once for a special occasion dinner - both Christmas visits were a disappointment, but the “regular time of year” visit was terrific. My last visit (Christmas), dinner took 3 hours, excessive even by fine dining standards. Food was just okay, and service was ridiculously slow. Management should make certain there is enough staff to cover the holiday crowd. 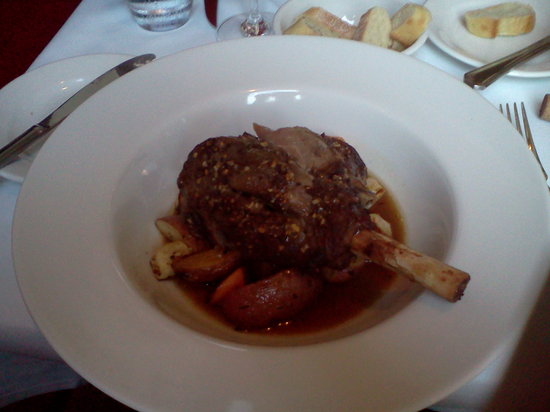 Bouquet Restaurant is an upscale farm-to-table bistro opened in 2007 by Stephen Williams. As one of the first restaurants in the area to embrace local and sustainable farming as a cornerstone of its mission, Bouquet’s menu is constantly evolving to utilize the best products from over fifty farmers and purveyors. In addition to an eclectic and ever-changing offering of small plates, entrees, and desserts, Bouquet has become known for their monthly four-course tastings and extensive bourbon collection. Chef Williams channels his dedication to the community into his work with various local charities and organizations, including collaborations with the Freestore Foodbank, the SIDS Foundation, and the scholarship fund at the Midwest Culinary Institute. He is especially passionate about his leadership role within the local chapter of Chef’s Collaborative, an organization which seeks to inspire symbiotic relationships among chefs, farmers and promoting sustainable practices.

Visiting family in Northern Kentucky and overnighting, needed to find a nice place to dine. TripAdvisor again did us a good turn and we wound up at this delightful spot. Toop recommendations!

The "Mainstrasse" district in Covington is far more upscale than the run-down neighborhood it was in my youth. The street is lined with many taverns, restaurants, and little lshops and they draw sufficient clientele to keep the place hopping.

Bouquet occupies one of the century-old buildings that typify the strip, with a cozy little mutli-floor interior. We were there on an extremely pleasant September evening and we opted to take a table on the sidewalk out front. A comfy choice, the only downside being that my wife kept getting little bugs in her wine (strangely, I did not)--she finally started keeping her bread plate on top of the glass.

Weopted tp dine on small plates. They have a monthly tasting menu of four courses, so we shared that. This month it starrted with a salad, followed by a pasta, then shrimp and grits, and finally dessert. We added a couple of appetizers and paired it wirh a bottle of exceptional Argentinian Malbec. As for the quality of the food--these chefs are top-rate. Sometimes creative people seem to be doing too much, and when you look at the ingredients in their dishes you worry that it's three too many--but then the dish arrives and everything sings in harmony. It's a great thing.

The salad had a couple of baby carrofs, one sou vide and the other I think steamed--with a bit of greens and a creamy dressing that was outstanding.

The pasta--spaghettini made fresh in-house and ideally al dente with heirloom tomato sauce, garlic chips and basil leaves. If you're a pasta lover, you want this.

Shrimp--with a little bit of grits, some red oil drops ringing the plate, served up with some pickles. The shrimp heads were caramelized in fhe fryer and included for the adventurous; I can't say I wanted more than a sample. But the shrimp ftail sections were fine,

Our other small plates were the fairy eggplant appetizer and the burgoo, The little eggplangts were caramelized and served with mushrooms and dates--an inpired blend! The burgoo was I think not traditional Kentucky since it conained beef, pork and lamb--but the lamb made it savory and the gravy was good enough to put on ice cream.

The service--they work as a team and several were helping to bring our dishes and bus the table, but our main server was Wendell. I want to call him "Mr Wendell" after that Arrested Development track about an inspirational man--he was inspirational as a server. His manner was warm and upbeat, his presentation spotless. The only flaw in the entire experience was that our shrimp-and-grits dish was delayed as the kitchen was backed up with a very large party upstairs; Wendell took the time to explain the delay to us (we joked about how we thought the shrimp got loose and they had to chase them around the kitchen) and comped parf of our check even though we weren't complaining

What a class act is Bouquet, from the welcoming staff to the genius cuisine. We're not local, but my wife was already talking about wanting to return for their charcuterie board. I find myself equally enthusiastic. 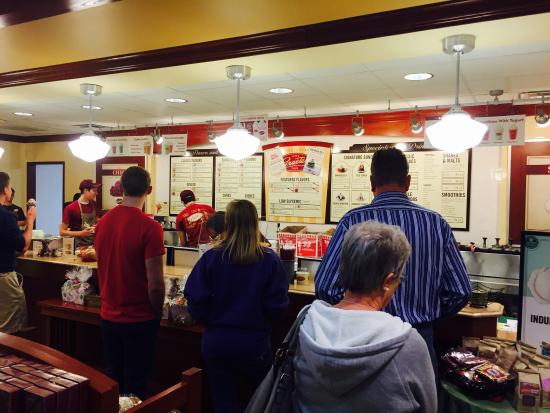 Graeter's is always terrific. In fact, we just sent two six packs of ice cream to our adult kids in New Hampshire. We indulged ourselves with sundaes. Worth every calorie! My only suggestion is that there should be more than just one table and four chairs inside. They've set up a number outside, but not everyone wants to bake in the summer heat. 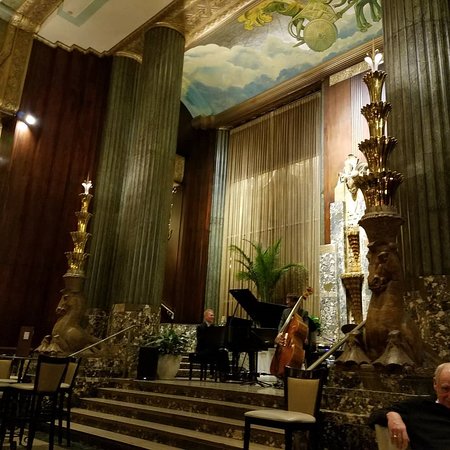 Orchids at Palm Court is an award-winning fine dining restaurant located in the National Historic Landmark Hilton Cincinnati Netherland Plaza. Executive Chef Todd Kelly is the American Culinary Federation&apos;s 2011-2012 USA Chef of the Year, the highest honor given by the 50,000+ chef organization. “Top Cincinnati Restaurant” by Zagat (2011, 2012, 2013) and named "One of the Top 100 Restaurants in USA" and "One of the Top 100 for Best Service in USA" by OpenTable, 2011, 2012 & 2013; AAA 4 Diamond (2006-2012). Orchids offers a contemporary American menu that is seasonally updated with local ingredients. With breathtaking French Art Deco including two-story Romanesque murals, rare Brazilian rosewood, German silver-nickel wall sconces & an original Rookwood fountain featuring two large seahorses all restored to the 1930s grandeur. Complimentary valet parking.

Chose Orchids at Palm Court in the Netherlands Hilton Hotel for a client dinner.

Food was deliciously prepared. Small, tasty portions. I chose the scallops for the entrée, and would order again.

Oxtail ravioli appetizer was spectacular, and a few of them would be a meal.

In addition to the three courses, we were offered a complimentary crepe before Course #1, and Falafel between Courses #1 and #2.

Pluses:
* You can order two appetizers and one entrée for the three-course dinner. That’s what we did instead of including a dessert
* Tables are spaced apart for quiet conversation
* Menu is online with prices; but disappointed wine list is unavailable
* Complimentary valet parking.

Next visit I would choose instead a table and not sit in a booth, which I found too large. 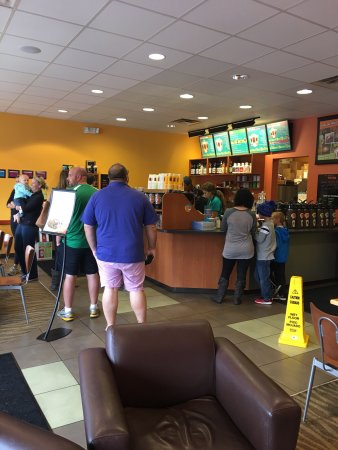 I drive by frequently when visiting family, but had never stopped until recently. Frankly, I was expecting the coffee to be better based on opinions of others. It was "okay" or "average" -- not on par with many personal comps. The atmosphere was nice; service was extremely courteous and all around a good experience. Coffee just needs to taste better.

Was it just a bad day? Not representative?

As I prefer not to rush to judgement I still voted 4 stars based on all factors and will be perfectly willing to write a more positive review if future visits indicate this visit was not the norm. 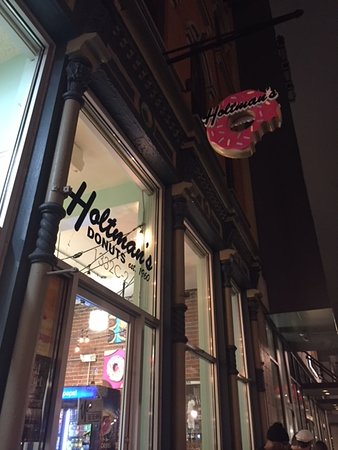 Always fresh and the chocolate donuts are my favorite however I also quite often just stick with the glaze . 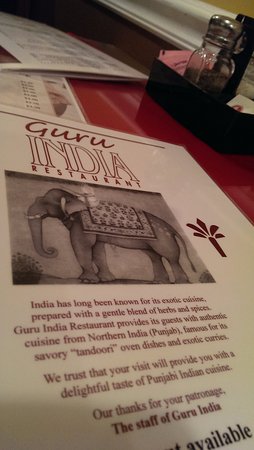 It's the first Indian restaurant we tried in this area and very much liked it. The food is good, ambiance is nice and service is quite quick.

Food:
We went with Paneer Pakoda as an appetizer followed by the Vegetarian Thali which included an appetizer (again!!!) of two pakodas, a papad and a batata vada, followed by the main thali/plate of two naans, two subzi/curry (Aloo Chole and Paneer Matar), white rice with peas, daal, raita and gulaab jaamun. Overall, the food was delicious - almost every item. The only problem we found was with sabzi. While Aloo Chole was short on salt, Paneer Matar had this weird sweet taste - completely uncharacteristic. However, the star was the appetizer that was delicious. Rice - very well cooked. Raita was quite creamy and the salt was lifting up the flavor. Gulaab Jamun was a perfect closure as it was delicious - quite coarse from inside but the sweet taste was absolutely brilliant.

Ambiance:
Well lit and plenty of room with high ceiling giving quite a bit of air to breathe. Neat and clean restaurant.

Service:
Service was quite good. The gentleman attending us did not vanish into thin air after getting us seating, unlike what we have normally observed in other Indian restaurants in the US. However, he needs to get an idea of Indian spice level when he speaks out the scale. He said that HOT will be quite hot even by Indian standards, so we went for moderate HOT to be on the safe side. However, that level of spice in the curries and daal was minimal and we could have easily gone for a scale or two above.

Overall:
A must visit restaurant if you want to get some quality Indian food. 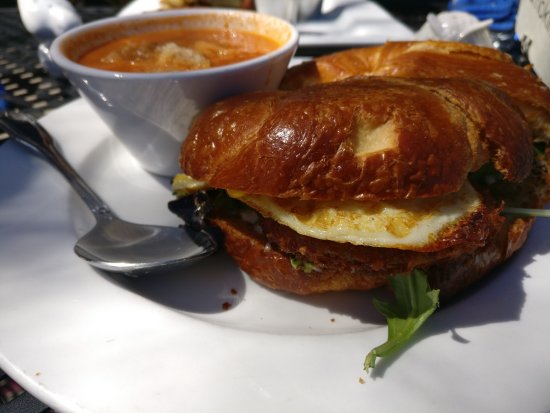 We enjoy the restaurants and bars around Mainstrasse. We started our evening with apps and drinks at Ottos for happy hour from 5 to 6. We love the brussel sprouts and truffle fries. Only complaint is that happy hour drink menu only includes beer, and with competition around the restaurant they need to add wine and cocktails. 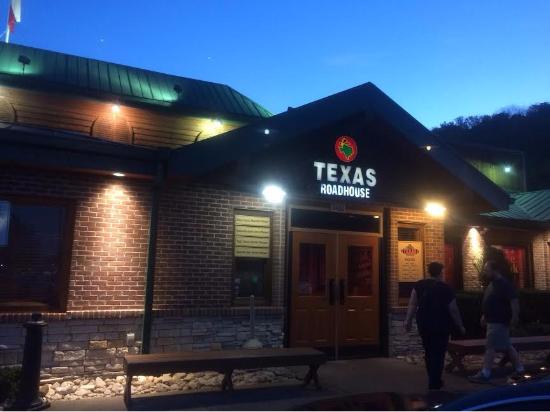 Our group visited here on Labor Day and the restaurant was simply mobbed. Thankfully we had reservations and did not need to wait. Service was understandably slow on this day but with servers flying everywhere we could see all that could be done was being done. The food was very good but my wife and I both had pasta with our meal and that could have stood to be hotter. We did not complain however. Over all we thought this location would be great on a normal day.