Most Popular Restaurants in Chimayo

Chimayó is a census-designated place (CDP) in Rio Arriba and Santa Fe counties in the U.S. state of New Mexico; the name derives from a Tewa name for a local landmark, the hill of Tsi Mayoh. The town is unincorporated and includes many neighborhoods, called plazas or placitas, each with its own name, including El Potrero de Chimayó (the plaza near Chimayó's communal pasture) and the Plaza del Cerro (plaza by the hill). The cluster of plazas called Chimayó lies near Santa Cruz about 25 miles north of Santa Fe. The population was 3,177 at the 2010 census.
Things to do in Chimayo 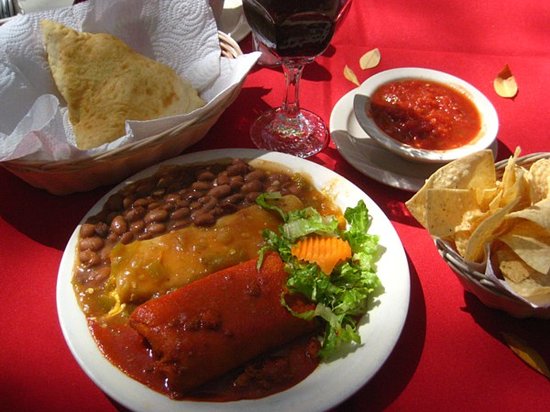 Because we roomed at the Hacienda Rancho de Chimayo (across the street), we ate several meals at the Rancho de Chimayo Restaurante---3 dinners and 2 breakfasts. We found no better food or service during our New Mexico trip!

Servings of their entrees were very generous---often more than I could eat. For dinner we chose a variety of menu items---taco salad, tortilla soup and salad, steak quesadilla, sopailla, salmon salad, chicken breasts with chili con queso, avocado and shrimp salad, caramel cheesecake and raspberry cheesecake, margaritas---all of it fresh, abundant, and delicious. I especially enjoyed the Chimayo ranch dressing on the salads and the very spicy salsa. Yum!

With each meal we had warm, friendly, attentive servers. Even on weekends, when every table was full, our food did not take long to arrive. On weekend nights, a pair of musicians (with trumpet & guitar) roving from table to table provided delightful entertainment---both in their skilled playing & their wonderful humor. We loved them!

Breakfast portions were also huge---whether omelettes, oatmeal, or fresh fruit. Overall, eating at Rancho de Chimayo Restaurante is like coming home to family. My mom enjoyed our experiences so much that she saw the owner ("Mrs J") after our last breakfast & thanked her. We cannot wait to go back. 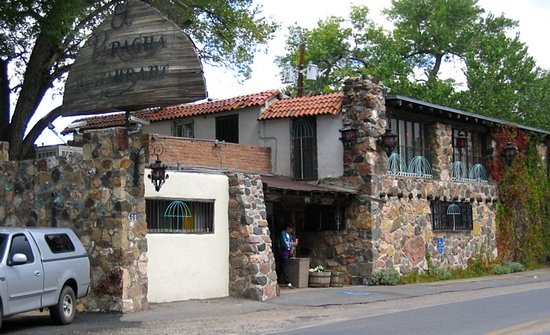 We stopped by Paragua based on the recommendation of a local merchant in Chimayo. Boy were we disappointed. Admittedly, we arrived a little later than the usual lunch hour, maybe 1:30 or so, but my chicken enchilada was served cold. Texture was not right and most important of all, it was tasteless. Sure, I appreciate the quick service and low price---but food quality matters. I wouldn't recommend eating here.

We stumbled upon this delightful little spot while checking out El Santuario of Chimayo. The breakfast burritos were made fresh and delicious, and very inexpensive. But, you MUST purchase the biscochitos...buy two dozen because you will gobble them up! 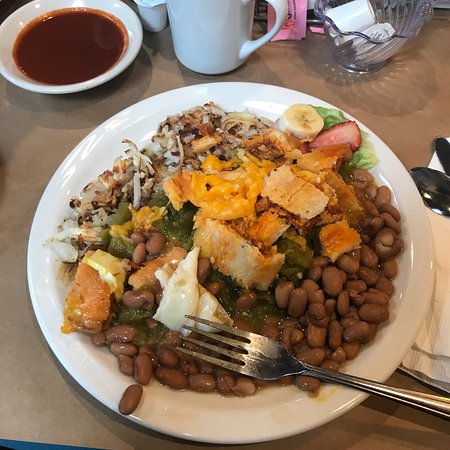 By far THE best New Mexican food in a 30 mile radius. We have lived in the area for over 25 years and if you want to eat REAL New Mexican food, this is the place. Real authentic food, large portion sizes, great service. They also have a good beer selection, including several NM craft beers from SF Brewery. 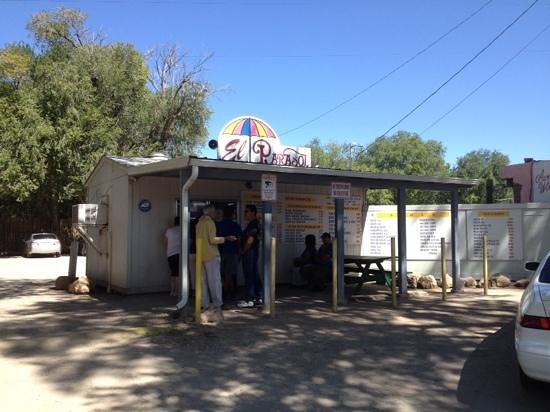