Most Popular Restaurants in Cazadero

Cazadero is an unincorporated community and census-designated place (CDP) in western Sonoma County, California, United States with a population of 420. Nearby towns include Jenner, Annapolis, Stewart's Point, Duncans Mills, Villa Grande, Rio Nido, Guerneville, Monte Rio, and The Sea Ranch. The downtown of Cazadero consists of two churches, a general store, a post office, a hardware store, an auto repair garage, private office space, and the Cazadero Volunteer Fire Department.
Things to do in Cazadero

The epicenter of Sonoma Coast dining...the River&apos;s End is located in the quaint village of Jenner by the Sea about 20 minutes north of Bodega Bay. The restaurant is set on a bluff overlooking the Russian River spill into the Pacific Ocean. During lunch you can watch the Osprey dive in the river for fish or the harbor seals frolic at riverside. Dinner time is all about the sunset - the show is worth the visit. Fortunately, the restaurant chefs and service staff aim to outdo the natural surroundings. The kitchen prepares California cuisine with a focus on local ingredients. Chef Martin Recoder prepares menus that are changing with the seasons and delight the heart. The service staff is led by Maitre d&apos;/Owner Bert Rangel, who has owned and managed the restaurant for over 10 years. The Chef in the Redwood Bar is talented Patrick Keane. Trained at the French Culinary Institute, Patrick utilizes the freshest ingredients and classic techniques to create truly "Artisanal Cocktails".

The view is spectacular overlooking the Russian River entrance to the ocean. Every table has an incredible view of ocean - sky - cliffs - wildlife. The food is a work of art and a delight to the senses - beautiful plating - fresh local...MoreHi there, Thank you so much for the fantastic review! We're thrilled you've enjoyed our view and your compliments on our cuisine are sincerely appreciated. Can't wait to see you back in again next time you're in the area. Take care! 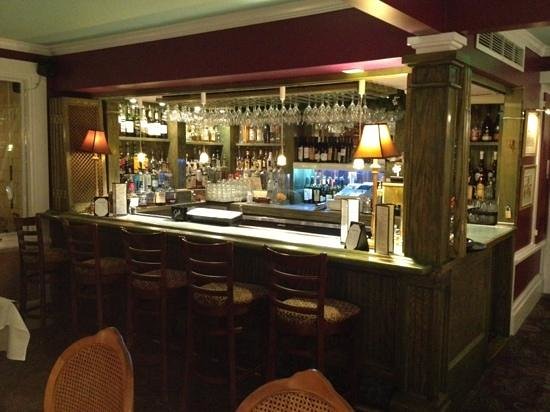 We loved this place. It was a quiet off season Sunday evening and we were lucky enough it be seated in the bar area which is cozy and unpretentious. The owner Judy is terrific and makes you feel as though you are visiting her home and not a guest at the restaurant. The food was delicious and the staff friendly and engaging. I would highly recommend on your visit to Monte Rio. 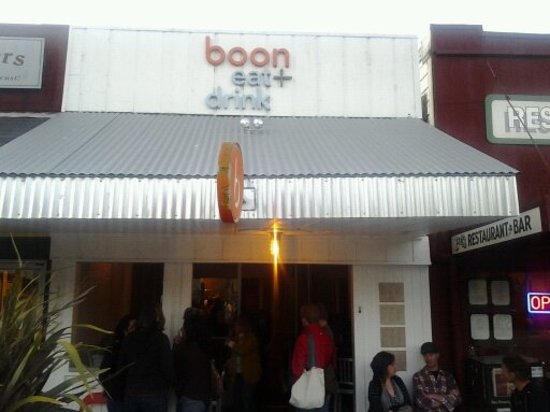 This was my second visit to the restaurant. The food is very well-prepared. The restaurant is small, maybe three tables and a counter outside and maybe 10 tables inside. We had the hamburger, mac and cheese (my favorite, with mushrooms), toasted baguette and a little gems salad. The truffle fries are excellent. If they don't come with your meal, I would order a side order - so worth it. Highly recommend. 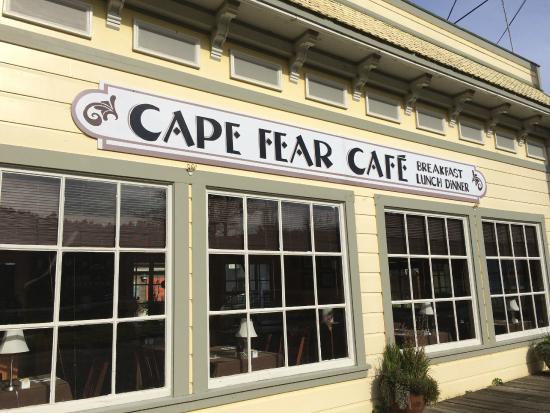 Had two meals here. Day one had steak and eggs which were very good. My friend had a veggie omelette which she said had very little flavor. Service was not very good. Second day we had the waffle special - which looked delicious when we saw it at another table the day before. The eggs were fine. The chicken/apple sausage interesting. The waffle was large but dry and not good at all. The best thing both days were their breakfast potatoes...delicious! I believe our nice server was Mark. The woman who served coffee was less than friendly. There is both indoor and patio dining. One unisex restroom which often has a line so good idea not to wait until the last minute. 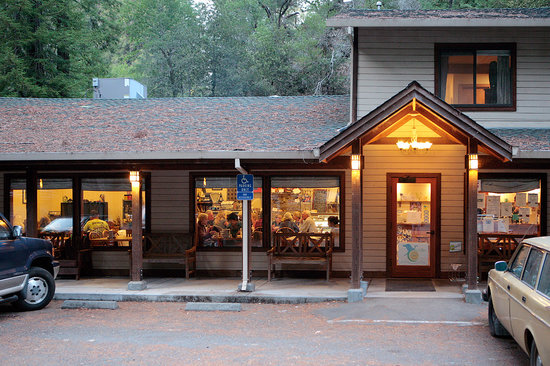 Welcome to Cazadero! We are a small family run bakery and B&B located at Elim Grove right on a gorgeous stretch of Austin Creek. Thousand year old redwoods tower above as you enjoy our freshly ground fair trade organic coffee with award winning pastries. Or join us for hand-tossed pizza with wine or draft beer. Or a sandwich made to order on our fresh-baked organic breads.In fair weather we have local musicians play on our stage under the redwoods for our Community Pizza, Beer and Wine Nights on Fridays. You can even spend the night in one of our B&B cottages.Our baking is our passion and we look forward to sharing it with you! - Mark, Family & Crew :-)

This may be a happening, hopping place on the weekends (especially in the summer) , but on the weekdays it's very much "CLOSED". Peeked in the window and it looks inviting inside. Outside it's falling apart with much needed maintenance. Even the "Raymonds" sign out front is mostly covered by redwood branches. 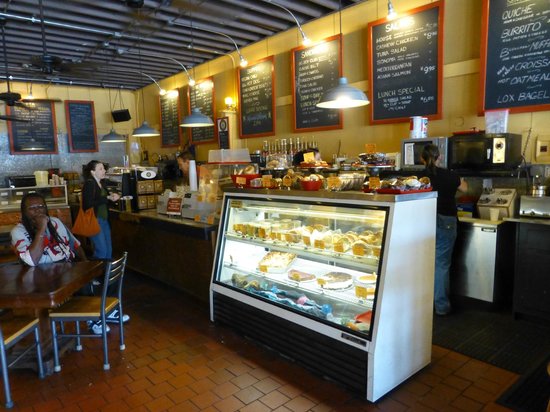 So, several years ago I was staying at the Applewood Inn in Guerneville and we happened into the Coffee Bazaar. The first thing you have to understand about me is that I DON'T DRINK COFFEE. But we wanted something to eat and the Mexican Mocha sounded intriguing. OH MY OH MY OH MY! After that morning, we went back every day for a Mexican Mocha. A mocha made with dark Mexican chocolate and a kick of pepper at the end! I had mine with foam instead of whipped cream, and it was just luscious!

SO . . . fast forward about 7 years, and here I am again! I brought 3 virgins with me, and they all LOVED the mocha as well! It did not disappoint!

The food there, was okay. I had a breakfast sandwich that had been pre-made and microwaved when I ordered it. My English muffin was soggy. But a couple in my group got fresh BLTs for breakfast, which looked amazing! Next time I'll know!

But there WILL be a next time! It's THAT good! 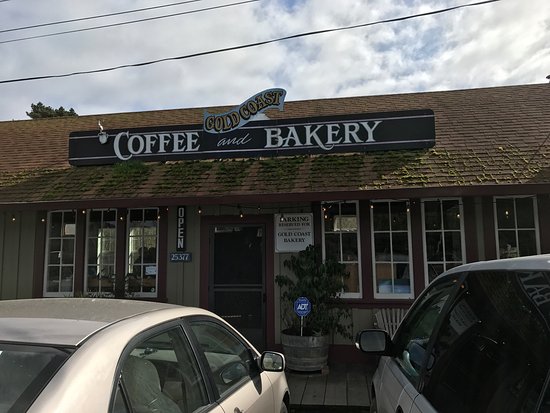 This bakery was recommended to us by friends.
Walking in the front door we were met by the great aromas of the pastries and coffee and smiles from the bakers and counter person.
What was even more impressive was watching them roll out the dough while we were picking out what we were going to have from the self service cabinet.
We would have liked to try everything but purchased the blueberry scones and coffee which were great.
We'll be back to try their other pastries as soon as possible. 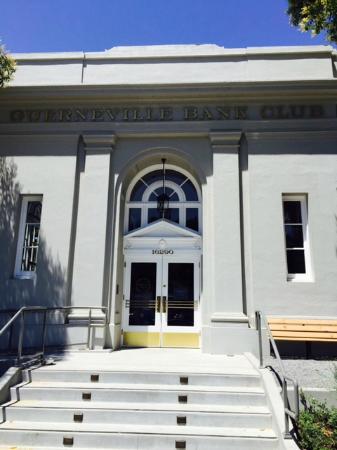 beautiful old bank redone simple and stylistically.. great ice cream, and milkshakes. unusual flavors, perfectly churned. i know they offer other small fare, but i popped in to try a milkshake on a hot day......so my attention was directed there. 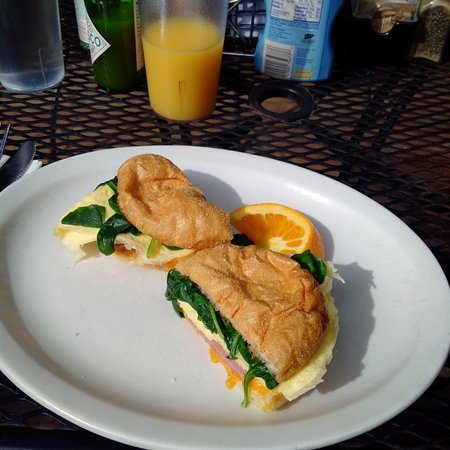 We had breakfast here after spending the night next-door at Autocamp. It was a great recommendation! The outdoor patio was nicely heated on a cool morning, with, sounds of children's playing next door, beautiful flowers and humming birds. Service was great, coffee satisfying, and eggs and pancakes hit the spot. 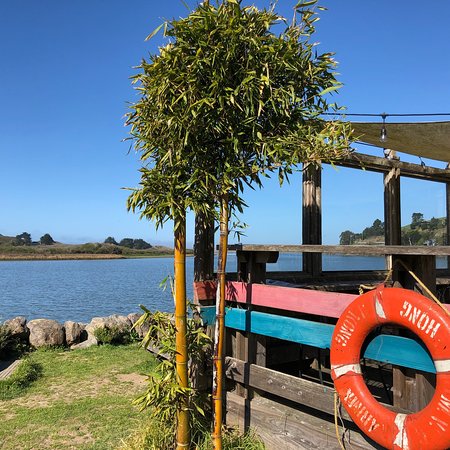 Great spot to stop and have coffee and a pastry while enjoying the view of the Russian River , you can have it on their deck or drive up Hwy 1 north for a couple miles and stop for a view of where the river empties into the Pacific , an amazing place with great coffee choices and hot chocolate for the non coffee lover