Top Things to do in Brooksville

Most Popular Restaurants in Brooksville

Brooksville is a city in and the county seat of Hernando County, Florida, United States. As of the 2010 census it had a population of 7,719, up from 7,264 at the 2000 census. It is part of the Tampa-St. Petersburg-Clearwater, Florida Metropolitan Statistical Area.
Things to do in Brooksville 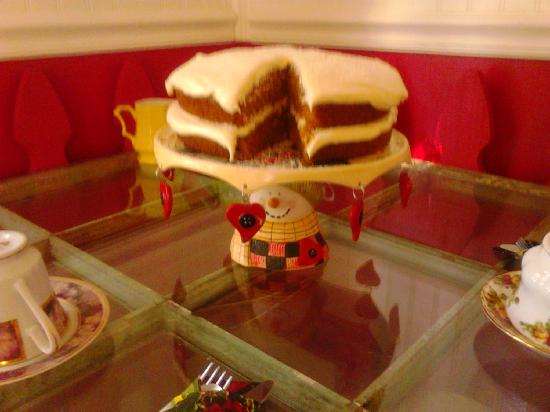 Welcome to The Tilted Teacup Tea Room & Boutique situated just 2 blocks from the May Stringer Historic Museum in downtown Brooksville. We are located in an old southern style house with a quaint front porch. If you listen closely you will feel as if you are going back in time as you hear the church bells ringing and the sound of the whistle as the train passes by. While spending time sipping tea with friends in an unhurried atmosphere. We offer fresh baked scones, homemade quiche, soups, and desserts. We also offer gluten free and vegetarian items. Please call so that we can accommodate your dietary need so that we may have it prepared. We promise to deliver a pleasant and inviting venue for your birthday, anniversary, bridal or baby shower. (Click on links for info) Allow us to serve you for your Special Occasion.

My daughter and I went for High Tea with a 12:30 pm. reservation. The first issue was that we were seated in a a corner, and I had no choice but to look into the corner. I was reminded of the line in "Dirty Dancing," where Johnny says, "Nobody puts Baby in the corner." We didn't say anything or asked to be moved. Perhaps we could have.

Our server was a young woman who was delightful in many ways but who admitted to being nervous, and she definitely was having a hard time. However, we talked with the owner afterward and expressed our concern that she simply needs more training as the mistakes she made were those of someone new in her job who needs some guidance.

The menu of teas was not as extensive as I thought it might be, but there were still plenty to choose from, and the ones we tried were good. We didn't know what to expect, and we weren't told when we sat down, so we just waited to see what we would be served and when. I had broccoli and cheese soup, and my daughter had butternut squash soup. Both were good. I had a blueberry scone which was just a bit dry and overcooked. My daughter had a raspberry scone and said it was good. The lemon curd and clotted cream were good.

Then we were told we would be served the high tea. What were those other dishes, we wondered. Anyway, a tiered tray arrived. On top were two servings each of a spinach and goat cheese quiche which were good, a bread cup with chicken salad that my daughter liked more than I did, but chicken salad is simply one of those things that I'm picky about, and in truth it was fine.

The sandwiches which were on the bottom layer were a disappointment. There was very little pimento cheese on each sandwich, and we took off one slice of bread and ate the other side open face. The cucumber sandwiches had some kind of spread that overpowered the cucumber. Plus only two slices of cucumber were on each sandwich. There was a sort of raisin bread (?) sandwich that was good, and I'm forgetting the fourth but remember that again there was too little filling for the bread. The sweets were all delicious with a raspberry parfait being the best.

I have several good friends in the UK and have asked them via Facebook if what we were served was typical high tea. They said the food sounded right although not all teas serve soup. However, all of them said high tea would never be offered at lunch. That was fine as I knew we were really going for lunch.

All in all we enjoyed our tea, but I don't think I will return. The building is interesting, and I do like the way the owners have decorated it, but in the end I was just a bit disappointed which is too bad as the food could have been so much better. 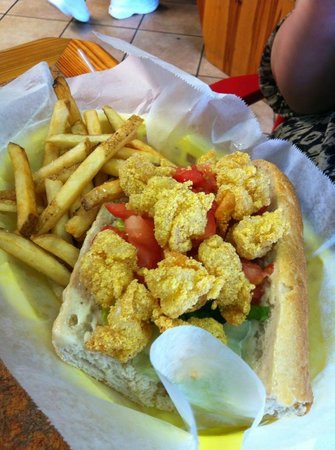 The Florida Cracker Kitchen is Family owned resturant by 2 brothers that were born and raised in the business. The Kitchen is a laid back atmosphere with southern hospitality and real food like your mom used to make. We bake our own Bread and Biscuits daily and everything is made with heart and soul. As the name says the Florida Cracker Kitchen brings back the old florida and the tastes that accompany it. We take shrimp and grits to another level with our homemade Tomato Gravy and saute fresh shrimp in and pour it over grit cakes and it will make your tongue slap your brains out! Hopefully we will see you soon!

I'm always looking for good corned beef hash, not the stuff dumped from a can. The menu says it's made fresh every day. I was thrilled to see big (1/2"-3/4") cubes of corned beef in the hash. The potatoes were like home fries - big pieces with crispiness that couldn't be beat. I like my hash with poached eggs. The Cracker Kitchen doesn't poach its eggs, but easy over was perfect. The whites were firm and the yolks runny, just how I like my eggs, to mix in with the hash. Breakfast hit the spot, I'm sure I will not find corned beef hash (even when it's homemade) as good as what I had here at another restaurant. Florida Cracker Kitchen, you have spoiled me!
My partner was eager to have the shrimp and grits again. He loved the dish. The grits are cooked and then put into a triangle shaped mold and deep fried. The shrimp had a spicy red sauce that the grits could be dipped in. He'll have that again the next time we are in the area. 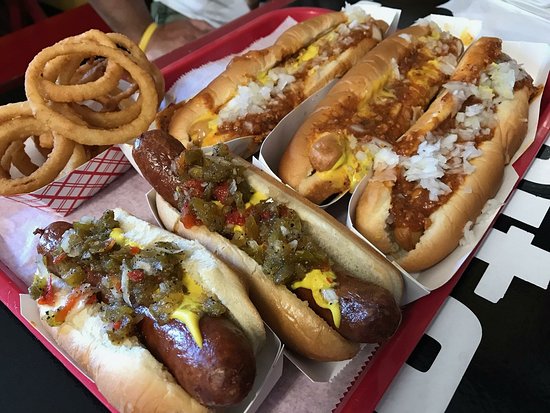 Nice staff, great service, good food, we had the gator dog, wings, onion rings, chili fries, and sweet tea. It was a good experience and plan on going back 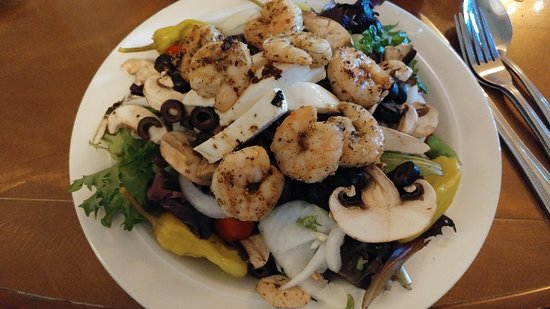 Papa Joe"s Italian Restaurant has been a family tradition for 30 years. Papa Joe has personally constructed a diverse menu to fit anyone and everybody&apos;s taste buds, and each dish is prepared to order &apos;justa for you&apos;. Whether you are looking for an aged tender steak, fresh seafood, or are in need of a carb fix, we got it! From the beginning, Papa Joe has prided himself in using the freshest and most whole ingredients available. In fact, many of the herbs we use are picked fresh from our herb garden and all of our dough is made on premises with a healthy blend of semolina and stone ground wheat. Cheers!

Greeted by a somewhat unfriendly hostess who did not smile or greet us when entering and did not acknowledge our leaving. My dish was the special of the day, pan sautéed scallops over linguini with a white sauce and mushrooms. Overall not bad but extremely salty. My spouse had a chicken dish and the chicken was a bit dry. The décor of the new building was very nice. I would not consider returning to this restaurant. 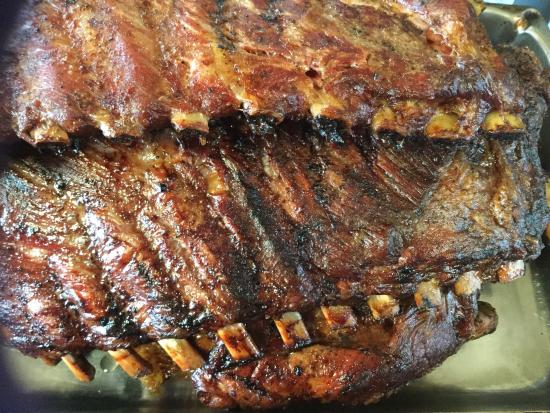 We are fast casual Restaurant. Family owned and run for 25 years. We cook everything to order and make as much as possible from scratch.

If there were more than 5 stars to give, I would give them 100!! Everything about here is great, from the rest of the patrons to the waitresses to the exceptionally great food!! Breakfast or lunch you can't go wrong! I know its a BBQ...MoreHi themillers1002, Thank you so much for the great review. We love to hear from happy customers. The fish has been a great sellers for 27 years there! Hope to see you in again soon. Tami 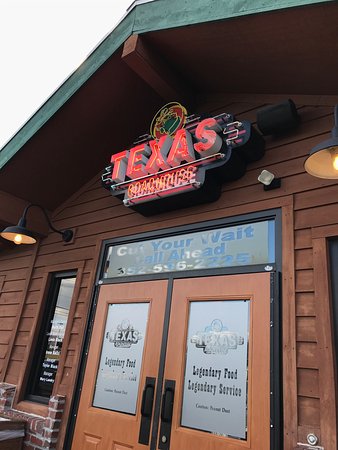 Good food at good prices, excellent service. Generous portions, attentive waitstaff. Very noisy, so not the place for a quiet evening or a get-to-know-you date. I was happy with the half chicken dinner (and took half of it with me when I left!) and my husband enjoyed his BBQ pork dinner. The rolls and honey butter are very tasty and more were offered as soon as we finished the first two. I'd give it two thumbs up! Next time I'll try the steak. 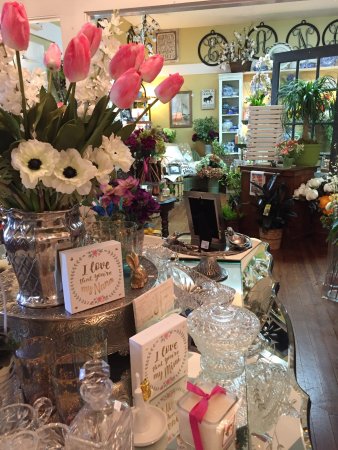 They&apos;re one of the best places in town to eat. Larie Hensley is the owner and her son Ethan Hensley is one of the chefs. Also look into adding Coney Island.

Charming location in an old "mansion" ,shared with a florist and cute gift shop. Perfect for soup and sandwich lunch. Made from scratch food delicious. Split a piece of hummingbird cake with my husband...best cake ever. Fun lunch..nearby shopping made for a great afternoon break. 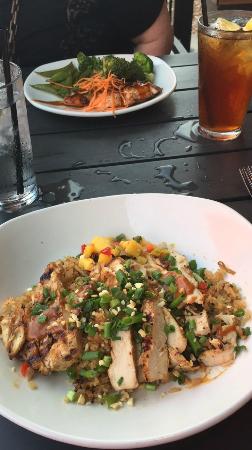 Most people write mainly about the food they eat, but I'm here to recognize our server Natalie N., who not only provided great service, she was super personable. Definitely a credit to this restaurant. Okay, about the food .. it was the best. Ordered the Ahi Tuna, cooked to perfection (rare, so maybe not so cooked), w/2 sides @ $18.90 .. delish. As an appetizer we had the "Bang Bang shrimp (Special on Wednesday @ $6), again, tasty. My friend had the Norway salmon w/Lily's sauce @ $25.70. Our entire group enjoyed their meals. Don't take my word, read the reviews. Hope this helps with your first visit. 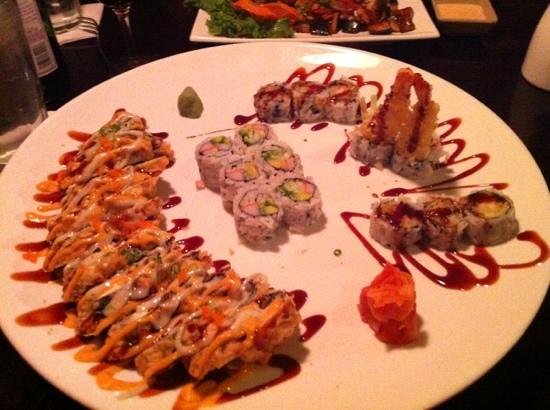 We love going here for sushi/sashimi. We love the baby octopus salad, the clear soup and the fish is always fresh enough for sashimi. The service has improved over the years, too. This is one of our local favorite restaurants. Our 3rd Cracker Barrel lunch on an exhausting cross-country U-Haul road trip. Had the daily special each time, this time chicken pot pie, and each time glad I did. If in doubt go for the daily specials. Otherwise my strong impression is that everything is good. And it helps that there are healthy options like the daily specials, soups and salads, as well as down-home favorites like biscuits and gravy, grits and fruit cobbler with ice cream.