Most Popular Restaurants in Bellevue

Bellevue (/ˈbɛlvjuː/ BEL-vew) is a city in the Eastside region of King County, Washington, United States, across Lake Washington from Seattle. As the third-largest city in the Seattle metropolitan area, Bellevue has variously been characterized as an edge city, a suburb, boomburb, or satellite city. The population was 141,400 in a 2016 census estimate.
Things to do in Bellevue I have had a chance to eat at a few of the Din Tai Fungs. They are very consistent and food is just amazing. It is reasonably priced for the quality. Suggest trying Garlic Green beans, Port wonton, shaved ice and fruits desert. 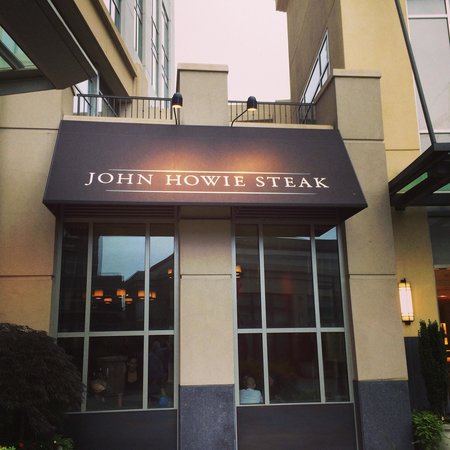 John Howie Steak - a downtown Bellevue favorite. Located in the Bravern near 405 (freeway) off of 8th Ave. A great happy hour with a near famous cheeseburger, bar and lounge open till 11pm or midnight. Fine dining in the dining room. Lunch is quite reasonable ($12-$15 entreees) and delicious. Premium steakhouse for lunch meetings, dates or of course any occasion for dinner. Private dining rooms available as well. Catering available. A fine dining restaurant with more casual options for lunch, happy hour, the bar and lounge.

There is no question that this is a quality restaurant in some aspects. Food and service outstanding, no detail overlooked. We were there on a non-holiday evening, and the place was packed---bar and restaurant. Our servers were quite attentive and friendly. Our rating is four...MoreI am very pleased to tell you the service charge has been removed! You can read more about it here http://chefjohnhowie.com/2018/03/26/changed-mind-removed-john-howie-steak-surcharge/ Thank you for your comments and taking the time to help us improve! 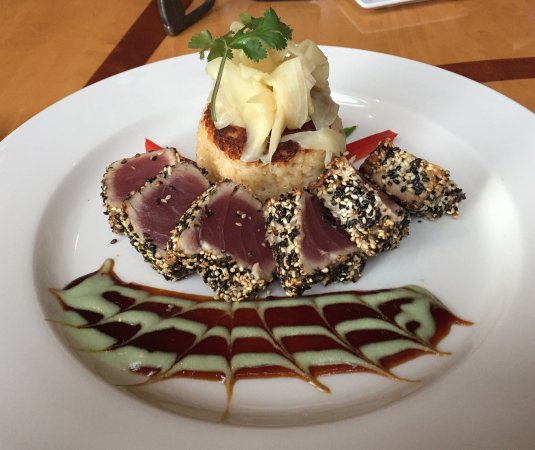 Seastar Restaurant & Raw Bar in downtown Bellevue, WA is brought to you by renowned chef John Howie, providing guests with freshly prepared seafood, as well as steak, poultry, pastas and a raw bar serving sushi and rolls. Enjoy the comfort of the luxurious Seastar dining room or the upbeat Raw Bar for drinks, cocktails or happy hour. Private dining and catering is available.

Excellent business meal. Nice light menu with variety, expansive wine selection and outstanding service.We are so pleased you enjoyed your dinner with us. Thank you for taking the time to post your positive review. We look forward to serving you again. 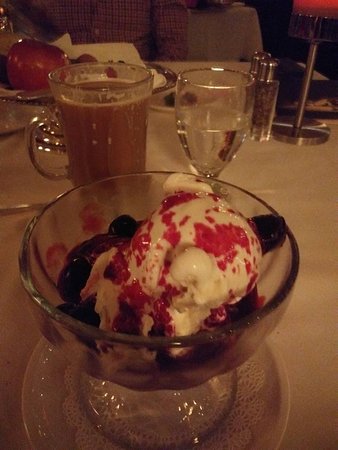 We had a group of about 20 for dinner. Our arranged dinner was apparently booked at the El Gaucho Seattle and we showed up at Bellevue location - oops! The staff quickly set up one of their private rooms for us and we encountered very little hassle. The name led us to believe it was a regional cuisine type however it’s really a steak house. The food was tasty, plenty of good veggies and the bourbon chocolate dessert was raved about. 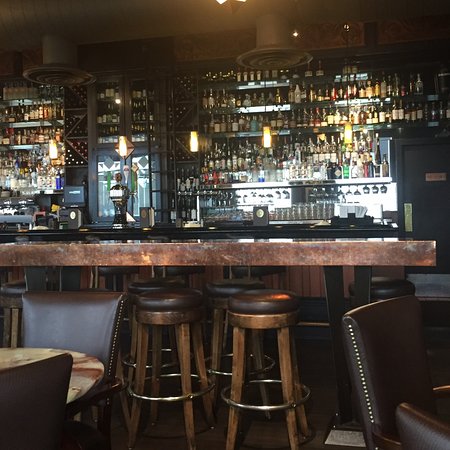 Daniels&apos; Broiler in Bellevue is located on the 21st floor of the Bank of America Building. Spectacular views of the Cascade Mountains and Lake Washington are available from every table. Daniel&apos;s Broiler is the only major Seattle steakhouse serving USDA Prime Beef exclusively.

red & white wine also ok
so nothing to complain about, , neittier to add 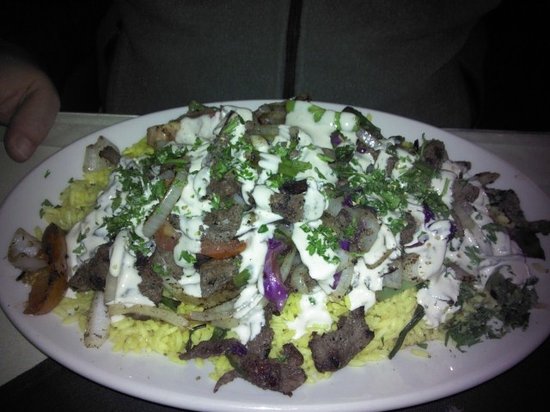 We loved this place! Very cute and cozy, with plenty of choices for vegetarians. We got the mezze platter, the falafel salad, and the fool moudamas. Everything was delicious, and the wine was also great (especially for the price)! Not to mention, the service was outstanding. Our server made us feel like family. I highly, highly recommend! 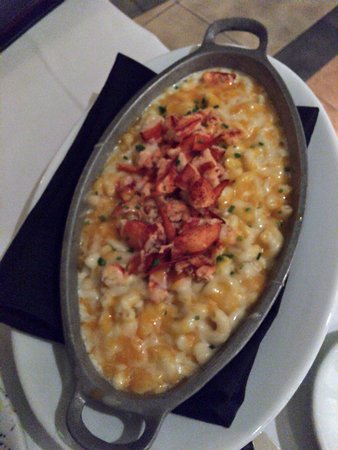 You certainly get your protein fix eating at this restaurant. The atmosphere is lovely, warm and welcoming. The food was fantastic as was the wine. The steaks are large but they do have smaller options that are equally tender. The desserts are amazing also so can’t fault this place and would recommend it as a nice night out. 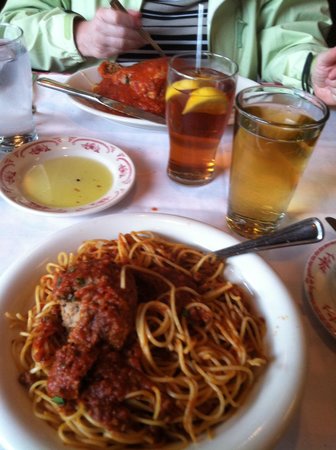 Great service! When they found out it was our first visit, the chef brought out a complimentary appetizer. Our server was very efficient and personable. On the main menu, the "chef's special" (on the bottom right) means you get a second "take home" entree free. My wife and I went for lunch Saturday, and Maggiano's was all we ate all weekend!

The atmosphere reminds me of classic European restaurants; open spaces, yet private enough for an intimate meal (we were celebrating a three generation occasion).

Basement parking on weekends is free, and elevators take you from the north garage right to the restaurant entrance. 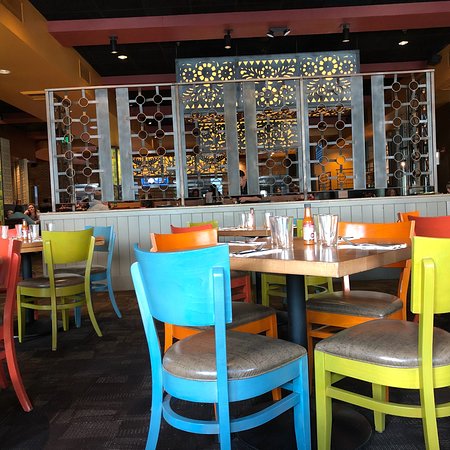 Cactus is a favorite of my family for more sophisticated Mexican food, but the Bellevue location disappointed. Slow bar service, favorite dishes not up to par, and the general atmosphere were a let down. It was the week before Christmas and before Snowflake lane, but I will go elsewhere in Bellevue Square and stick to Kirkland for Cactus. 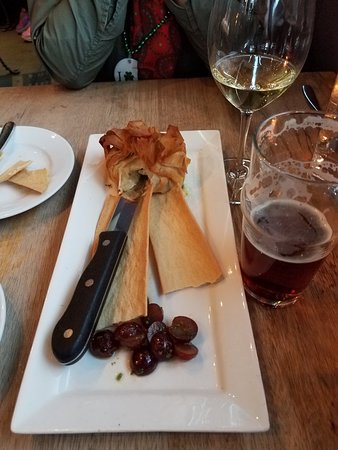 We stopped in for dinner and were not disappointed. We ordered the Brie cheese appetizer with grapes and crackers. Their presentation was amazing and how the grapes complimented the cheese. For dinner we had steak and a lamb dish, both were exceptional. The steak was cooked perfectly and the lamp was so tender and delicious. Our server was great and friendly. This location has a lot more elbow and breathing room than the Woodinville location.