Top Things to do in Arabi

Most Popular Restaurants in Arabi

Arabi is a census-designated place (CDP) in St. Bernard Parish, Louisiana, United States. It lies on the eastern bank of the Mississippi River, between the Lower 9th Ward of New Orleans and Chalmette within the Greater New Orleans metropolitan area. The population was 8,093 at the 2000 census.
Things to do in Arabi Experience the cuisine that has created raving fans of local diners and national and local food critics alike. Chef Tenney Flynn (two time winner of "Chef of the Year" in New Orleans Magazine) ensures the highest quality seafood by flying in products from around the globe and featuring only the best from local waters - both at their seasonal peak. This commitment to freshness and variety are two of the many reasons GW Fins prints its menu daily and has received numerous glowing reviews in The Times-Picayune (4 beans), Food & Wine, Southern Living and Esquire magazines. We look forward to serving you soon so we may learn what you think.

Been a few years since I visited New Orleans, but GW Fins was on my todo list and I am sure glad it was. The food was fantastic, the service exemplary, and the evening was a great success. This is a DO NOT MISS establishment for "foodies!" 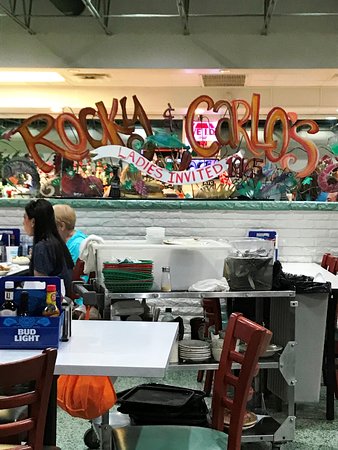 Had dinner there last nite. Macaroni and cheese - great. Excellent veal cutlets, better than some fine dining Italian restaurants I've been to. Wife's hamburger steak was excellent. All sides were excellent. Good service and clean establishment. Can't wait to go back. 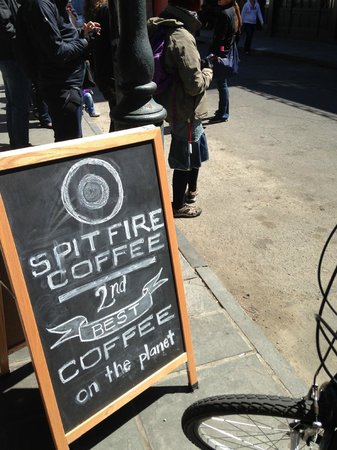 This is an outstanding coffee stop. Carefully crafted brewing using first class blends makes for a great coffee. Very small place set up exclusively for grab and go service. Give it a try if you’re in the area. 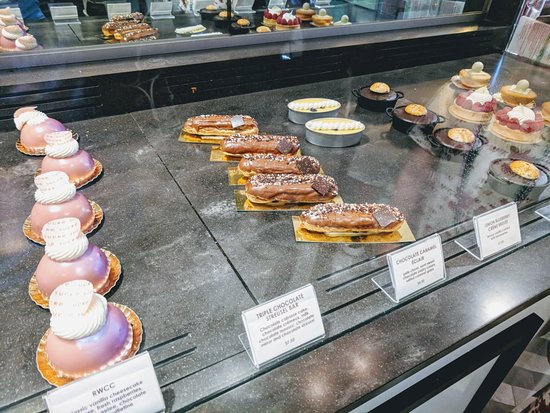 Sucré is an artisan dessert and confection experience established in 2007 as part of the Renaissance of post Katrina New Orleans. Steeped in the heritage of a rich culinary culture of New Orleans, Sucré&apos;s modern approach to gelato, desserts, chocolates, macarons and confections has fast made them a cherished destination for all locals and travelers with the objective to simply make everyone&apos;s day a little sweeter!

Wow. We had the best sundae ever at Sucre. Great gelato selections. Also an amazing selection of macarons. This is like Laduree or Fauchon opening a dessert boutique in New Orleans. Extremely Parisian vibe. Bright, clean, uplifting decor. Wonderful stop for dessert or snacks. Worth ditching the diet for. Big smiles all around our group at Sucre. 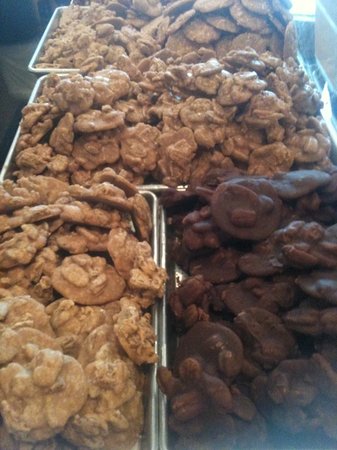 Southern Candymakers is a family-owned candy store in New Orleans&apos; charming French Quarter. According to Bon Appetit Magazine, we have the best pralines...fresh and handmade daily!

As the name implies, this is a candy place, though they do have ice cream. We tried several pralines (sweet potato, rum, coconut, and original) and they were all very good. A milk chocolate covered cherry was also very good. Definitely recommend this place, but it is just short of greatness (AKA 5 stars). 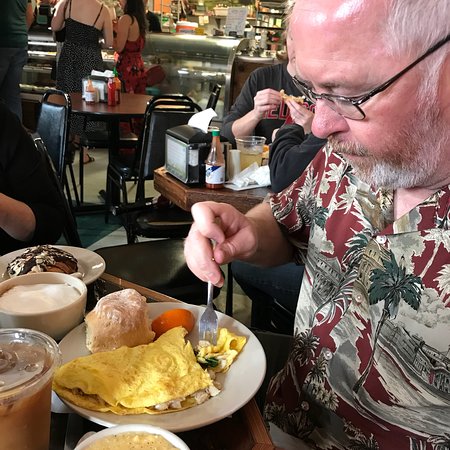 I was super excited to visit Cake Cafe after trying The Ruby Slipper and Surrey’s Juice Bar on previous trips. The food was good, but NOTHING compared to the food at Surrey’s. It was just ok - nothing special. The boudin was good, but the grits and eggs were no better than anywhere else. The “biscuit” was just super dry and crumbly. I will stick with Surrey’s! 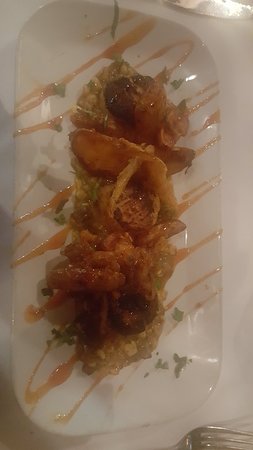 We picked Rebirth based off the Tripadvisor reviews. Our meal exceeded our expectations. We started with an Old Fashioned, so full of flavor. Then appetizers, the fried oysters and fresh pasta...perfectly delicious. We also tried the southern Clam Chowder-full of seafood. Dinner was Blackened Scallops...perfect! And dessert we tried the Creme Brûlée, creamy and rich. And the white chocolate bread pudding is perfect. 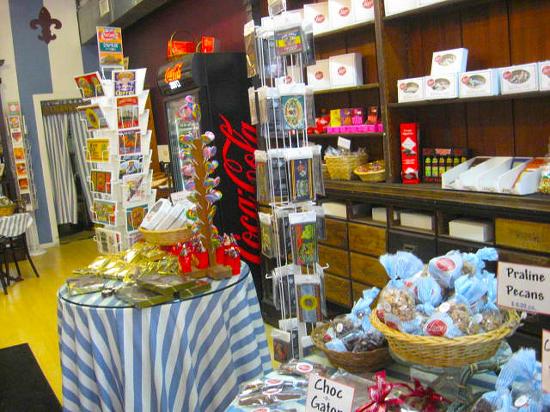 After taste testing pralines at over six shops, Laura's definitely had the best. Not too sugary, perfect consistency, delicate flavor notes...cannot stop eating the dozen we purchased. The coconut and rum flavored pralines are to die for. 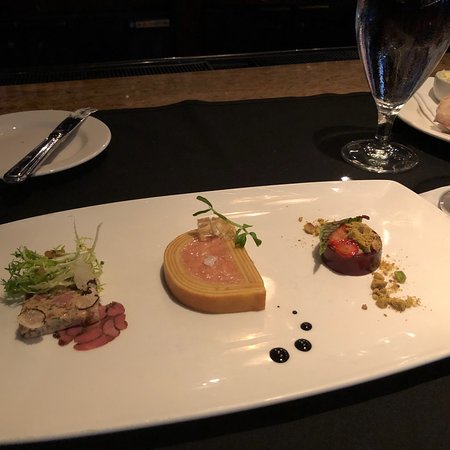 The cuisine at August is contemporary French with a focus on local ingredients, inspired by Chef John Besh&apos;s classical training here and in Europe, and by the depth of his own Southern Louisiana roots. August is located in an historic 19th century French-Creole building in New Orleans&apos; Central Business District. August was a semifinalist for the 2012 and 2013 James Beard Awards Outstanding Restaurant, and has been selected by Gayot as a top 40 Restaurant in the United States. The Times Picayune has named it as one of their top 10 Restaurants the last two years in a row.

We excitedly braved Mardi Gras crowds and torrential rains to visit Restaurant August. The food was very nice and the service was very nice but if I'm spending this type of money, I don't want to be rushed out the door. Start to finish, including an appetizer ~ 1 hour 5 minutes. I will not go back. 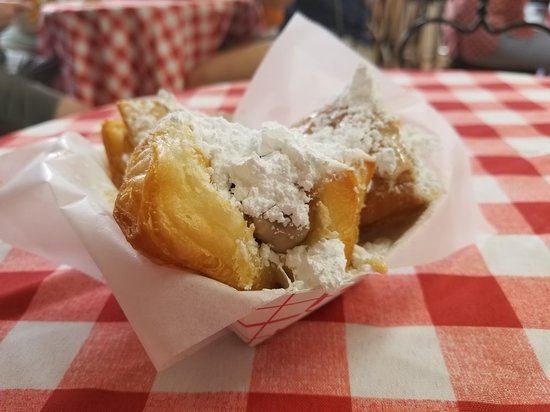 While this is one of the many praline stands throughout the French Quarter, it is the only one I decided to stop at. Taking a pass on the classic candy, I opted instead for an oatmeal raisin cookie, which I found to be fresh and very good.