We boast a varied and extensive menu with a superb daily carvery right at the heart what we do. The carvery is freshly prepared and offers a choice of three succulent meats carved by our friendly chefs, temptingly displayed alongside a wide range of seaso

Absaloutley discusting placeI will never be back and advising anyone not to go Me and My friend arrived and ordered two sirloin steaks we asked for one. Medium and one we'll done When waiter arrived with the steaks he didn't say one word about which steak was who's and just sat them down next to us I thought this was terrible customer service Then by looking at our steak it was vile I was very shocked that the chef would actually send this discusting plate out of the kitchen Even the chips were rotten and looked as if they had been reheated I will never be back to this dumpAlot more training should be provided to the staff in this place. My husband and I popped in today (1st May) for lunch. I opted for macaroni cheese that came with salad and chips. My husband ordered a baked potato with chilli and salad. Both were generous portions. Served piping hot. My macaroni cheese was totally delicious, creamy cheesy sauce with crispy grilled cheese on top.Looking forward to coming back and trying something else from the menu. Thank you.

My husband and I visited Largs in Ayrshire in Scotland for a day out and we had a good time.There is a prom which we walked along and the scenery to the other islands was breathtaking.We visited The George on Main Street Largs for our lunch and we were pleasantly surprised by the warm welcome we received from the bar staff,also the lunch was superb and plentiful. Even the local who was sitting at the bar was very friendly and pleasant to us . I would highly recommend this establishment,for their food and friendly staff. All in all a very pleasant day out . Reviewed By The D

Food is great Mum booked a table for mother's day so we went along with her friend, we all enjoyed our meals later I had the rolo cheese cake so did my mum we both enjoyed it, great value for money I would go back.

Where to eat Balti food in West Kilbride: The Best Restaurants and Bars 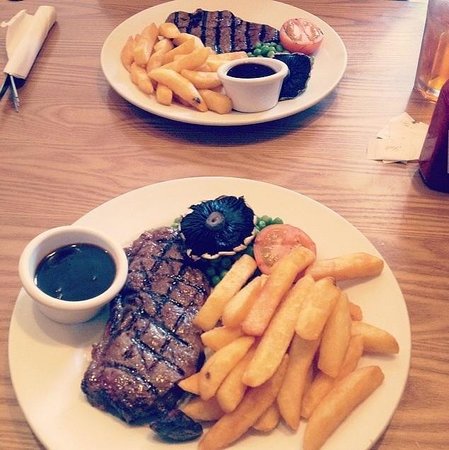 Celebrating 20 years at saltcoats soon, you would think Wetherspoon's would refurbish this rather dated establishment by now, the staff are helpful and pleasant, the prices are reasonable, food average, it also has an outdoor area for the better weather, but is quite poor in comparison to other Wetherspoon's 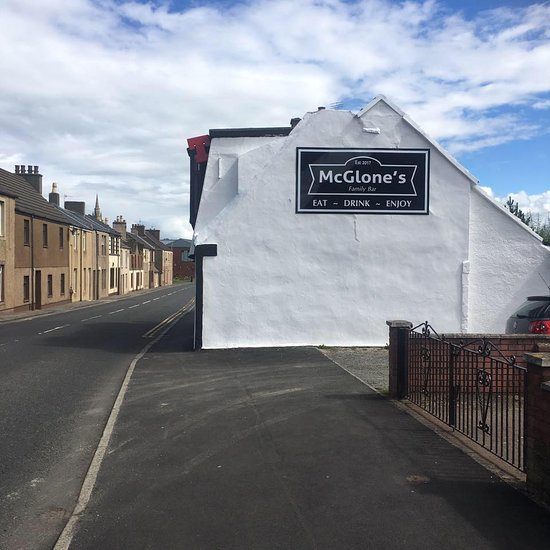 A quaint, cosy, family run pub/restaurant located in Stevenston, Ayrshire, Scotland. (previously knows as the Grant Arms) McGlone's offers a friendly, warm welcome to everyone who passes through it's doors! We serve food 7 days a week, Monday-Thursday 12-

We have eaten at McGlones before and as always the food was great, freshly cooked very tasty and well presented. Puddings were amazing too. Staff couldn't do enough & were happy to make a small change on the menu for our son. Overall a great meal and great value we will certainly be going back. We parked at the back so very convenient. Went to the Windy Ha today for lunch it was lovely would defo recommend it! Staff were lovely - friendly and very accommodating! Very welcoming on arrival, prices very reasonable and food well worth the money! Will definitely be back! 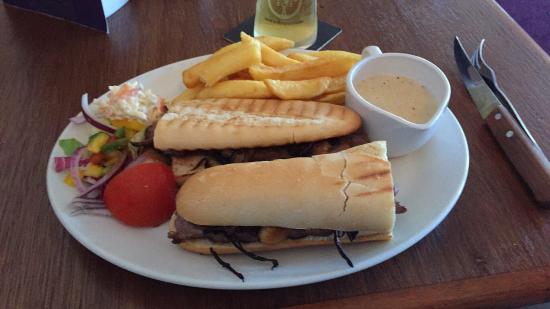 Roast beef special is unbeatable for quality and value.The place was very busy but service was quick and efficient. Staff were attentive and very friendly.Hard to beat. The Village Inn is the ideal place to bring your family and friends for a truly memorable dining experience. Situated in the small village of Fairlie on the North Ayrshire coast approximately 3 miles south of the seaside town of Largs, the Village Inn fam

This is the second time we have eaten in the village in and already feel like regulars.the staff and owners are friendly welcoming funny and absolute professionals. There establishment has a tremendous atmosphere and is set in a great location .I am not going to quote the menu as it and the wines change regularly, but I can assure you it will not disappoint .An amazing selection to suit a variety of tastes each one a taste explosion and exceptionally well presented meal .All and all the Village inn is punching well above its weight

Popped into Pop Inn for lunch and was not disappointed. The food is amazing and the menu is varied. Husband and I had daily special which started with cream of chicken soup which was amazing followed by loaded potato skins with chilli. Would definitely recommend and the staff are also very good.