Find out what Mediterranean restaurants to try in Milton including Hood & Grill, Shawarma Town, Koozina Mediterranean Cuisine, Paramount Fine Foods
Things to do in Milton 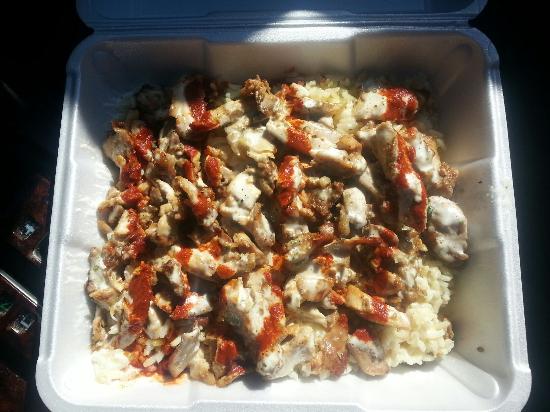 The food here is delicious and the owner is warm-hearted and welcoming. The portions are generous so our four kids split two plates. They gobbled up the chicken souvlaki, fought over the fries and proclaimed the rice to be the best they've ever had. (Maybe I should rethink the splitting the dishes thing.) The steak was scrumptious, tender and perfectly seasoned. I am a fan of steak sauce and I absolutely did not need it for this steak. My husband really enjoyed the mixed grill plate. We have been here a couple of times and look forward to returning. 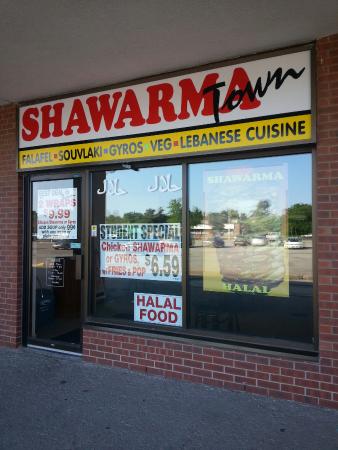 Its a local mom and pop shop. No frills, but very good food. Very friendly and gracious service.... and they serve snapple... not many places carry it anymore. Food is very good and prices are great. Fast service, you're in and out in 5 mins.

From start to finish was so amazing.I ordered Fish on a Kaiser and my husband ordered the lamb kebob dinner with rice & greek salad & potatoes. Everything was so fresh and delicious! The fish was not oily, didnt have too much batter and tasted so flaky & fresh.Good with their crunchy shredded lettuce,tomato & special pickle mayo relish.The kaiser bun that it came on was super soft and fresh and also delicious. I was very happy with my choice. My husbands lamb meal was to die for.. I tried a piece and it was so juicy and melted in my mouth.There was no heavy taste or odor of lamb and it was marinated to perfection. The potatoes and rice and salad were also included and there was so much not even he could finish it all. My husband is a very picky eater and he was so happy with his meal he said he would go back so i was glad we chose this restaurant. The waiter was so sweet to us and the owner was friendly and made us feel very welcome like we were at his home eating! We could watch him cooking our meals and he really puts love into all he cooks.Price was very good. Recommended to all 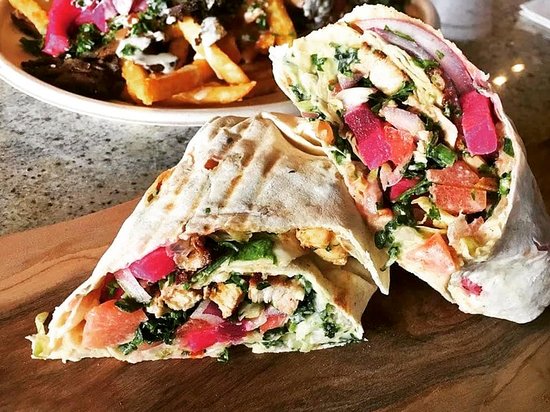 Embracing the fresh and healthy flavours of the Middle East, Paramount Fine Foods shares the most authentic and exotic recipes which have been passed down for generations. Serving baked pita straight from wood burning ovens, charcoal BBQ Halal meats, chic

Decided to pop into Paramount after catching a movie next door at the cineplex on holiday Monday of Family Day Weekend. Since moving to Milton almost a decade ago, there has been a number of different restaurants housed in this particular stand alone building and changeover is relatively frequent, with most restaurants not lasting more than three years. This was our first time inside since ownership changed and it had become a Paramount. Prior to this, it was an All-You-Can-Eat Sushi joint. On their website they boast, âParamount Fine Foods provides guests a culinary experience that will not be forgotten.â Well guess what? After todayâs meal, I wish my culinary experience COULD be forgotten and I could get the hour back I spent there as well as the $85 it cost me for my familyâs meal.The alarm bells should have started ringing for us as soon as we entered. For 6pm on a holiday Monday, the place was absolutely deserted. There were a handful of people in the dining area, none of which were Middle Eastern. Usually, my measuring stick of how authentic a place is, is based on the number of patrons in the restaurant who share the same ethnicity of the cuisine being served. If I go to a Chinese restaurant, I want to see a lot of Chinese people eating there, that way I know what Iâm eating is the real deal. Thus, if Iâm eating at a Middle Eastern restaurant that specializes in Lebanese cuisine, I want to see customers whose name might be Omar or Nassim or Zaineb and speaking Arabic while they enjoy their meal. Sadly the was not the case with Paramount. In spite of the somewhat upscale furniture and decor, Paramount is to Middle Eastern Food what Taco Bell is to Mexican food. While they are not quite âfast foodâ, they are definitely in the same ball park as a Swiss chalet - sit down dining with table service. While the food wasnât terrible, it certainly was not better than what you would get at Osmowâs or Lazeez or Taza or Shawarma Town or Pita Nutso or any other fast food Pita joint in town - although at any of those places you would also only pay a fraction of the price of what we shelled out for a very marginal meal at Paramount. I guess the high cost is probably for the ambience and decor and childrenâs playground (reminiscent of a McDonaldâs playland) that you are not going to find at any of those other places. Upon being seated, we were given menuâs that were sticky and greasy and had the appearance that they were perhaps used as placemats for someone elseâs meal. While the choices were numerous we had to ask if they had a kids menu. Our drink order was taken and we were given some time to figure out what we wanted before our server returned to take our food order. We were not brought any complimentary homemade pita bread even though this is one of mainstays featured front and centre of the first page of their menu. Not sure if they ran out but other tables seemed to have some brought to them. We also had to ask for straws as well as napkins for our table because apparently those are not standard items unless specifically requested by the customer? Not a big deal but it is a little annoying that we had to ask for those things. Over the course of our meal, we had three different servers wait on us in Spite of the fact that the restaurant was near empty. All were nice enough but were neglectful of even the most basic of server standards. At one point, the owner/manager came by to inquire how we were doing, but Iâm not entirely convinced he did so because he genuinely wanted to know or was merely going through the motions laid out in the franchise corporate handbook. We settled on a pepperoni pizza ($7.99) and âYalla Friesâ (fries with chicken shawarma on top) -$8.99) for the kids and an order of Shish Tawook on rice ($16.99) and the beef sirloin skewers platter with an upgraded fattoush salad ($18.99+$2.00). The pizza was awful - basically a pita shell with some tomato sauce, some pepperonis and a little but of shredded cheese. The fries and shawarma were good and the portions were pretty good. The shish tawook was good but a little bit on the smaller side given the price. The sirloin skewers were the biggest disappointment - the meat was overdone, dry and tiny in portions. The upgraded fattoush salad was a disgrace and looked to be made from the excess toppings you would put in a wrap. Lettuce was browning and wilted with no pickled radish or pomegranate seeds and a burnt piece of pita that looked to have been fished out of the bottom of the deep fryer. Overall, a very underwhelming meal, and one where we left feeling almost as hungry as we did when we first came in. There were no leftovers or doggy bags to be had by our party. If I spent $85 at Osmowâs or Lazeez, it would be enough to feed an army and would have definitely been more tasty. Very disappointing to say the least and we wonât be coming back anytime soon.