Top Things to do in Hermoupolis

Reviews on Healthy food in Hermoupolis, South Aegean, Greece. Ermoupoli (Greek: Ερμούπολη), also known by the formal older name Ermoupolis or Hermoupolis (Greek: Ἑρμούπολις < Ἑρμοῦ πόλις "Town of Hermes"), is a town and former municipality on the island of Syros, in the Cyclades, Greece. Since the 2011 local government reform, it is part of the municipality Syros-Ermoupoli, of which it is the seat and a municipal unit. It is also the capital of the South Aegean region. The municipal unit has an area of 11.181 km.
Things to do in Hermoupolis 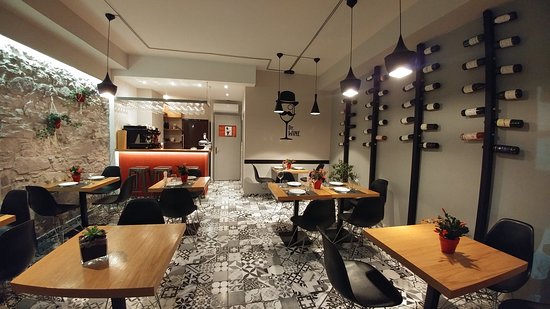 Dr Wine is located at the port of Syros island. This wine & kitchen bar includes a private selection of Greek and world wide wines added by a mediterranean influenced menu.

The most exquisite wine restaurant in the city. I had the most joyful time while dining there. The wine collection is so astonishing and carefully selected. All the ingredients were fresh. The salad was very balanced like all the dishes I tasted of course. Would definitely recommend without a doubt. 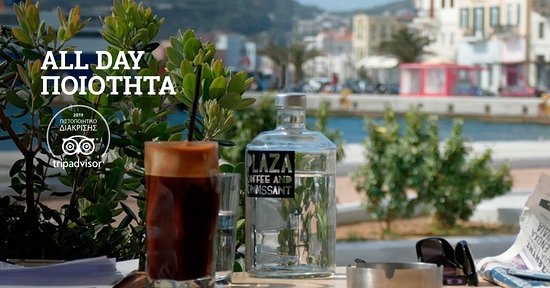 Modern yet comfy restaurant on the harbour front. Despite being busy service was very quick and the layout and the lighting/ mood made you feel like you had your own space. They bought over free water with a cute ice bucket with our menus. The menu is VER

My first visit coincided with a thunderstorm and once it had bated there was initially some confusion of who still needed serving. However, after a while I did get someone's attention and manage to order a traditional salad and a chocolate milkshake - the latter was amazing. You also get free water / ice with every purchase. On the return visit, it was a much warmer day so I started with a frappe (the free water and ice) and also received 2 x bite-sized custard pastries. About an hour or so later, I ordered the chicken curry wrap and you guessed it a chocolate milkshake. For the price I was totally impressed. While i'm still undecided of whether to return to stay on Syros in the future, I would seriously come back to this place again!Î¤hank you very much! We hope to see you again :)

Came here a few times 3 years ago so return visit 2 nights ago. Owner Georgios remembered us. Good food and nice, attentive service and prices reasonable. Had zucchini balls & meat balls starters with burger main & steak main (which could have been even better with a sauce if it had been available?) plus drinks for approx â¬40. Hope to return during our stay! 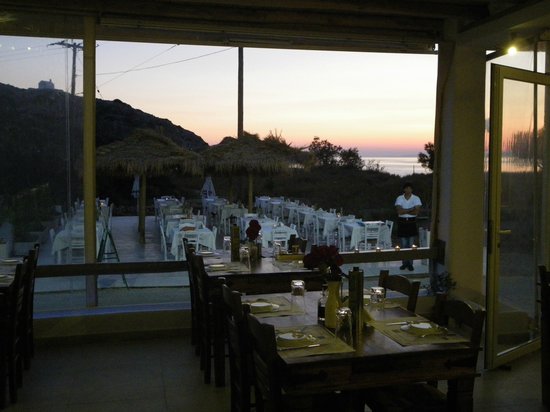 We had a disappointing meal here. It was very promising to start with, nice bread, good service. The food sounded interesting. The disappoitnment was that the fennel tart turned out to be an blind baked empty pastry case with fresh herbs chopped up in it. Just plain and dry and with nothing else served with it. I'm afraid to say we had to go and get a crepe elsewhere as we were still hungry.