Find out what European restaurants to try in Nuremberg. With half a million people, Nuremberg is Bavaria's second largest city. While its history dates to the 11th century, Nuremberg is most often linked to the 20th century (specifically World War II). It first served as the site of many pre-war Nazi rallies, then was nearly leveled by Allied bombing, then was the site of the famous post-war Nuremberg Trials. The city has much to offer today's visitors, including the rebuilt Nuremberg Castle and the world-famous gingerbread at Hauptmarkt. Hansel and Gretel would have loved this place.
Things to do in Nuremberg 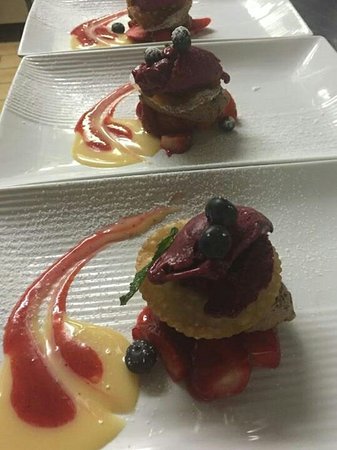 Second time at Quo Vadis. Antipasti was super delicious. My pasta (with salmon and cream souce) was good. My colleagues had pizza and were a bit disappointed. Try toopt for pasta when you visit. You won't be disappointed. 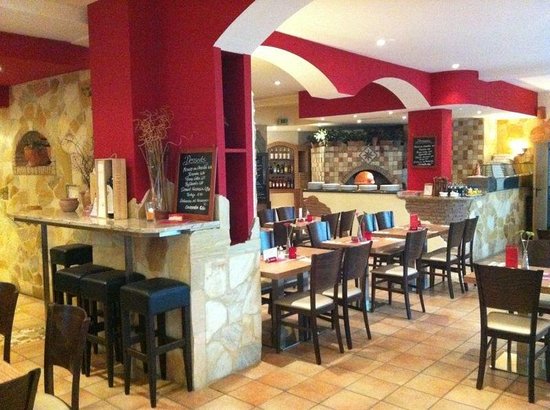 We were looking for a nearby restaurant and our hotel's reception said the Italian restaurant across the street was supposed to be good. I looked up Osteria del Centro on TripAdvisor and it was rated #22 of 900-odd restaurants, so we went over -- without reservations. We were seated at a little table near the bar which we liked very much. We had tagliatella with beef slivers and cherry tomatoes which turned out to be beef chunks and a tomato sauce, but it was good, plus a half liter of Chianti. A good German meal? No, but very good.We saw a waiter at a nearby table doing something with a large round container on a cart and asked what he was doing. It was pasta with truffles put into a hollowed-out parmesan cheese wheel -- sounded good! So returned the next night and ate at the same table. We had bresaola with arugula and parmesan, followed by an enormous portion of pasta with a truffle cream sauce and shaved truffles, made in the parmesan wheel which was scraped down into the pasta. It was just wonderful! Don't miss this real treat! 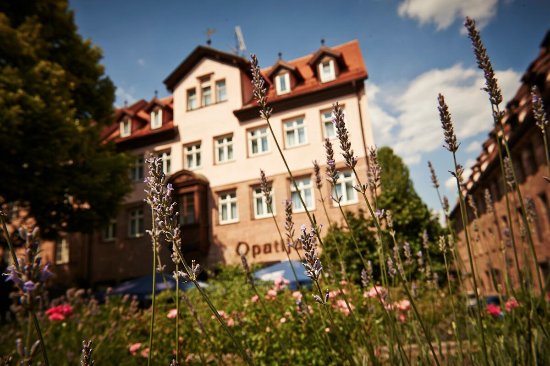 Gorgeous authentic Italian food in a beautiful outdoor garden area (non-smoking). The biggest challenge is what to choose because there are so many wonderful looking dishes. The waiter was very helpful and accommodating. A delightful dinner and evening. A real local favourite with few tourists! Highly recommend. 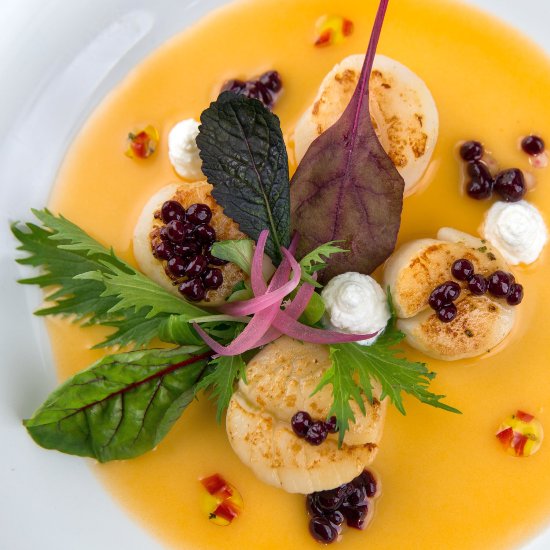 Important note: From the 08th until the 16th of June 2017, we have closed because of structural alteration works!

The restaurant is located in the old town in NÃ¼rnberg. Relatively easy to find but very busy. If you want a table, book in advance. The food is medioker. Carpaccio should be mostly meet, not mostly parmegan cheese. Italian pizzas overloaded with toppings get saggy. This was also the case this time around. Normally one get nice bread at Italian restaurants. We received some bread that was fresh, other pieces old and dry. Not very good and certainly not what should be expected. The service is OK but nothing more. Overrated and not all that great. Go somewhere else is my suggestion. Lieber Gast,schade, dass wir sie nicht zufrieden stellen konnten!Wir hoffen trotzdem auf ein Wiedersehen,Ihr Padelle dÂ´Italia Team.Dear Guest,too bad we could not satisfy you!Nevertheless, we hope for a reunion,Your Padelle d'Italia team. 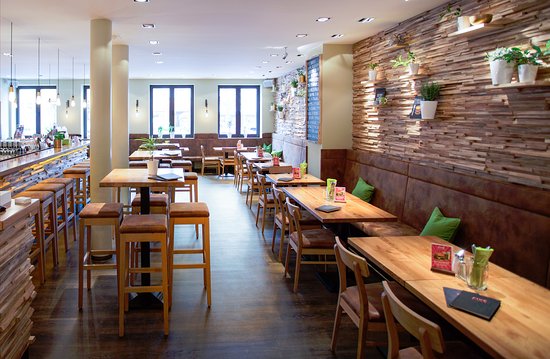 The burgers were absolutely amazing! Serving size is very good. We ordered strawberry lemonade which was delicious and I really liked the way it was served; in a nice bottle with a lime wedge, a strawberry and a slice of kiwi. Itâs really amazing that this place has a lot of vegetarian options. We ordered the sweet potato burger without the bun, and the spicy patty with avocado without the bun with a side of potato waffles.The waitress was super friendly and spoke very good English, which was super helpful! Itâs nice that there is an English menu available too! This place does get crowded around dinner time, so to be sure youâll get a seat itâs probably a good idea to reserve a table.. we didnât do that and we were just lucky that there were two seats empty.. which was very nice! Cute place, great staff and tasty food! Iâd definitely come back here!Thank you for your really nice review - we appreciate it much! We look forward to welcome you soon again at FIVE Diner! Chears, Nicole 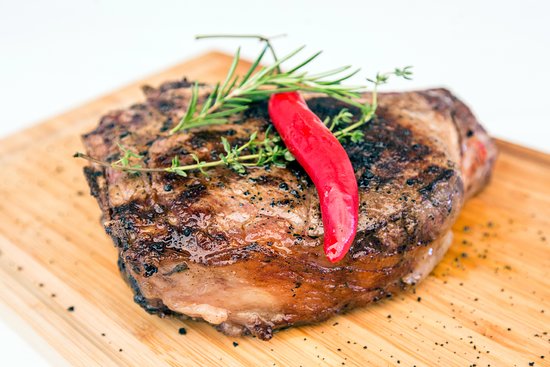 Spent one week at Nuremberg and was hosted at this hotel by my company. pros:great great food. try the mushroom with potato puree and their menu of pastas.excellent service! they will make you feel like family.opened the restaurant 30mins before opening to accommodate me after checking-in from a long flight, kitchen stayed open for us to accommodate our late lunch before flying out, was gifted with prosecco, invoices separated for personal and work stuff, and took my personal preferences into consideration. excellent breakfast selection.and again - service is excellent, from the receptionists, to the breakfast crew, to the resto crew (they're all the same people but work on shifts)cons:shower was not consistently hot. e.g. hot would switch to cold/warm for a few seconds. 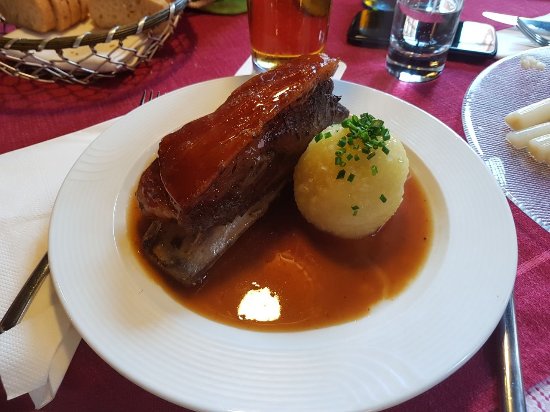 So letâs just say that if you have any hope of eating here..... make a reservation. Itâs a hassle I know. But so worth it. We tried to walk in one night and were turned away. We made a reservation as soon as we got home and scored a table within the week. Aside from the historical Albrecht-DÃ¼rer business, (an added bonus) this really is a fine restaurant. It is small, busy, and has excellent service and food. So you must make a reservation. My husband had the schÃ¤ufele. I had the deer ragu. Both were superb, and served with excellent blaukraut. The stewed plums with cinnamon schnapps was so good as well. We were sat and served crazy fast. Please take the time to make your reservation and enjoy this wonderful gasthaus! 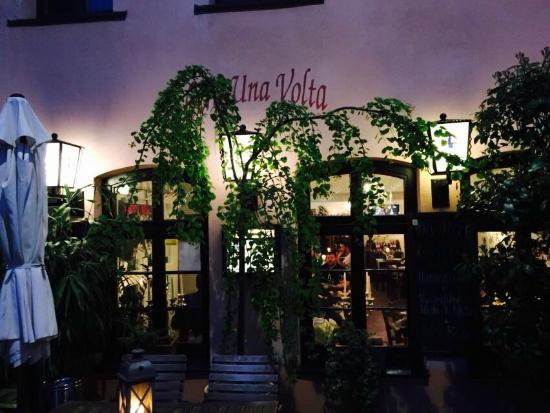 This place has no menu and no prices, the waiter recommends items and starts bringing out food once you arrive. When we got the bill, we were shocked that the price was more than 150 euros with tip for two people (with pasta appetizer, entree, small desert, and wine). The food was good, but not that much better than other restaurants of similar quality that we went to in Nuremberg. It just did not justify the price. If you are in Nuremberg and want to get Italian food, I would advise going to a restaurant with a real menu with real prices. Also (and I blame myself for this), ask the price of everything that you order so you know what you are getting into. Perhaps we got charged more than the locals, I won't ever know since there was no printed menu. 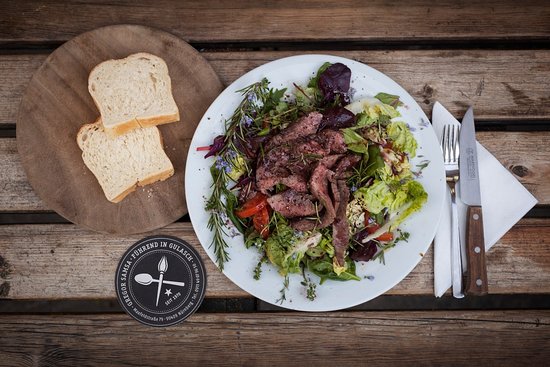 A little bit hidden away, but definitely worth to find. I had a very generously sized Gulasch dish with just a hint of horseraddish, which was so good, that I was tempted to order a second serving. The barkeeper recommended white wine, which was the perfect pairing to my food.The stuff is cordial and helpfull and one feels at home right away and I can only praise and highly recommend the Gregor Samsa. It has a lot of great vibes to it and is definitely not one of those tourist traps, but a place where you like to eat and hang out.