Best Diner restaurants nearby. Discover the best Diner food in Harrison. View Menus, Photos and Reviews for Diner restaurants near you.. Harrison is a city in Boone County, Arkansas, United States. It is the county seat of Boone County. It is named after General Marcus LaRue Harrison, a surveyor that laid out the city along Crooked Creek at Stifler Springs. According to 2012 Census Bureau estimates, the population of the city was 13,163, up from 12,943 at the 2010 census. Harrison is the principal city of the Harrison Micropolitan Statistical Area, which includes all of Boone and Newton counties.
Things to do in Harrison 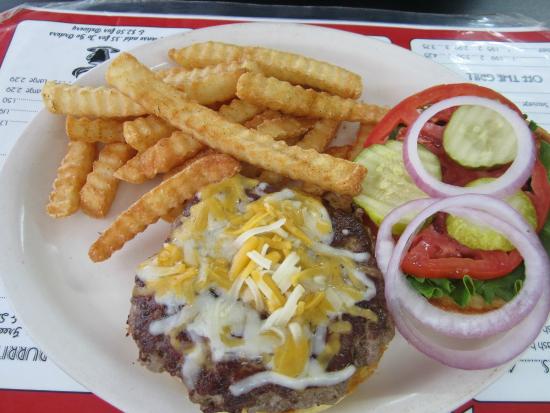 Offering real food and hometown hospitality, we are a classic american diner, serving breakfast all day. We offer a variety of breakfast options, as well as serving hamburgers cooked to order. We have daily lunch specials to go along with some of our dinn

Stopped by on our way to Branson again. Food and service was good. No kids menu. Double cheeseburger was huge!! Fried okra was cooked perfectly. Grilled cheese actually had lots of cheese. Didnât get a fried pie this time. 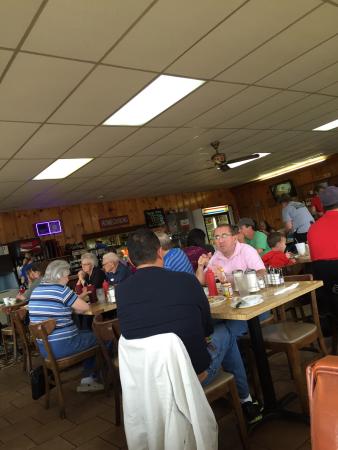 Heading back home we stopped for breakfast in Harrison at the Ranch House Restaurant. You could tell this is the local place to eat. Large menu choice and good country food. I had the ham and cheese omlet with grits and it was good. All enjoyed their food and service was good too. 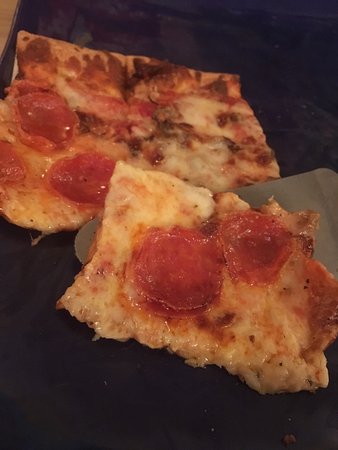 Ordered pizza and wings from here for dinner. They delivered it right on time and both the pizza and wings were still hot! Great service in that regard. Our order was correct so another point for great service!Pizza was good, not the best I have ever had but very tasty. I didn't care for the thicker crust but that did not take away from the flavor.The wings were excellent! Not sure how they were prepared, not deep fried like most but they were still crispy, not soggy and the taste was great!Thank you! 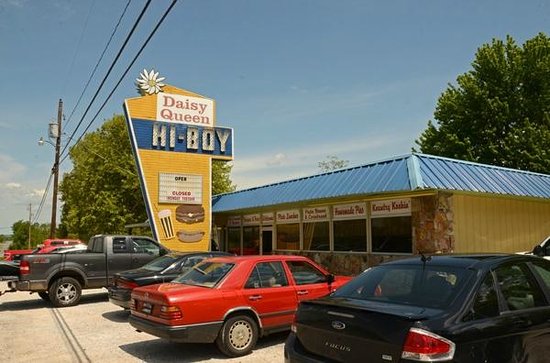 Folks in these parts literally count down the days 'til Daisy Queen reopens after its seasonal close (from late summer 'til early spring). Its bright atmosphere (with daisies painted on the walls), long-time Daisy Queen servers (who seem like good friends), and a simple tried & true menu keep them coming back. It's the kind of place that rekindles memories of treasured times gone by (after all, Dogpatch and the Buffalo Ntional River are just down the road); a place to connect with neighbors and meet new friends. "Regulars" know the daily specials by heart, and plan accordingly. Thursday night's special is 'chicken & dumplins'; the most popular thing going on Sundays is chicken & dressing. Better come early or risk going without those popular dishes (as happened this evening with our large church group). No worries tho, as there are other delicious choices - i.e., chicken fried steak & gravy, freshly grilled burgers & fries, pinto beans & cornbread, fresh veggies, etc. Hard to leave without some freshly baked pie or cobbler, strawberry shortcake, or a shake or ice cream cone. So sometime before Labor Day, come on down Hiway 7S toward Jasper for a delightful Daisy Queen 'down home' dining experience. Better plan on an early dinner tho - doors closed tonight at 7:30 pm. Even if you're not from around these parts, you won't be a stranger.

Most Popular Restaurants in Harrison Having had a very unimpressive experience at Jesse's a few weeks ago, we gave it another try this morning for an early breakfast before our daughter and son-in-law headed home. Again, and for the second time, it was disappointing. As we were there at 8:30 am, we opted for breakfast (tho as a positive, lunch was also an option). The service was poor, starting with beverages. I ordered both water and coffee, and was served a VERY tiny (Dixie-cup sized) cup of water, with a spoon in it. The server said "this is how we serve water with coffee". Strangest thing I've ever seen (and I didn't touch my water as a beverage). Was it there to rinse my spoon after stirring my coffee (even tho it had ice in it)? We asked for butter, and the server brought TWO small packets for our party of 4. My son-in-law's milk never arrived, and wasn't delivered until requested again; same thing with coffee and soda refills. Service all but ceased after the ticket was placed on our table. Food was actually good; hash browns much improved from our last visit. Toast was overcooked, but abundant; still no English muffins available. As for the dining environment, temperature was chilly and rock music bass blaring and booming too loudly. I won't say we'll 'never' be back ('cause sometimes we're sorta captive when friends make the restaurant selection), but this place will not be on our 'short' (or long) list of Harrison eateries. That's a shame, because we eat out often and enjoy supporting local businesses.

The 10 Best Things to Do in Harrison, United States