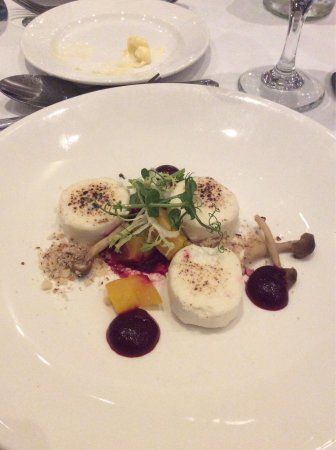 had lovely 3 course meal with family at the weekend. all very fresh and flavoursome. As stated these meals are not about large portions at all, bread rolls arrived and were devoured. drinks are not cheap but thats to be expected in this establishment. staff very professional & efficient. would return whe in the area 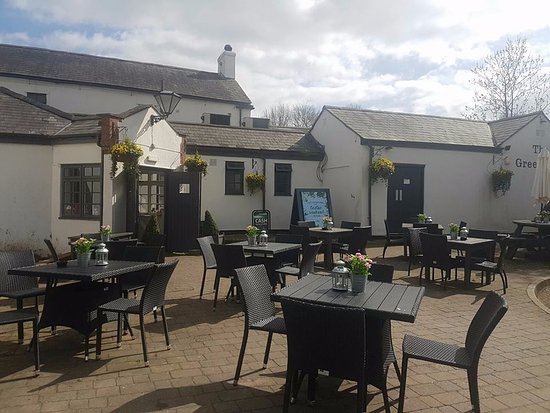 My mother and I often stop here on the way to see my brother, the service is always excellent (Monique on our last visit) and the food is tasty and served promptlySuch a nice review to read, thank you so much. 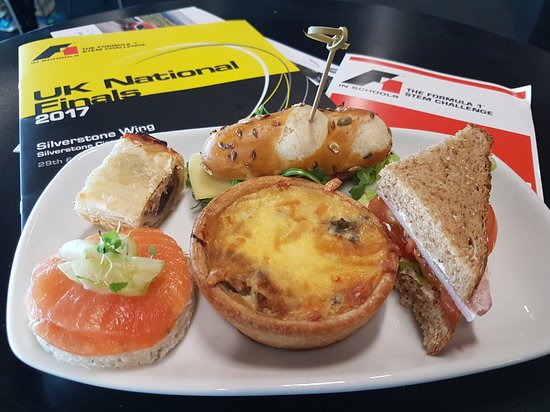 Limited menu of hot food, with chips or salad and sandwiches, The morning pastries were suprisingly tasty. No cappuchino was disappointing. Lunchtime it got very busy (test day at circuit) as there are no other options unless a very big track event is on. 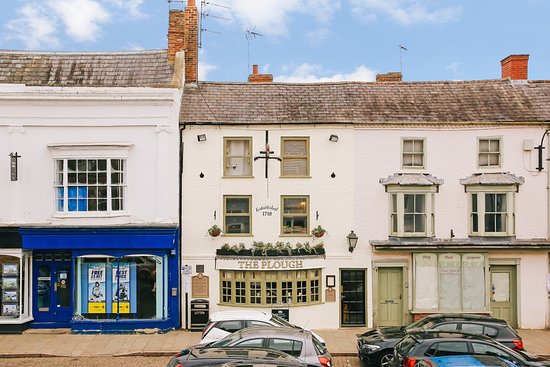 A friendly, comfortable Traditional Pub in the centre of Towcester high street, serving great quality locally sourced food in a beautiful and rustic environment. All dishes are cooked on site and are presented to a high standard. A wonderful atmosphere aw

First time at this pub, was impressed by 3 things - comfy seats, good service & extreemly large portions! er (Mushrooms on Toast) could easily pass for a main, what made it even better was the taste - absoultely superb, had chosen this venue as it is about half-way between Nuneaton & Aylesbury, where our eldest son (Ross) lives with his partner, as this nwas a Mothgers Day treat, albeit the day before the big day, will be eating here again in June, can't wait! 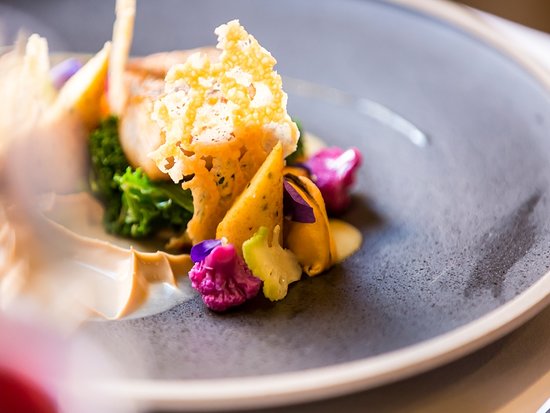 Discover fine dining with a difference. Boasting two AA Rosettes and an intimate and relaxing atmosphere, Murrays provides the perfect setting for our Head Chef to introduce you to his Modern British Menu. Award-winning chef Harvey Lockwood has returned t

What a nice experience. We arrived and were shown to a reserved table in the lounge while we chose our drinks and meal. Small snacks were brought with the menu, then we chose the 3 course menu. As much as I like a taster menu, I prefer to pair wines with these, and I was driving....However, even with the 3 course choice you end up with about 7 with the fillers. I particularly liked the pre-desert and post-desert either side of the main desert!The quality and presentation of the food is 1st class, and I am surprised this hasn't got a Michelin star yet.Highly recommended and well worth a visit.Dear Andy,Thank you for taking the time to tell us about your experience, it's great to read that you had such a fantastic time.Many of guests speak of the potential of a Michelin star, of course we have been awarded with two Rosette's but we always continure to fine tune our offering.We hope you do join us again soon.Kind regards,Dan - Guest Relations 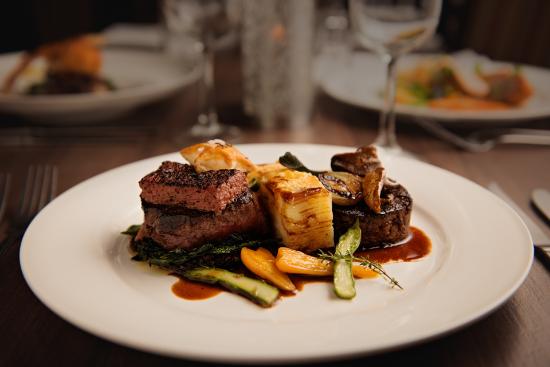 The Folly is situated in a beautiful location surrounded by rolling countryside on the A5 opposite Towcester racecourse. The original building dates back to the mid 1700's and is the quintessential thatched English property, full of character and understa

No fancy foams and tuile biscuits here, just good honest, traditional dishes. The service is just as traditional with friendly waiting staff who will talk to you, if you so wish. The dining experience is like going back to the 80s with none of the horrible bits. Iâd highly recommend the Folly, just donât bring your flairs. Hi Steve and thank you very much for your charming review.We try to reinterpret British classics with a contemporary twist. But we are not tempted to "show off" with unnecessary "chefiness". Glad to hear that you appreciated that.Hope to see you again soon.Best wishes, Robert, David & team

I was staying Slapton for a business trip found this little pub great selection of bear only one cider on Draught. Went for a bar meal ,Had a lovely steak they said food was going to be about an hour happy with that as was talking to the locals. But what supprise 20 mins my steak was on my table. Loved it would return if ever back in the area. You can see this is a good local pub as it full of locals and farmers.. 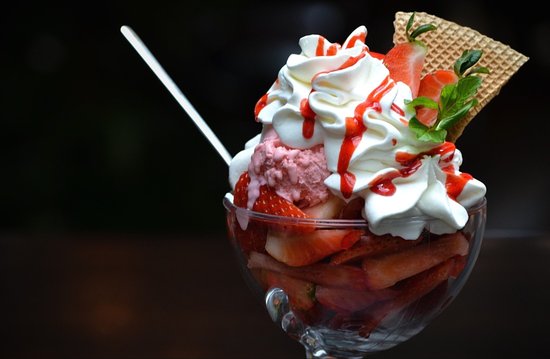 Our motto is simple! Keep it real! We are not looking to be a pretentious eatery or charge extortionate prices! We are proud to be in Silverstone and work hard to ensure Silverstone can be proud of us! Itâs a real village pub with real village values! It'

JÃ»st had dinner at the white horse, absolutely lovely...We were greeted with a warm welcome and shown to our table immediately, the food was plentiful so stuffed couldn't have a desert. The chicken wings were to die for, never seen wings so big!! Then the main course came out well 3 lamb chops that filled the plate, chips and veg, the chops were so tender and had the flavour of how lamb used to taste, someone else had fish pie, this was full of assorted fish and was certainly home cooked, and another person had ribs and chicken, again this was lovely, portion size isn't problem, I can honestly say you won't go hungry, we all left some it was that much. Would throughly recommend this pub and can't wait to go again.The price was very reasonable for the portions that you get.Thank you to the white horse for a lovely dinner...

2. The Fox and Hounds Whittlebury 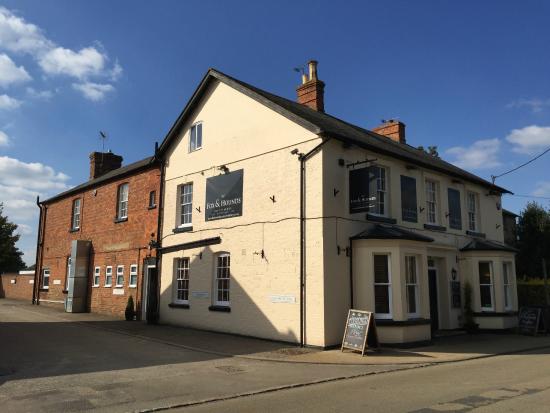 We are an independently owned friendly village gastro pub and restaurant, just a stones throw from Silverstone. We have real ales on tap from local brewers as well as a carefully selected wine list. In the kitchen we are proud to work with a small selecti

We had a super lunch. Fish and the lovely dry crisp chips was delicious. My friend had chicken Caesar salad. Both plates were empty. No room for dessert although they looked delicious.The staff were so friendly and efficient. I can thoroughly recommend this establishment if you want a good meal.Thank you for your kind words and for your endorsement. We hope you will return well before your friend's next birthday ! 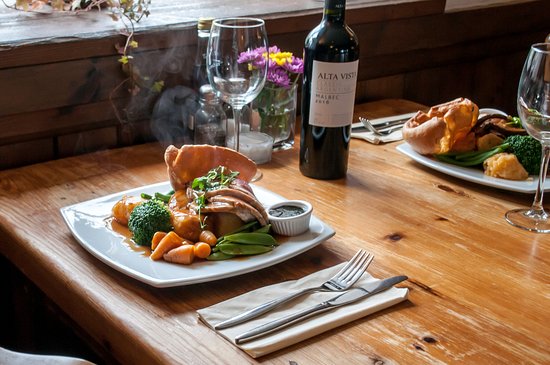 Went for lunch yesterday. Have been before but this time remembered to write a review! Lovely country pub withloads of parking. Really nice, attractive exterior and inside equally as well thought out and decorated.Sadly didnât get the barman/servers name but a lovely guy, helpful, friendly and efficient.I had 6 hour roast pork belly on a tomato, red pepper, butter bean and chorizo âstewâ sorry chef, canât remember the name but it was delicious! The chorizo pieces were generous unlike many restaurants who chop it so small you wouldnât know it was there. Everything was cooked to perfection. My wife had melted Camembert with bread for dipping and sweet potato fries. She said it was all superb. We also had a side order of fries which were some of the best Iâve had.The food and the experience was absolutely spot on.Many thanks guys. Weâll be back!