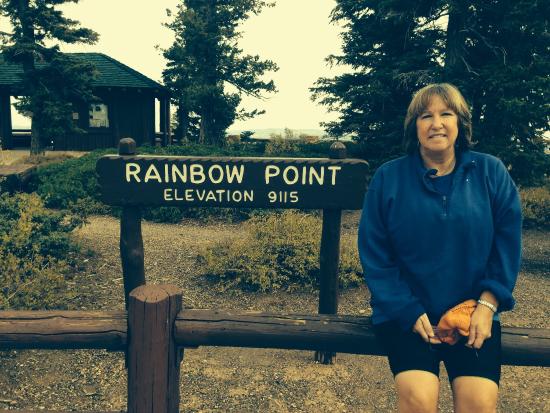 We visited the Stockade once when we moved up on the mountain years ago. For no special reason we had not returned for many years. Since our first return visit a few months ago we have enjoyed the Stockade several times. This last visit we were with friends. My wife and I shared the BBQ/Smoked Rib dinner (full rack) and our friends had the Stockade burger and Egg Salad Sandwich. I cannot rave enough about the ribs. They are very tender, moist and fall off the bone. The flavor is terrific. The ribs come with two sides and vegetables. We ordered two salads (mine was extra as we were sharing the rib dinner) and a baked potato. The broccoli, cauliflower mix was seasoned well and cooked just as we like it, firm yet tender. Both of our salads were very good with cold, crisp lettuce and homemade croutons. The baked potato was perfectly cooked and delicious. Our server, Alice was very attentive and provided excellent service. She is willing to do whatever she can to try and meet any reasonable request. If you are looking for fantastic ribs, give the Stockade a try. They cook their ribs daily in the smoker out front. 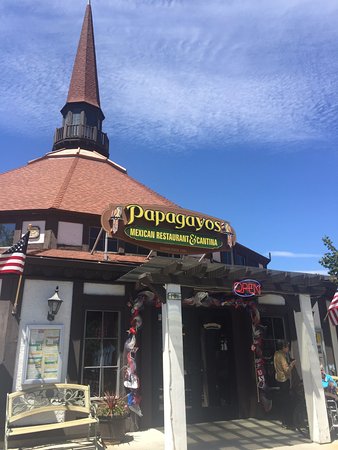 Ate here with a party of 12, 4 generations and we all got something good. Portions were off the hook huge, even splitting the nacho's for dinner can work. The food was good, not amazing, pretty standard stuff, nothing unique or super tasty that we tried. (We had nacho's taco salad, enchilada's, kids, nahco, cheeseburger and queadllla's, all the kinds of fajita's and the El Gordo Burrito that my son in law consumed and proceeded to sleep the rest of the night beacuse it was so huge. The service was top rate, and drinks reasonable. Looks like a great happy hour, we got a drink, but got seated so did not see all the specials. Next time with a smaller group,HH is the best way to go in the nice bar area that is where you come in. Gets packed on the weekends, get there early. 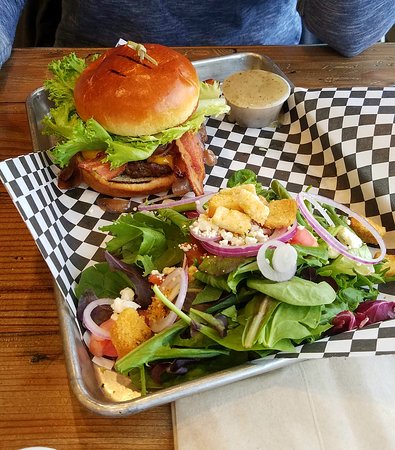 Worst service on the mountain by far -- by the wait staff and owners. We've been regulars for several years. Our last visit was a horrible experience. A group of 4 were chased by a waitress for seeking safety during a 7.1 earthquake just 100 miles or so from Lake Arrowhead. The floors shook and eventually a loud bang was heard overhead. Apparently bottles were falling in the storage room above.Instead of acknowledging Ashley's (who has marked this review as being funny on Yelp) poor behavior and apologizing for the misunderstanding, the bar manager Chris VC, who trolls as Michael V on Yelp (who has also marked this review as being funny) said we shouldn't have stepped out with a drink no matter the circumstances, the liquor license didn't allow anyone to step out with a drink (only in hand by two of my guests because we were waiting for a table), and if we never do that again we won't have a problem -- patronizing us as though we were children. Chris also told me to call a lawyer if I had a problem with that. We disagreed on his tone and then went to the outside patio to wait for our table, paid for two rounds of drinks waiting, and eventually -- only after asking the hostess and the hostess asking her supervisor -- were we told that we would not be served dinner tonight (after 45 minutes of waiting and paying for drinks).As a local and a regular, not only was I offended but also shocked. The owner John did not bother to approach us to let us know we would not be served, scolded us as though we're one of the usual wasted 22 year olds they normally have at the bar on weekends (who never get asked to leave) and to top it off called security. When I explained to John the reason we stepped outside, the magnitude of the earthquake, and safety being paramount, he said "THERE WAS NO EARTHQUAKE. THE EARTHQUAKE IS IN PHOENIX." Fact check: the 7.1 then revised to 6.9 magnitude earthquake was less than 100 miles away. And your floors were shaking and boxes in your storage room falling overhead. Your denial doesn't change a scientific fact. You wanting to keep the tremors quiet as to keep customers in doesn't change the fact that the tremors happened and startled some of us. And you telling us we were rude to his staff don't change the fact that voices were not raised and grown adults shouldn't be chased down during a natural disaster for seeking safety right outside just steps from the door. And if we disagree, we were owed a conversation by the owner that we would not be served. He didn't view the video footage, he simply went by the word of staff against 4 great customers. The third party security guard spent more time hearing us out than the owner did. If this isn't a model for an ungrateful and entitled ownership after a busy weekend, I don't know what is. This is a restaurant business -- a business with the highest 5 year failure rate of any. Also a fact. In the past we would come here for the location. We would recommend it to our guests. Great views and good drinks. Some of the food has been mediocre at best, with frozen bagged tater tots as the standard side and an up charge for everything, including $3 alone for fries. Judge for yourself, but as a local who believes in community and service, the Lakefront Tap Room fails at both, as well as decency and any focus on the safety of their patrons. No Alcoholic Beverage Control agent will bust you for customers seeking safety right outside your premises during an earthquake. Use some common sense. And if you're unaware of the earthquake, perhaps listen to your customers when they explain. Even if you think your waitress did her job, apologize for the misunderstanding and diffuse the situation. These are the basics of customer service and not too much to ask for.I would not have written this review in such grueling depth had the owner reached out with an apology for the misunderstanding or any kind of outreach at all. Alas, this is how this particular business owner treats a fellow community member and patron, as though she is dispensable.We went to Saddleback for the first time after this incident and had the best experience -- terrific service, fun vibe, excellent food. 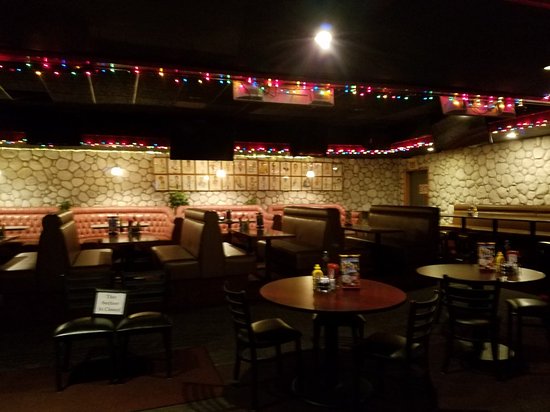 Decided to try this establishment for lunch and was fairly underwhelmed. The red and black decor is darker & more cave like than need be even for a sports bar. We ordered the Friday special prime rib and it was tasteless without au jus of any kind. When asked if we wanted "everything" with the baked potato we said sure and noted later there was an extra charge for the rubbery bacon bits, perhaps not a big thing, just annoying. Even the glass of red wine was sub-par and tasted a bit funky but it's a sports bar and I figured I should have known better. On the bight side, the server was alone but attentive and made us feel important by checking back frequently. Kudos to her. 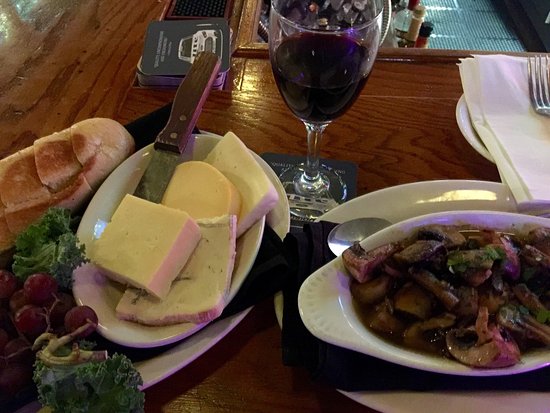 I was craving steak, but feeling cheap. Luckily after reading some reviews I found this place and we gave it a try. It was $8.95 steak and karaoke night when we were there. Considering the price being less than most other entrees, it's a bargain. Not the best steak, but on par with Sizzler I guess. I could have done without the karaoke from 80% of the people. They had fun, but seriously a lot of songs were hard to even identify, not many people could carry a tune. Our waitress did a song which was cool, and the karaoke host sang when there was no one else in line. But I could have enjoyed my bargain steak a little more without the singing.I would go again, it's on the way home so after a day of shopping with the wife, we'll stop by check it out.