Reviews on Asian food in Katonah, New York, United States. Katonah is one of three hamlets and census-designated places (CDP) within the town of Bedford, Westchester County, in the U.S. state of New York, specifically northern Westchester. The Katonah CDP had a population of 1,679 at the 2010 census.
Things to do in Katonah

My friend orderd a vegetarian lunch, and stressed with the server that it was vegetarian. Halfway through her meal she looked "funny". I asked her if she was alright, and she said no...then asked the cook if he used fish sauce (she has a shell fish allergy) he said no...she didn't believe him as she knows how it feels to injest shell fish. She keep asking him, telling him she has a shell fish allergy, and he finally confessed to having put oyster sauce in it. She took off for a pharmacy to get some Benadryl, I was given the check, YES they insisted I pay, and kept insisting that she should have told them she had an allergy. I told them that VEGITARIAN IS VEGITARIAN....NO animal of any kind...I met up with her at the Pharmacy minutes later and helped her find the liquid Benedryl, we sat on the floor for 20 minutes and she was not getting any better. I had to rush her to the ER...what a horrible experience....Will NEVER go there again...

We dined here for the first time and cannot say enough good things about Neo. The wait staff were extremely friendly and attentive. We started with the avocado sashimi tartare, then had the black diamond roll, patience roll, salvation roll and the fruit of spirit roll. They were all excellent! Our non-sushi eating family member had sautÃ©ed lomein and it was delicious, too. We would definitely return! 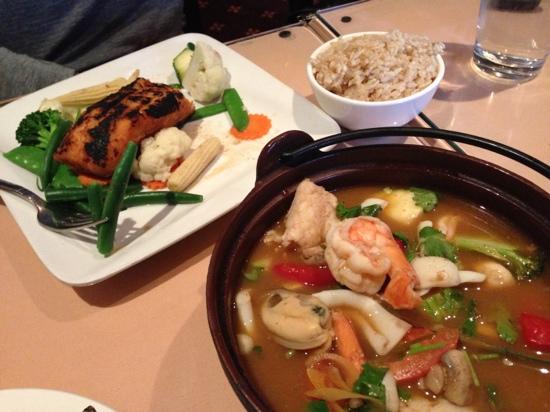 We have been here as a family of 4 including 2 kids numerous times (lunches and dinners) in the last couple of years and ordered food via delivery. Their food is consistently delicious, fresh and tasty !!! We always enjoy their Pad Thai and fried rice; when we have tried other dishes there and they are all so satisfying.When we go there for sit-in dining or on the phone their service is great, everyone at the restaurant are warm and welcoming.This is a great local eatery in Mt Kisco !!! 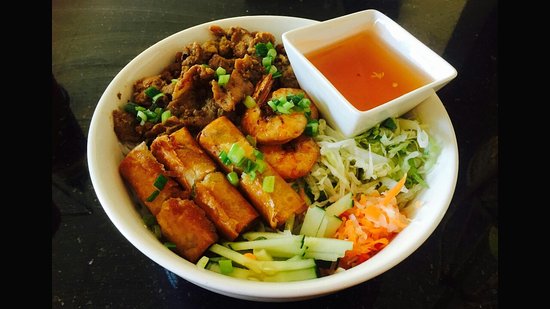 Had the B3 bowl. Don't know how anyone can say the portions are small or not much noodles!!! Plenty of noodles and meat!!! I could barely finish mine, my husband took half of his home. This small restaurant in a shopping center truly is a Jewel. I've tired most of their dishes, and have never been disappointed. They have selections for meat eaters and vegetarians, and if you skip the rice, many dishes are keto-friendly. The staff will adjust level of spicing to your taste. I usually ask for medium, which is seasoned enough to be interesting, but not to bring tears. The staff is attentive, but the kitchen does get a bit behind on busy nights. Lunch or an early dinner is both tasty and fast. The restaurant is small, and can not accommodate large groups without a reservation. There is no corking fee for bringing your own wine. Take out is great too.

Where to eat Street Food food in Katonah: The Best Restaurants and Bars 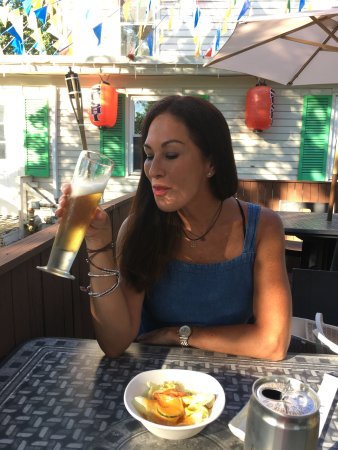 Yesterday me and my wife went there, the place is laid back and cozy atmosphere, they have a nice terrace and we decided because of the beautiful wether to eat al fresco. Very good cut to the fish, very fresh and very traditional, Japanese not fusion. As usual Sapporo to accompany the food, we had makis, sushi and sashimi everything was on point. Best sushi on the area so far! 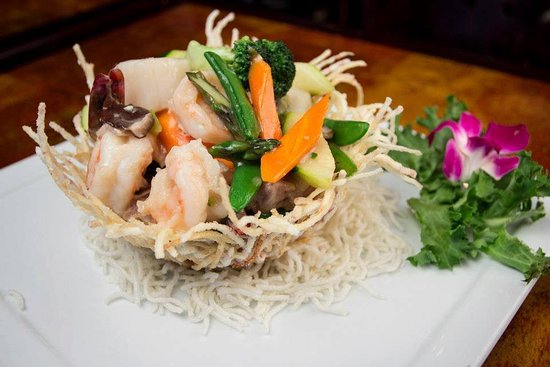 Rated Excellent by Zagat every year since 2006 and winner of the Best Westchester County Restaurant in 2013 by UrbanSpoon -Tengda Asian Bistro in Katonah, offers unique flavors of Japanese, Chinese, Malaysia, Thailand, and Vietnamese cuisine.

While the restaurant is located in a small strip mall, the interior is quite interesting.On the day I visited (just before noon) there were 3 sushi chefs, a good size wait staff and no one else in the restaurant. I did notice, however, that there were a number of take out bags at the register waiting to be picked up.After I placed my order, a number of other people did come in for lunch.The lunch sushi specials offer 2 rolls for $11 or 3 rolls for $14. I chose the spicy crunchy tuna roll and yellowtail avocado roll. Lunch specials come with miso soup which was nothing to rave about and a lettuce only salad with a very good ginger dressing.Each roll came in 6 pieces and both were very good.The restaurant does have a small bar for those who may be interested.A good lunch and waitstaff were very attentive.