Great breakfast spot. Had two eggs hash browns and a homemade biscuit. Yum. Butter was soft enough to spread and the homemade raspberry jam was berry good and not too sweet. Staff was super friendly and attentive. Never an empty coffee cup. We will be back. 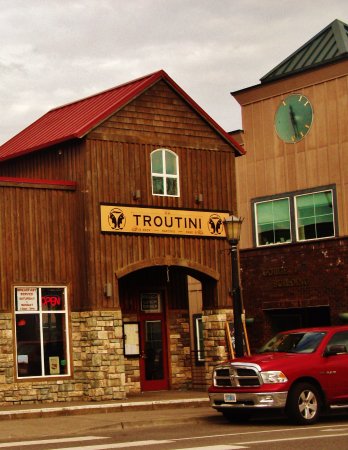 Troutini is a fabulous restaurant on the Historic Columbia River Highway in Downtown Troutdale. We are proud to offer a "Pearl District" feel to Troutdale without the drive to Downtown Portland where you will enjoy a memorable meal and wonderful drinks in

In Portland for a wedding, we walked into Troutdale in search of dinner. We landed in Troutini and had a simply delicious meal.I had the scallops starter and a salad, my wife had the petite fillet. Both meals were simply delicious. The salads were fresh and crispy, and both our proteins were fabulous. You could tell they took great care in preparation and execution on both dishes. Our server, Tina, was attentive without being bothersome, we enjoyed the atmosphere, nice and quiet. We ordered Creme BrÃ»lÃ©e as desert, which came with a gooey cookie. The Creme BrÃ»lÃ©e was fine, the Bruleed sugar top should have been toasted more to give it the proper carmelization , and the super sweet cookie should have been left off. It did not really add anything to the desert.Overall, it was a great experience, we would come back anytime if we get out that way again. 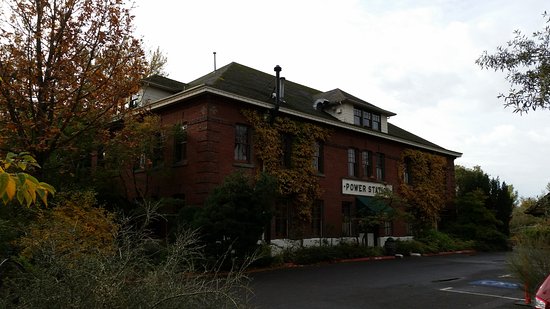 We visited with some locals who dine here regularly for lunch. The menu was rather limited, but the food very good. Our waitress was friendly and knowledgeable, while training a new waitress. The food was good and ample. We really enjoyed the ambience of this dining venue, within the Edgefield Hotel, a very old former Poor Farm. The wood motifs and antiques of the restaurant were quite pleasant. The sprawling facility with wine-tasting, a ballroom, a pool room, and outdoor entertainment venue was really interesting. I was told that this is typical of the McMenamin developments. 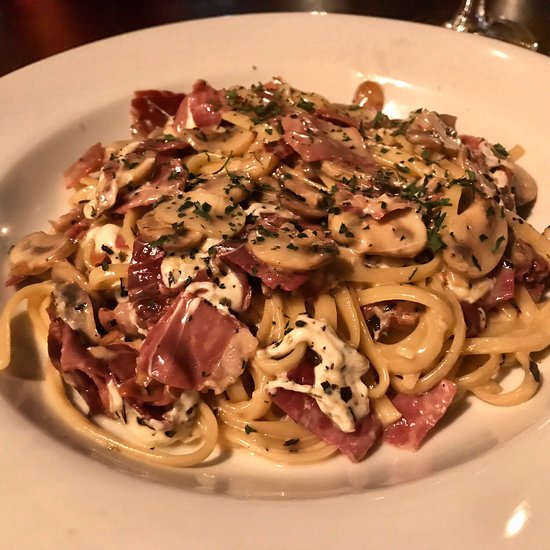 Stopped by late on a Friday evening. Post happy hour. Still near full, but seated almost immediately. Not noisy. Looks like there are daily specials - many of which I hope to sample. The salmon cakes - excellent.Fish and chips (subbed a salad) was a bit greasy. Salad good but not great. French dip - excellent. Some wine & beer options.Nice to have another establishment in our rotation! 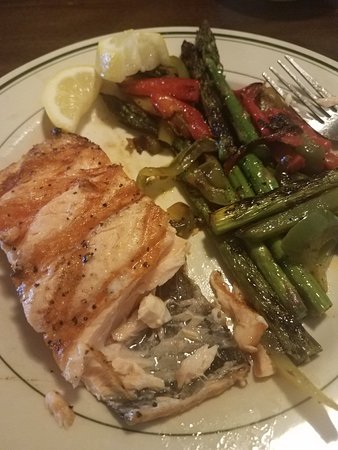 Tender, soft, fresh salmon and fresh, roasted asparagus were mouth watering! Wait staff is friendly and prices are very good for the quality of food you get...Salmon, salad, grilled veggies were $13. Husband had 12 oz. prime rib (perfectly undercooked- to his taste), good sized baked potato, grilled asparagus, Red Lobster type roll, potato soup...all delicious for $26. You pay for what you get and this was worth every penny...we will be back, often. 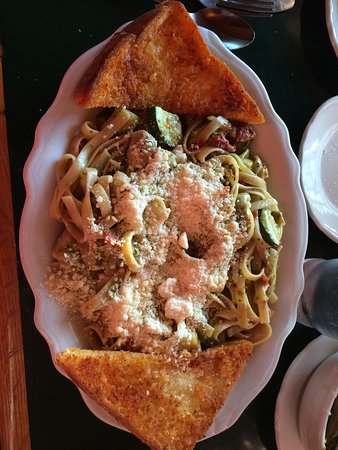 We were impressed with the way this restaurant has maintained the interior with the lovely wood-framed doors that open up the back wall overlooking the river. When we arrived at 5:20 PM, all but three of the front parking spaces were taken, as were all of the tables in the dining room along the back window. We took a table in the next row. Our server, Dallas, was friendly and efficient as was the young woman bussing the tables. We were pleasantly surprised by the âextrasâ including a pickle tray, and hot rolls with butter that kept us busy while we waited for our dinner salads that came with the chicken Dumplinâ and beer-battered prawn dinners that we ordered. I had a glass of Malbec, too, and for all that the total bill was very reasonable. Everything looked and tasted great and we couldnât finish our entrees, much less try a dessert! This local restaurant was a real treat! 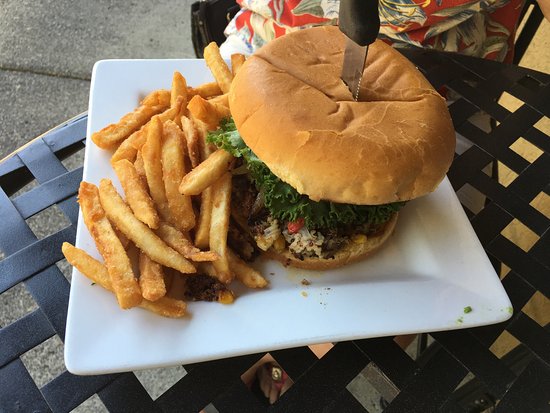 We stop in to Mill City quite frequently. The beer choices are good, but I have grown bored with the food. It is expensive and nothing fancy. And the options are limited and donât change. I canât believe the two tiny bland dessert options cost upward of $9! Yikes! Maybe I am the only beer-drinking dessert eater? Will come back for beer, but not food. Too many other food venues close by in town to be disappointed here. 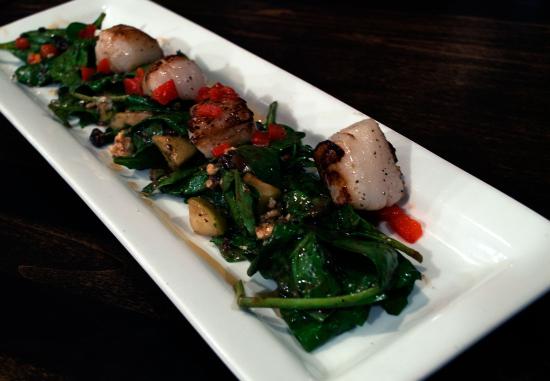 A fine ($$$$) restaurant should have two attributes: (1) clever, interesting dishes artfully presented, and (2) the ability to deliver the dishes when and where needed. Feast 316 has high quality dishes, but, unfortunately, not a high quality operation. The food at Feast is first rate. Although billed as a steak restaurant, Feast's seafood dishes were terrific. What Feast does particularly well is give traditional dishes a new twist, such as replacing rice in paella with a cheesy risotto, giving the dish a creamy, tangy quality. Prices, although high, are reasonable for the quality and quantity. What Feast does not do well is provide your food in a safe or timely manner. We witnessed the same kind of accident others have reported: a delivery cascading across a table and onto patrons' laps. The kitchen is also poorly timed. Some dishes came out almost as soon as they were ordered; others came out so late that the dishes they were to be paired with had gotten cold. 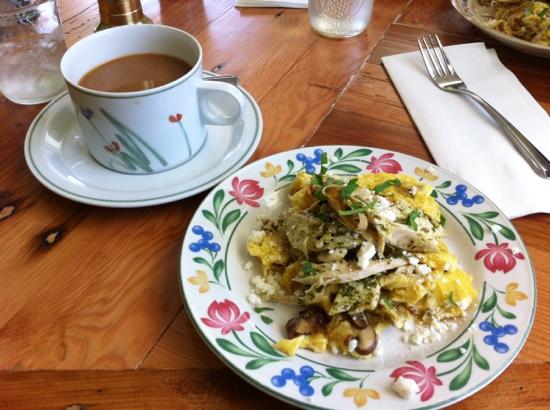 This is just a fun place to eat and share time with friends. I love the Pesto Quiche. The choose-your-own-mug allows some creative control over your place setting. Ordering up front from a chalkboard menu is also unique. Service is very friendly. Food is made fresh by order so not a quick turn around. Portions are small. The grapefruit mimosa is delicious, too.

The 10 Best Things to Do in Washougal, United States 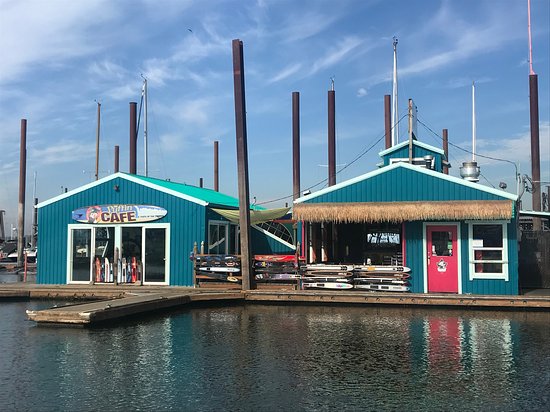 Unique floating location on the Columbia River at the Port of Camas/Washougal with views of Mt Hood. Gets very busy on the sunny days, best time to avoid a wait list is on the rainy days. Open year round, closed on major holidays.

My family of four were here on a lazy Sunday afternoon. We had heard great things about the Puffin and being boat owners, we love trying different waterfront dining. Unfortunately, we were very disappointed with our dining experience. We were crammed into a corner table in a crowded room (there were only three families here eating at the same time and we were seated all clustered together.) The windows donât open so we couldnât enjoy the beautiful day...and the closed-in room seemed stuffy and weathered. And...the food was frankly downright inedible. My Jamaican jerk tacos were soggy, dripping with juice, and flavorless. I couldnât even eat them with my fingers because the tortillas ripped apart from the over-stuffed sogginess. My childâs flavorless chicken fingers and happy fries tasted microwaved, instead of fried or even baked. Rarely do I even think of sending food back to the kitchen and make do with what I ordered, but here we left before even considering this option because the overall experience was just so overwhelmingly disappointing. We went home and ate food there instead, regretting our money spent at the Puffin. Darn it. I fee bad sharing that because I am one to usually find a positive spin for things. If you are hoping for on-the-river dining in the Vancouver area, I suggest heading to the Island Cafe where you can actually sit outside, enjoy the weather while sitting outside on the river, and actually have some flavorful food to eat.

Most Popular Restaurants in Washougal