Top Things to do in Atenas

Micafe, the new option for Coffee lovers. Our second store is located in the second floor of El Canario Supermarket, in Atenas down town. This brand new store you will find an amazing deserts with a taste of many countries.

This small restaurant/cafe is new to Atenas but is a great addition. Cecilla makes what is most probably the best banana split in CR! And her lasagna, tuna fish sandwich, and egg salad sandwiches can't be beat. She is now carrying REAL brewed ice tea also (which is very hard to find here - usually you get only that bottled stuff). This new store is also a craft and art center. You can buy art/craft supplies and sign uo for a number of classes (at a very reasonable cost!)The owner, Cecilla, is also a fascinating woman - fluent in Engolish, warm, and not only does she run this business, she is also an attorney, a pilot, and has worked as a social worker - a multi-talented woman!BTW - the "First Annual Atenas Art & Craft Show" will be held here on November 16, 2013. Many local artists (both gringo and Tica) will be proudly showing their work!

We cordially invite you to our restaurant La Cocina. It combines tradition with modernity in our meals. We serve traditional costarrican and continental cuisine, we also add variety to our menu according to the season.

Really yummy local fare cooked over an open fire. Coffee made the old fashioned Costa Rican way -- good and strong. Family owned, the staff is very friendly. They feed you too much, but that's okay. You can always get a box for leftovers. 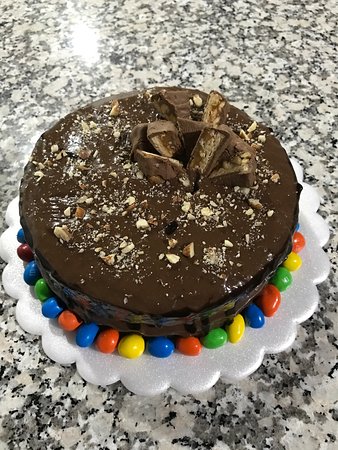 I enjoyed my waffles with fresh fruit for breakfast and my cappuccino. Really good! Liked the fresh greys and blue modern look and really comfortable chairs. Their was bench seating with lots of pillows to fall back on. Next time I want to try their fabulous looking desserts! 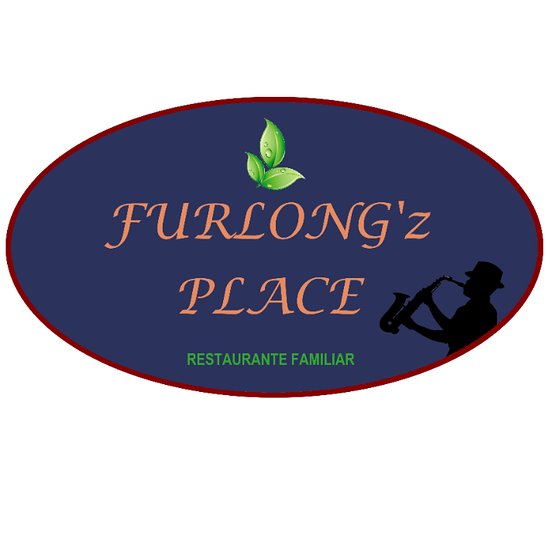 1. Great food! Specials of the day rotate among beautifully cooked and presented typical Costa Rican dishes using local ingredients that you may not encounter elsewhere. From a culinary standpoint, these meals are perfection.2. Charming location in a little breezeway, lined and canopied with plants. This is a cool little oasis where it is a pleasure to sit and enjoy a meal.3. Each meal includes a glass of fresh tropical juice as well as a satisfying little bite of dessert.4. Wonderful owner and staff. You will soon feel at home here.5. Serves breakfast, lunch and a late day meal if you arrive in time. Warning: the specials are so great that they go fast. 6. Only one of two locations in town to purchase specialty, locally handcrafted ice cream bars in wonderful and unusual flavors.7. Even the coffee is individually made by the cup with excellent locally grown beans.

Where to eat Pizza food in Atenas: The Best Restaurants and Bars 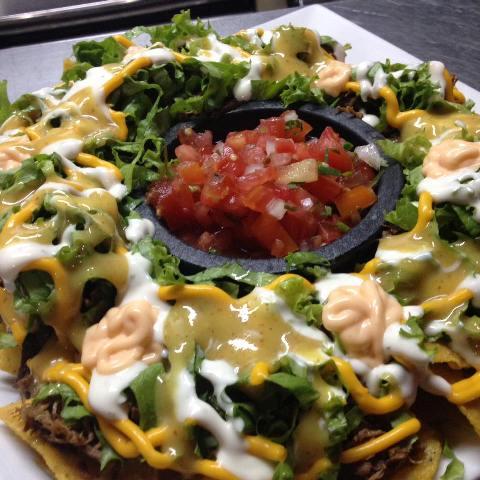 Delish food with great veggie options like Yucca burgers and Veggie quesadillas. They also serve alcohol. Not too expensive and fairly quick service. We love this spot! 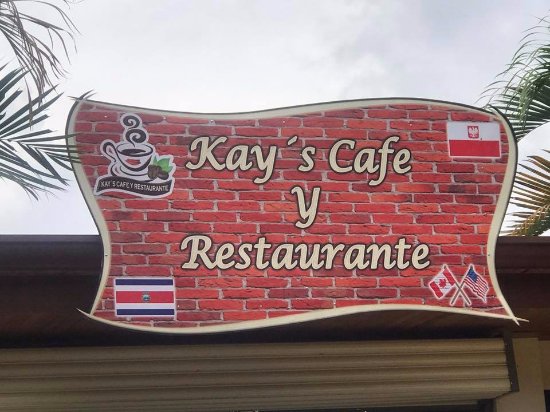 Kay's Gringo Postres roughly translated means Kay's NorthAmerican Sweets. Kay and her husband, Tom, from South Dakota, started out as a tiny pastry and coffee shop and grew into the only place in Atenas and for miles around that serves real American soul

I visited Atenas with my girlfriend on our now third trip here and weâre told about a Polish Cafe/Restaurant near by. Being Polish I had to try it out. My girlfriend Allison and I popped in one afternoon and met Ania the owner who is originally from Poland, lived in Toronto and now has moved to Costa Rica with her husband and two kids about two years ago. She said they bought Kayâs and cleaned it up, changed the menu and itâs a brand new place now. Thereâs a great menu with tons of choices for breakfast and lunch. Lots of Gringo choices and also a traditional Polish menu page. They have home made iced tea (sweetened or unsweetened) which is fantastic and refreshing which we had. Our first trip there I tried the Hungarian pancake which is a beef stew wrapped in a potato pancake and comes with 2 sides. Allison has the Cabbage Rolls. Both amazing. We came back a second time with Allisons parents and two of their friends and had Cabbage Stew and the schnitzel which was fantastic and had an egg on top. Before leaving Atenas Allison and I came back a third time to say farewell to Ania and the great ladies who work in the kitchen with her and had pirogies and a Polish sausage. Everything we tried was so authentic and brought me back to my childhood. It tasted exactly like the food my mom used to make. Thereâs also a huge English book library that lines the inside walls of the restaurant if you want something to read. I canât say enough great things about this place. The food, service, quality, pricing..... everything was absolutely fantastic. Go and try it....