Milton is a town in Norfolk County, Massachusetts, United States and an affluent suburb of Boston. The population was 27,003 at the 2010 census. Milton is the birthplace of former U.S. President George H. W. Bush and architect Buckminster Fuller. In 2007, 2009, and 2011, Money magazine listed Milton 7th, 5th, and 2nd, respectively, on its annual list of the "Best Places to Live" in the United States.
Things to do in Milton 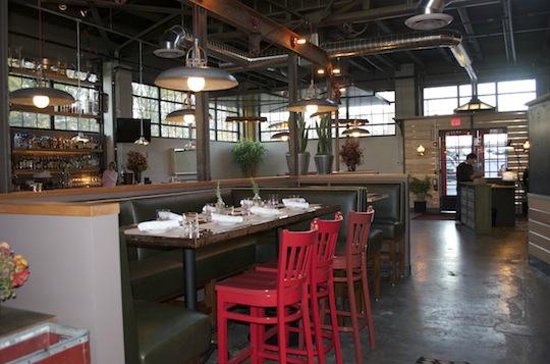 We had a family birthday celebration at Steel & Rye with a group of 12. Our lunch of a variety of pizzas and appetizers was enjoyed by all. But it was the courteous and accommodating service, and thoughtful attention of the owner that especially caught our attention. Our table was set up originally in the main dining room. However, the level of music was bothersome to several of our guests. The staff were happy to turn it down but the owner came over to suggest having the table set up in a private area. We agreed that this would be best and the entire set up was transferred. In short, we had a wonderful celebration in a lovely setting.

Our new location in Braintree is making a splash. Designed to evoke memories of vintage seafood restaurants, the space offers as many seating options as fish in the sea. Those looking to satisfy any thirst (or hunger) for fun, can choose between our bar, oyster bar or table and booth seating alongside the open kitchen. In warm weather, a glass wall slides back to a large patio. Our menu includes all the Legal Sea Foods classics, but also some specialties of the house that will reel you in. And our late night menu, available Monday through Saturday, begins two hours before close. We&apos;re located right off of Route 93 in South Shore Place, across the street from South Shore Plaza.

Came here for lunch with family after shopping at local mall and we were pleasantly surprised to get decent seafood this close to a mall.
We choose a variety of dishes and all were well prepared and tasty.
Service was friendly and helpful and there was a decent choice of wine. 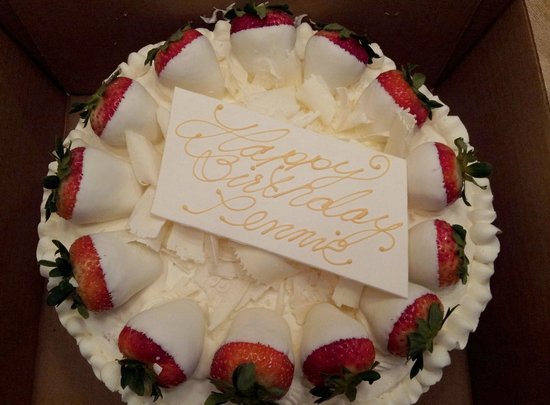 Our special birthday celebration was my husbands 75th surprise party... it's close to overwhelming to walk into the Konditor Meister showroom and witness the array of wedding cakes ,every size , flavor ,decorated to your specifications and personalized..... you are escorted into their tasting room and before too long an extended tray of cake slices in every filling are put in front of you to taste and decide on the filling , frosting and cake flavor... you died and went to heaven ... need I say more . I have included a picture of the extravagant cake representing my husband 's life's work in the movie industry .. they have even baked cakes for the White House..... let your special cake be extravagant ...... 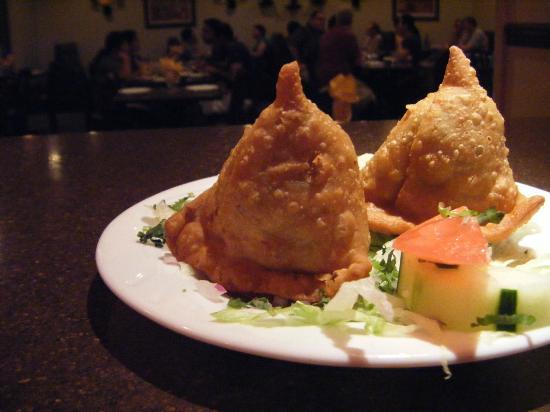 Punjab Cafe is unassuming from the outside, a step inside, calm and inviting, and most of all - transporting. Soothing tabla and sitar music, welcome you as waitstaff deliver authentic North Indian dishes and intriguing relishes in a variety of platters, ramekins, and shallow bowls with carved handles. Dining at Punjab Café is stepping in to our own kitchen as family and friends with service that is friendly and familiar. From blending each spice and dough mixture by hand to cooking each dish to order. We take great pride in providing our customers with authentic Punjabi cuisine, made from scratch and fresh premium ingredients .The restaurant is a lovely, inviting escape from contemporary pressures. And the owners, chefs and staff are devoted to their craft and in sharing the wonderful mysteries of Indian cuisine with the community.

Punjab Cafe was recommended to is by some close friends so my wife called in some takeout for us. It was inexpensive, quick and delicious. The staff was friendly and there was a decent size crowd sitting at tables. Would definitely order takeout from here again. 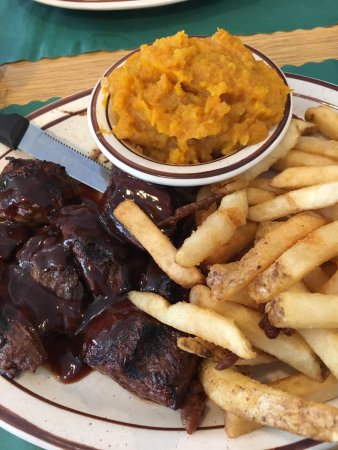 If the volume of cars lets you know where the locals eat - This is the place.
Waited about 20 minutes for a table on a Friday morning and it was worth the wait.
Good food, efficient service, tons of choices and everyone left full and happy. 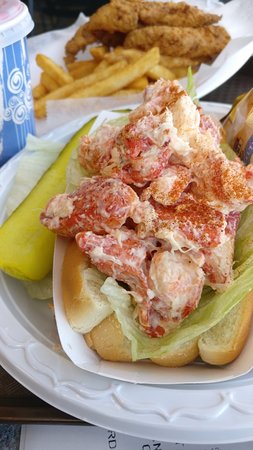 For some reason I was expecting a restaurant with waiters etc, but you queue up to order at the counter, then they give you a lobster shaped buzzer for when your food is ready to collect. We ate outside as it was a lovely evening. 2 people had fish and chips and said its was very good, 1 person had friend shrimps which were nice and large, I had fried clam strips ( didn't really know what they was until I googled it later ), they were ok.
It was busy, with a quick turn around, not the kind of place to linger over your drink, but good fun and buzzing. Portions were good, without being outfaced.
A nice place for fried sea food with chips
For chips, read fries.....I'm English! 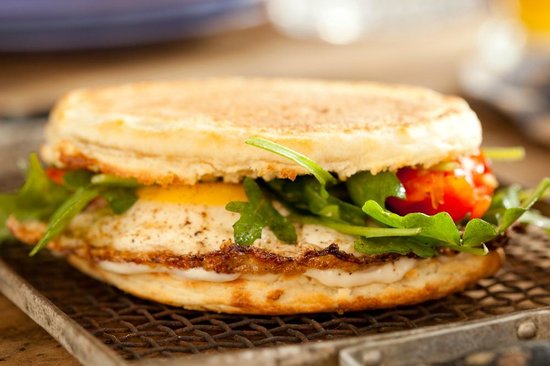 A tasty bite to eat was had after our tour of Eustace Estate at the relatively nearby Plate @ Milton Market. We had tomato-fennel soup, a grilled cheese and a prosciutto, cheese and fig jam panini. Bakery items were also available. The eating area echoed noise. 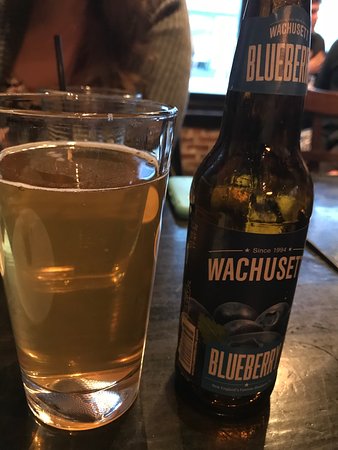 This place to eat has been in Quincy, MA for a while now. It has a good variety of appetizers, sandwichs, some meals. Had lunch there in November 2017. Got a cheeseburger with fries. 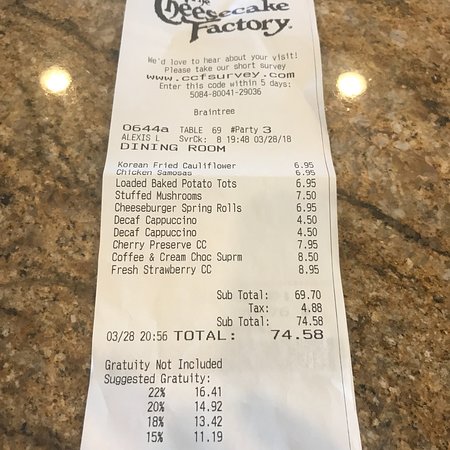 I eat there for more than cheesecakes, but... their cheesecakes rock. Took one back a week ago to Panama and it travelled fine. I like the kale salad, perhaps I am compensating to enjoy the calorie rich cake for dessert. Either way, they get some recognition for being consistent. I wish the place had some better lighting. I want to see my food not require a light to see all it's colorful plating. 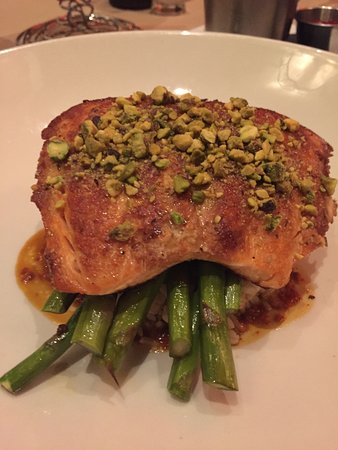 Abby Park offers American cuisine with a modern and creative twist. Our stylish and inviting space, designed by renowned designer Steve Todisco, welcomes you to a quick, casual bite at the bar or to celebrate that special occasion dinner.

We brought our family group of 7. The waitress and staff couldn't have been nicer from start to finish. I got the skinny salmon with asparagus, brown rice and goji vinaigrette. All elements were complimentary with one another and delicious! The martini's are so big you can swim in them. A great time was had by all. The other favorite was the panko salmon. We were all too full for dessert!