Miami Springs is a city located in Miami-Dade County, Florida. The city was founded by Glenn Hammond Curtiss, "The Father of Naval Aviation", and James Bright, during the famous "land boom" of the 1920s and was originally named Country Club Estates. It, along with other cities in Miami-Dade County such as Coral Gables, Florida and Opa-locka, Florida, formed some of the first planned communities in the state. Like its counterparts, the city had an intended theme which in its case, was to reflect a particular architecture and ambiance.
Things to do in Miami Springs 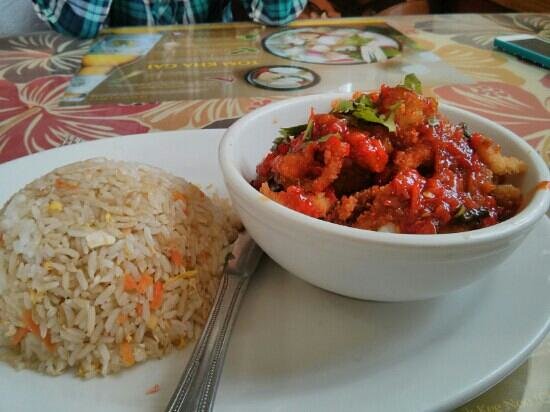 The food is very tasty. Pad Thai noodles are my favorite. The sushi I tried was not the best I have ever had but still good quality. Good portions for the price. Very fast service when not too busy. The staff is friendly. Very clean and welcoming restaurant. Would recommend 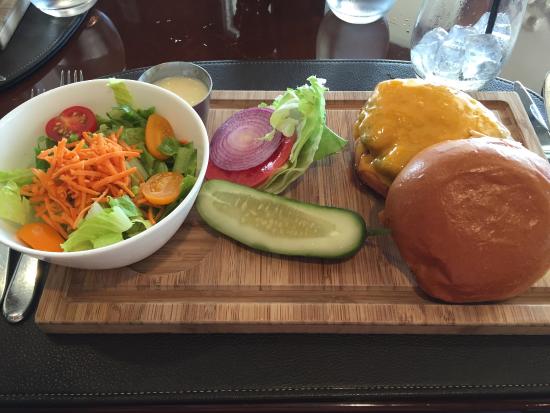 Champions Bar & Grill features an unrivaled level of first class service with creative dishes, specialty cocktails and clubroom ambiance in a social and sophisticated setting. The menu is inspired by traditional American bistros, featuring an assortment of appetizers, such as the "1983" shrimp cocktail, the "Artesan Meats Cheese Board" or the "Mussles and Fries". Lunch and dinner menu staples include the specialty burgers such as "Big Boy" (Sirloin pulled pork con mojo, aged gruyere, mushrooms) and the "St. Louis Ribs" (spiced rubbed, house bbq, pork & cheddar grits, vinegar slaw). An array of specialty cocktail options are prepared using only fresh ingredients by expert mixologists. A selection of domestic, imported and micro brews are also available. The wine list is extensive, with red and white wines available by the glass or bottle.

Had lunch here and sat outside . Hi Caesar salad with Chicken $20 ,reasonable for this place . Great looking bar . We are going back for dinner on Saturday night. Drinks were also reasonable. Worth stopping by.Try to walk in,parking is $20. 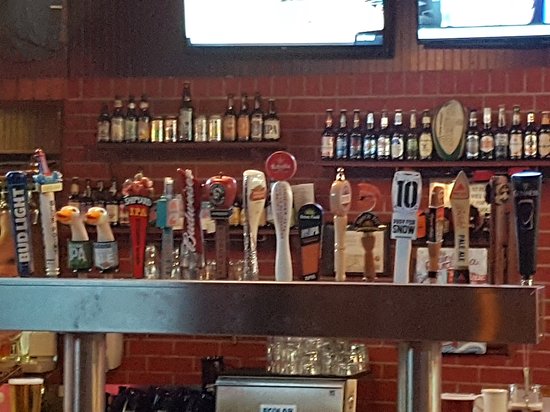 OMG! We went here from airport hotel a couple blocks away on 2/9/2018 for a bite to eat from traveling and cruising next day. We had to stand and wait for a table of people to leave as they have no waiting list etc. Finally got a table about 10 minutes later. The waiter was personable and said it may be a 40 minute wait for food. It was a Friday night and we did not mind and had a couple drinks, We saw the same scenario of others waiting to spot a table. This couple of four sit at the table in front us for 10 minutes and they get served our food to and they picked it up and ate the wings and my chicken tacos without hesitation. Then staff tried to take them back to our table.. against health standard.!!!! The man eating the wings commented oh these are good which flavor did you get? The restaurant had the audacity to charge us for our drinks. Needless to say as a nurse they will be reported to Miami Health Dept. DONT GO! order a pizza for your hotel room 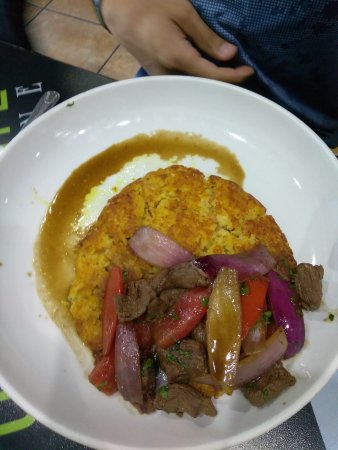 We drove by and saw it. Then, a friend told me about it and we decided to come !!!!!
We had causas, pulpo al oliva and ceviches!
Very well done and great service and family atmosphere !!!!! Thanks to Karin for great service
Next time around, for sure I’m visiting again !!! Very neat place, Nautical deco, near Miami River we guess. Menu it's great , we order my meal grill , the salad was great too. Service was wonderful, "D" took care of us and gave us the history of the rest., twice a year they have a buffet, for Easter and Mom' s day, call in advanced if you wish to go, I can't wait... They have an inside with A/C , hot summers, but some people like the outside, under cover roof... the other neat place it's below as you can see some numerous different plants... IF you are not from the area you will never know what are you missing, well recommended !!! 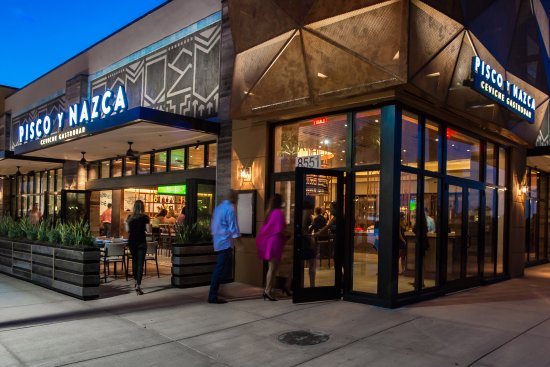 We embrace traditional Peruvian cuisine with our bold-flavored dishes, creative cocktails and a wide selection of local and crafted beers. We do not use MSG.

This restaurant was highly recommended by several employees at our hotel. Situated in a trendy neighbourhood, it was packed on a Thursday night at 8:30. We were seated at a very good table right away and received excellent service from Alexandra. She was very knowledgeable...MoreThank you for your visit. We appreciate very much that you took the time to write a review for us. Please come by soon again. 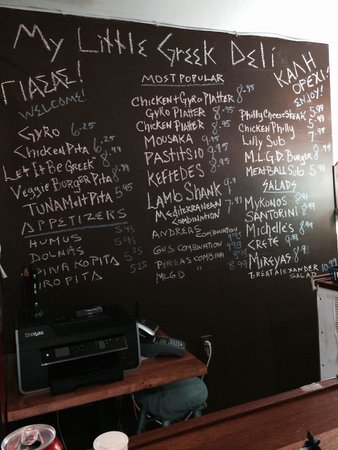 Great food, responsible prices, and wonderful people. We love Greek food and won't eat anywhere else when we go Greek.

One of the many things that makes Miami Springs the best place to live and raise yoyr family. Very proud to have My Little GREEK Deli in our hometown! 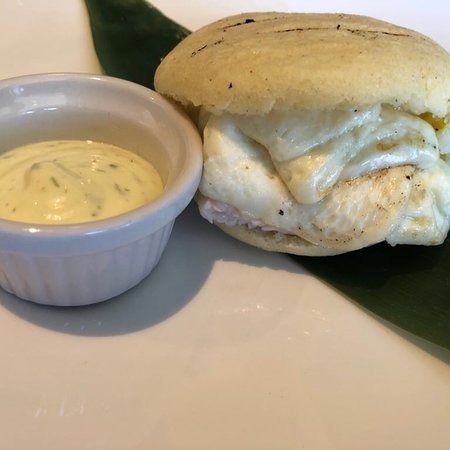 Miranda Cuisine & Bar features a sophisticated internationally inspired menu, infused with Miami&apos;s Latin flavor and complemented by a world-renowned wine list and signature cocktail menu. Besides a la carte menu, Miranda offers for lunch from Monday to Friday, a lunch express menu ideal for the business executive or for diners that wants to grab a quick bite during a busy day.

I had an amazing snapper with a glass of beautiful Californian chardonnay Cooper Canyon. Not cheap as came over 50$ but this is a standard in 4* near Miami airport. For me was enough but men would want to have a bit more.Dear Hanna L, Thank you for your feedback and positive review. We are glad that you enjoyed our food and atmosphere. We will be honored to have you back. Kind regards, Dunio Pozas - Restaurant Manager 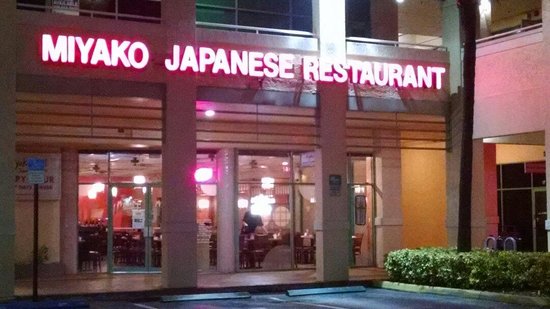 The best of Japanese and Peruvian cultures serving up high-quality Nikkei cuisine. Bringing together the delicate and refined Japanese cuisine with Peruvian freshness and spice. We welcome you to pull up to the bar for a dining experience you&apos;ll be thinking about for years.

This was my third visit in 2 years when on business in Miami. Somehow Miyako went from one of my fave sushi restaurants to just average.

They could not make my favorite roll for some reason. Then they did not have fatty tuna or mackerel. Hmm.

So I got their signature salad and 2 rolls my server recommended. The salad had an odd spicy, almost Thai tasting dressing. Not what I expected.

The rolls were huge and the fish pieces were chunky. All fresh I believe but the presentation was such that the roll slices were not easy to eat. They were good but nothing special. I did not finish them and I usually have no problem eating 2 rolls.

The service was painfully slow from a server standpoint. There were 3 servers for maybe 8 tables. I think part of the slowness was that each server had to prepare their own drinks and I noticed a fair amount of drinks being served.

I hope this was just an off night. I’ll have to try a different restaurant on my next trip. 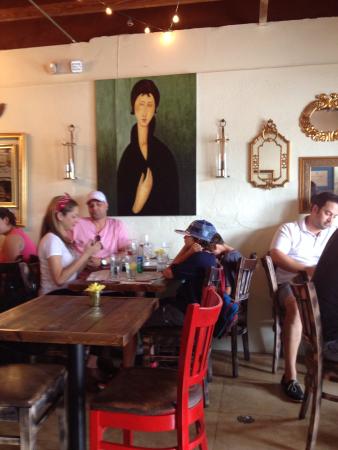 We went 7 family members an had a very nice dinner. A small restaurant with nice service and a relax ambiance.
To begin, we shared: baked vacherin, bacon wrapped dates and scargots. All, very good
Then, we tried the duck leg, pork chops, lamb chops. All, well prepared and acompanied by a couple of Joseph Drouhin Beaujolais.
We will come back.