Mason City is a city in and the county seat of Cerro Gordo County, Iowa, United States. The population was 28,079 in the 2010 census, a decline from 29,172 in the 2000 census. The Mason City Micropolitan Statistical Area includes all of Cerro Gordo and Worth counties. It is commonly referred to as the "River City", as the city grew up centered on the Winnebago River.
Things to do in Mason City

This fine dining experience combines the vintage appeal of early Prairie School design with a modern flair for cuisine. Try our formal or informal dining room, or perhaps an evening on the balcony suits your interests? We also have a Wine Room, and, by special arrangement, you and your guests can experience the Chef&apos;s Table.

Reviewed By Dana B

Had dinner and breakfast here while staying at the hotel. The mushroom risotto is outstanding and the spinach and goat cheese breakfast skillet was very satisfying. Order the breakfast skillet with the potatoes instead of the hash browns. Potatoes were cooked to perfection. Morning Bloody Mary was the best I’ve ever had A friend said they have great ice cream as we were walking by. We looked in the window and it looked completely empty. As we were walking away the proprietor came out after us to tell us about his new peach flavor. We had just had breakfast, so not in the mood for ice cream. But it did seem they were desperate for business. It is in a rather seedy part of town.

Above average service, very good coffee drinks. The interior was very clean and the employees were friendly. Pretty much what you'd expect from any other Starbucks :) 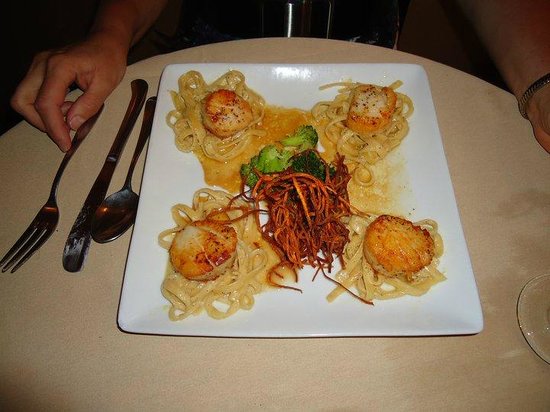 The Quarry hosted my husbands 30th class reunion on August 12th. They did a Tapas buffet that included Duck and filet on baguette, Spinach artichoke dip, Sweet and Spicy duck wings, Buffalo chicken wings, Lemon bars, Hoho bars and a couple other items. Everything was delicious, the atmosphere was amazing. The servers there were so helpful and John and Rachel the owners went above beyond.

birdsall ice cream is a step back in time- the original building with the old soda fountain style seating in addition to take away ice cream. Made on site- lots of innovative and traditional flavors. We just missed peach season which is their stand-out flavor but we loved it just the same. All the locals recommended this little steakhouse to come early. Boy, were they right! The line was forming before 5 p.m. when they opened, and it was busy all night. I was so glad we made a reservation, which is more like a window of time for you to arrive and then seating as tables open up. It's a small, quaint restaurant with friendly folks. They have a little waiting area upstairs with booths and tables. We didn't wait long, and everyone was really friendly offering us snack mix and drinks while we sat and chatted. We ordered the steak (of course) and it was completely delicious. One person at our table thought it was the best steak she had ever had. Slow cooked in butter, olive oil and their greek seasoning. We had the spaghetti side dish, because it seemed like we should try something because, well, "When in Rome..." and it had butter, parmesan, the juices from the steak mix and more greek seasoning. It was a really nice pairing, even though we thought at first it was a little odd as a choice. This is for a special evening out due to the prices, but we really enjoyed ourselves and were glad we tried it. 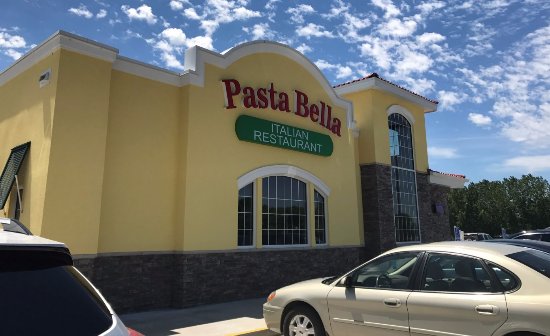 We stopped on a Saturday night while in town. The food was excellent. Very large portions, enough for lunch the next day. Service was very good. It was a little noisy but it was very busy and a homecoming night. We would definitely return if we're ever in the area again!

We are an Authentic Mexican Restaurant located at 3229 4th Street SW in Mason City, Iowa. Our services are second-to-none and we offer our customers: • A clean, comfortable dining atmosphere • Courteous, attentive staff that ensure you enjoy your visit • A wide selection of appetizers, dinners, vegetarian meals, a children&apos;s menu, desserts & more • A variety of beverages, including beers, wines, and mixed drinks • Carryout orders and gift certificates We also offer a variety of mouth watering appetizers, drinks and Mexican food dishes. Our restaurant is kid-friendly as well, offering a children&apos;s menu and specials. If you do not have time to dine in our comfortable restaurant environment, then call us for take- out at 641-424-3166. Las Palmas Mexican Restaurant offers gift certificates as well - ask your server! Looking for a good time? Las Palmas offers daily happy hour specials and a large party room that seats up to 40 people. Stop into Las Palmas for a &apos;south of the border&apos; meal that is sure to please!

This place is bigger than it looks. Fun spot to eat and drink. Huge menu! Choices of beef, chicken and shrimp dishes. Plenty of drinks to order. You receive chips and salsa right away. Waitstaff very friendly and efficient. Close walk from the Holiday Inn Express & Suites. 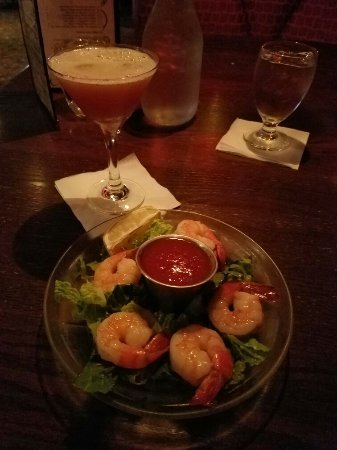 The Prime N Wine is a locally owned Steak House with Seafood and Greek Cuisine. The Prime N Wine opened in 1988 and is on its 2nd generation of owners who also grew up in Mason City Iowa.

We decided to take advantage of the early bird menu and we both ordered the salmon with dill sauce. The meal came with a generous tossed salad or a cup of soup, rolls, another side, baked potatoes for us, and the salmon. It was grilled and was very good. The light dill sauce was perfect - not overwhelming the taste of the fish. The service was fine. This is an older restaurant, but it was comfortable and homey. We enjoyed our meal very much.

Reviewed By Cris B

Taco Tico, an independent, long standing fast food Mexican restaurant in town, you never have to wait to long to order or to receive your food, love the little condiment bar to dress up any of the menu items. We have been customers for years and have never been disappointed.