Malvern is a borough in Chester County, Pennsylvania, United States. It is twenty-five miles (40 km) west of Philadelphia. The population was 2,998 at the 2010 census. The town is bordered by Paoli Pike on the south, Sugartown Road on the west, the Willistown Township on the east, and the East Whiteland Township on the north. It is south of US 30 and easily accessible to Route 202. The main road through the Borough is King Street, intersected by Warren Avenue. The Malvern ZIP code covers the Malvern Borough, and all or parts of East Whiteland, Charlestown, Willistown, East Goshen, East Pikeland, and Tredyffrin Townships. Malvern Borough is between Paoli on the east, and Immaculata University and Exton on the west. It is also a train stop on the SEPTA Paoli/Thorndale Line.
Things to do in Malvern 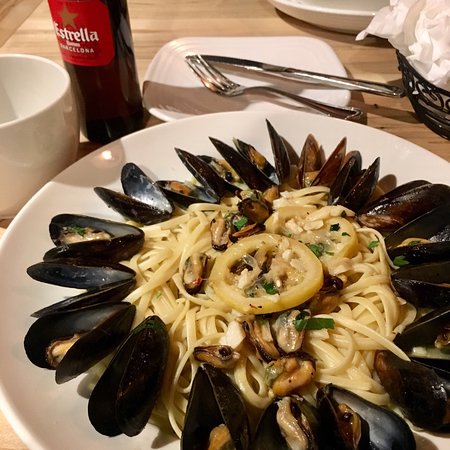 At Anthony&apos;s, nothing makes us happier than bringing people together through the warmth, comfort, and flavor of homemade Italian cuisine. With years of culinary experience and influences from the dishes of our family&apos;s heritage, we transport you from Malvern to the very streets of Italy. Our meals are always freshly prepared with only the best ingredients, and our warm, accommodating staff is here to ensure you feel right at home with us. Join us soon, indulge in fresh, familiar, delicious meals with friends and family, and let us share with you our love of all things food and hospitality!

We dined on a Tuesday night. Easy to get a table for four at 6:00. Great BYOB. Had my heart set on the eggplant parm but decided to try the eggplant special. Yummm!Last minute order changes can be a pleasant surprise, and it sounds like the Eggplant Special was just that! I'm happy you had such a nice dining experience, and we hope to see you again soon. -Anthony, Owner 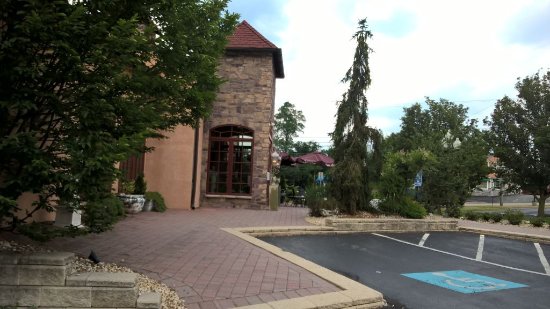 Went out on a Saturday night with friends. we have been to this restaurant many times and have never been disappointed. It was crowded but the food service and ambiance were as usual first class. We had chicken and pasta dishes. Prices were very reasonable as well. 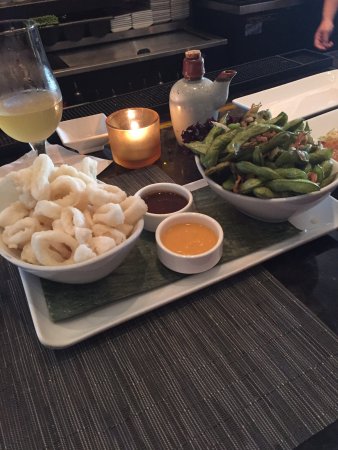 "Approach love and cooking with reckless abandon…" Dalai Lama.At Nectar, our love for cooking is deeply embedded in that belief.Nectar, a sensuous, sumptuous, savory experience, features the Asian-inspired-French-infused signature cuisine of star chef Patrick Feury.Nectar&apos;s eclectically creative menu offers the perfect amalgamation of classic French cooking with the freshest, finest, seasonal and sustainable ingredients. From wild Alaskan salmon to Arctic Char to grass-fed beef to free range poultry to locally grown, hand picked organic produce; Nectar is committed to selecting what is best for our patrons as well as our planet. Our dedication to quality is captured in our extensive collection of wines, craft beer and fresh nectar cocktails. We assiduously pair the varietal notes in our wines to consummately complement our aromatic dishes.Such attention to detail is also illustrated in Nectar&apos;s architectural combination of artistry and urban beauty. Designed by the New York-based David Rockwell Group, Nectar showcases a bi-level, stone structure with vaulted ceilings that give room to a towering 18-foot silk-screen Buddha. Resplendent in His robed repose, the Buddha&apos;s radiance is reflected in Nectar&apos;s impressive interior. The dining room&apos;s inviting ambiance of fiery orange glows and warm, lemon yellow and chocolate brown banquettes delivers a kindred spirit to Nectar&apos;s distinctive menu.

My friends have such good things to say about this restaurant. It has beautiful ambiance. We made reservations which was a good thing it looked busy. They have plenty of parking. We were seated right away but it took our server 15 min to get to us. When we spoke to us he was very curt and unwelcoming! I was surprised. We were seated in the round table near the corner. We started with drinks guava pomegranate martini, cranberry with vodka. The drinks were pretty delicious. We got shrimp tempura rolls and veggie rolls. The sushi was missing some key flavors. It was dry. We had chicken pad Thai and edamame dumplings. They were ok overall. The dessert was delicious. We got cinnamon ice cream, chocolate and mousse. It was a pleasant dinner overall. 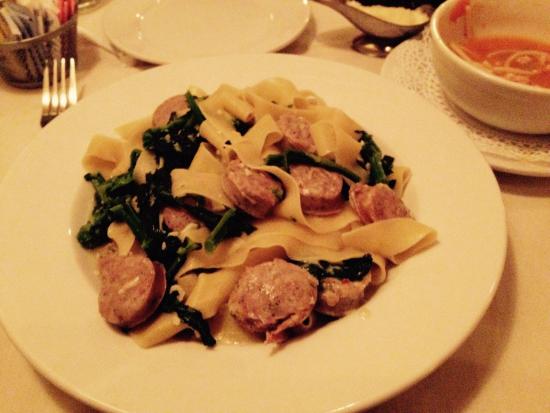 A GEM in Lincoln Court shopping center. Fresh, flavorful Italian. Loads of choices. Pasta Primavera with lots of veggies and a nice lighter sauce. Tonight was a fettucini pasta with baby shrimp in a blush wine sauce...huge portion, brought half home. Tons of fresh flavor. The bread with the carmelized onions is additive and the rolls are homemade. Staff is friendly and they know the menu. Items can be customized for you. DH enjoyed his chicken parm and they went light on the mozzarella just as he asked. BYOB. Do not miss this place!

We did a bit of research to select this restaurant and it was worth it. The menu was extensive, the food excellent and the prices relatively high. Certainly well worth it.

The waiter was new to the US and was very capable of communicating in broken English. 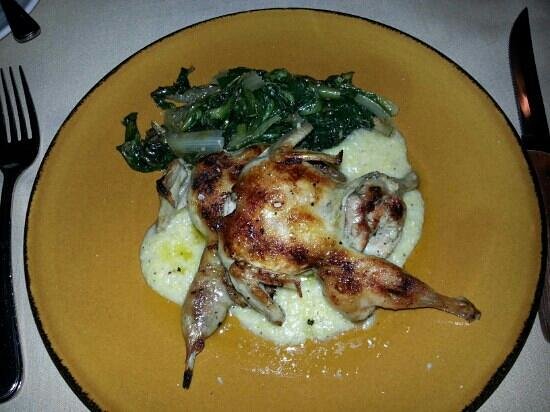 Not your ordinary "Italian" restaurant! Wonderful upscale offerings. Loved the grilled Caesar salad and my trout. My friend suckling pig was amazing.Thanks so much for the kind words!! The wood burning grill makes all the difference in both the salad and the trout, and that suckling pig...a house specialty! 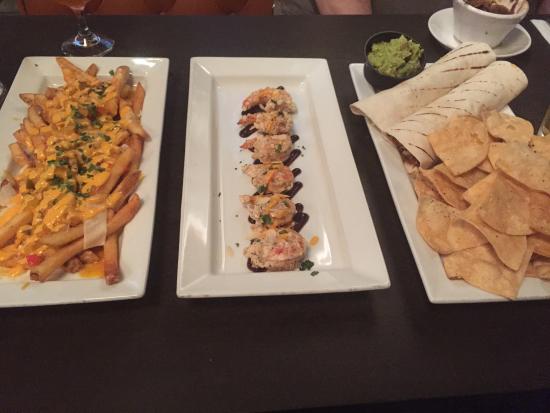 We were in the small shopping center where TJ's is located and decided to give it a try. We were not disappointed and will definitely return. The menu is interesting and had many items that sounded delish. Two of us decided to try the mac and cheese - OMG it was good! Another tried the burger and was equally happy. A warm apple cider bread pudding desert topped off the meal and was big enough for the three of us to split. I only give the rating of very good instead of excellent because it took quite a while for our food to be served - we weren't in any hurry so it was actually okay -
and we did not get our appetizer until we reminded the server and it was then brought out after our meals arrived. 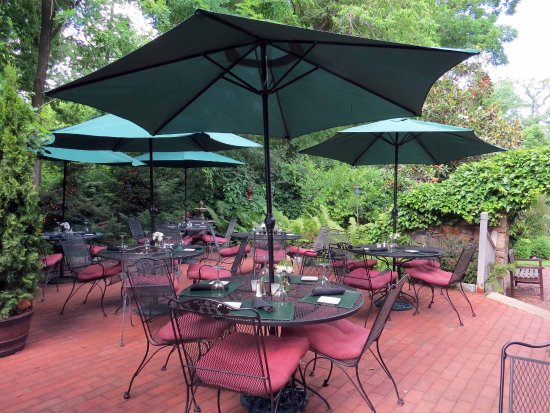 We came here for a celebration dinner. The staff were very attentive and the food was very good. The place has a nice atmosphere and many rooms so can accommodate a lot of guests. Having the Caesar salad made table side also provided a little unexpected entertainment.
A nice place for a leisurely dinner to celebrate a special occasion. 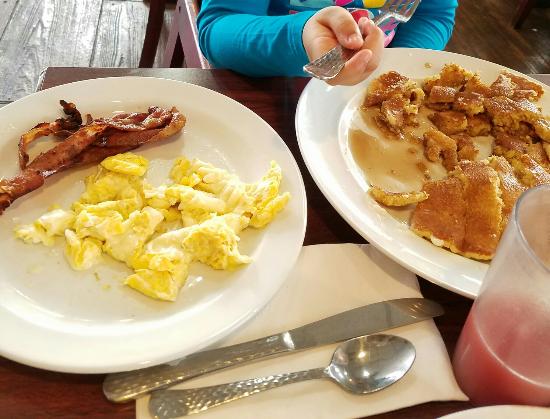 With an extensive menu, it's hard to choose what to get for breakfast. I ended up with the Pumpkin French Toast with cream cheese icing. It was good, but more like several generous slices of pumpkin bread that was grilled a little, although the cream cheese icing upgraded the dish. While good, the egg dishes that the rest in our group ordered looked even better. Next time, I'll try one of their Benedict options. We went on a Sunday morning, and my advice is to get here no later than 9:30. We got one of the last tables available, and when we left there was a substantial line waiting to be seated.

10. The Office Bar and Grille 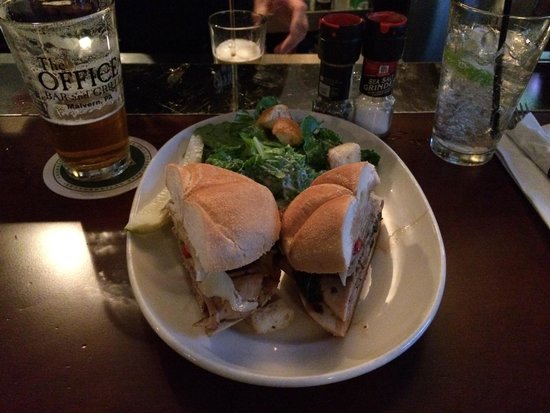