Knightdale is a town in Wake County, North Carolina, United States. As of the 2010 census, the population was 11,401. The U.S. Census Bureau estimates the town's population to be 13,291 as of July 1, 2013. Knightdale's population grew 10.4% from 2010-2012, making it the second fastest-growing community in the Research Triangle region for that time period.
Things to do in Knightdale 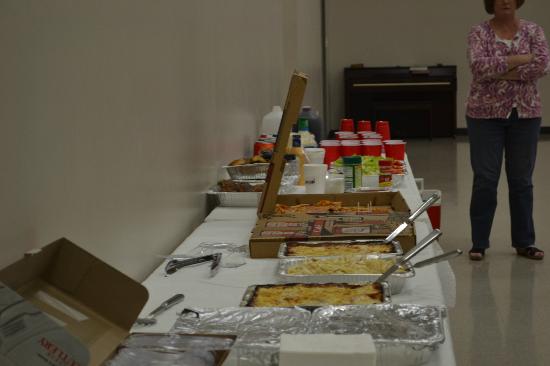 I have been going to Grand Street Pizza for the better part of five years and the quality has always been consistently high! You can buy by the slice or a whole pie. Pizza is their forte at Grand Street and I recommend the "Meat Lover's" if you are a true carnivore at heart. The Strombolis are also very fine. I grew up in New York and the pizzas available at Grand Street bring back fond memories of those great NYC pies!

My kids love this place. They go crazy over the different topping choices. Always neat and clean! The staff is helpful and friendly; eager to offer you sample spoons.

Great place to run in and grab a coffee in the morning. Usually not a long line during the week. The downside is they don't open until 8:00am. On the weekends expect a long line. 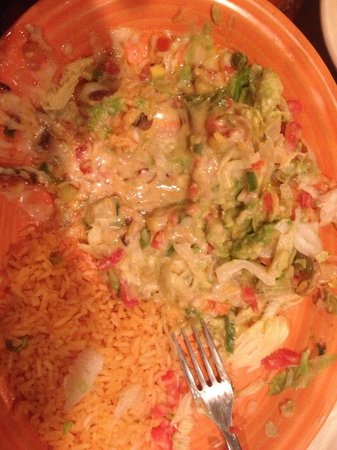 Reviewed By Joshua A

So, I guess it was ok. It is your basic Mexican fare. Nothing too excited. If you live in the area and you'd be better served to go to la Cocina. The flavors are better, the portions greater, etc. The server was a rather friendly fellow, though. Bear with me because this review is a little long! It starts off on a sour note but I promise, it gets better!

We live right down the street from Mike's and we were so excited when they first opened. We love to support small businesses so naturally we went a month or two after they first opened. It was so terrible. So soooo bad. Then you get the bill and you're silently crying on the inside because it's crazy expensive and you've made better chicken Parmesan in your own kitchen and you're not even that good of a cook. Plus the "bread" was pizza dough rolled and flattened into sticks, almost? It was terrible.

Well a few months later here I am browsing on the community page on Facebook. (Knightdale Community Information quite entertaining actually but that's another story.) Someone was absolutely raving about Mikes. I hopped on there and immediately questioned whether they actually have taste buds or what. Turns out, Mike's got a new chef and the food was now fabulous.

Then last night, after a lot of convincing, I got my husband and son into the truck and off we went on the long car ride of about 3 minutes to give Mike's another try. We pulled up and it's about 7:00 PM at this time and there's only two other parties. Started to get a bit nervous because I was starving and I get pretty hangry and I was worried our food was going to be inedible again.

Our waitress comes out (Claudia I think?) and she was wonderful. Very patient with my overly excited 5 year old who was so happy that he was going to be able to get pizza after I shot that idea down earlier in the day because we had just had pizza the night before. We placed our orders, husband ordered the Shrimp Scampi, the child obviously got pizza, and I ordered the cheese ravioli. (Yeah, yeah I know not very adventurous but I was still skeptical from our last visit.)
Out comes the bread and salads. It was actual BREAD! Warm, delicious, obviously not pizza crust. Bread! Sorry, I love bread. Then we get our entrees. My son's pizza was huge! He got it off the kids menu for about 5.50 and it was delicious. (Yes, I stole a bite!) My husband's Scampi was good too. There were at least 7 shrimp and they were huge. They were tasty as well. The dish did have a tad bit more lemon than my husband would have liked but overall it was still good for 14.99 it was really reasonable because of the giant shrimp he got on there.My cheese ravioli was amazing. The sauce that they were in was soooo good. It was a tomato cream sauce I believe. Anyway it was amazing and if I could I would take a gallon of that home to put on everything. My dish was 10.99 I believe.
The portion sizes were generous as well. Had I not been starving I definitely would have brought home some of my food. My husband and son took the rest of theirs home for lunch today.
When the bill came I didn't silently weep at the sight. It was $38.00(before tip) or somewhere around there. The food was amazing, the staff were awesome, I'd say this was a successful retry! Now that I'm writing this review, I'm seriously contemplating heading back for dinner tonight to try something more adventurous than the cheese ravioli, since clearly the new chef has got it down.
Definitely give them a try! Even if you've already been there and weren't impressed with their food (Like us.) I'm so glad we did. This new chef really helped turn this place around!

...or I'll quit stopping and... Naw- you know we'll be back. The food is good, the employees are bend-over-backwards nice, and this can be said of the entire chain! I just wish they would open on Sundays. (Not all of us customers thump bibles, ya know!) This is one of the best kept secrets of Knightdale! So quick to get seated, to get food and get out. The staff is always so friendly. They are very accommodating with anything you need. The prices are very reasonable and the food is very good. No more waiting for an hour at IHOP for a table, this place can seat you right now. 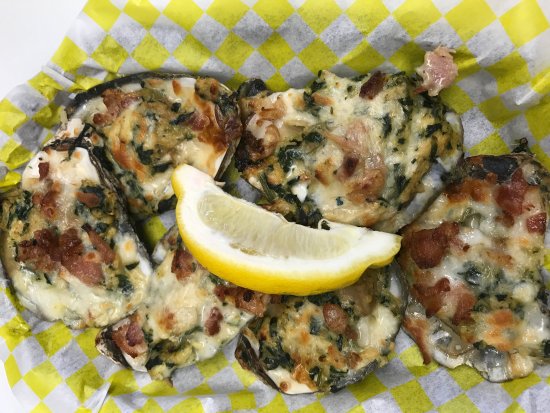 Have yet to be disappointed in any meal choice at A'Nets Catch - and we scarcely let a month go by without heading back for more. Last week I ventured to try the Fried Skate Wing, and found it to be ample, meaty and (sounds silly, I know) almost poultry-like in texture and taste. Surprisingly mild. My batch may have been in the fryer for a minute too long and the breading was pretty dark, but I really enjoyed the unique taste. The wife always opts for fried shrimp, and they are always lightly breaded, tender and succulent - perhaps the best in town. The sauces (add $.50 per additional) are terrific, from tartar to Bang sauce - well worth the addition. Onion rings are a must. Cole slaw isn't my style, and the cornbread is not sweet enough for my taste......but I'm not there for the sides. I've had the trout, flounder and cod in previous trips, and been pleased with the prep, the freshness and the volume, even in a lunch special offering. My one complaint is that there are a mere 5 booth tables in this small strip retail seafood market, so seating is a premium. Two picnic tables out front help in warmer weather - but you may have seating difficulty at the peak hours. But don't let that discourage - A'Nets Catch is very good seafood whether dining in or buying for home dining. Highly recommend. 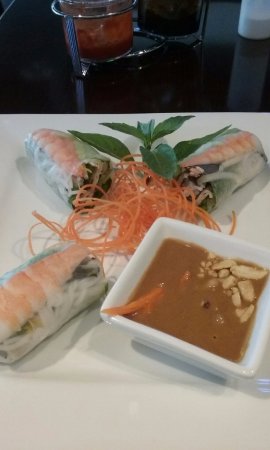 I was quite pleasantly surprised to find this gem in Knightdale, home of endless chain restaurants.
The food is excellent, served quickly, and the portion sizes are quite generous. I always have leftovers for lunch the next day. My favorite is the lemongrass beef noodle bowl.
The servers are friendly, efficient, and always happy to accommodate a special request. This restaurant definitely has some of the better waitstaff in eastern Wake county!

Craving fresh-never-frozen-burgers, premium sliced cheesesteaks piled high on steamed hoagies, and creamy frozen custard made in-house, right in front of you? You&apos;re in the right spot. Hwy 55 Burgers, Shakes & Fries has brought a fresh, All-American diner experience since its start in 1991. With its open-grill design, the kitchen&apos;s dedication and care when hand-crafting meals is front and center. So come join us at Hwy 55 in Knightdale! We&apos;re excited to see you.

We love the Cheesesteak Combo, either with fries or the golden onion rings. This is one of the very best operated Hwy 55's, which used to be known as Andy's Cheesesteaks.

The burgers are tasty as well and Heather and all the other workers are great. The cooking staff rocks!