Top Things to do in Kingston

Kingston is a city in and the county seat of Ulster County, New York, United States. It is 91 miles (146 km) north of New York City and 59 miles (95 km) south of Albany. It became New York's first capital in 1777, and was burned by the British on October 13, 1777, after the Battles of Saratoga. In the 19th century, the city became an important transport hub after the discovery of natural cement in the region, and had both railroad and canal connections. Passenger rail service has since ceased, and many of the older buildings are part of three historic districts, such as the Stockade District uptown, the Midtown Neighborhood Broadway Corridor, and the Rondout-West Strand Historic District downtown.
Things to do in Kingston 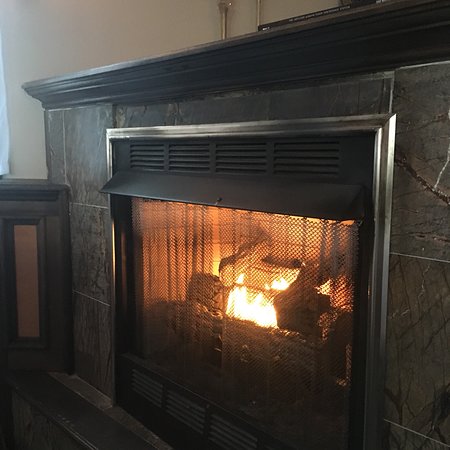 Found using Google's search for restaurants nearby after a day of house hunting. Very friendly greeting and cordial service by Kristi. Had the daily burger special in the bar. Prepared perfectly and quite tasty. House salad and dressing of raspberry vinaigrette tasty. Would certainly come back for the attractive entre's. 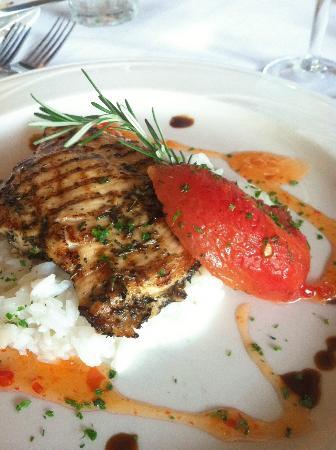 Had dinner here last night. This is an outright exceptional restaurant. A complete French experience. I would put it in the top 5 restaurants I have dined in this year. Bread was perfect. Great crust on the outside, chewy and delicious on the inside. Lamb shank was among the best I have ever had period! Bordeaux was crisp and light complimenting rich and savory lamb while providing continuity with the sweet raisin Demi. The lemon tart I could eat for 3 meals. Sweet lemon curd with a welcomingly naughty bite that resulted in a perfect balance. The shortbread crust offered a nutty undertone and discreetly did its part while offering texture to the dessert. Dan the server was professional and on point, as was the remainder of the service team. As I was leaving, a beautiful French woman Grabbed me, kissed me on both cheeks and wish to be an appropriate Bonsoir! Truly exceptional! 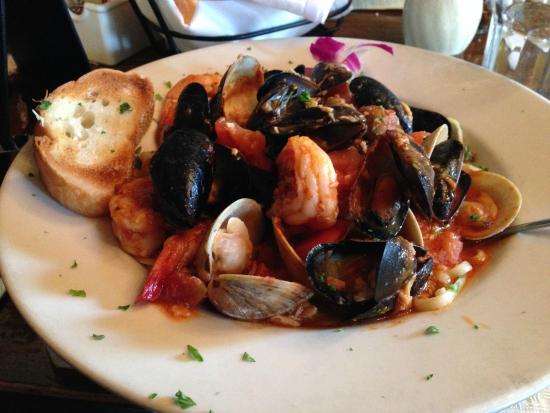 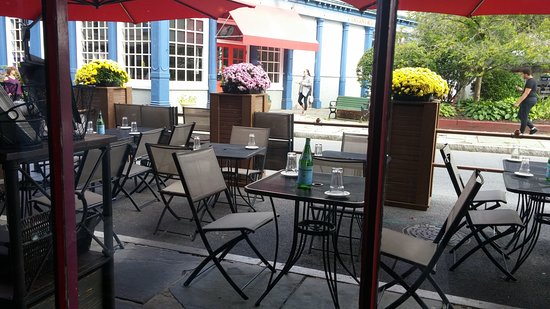 We stopped here after visiting in the Hudson River Maritime Museum which is within walking distance. The restaurant is located on a tiny side street with a limited view of the water. There is also a small outdoor seating area.

We had drinks, appetizers (Mussels) 2 entrees, cappucinno and 1 dessert. Total was less than $100.

Our waiter was very polite and attentive. Restaurant was clean and pleasant. 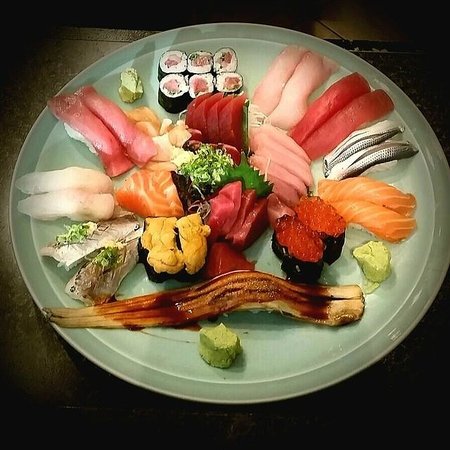 Not only are the Sushi dishes at SushiMakio scrumptious on the palate, but each plate is beautifully crafted and presented as edible artwork. This is not your run of the mill fish; the seafood leaving Idesako&apos;s kitchen is a study in perfect seasoning, aged just so, brining out subtle textures and flavors you won&apos;t find from careless preparation. We invite you to experience the difference. Visit Executive Sushi Chef Makio Idesako at SushiMakio and sample the delicious offerings that he prepares six days a week for dinner. Call in advance to reserve your seat at the Sushi Bar for an Omakase experience ($55pp -7 Courses, $65pp 8 Courses, $75pp 10 Courses) and Makio will craft a personal sushi adventure tailored to your tastes. Sushi Master Makio Idesako came to New York in 1972 after 10 years of intensive training in Satsuma and Tokyo, Japan to pursue his dream of opening a restaurant in the United States. Sushi had only breached the shores of California a mere decade prior in 1964, when Chef Mashita of the Tokyo Kaikan restaurant in Los Angeles created the first "California Roll." Not yet the cultural phenomenon ubiquitous in strip malls across the country, Sushi was practiced only by master technicians in their stark temple-like kitchens of buddhist simplicity. A knife, the fish, and the hands of a master were the traditional Japanese ingredients upon which Modern American Sushi built it&apos;s own identity. Chef Makio honed his craft with fellow visionaries at Manhattan&apos;s Tokubei 86 and the French-Fusion Cafe Seiyoken before realizing his dream with the opening of Satsuma-Ya Japanese Restaurant in 1989. This family business was the talk of Mamaroneck, NY for over a decade, and Mike, as regulars at Satsuma started to call him, was often praised by patrons and press for his meticulous craftsmanship and artistic flair. Satsuma-Ya was a reflection of Mike&apos;s roots in the Kogoshima Prefecture (formerly Satsuma) where he was raised and began his culinary career at the age of 19. Great Sushi is informed by Japan&apos;s rich cultural appreciation for aesthetics and balance. The arts of ike-bana (flower arranging), origami (artistic paper folding), ukiyo-e (woodblock printing), kabuki (classical dance drama), bonsai (topiary sculpture) and other Japanese cultural institutions can be found reflected on the plate. From Manhattan to Westchester, Poughkeepsie to Long Island, Makio has been infused with New York "Chutzpah" without loosing sense of his roots. Satisfied with his accomplishments, Idesako had closed Satsuma&apos;s doors in 2005 for a brief retirement when he received a call from John Novi, chef/owner of the DePuy Canal House in High Falls, NY. Hailed by Time Magazine as "The Father of New American Cooking," Novi&apos;s successful fine dining bistro was lacking the essential flavor of Sushi. Turning to his friend Makio, together they created Amici Sushi, and the public immediately took notice. It was at Amici that Makio perfected his Omakase - A style of Sushi service where the patron entrusts the Chef to curate an innovative selection of hand picked dishes. Omakase is likened to an artistic performance, highlighting the Chef&apos;s mastery of technique, fish selection and palate as offerings transition from delicate to bold over as many as ten courses. With the success of Amici came the opportunity to migrate to Bull & Buddha, a massive undertaking by restauranteur Jacob Frydman. Makio brought his skills to this upscale Poughkeepsie restaurant, and continued to receive high praise for his sushi, especially the Omakase. With momentum at his back and a world of innovation ahead, Makio left the Bull & Buddha to take on a new vision at SushiMakio.

This little sushi shop in a somewhat out-of-the-way small strip mall near the Kingston-Town of Ulster border is worth the drive and search. Fresh, delectable sushi, great nightly specials and outstanding service make for a lovely evening of dining. A nice selection of sake and wine complement the food. One night I'm going to call in advance for the omakase menu, which requires at least 24-hours' notice. Don't let the not-so-fancy decor fool you, this is one of the best sushi restaurants in the Hudson Valley. The price may be higher that others locally, but this is an instance of you get what you pay for. Reservations are strongly encouraged. We had a very good dinner here the last time we visited Kingston, so we returned. Enjoyed their lentil soup and sharing their Kale salad and Rigatoni Arabiatta. All went well with a glass of their Montepulciano. Brownie for dessert was a little skimpy, but...MoreHi & Happy New Year! Thank you for your review! I'll be sure to increase the serving size of our delicious home made brownies! Bridget 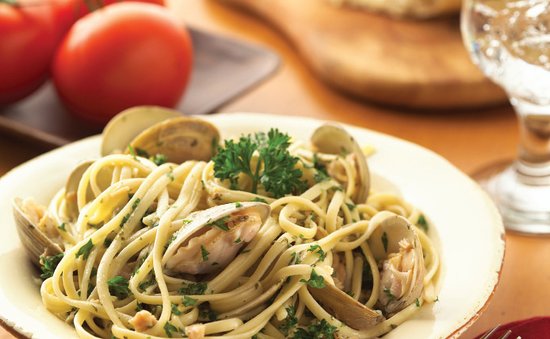 The people were over the top, the décor was warm and welcoming. Now work on your food. I had Chicken Parm. the gravy and cheese were ok, the chicken was like shoe leather. The rest of the meal was marginal with the exception of the Cannoli that was good. I doubt that I will return. 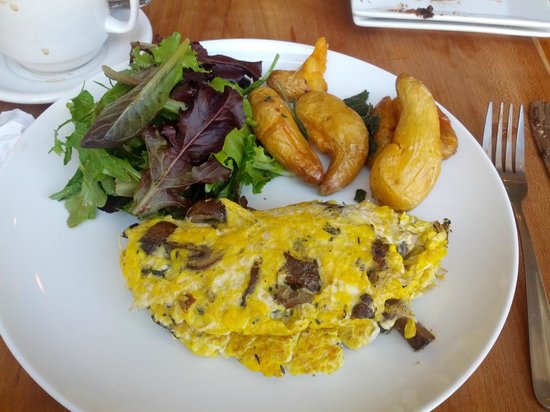 We went here with some and we were really looking forward to a great night out. Unfortunately we left disappointed. We started with drinks at the bar which ended up being the highlight of the evening. Bartender was great, very friendly and she made some great drinks. She had dry ice and added it to a few drinks which was a nice twist. For dinner we started with the nose nosh and it was very good. For dinner we had the chicken, which was good, nothing fabulous. The gnocchi was good but a very small portion for a dinner entre. Two of us had the steak and we specially asked for medium rare. We even asked if it normally comes more well done we want it rare. The waiters comment "I'm friends with the chef and he cooks it perfectly!". Almost like it was an insult to even question it. We get our steak, guess what? No pink at all, pretty much well done. Very disappointed. My wife sent hers back so naturally she ate alone after we were done. Even the second serving was overcooked. Thankfully they did not charge us for it. This place has a lot of potential but for us they really missed the mark. 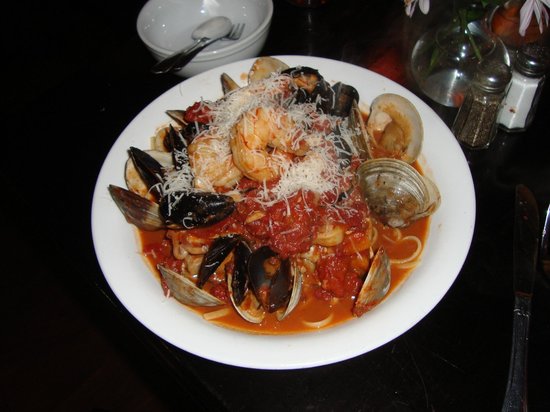 Had a very nice lunch with another couple who recommended this restaurant. The menu is not too extensive and has many of the standard Italian dishes. Everything we ordered tasted delicious. Service was maybe a tad too attentive (it wasn't that busy during Sunday lunch) but very friendly and professional. 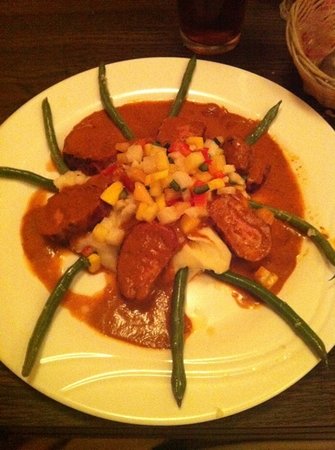 Modern Mexican featuring both traditional and innovative Fresh, made on premise food (even the chips and salsas). Grilled seafood and fajita steaks plus shrimp stuffed jalapenos are specialties. Burritos are filled with flavorful ingredients. A good selection of both Vegetarian and Vegan items available plus gluten free options. Over 30 years of serving great food and margaritas. We are small, friendly and delicious. Outdoor bluestone awning covered flower filled patio is seasonal and dog friendly.

A great place to eat both indoor and outdoor seating! Great food, large portions at a good price! The owner comes to every table to make sure things are as expected. Very fun place.