Top Things to do in Frankfurt

There’s plenty to see and do in this 2,000-year-old German city. The gothic Saint Bartholomeus Cathedral is a perseverant structure, having been destroyed and rebuilt twice since its 14th century construction. Catch a screening at the German Film Museum, stroll the exhibit halls of one of Frankfurt’s many galleries, or climb to the top of the Main Tower for sweeping 360-degree views of the city.
Things to do in Frankfurt 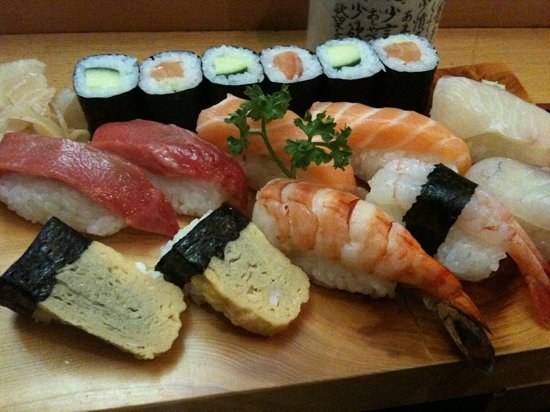 Very small typical Japanese layout restaurant. Serves excellently prepared fresh Sushi and Sashimi, but also other brilliant authentic Japanese dishes. This is a must visit for us every time we are in the Rhein-Main area. You definitely need to book in advance. My favourite are the oysters when in season. 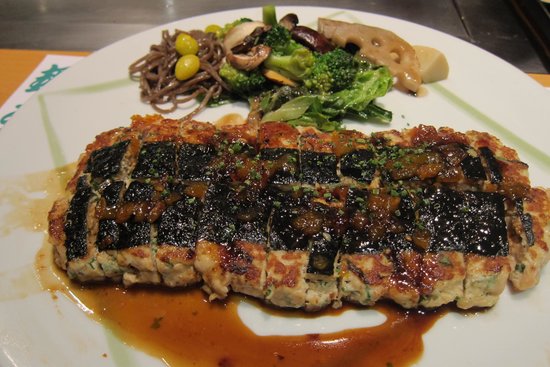 The food was indeed extraordinary, and the show...what should I say. However, the fact that we were 8, everybody ordered something different, there were so many ingredients and everything was served simultaneously led to some less than hot meat on our plates...Service was very good, prices on the high end. 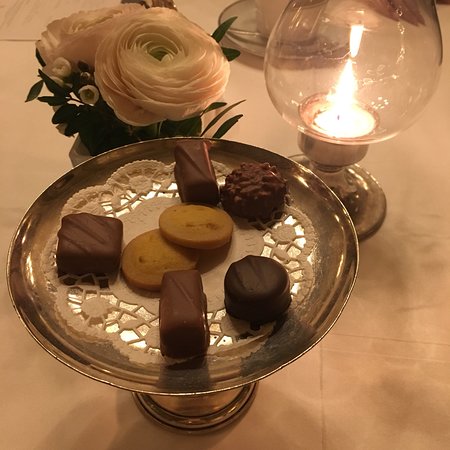 For connoisseurs, our Restaurant Sèvres is one of the city’s finest venues. A gift from the tsarist era gave the restaurant its name: An exclusive exhibition of Sèvres porcelain from one of the most important European producers. It was designed by Jean-Pierre Feuillet, the most renowned porcelain painter of its time. Its eye catching decoration at the restaurant stands for the historical ambiance in the hotel. Roland Füssel is the Executive Chef of the Grandhotel Hessischer Hof. His cuisine is modern, light and refined. With the highest quality and regional, organic products he creates experiences inspired by the Asian, South American and Classic European cuisine. Our Restaurant Manager Dormagoj Gabar and his team celebrate a classical dining experience with a personalized service approach. Their extensive wine knowledge will inspire you to you choose from a grand and international selection of more than 300 wines. These exclusive beverages range from renowned vintage wines as well as from our on-site vineyards Prinz von Hessen. We wish you a delightful dinner and memorable moments in our Restaurant Sèvres.

Living here for over 20 years, I didn't know that the Hessischer Hof hotel hosts such gourmet jewel. Flawless service, a great French inspired cuisine, inspiring menu and great wines. The price actually is pretty ok for the standard of this venue. 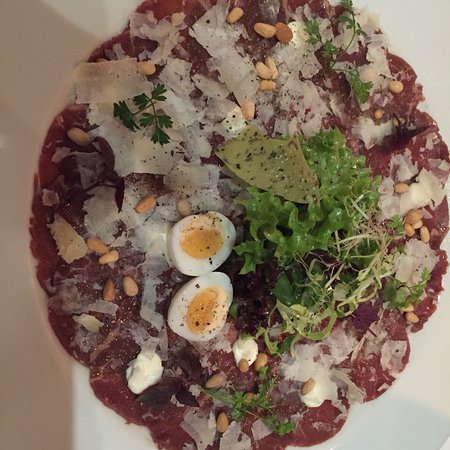 Reviewed By Stalex24 - Amsterdam, The Netherlands

The restaurant isn't very big and tables could be considered fairly close. However, the atmosphere is good and decoration stylish. Service is good, although the German of the staff is quite fast spoken. They will switch to English without problem, though.
The menu is interesting and the wine menu is excellent.The flammkuchen is very tasty. All dishes are presented beautifully and portions are very well sized. 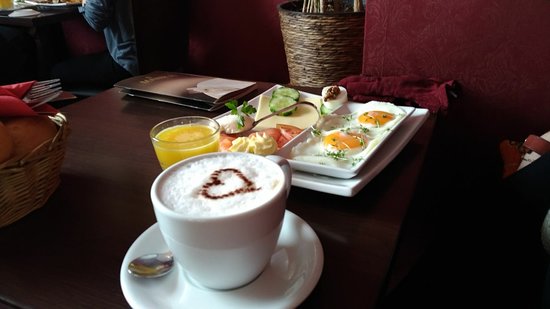 Looking for a stylish cafe with a direct view of Main? Then we would like to extend a warm welcome to a delicious gourmet breakfast or a powerful espresso with a piece of self-brewed tiramisu. We gladly offer freshly prepared dishes, salads and snacks for in between. Enjoy your evening with a glass of wine and get them to move out of the passing cruise ships in the holiday mood. Plan to spend with your colleagues or friends together a leisurely afternoon or evening with us? We have room for up to 40 people and ask you for also like a menu together. Even if you want to make someone a little treat, we keep vouchers for you, you give it out a dinner for two or a sweet "coffee party". We, the Mainkai CAFE - BISTRO team are looking forward to your visit!

This was the first place we ate in Frankfurt based on TripAdvisor reviews.
We both got the Chicken schnitzel, as it was called on the menu but when it came it was not the breaded schnitzel I was expecting. It was also Not piping hot so we had to eat fast. There were 2 different sauces on plate (mushroom sauce for the schnitzel and the salad dressing) and these merged which was not exactly great.
However I’m only removing 1 star from the review for all this ad the food is Good value and it is Tasty food. 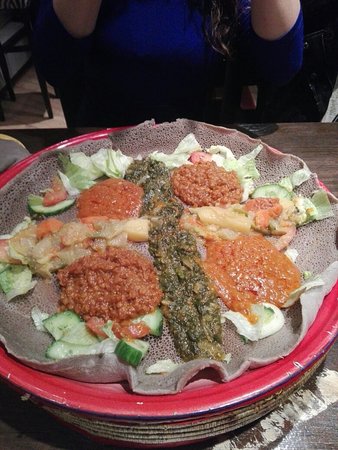 It was a Monday night, and all tables reserved, but as were early and would be out before the reservation, we were welcomed in and had the choices explained (and the history as the first African restaurant in Germany). Designed to be eaten with the fingers (but with forks provided) it's Eritrean food, and delicious. Interesting drinks choice (the Nigerian Guinness) and all very atmospheric. It seemed good value with the main course from around €12. 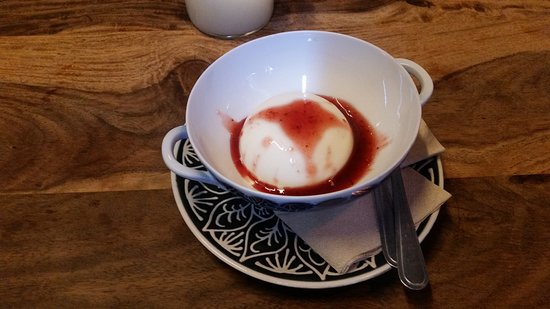 We had some rather tasty soups at this very good Japanese in Frankfurt. The soups were beautiful seasoned to ensure sensational fresh, natural and authentic flavours. The ingredients used for the soups were so natural it almost felt as though we were tasting Japan and the wonderful, fresh aromas felt as though Japan was in the air. Overall it was a highly enjoyable experience in nice comfortable environment. 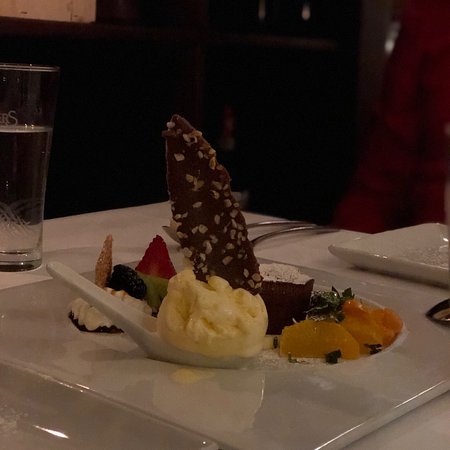 Greek restaurants in abroad are not really genuine, as they are mostly offering souvlaki and meat, while Greek cuisine is an unique combination of veges, meat, herbs and pies. Ariston differs than other Greek restaurants, nevertheless this differentiation is overpriced, non logically and rationally if you consider that all what Ariston managed to do is to reach genuinely the typical quality and recipies of a traditional Greek taverna in home turf. This quality though costs the half and in a place like Frankfurt gastronomy quality is relatively mid tier priced. I appreciate among others the service and place but again it's for the pockets of fewer as pricing is disportional to the offer. 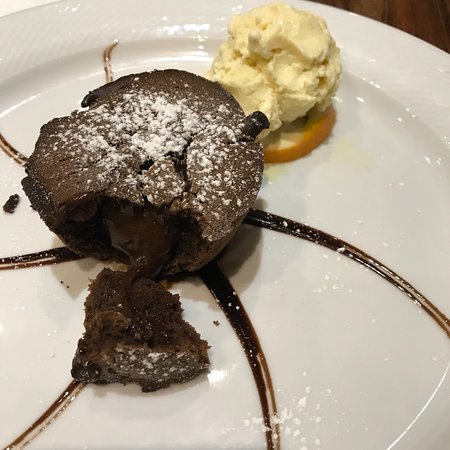 Reviewed By jong a

The waiter was really kind and funny. We ordered four pasta and one pizza as an appetizer. Everything was really delicious and fresh. This is the best Italian food I ever had. 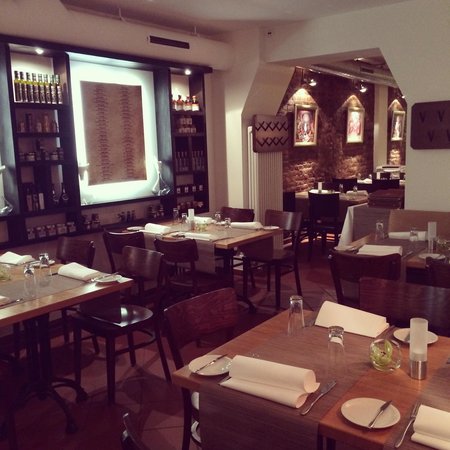 I had booked a few tables for our team during a congress. There were some last minute changes, but the owner was great in accomodating our group.
Both my colleagues and myself loved the restaurant. The food was fantastic and the hostess/owner was really nice. Go in hungry, because you will want to try everything and the portions are quite big!
I will definitely keep this restaurant in mind for future visits in Frankfurt!