Reviews on British food in Chesterfield, England, United Kingdom. Chesterfield is a market town and borough in Derbyshire, England. It lies 24 miles (39 km) north of Derby and 11 miles (18 km) south of Sheffield at the confluence of the rivers Rother and Hipper. Including Whittington, Brimington and Staveley it had a population of about 103,800 in 2011, making it the second largest town in the ceremonial county after Derby. Archaeologists trace it back to a Roman fort built in the 1st century AD, but soon abandoned. Later an Anglo-Saxon village developed. The name derives from the Old English ceaster (a Roman fort) and feld (grazing land). It has a street market of some 250 stalls three days a week. The town sits on a coalfield, which was economically important until the 1980s. Little visual evidence of mining remains. The best-known landmark is the Church of St Mary and All Saints with its crooked spire, originally built in the 14th century.
Things to do in Chesterfield

Rose and crown is in the heart of the village and has got the character and cosy feeling of a local village pub serving proper homemade hearty food for all the family. It also has a good selection of wines and beers. Reservations are advisable to avoid di

Nice pub, conveniently located just off J30 on the M1. Does an excellent Sunday Carvery. Their house beer is also quite nice.Staff seem nice too and I've been there on many occasions. Dropped 1 point because we and a few other people arrived fairly near to end of service (table was booked for then) and found they were nearly out of meat just turkey and a little pork left. People after us had no choice, and some veg were out but they were not keen to restock at that time. (I don't blame them but it seemed a little misjudged).Overall, still very happy, and will definitely be back.

The best pub in Derbyshire

A colleague and I had dinner here whilst stating in town on business. Itâs lovely little traditional pub, with friendly staff and a great selection of beers (including real ales). The food was fantastic too, evidenced by the fact that only two tables werenât reserved on a Tuesday night!

The Bulls Head is the perfect place for a relaxing drink, meal or get away in the peak district. We pride ourselves on serving fresh homemade food sourced from local suppliers and outstanding service in beautiful surroundings. We offer a fantastic range o

An English country pup with food the holds its own with any other. The surroundings are pleasant with separate niches to sit in despite the general open plan.We have been before and will be back we have friends coming from away and this is where we will be coming for our traditional meal out. Already booked. This visit we had the Fetta cheese and red onion open pie and the liver and mash. It was excellent. Service with a smile a good experience all round. Our meals were in the two for Â£12 offer, now this good food at a far greater price but Â£6 a plate for this quality has to be one of the very best offers around. Access is good car park is at the rear. Enjoyed out meals here. TomThanks very much for your review and comments. Hope to see you again soon. Mark

7. The Peacock at Barlow 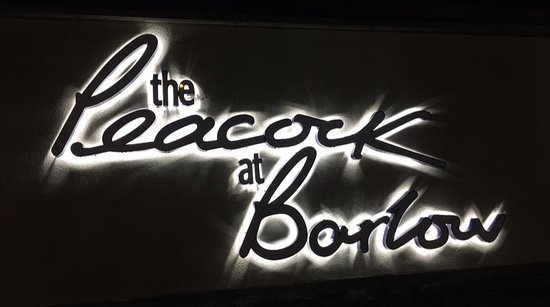 Drink : Eat : Sleep The essence of our pub is a place where people can drink, eat and sleep, with tasty food, great ales and beautiful bedrooms. We have a simple and straightforward method of service; all drinks are from the bar and if youâre planning to

Enjoyed coffee mornings sat outside in the hot sunshine this summer, so relaxing with fabulous views. The breakfasts looked very appetising.Hi JosieThank you for your review. It is great to hear how much you enjoyed your visits though the summer. You should definitely give our Breakfast a try, they are delicious. We look forward to your return.Kind RegardsThe Peacock at Barlow Team 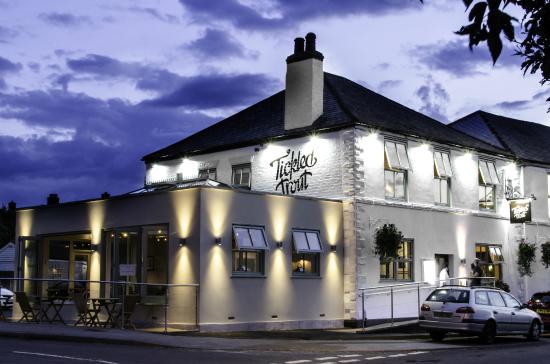 "Deliciously Derbyshire." Being proud of Derbyshire we use the finest locally sourced ingredients to create delicious food. Visitors to the Tickled Trout in Barlow are guaranteed a warm welcome, relaxed surroundings and a great choice of top-notch food. I

Visited the Tickled Trout as part of a large party. From the outset the staff were very friendly and personable and coped without difficulty in serving all our group on time with delicious food. Food has an Italian influence and is imaginative, flavoursome and utilises local and British produce. I had the Tickled Trout main course which was particularly tasty.As Iâm not from the area, I stayed overnight in the Little Trout cottage which is next door and run by the owners. Lovely place, tastefully decorated, clean and warm with thoughtful touches.Would thoroughly recommend.Thank you for writing such a great review for us! I am pleased you enjoyed staying and dining with us, it is handy having accommodation next door! I hope if you are in the area again you will call in and see usBest wishesChris 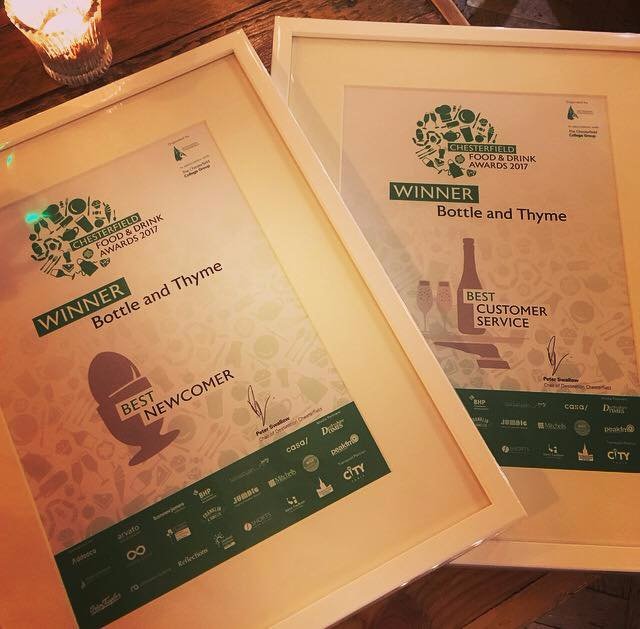 What started as a team of two with a big idea has grown into a family-run, independent business with a team of brilliant people who are passionate about what they do and serve. A love for good quality, tasty, honest food and drink in a relaxed and happy a

Just visited this restaurant this afternoon with my Wife, prior to going to the Theatre.First impressions were very good and we were offered a table.The drinks came out quickly and we ordered the Tapas selection.The food was first class, well presented and sensibly priced.Overall first class and friendly staffMany thanks.

Visited on a sunday lunch time,normally full but only 2 other tables in at this time,service was very slow and not as friendly as normal,menu after brunch items was quite limited,when our order came it was not up to the normal standars presentation was lacklustre,not as tasty as normal either,we bought 3 family members here after raving to them about the lillypad,2 of them chose the rueban sandwich when they cames they looked like a toasted sarnie made at home neither were impressed with the flavour I tried it as well it was tasteless apart from mustard we were all disappointed myself more so for bringing family who weren't impressed after my glowing reports,hopefully it was just a 1 of blip.

3. Stephensons Tea And Coffee House including Bed and Breakfast. 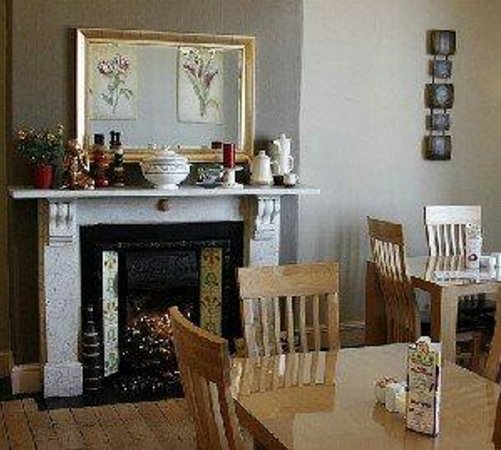 Food Hygiene 5 stars Stephensons Tea and Coffee House is situated in a splendid Victorian building adjacent to the famous Crooked Spire Church. The contemporary tea rooms are light and airy with views across town. First class drinks and coffees are made b

We had a lovely lunch and a lovely piece of cake!!!! The service was first class, friendly and really welcoming.The food was first class and I canât even say how good the chocolate Guinness cake was!!! Clean, tidy and friendly......HIGHLY RECOMMEND!!! 10 stars if I could.Many many thanks for your lovely review following your recent visit to Chesterfield and to Stephensons!I am delighted you enjoyed lunch and cake too.....all of our cakes are hand made by us on the premises ( and much more too!). Chocolate and Guinness is a firm favourite of many. Hopefully you will be in the area again soon, and be able to call in again. Claire - owner. 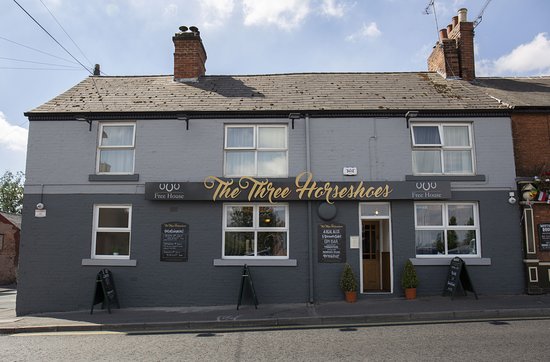 After visiting family in Clay Cross and reading the good reviews we decided to try this place. As we were not sure what time we could go we did not book. To be fair they found us a table within the bar area as they were fully booked even at around 5pm when we arrived. Our order was taken quite quickly but after 20 mins we were asked to move as we had been given a reserved table. There was also three guys in the bar area using constant bad language and shouting even though there was children but none of the staff asked them to stop.The food arrived after 30 mins and for the price we paid was excellent and great value. Once we had finished, our plates were not taken away and we had to ask to pay the bill and the lady never bothered to come back with a card machine.in the end we had to go to the bar to pay. Overall great food but let down by the staff on this occasion.Weâre sorry to hear the couple of issues you had on your visit. We do ask the bar staff to advise customers about language and so we will make sure we remind them if this!

10 Things to Do in Chesterfield That You Shouldn't Miss 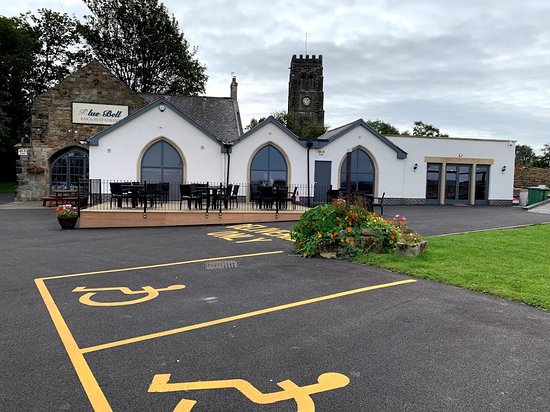 I have already rated excellent and still do. However, having dined here five times in the last couple of months, I can now comment on some of the dishes.The sizzlers, lasagne, gammon, ham and eggs, salmon and poached fish are all superb.On a personal note-Great battered cod but still had skin on.The steak pie was a casserole with a lid of fragile pastry that shattered when you tried to put your fork in it. Otherwise very tasty.The Gumbo pepperpot to me was an expensive bowl of leftovers from other items on the menu.A bigger specials board would be good as then you don't always know what you're having before you get there.On a very personal note-they don't stock newcastle brown.Hi there, Thanks so much for your review, we're glad you enjoyed us enough to pop back so many times! We hope we can continue to allow you to try more of our dishes and find some more that do suit! It is often very interesting to hear different opinions on our dishes. Next week we will be changing our menu for our more autumnal selection, so we hope you will come again to try this menu too. Just for any future reference: We are always more than happy to take the skin off your fish and chips, please mention it next time. We take your note about the pies and are actually changing to a new recipe for the pie, it will be an all encompassed pie next time! And we just so happen to be taking the Gumbo off! - So I hope we have solved all the dishes that don't quite suit. We look forward to seeing you again in the future, Many Thanks! Olivia.

Where to eat Bar food in Chesterfield: The Best Restaurants and Bars