Top Things to do in Crestwood

Crestwood is a village in Cook County, Illinois, United States. The population was 10,950 at the 2010 census. Crestwood has been cited as a success story by proponents of low taxes and minimal government, but in April 2009, the Chicago Tribune revealed that Crestwood's low taxes were due to illegally saving money on its water bills by secretly supplementing its drinking water from a well that was contaminated with toxic chemicals. "Officials in the south suburb had pumped tainted water to residents for more than two decades to avoid the cost of fixing leaky water mains."
Things to do in Crestwood 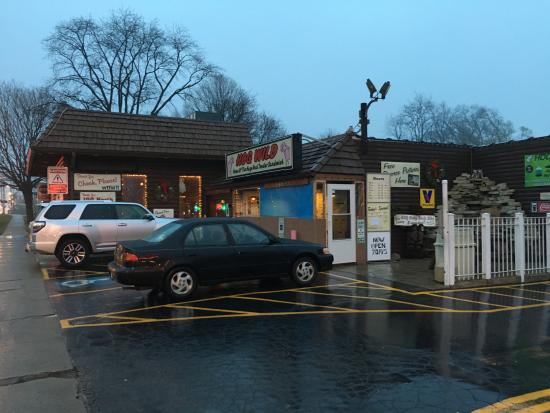 We have eaten her on many occasions, mostly take out, but this place is AWESOME. Parking lot does get super busy, but food is definitely worth it. Best pork chops and portabella mushroom sandwich, they offer great sides, speedy, homemade service with large portions. You won't leave hungry & atmosphere is very fitting. 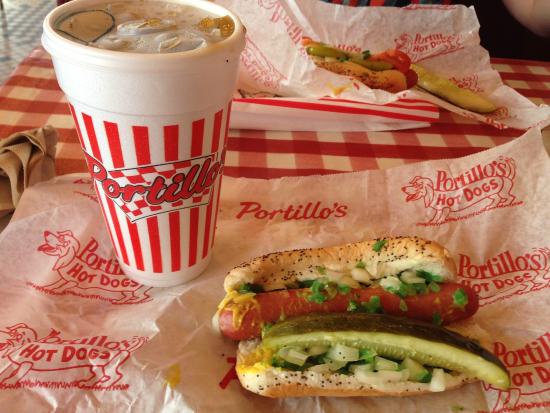 I was pretty disappointed on my most recent visit to this Portillo's.

They were slammed on a Sunday night - okay, I get that. Problem 1: 3 ketchup dispensers - 0 working.

Problem 2: Counter help that either doesn't know what is on the menu board behind them, or has a register that isn't programmed correctly. I ordered a beef sandwich, which comes in DRY (just the beef), A Little Sauce (they dribble more on it,) or DIPPED (which means they dunk the sandwich.)

So, I read off the menu board, Beef, with Hot Peppers, and a Little Sauce.

The clerk asks: "Do you want it on the side?"

Pretty clear, right? Apparently not. Tip to the counter help- If you don't understand what someone is saying, ask them again. Don't Guess.

My sandwich was dipped. And the hot peppers I paid extra for - it was around 10 cents per piece of pepper.

My wife ordered an Italian Sausage sandwich with cheese and marinara sauce. She got the cheese. The "marinara" was a watery, oil mess - not anyone's marinara sauce I've ever seen, and not what she was offered at previous visits.

The fries were hot - I'll give you that. I can't imagine how - they had 3 rows of fries in the "waiting area" to be picked up by order fillers.

Decor wise, Portillo's rocks. However, the chain has been sold, and you can just tell - the Kwality (sic) at this location just was lacking.

Maybe it's time to abandon the old "paper order, write it on a bag" shtick, and just simply the menu. If this place can't get beef right, what else can you expect.

It pains me to write this review. I ate at the original Dog House as a kid, and I've eaten at different Portillo's restaurants around the area. This one was just plain disappointing. 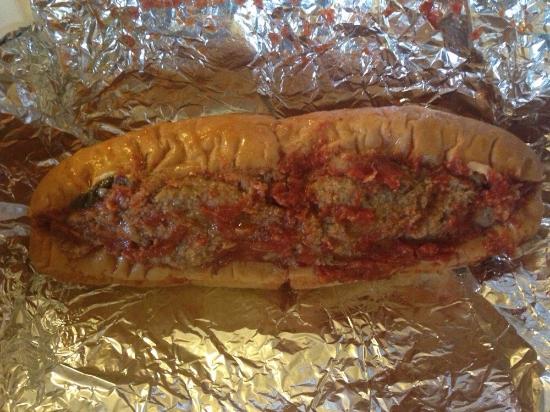 I stop in a couple times a month to pick up meal for myDad since my Mom has passed away, Nice size meals in the frozen cases along with soups and other gravies. Perfect for our needs. Not exactly like Grandma Scavone use to make but still good. 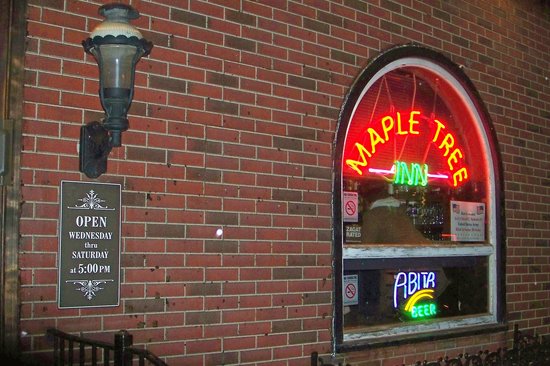 First, I am a Cajun and grew up eating Cajun food and I cook Cajun food. I am very skeptical about any Cajun restaurant outside south-central Louisiana. This place is the real deal. I had both the gumbos - seafood and chicken/andouille and both were superb. The seafood had a rich broth and tons of fish, and the country gumbo was flavorful and not overly thick. The crawfish etouffee was rich with crawfish and the gravy had a luscious texture without being too rich and filling. The consistency of the soups and gravies was just like home, and the flavors were authentic. My only complaint was they did not serve cafe au lait. Oh by the way, the cocktails were phenomenal. This place is quite a drive from Chicago, but it was on a cute little street and the restaurant itself had a lovely character. I'll be back. 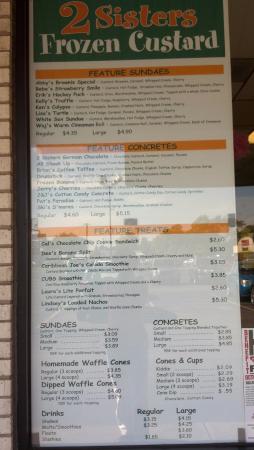 My kids and I have been going to 2 Sisters for 2 years and LOVE IT. They have the best Custard around and they even give a treat for my dog. 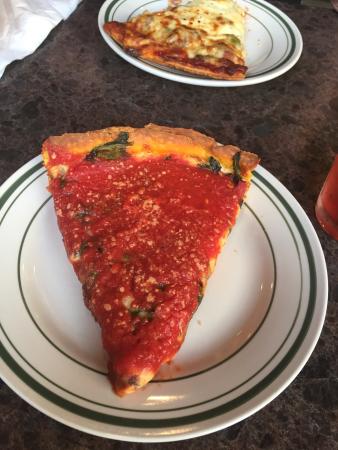 We regularly order pizza from Beggar's - Oak Forest. Always good, a lot of cheese, and high quality ingredients. Many other items good as well.

Used to go in there a lot, but not anymore. There is a short, chubby ,blonde hair girl that works there, I don't know her name, but she is just plain RUDE to the customers!!! She acts like she doesn't want to work there and is being bothered by the customers. I will take my business elsewhere, there is a new Starbucks in Oak Lawn and they are very friendly...and they have a drive-thru. 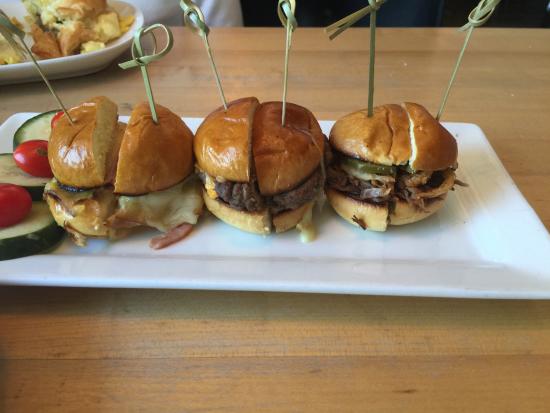 First timer at this pleasant restaurant with a local, eco-friendly food philosophy.
The ambience is clean, black and white contemporary with great natural lighting from windows surrounding the large space with both small and large white tablecloth tables, and comfy booths. There is a small bar located near the entrance with a few small tables and stools to seat eight.
The menu carefully explains that all ingredients for the entrees and sides are carefully chosen...very impressive. There is also a gluten free/vegan menu. Both have quite a variety, and it seems even the "usual suspects" are prepared with a unique twist.
I chose the White Forest omelet made with egg whites, lots of juicy seasoned veggies, topped with a modest portion of melted cheese-perfect! I opted to pay an extra dollar to substitute very fresh fruit for the hash browns and chose the two small pancakes to round out a wonderful lunch entrée. The portions were just right; very satisfying without the doggie bag! The smoked chicken Caesar type salad included black beans. The hot tea was served with a full spoon of honey on the saucer which wasn't noticed until it dripped all over the table....I wonder how often that happens?
We enjoyed the ambience and the food, but I did not offer a 4 or 5 star rating because our waiter was very abrupt, rushed, seemed quite irritated, never engaged us or smiled and frankly...he was rude. He made us very uncomfortable.
In spite of him, I would not hesitate to return, expecting the same quality food and more amiable staff. 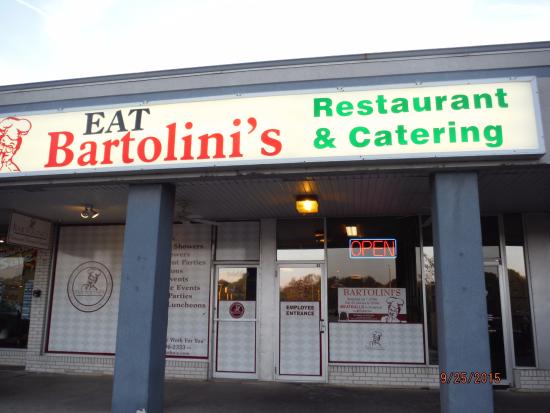 Great everything,everything I ever have eaten and I mean ever!!! Large menu selection for different taste. Great for family get together's, staff treats you like family. Highly recommend!!!! 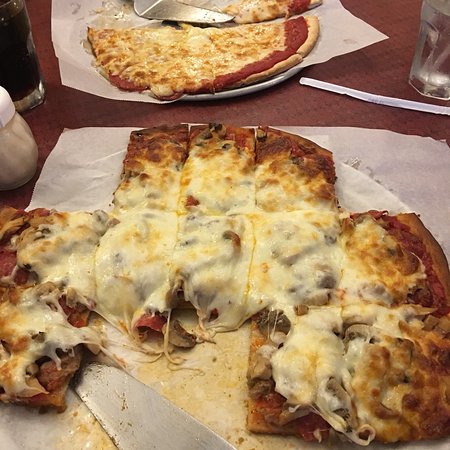 This is the place to go for Italian food in Crestwood. The service was excellent. The quality of the food was, too. My manicotti was made to perfection. The minestrone soup was truly delicious. Our server was truly a wonderful person.