Columbia, formerly Wright's Ferry, is a borough (town) in Lancaster County, Pennsylvania, 28 miles (45 km) southeast of Harrisburg on the east (left) bank of the Susquehanna River, across from Wrightsville and York County and just south of U.S. Route 30. The settlement was founded in 1726 by Colonial English Quakers from Chester County led by entrepreneur and evangelist John Wright. Establishment of the eponymous Wright's Ferry, the first commercial Susquehanna crossing in the region, inflamed territorial conflict with neighboring Maryland but brought growth and prosperity to the small town, which was just a few votes shy of becoming the new United States' capital. Though besieged for a short while by Civil War destruction, Columbia remained a lively center of transport and industry throughout the 19th century, once serving as a terminus of the Pennsylvania Canal. Later, however, the Great Depression and 20th-century changes in economy and technology sent the borough into decline. It is notable today as the site of one of the world's few museums devoted entirely to horology.
Things to do in Columbia 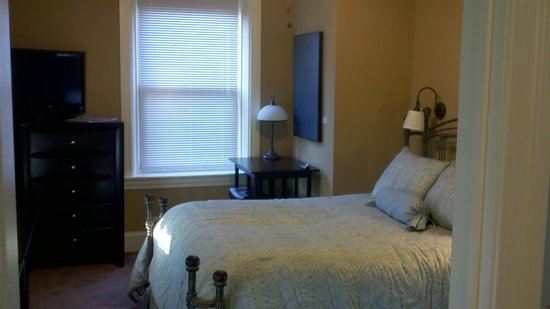 Completely restored railroad hotel built in 1903. Operating as a full-service Inn & Restaurant, Bully&apos;s has been described by many as one of the best-kept secrets in Lancaster & York. The Inn has 11 well appointed rooms all with private baths, iron beds, flat screen TV&apos;s, & WIFI. Great for weddings, long-term business stays & Get-a-way weekend specials. The Restaurant & Pub boast a hand-carved oak bar, tin ceilings & jazz music in the background. With over 200 different bottles to choose from we have one of the largest and finest selections of micro, craft, and import beers around that carter to the true beer connoisseur. We also offer fine wines & spirits with one of the best "Back" bars around, including an excellent selection of Single Malt Scotch, Bourbon Whiskey, fine Cognac, Brandy, Ports, & Sherry. Our American-style cuisine has been dubbed, “Upscale Casual” comfort food with a twist which includes a wide variety of light fare, soups, distinctive entrees, and fine desserts. Open Mon-Fri at 4:00 pm for dinner, Sat 1-4 pm for lunch and 4-pm for dinner. Closed Sundays.

nice pub. Quiet when we were there. Quick service and food was excellent. good selection of beers. priced right 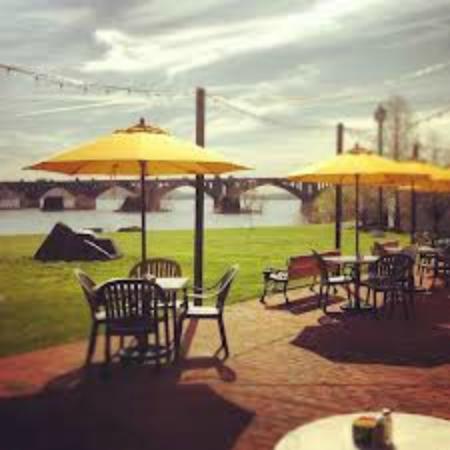 Enjoy casual dining in a restored silk mill along the Susquehanna River. Our four seasons Dining Room, a timbered structure that extends from our building and is enclosed on three sides with glass, has a breathtaking view of the River at one of its widest points. The menus include fresh, locally produced foods which vary with the seasons. In the summertime, some are grown on the premises. The temperature controlled dining room is open for lunch, dinner, Saturday Breakfast, and Sunday brunch. If you are looking for a banquet facility for an event, please conside our newly renovated, River Room located on the second floor. Our seasonal Pizza Patio restaurant is open from May until September featuring Wood Fired Pizza&apos;s!

The banquet room was not big enough to comfortably accommodate the 110 guests in our party. The room was dark and we could hardly see each other. The acoustics were poor and we could barely hear the people at our table. There was no view as there were no windows. The buffet, which started well behind schedule, was cramped into a small corner of the room. By the time we were called to the slow-moving single carving station, the beef was cold. In fact, the salmon and vegetables were cool, too. All drinks, including sodas and teas, had to be ordered and picked up at the bar. With only one bartender on duty, it was an extremely long wait to get any kind of beverage. Water glasses were not refilled, and dirty plates were not removed promptly. The slow lines and long wait time for everything made the evening feel like it was dragging on. By the time we got to the Program, people had begun to leave and a few even nodded off. A female waitress became argumentative and condescending when I asked if she knew when dessert would start. There is absolutely no excuse for this type of behavior from an employee!!

Nestled on the banks of the mighty Susquehanna River, located inside an 1820&apos;s Railroad Hotel, the Railroad House Inn is an upscale dining experience serving unique food in a historic one-of-a-kind atmosphere. Featuring all craft beer draft menu, a signature drink menu, and a great wine list available.

Saturday brunch was great! The chef made some fabulous dishes. We are going to be back soon.

My pear and Gorgonzola salad with grilled salmon was phenomenal. The steak and eggs were so tasty, too. The potatoes had a lovely spicy sauce on them.

Come here to indulge. It’s fairly priced for how fabulous our food was. We spent around $45 for two entrees and coffee.

I love bringing my friends from out of town here.

We were fortunate to stop in shortly before the cafe' was closing. The owner was gracious and very helpful in directing us to other interesting sites. The drink was delicious. 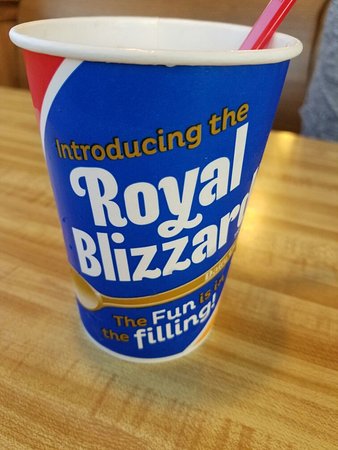 This is where the locals go for for all those ice cream cravings in the hot summer weather. The Mocha MooLatte is my go to pleasure. That thing is amazing, don't ask how may calories. 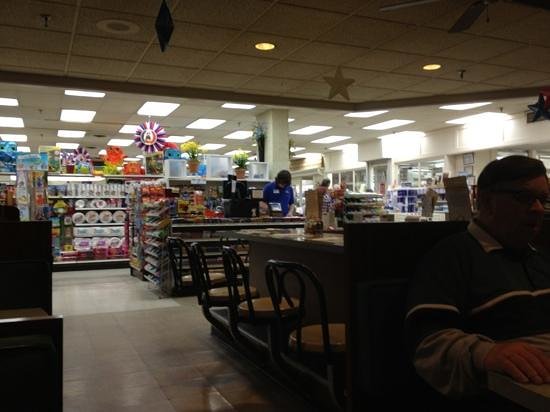 Throw back to old times. The restaurant is actually located inside the Pharmacy Store. You sit at either at the counter or booths situated around a counter. The menu is varied and reasonable given the size of the restaurant. We went here after Turkey Hill Experience for a bite to eat. Closes early on Sunday so beware. Much better than fast food and pizza in the area. Would definitely recommend for something different but still quick.

McCleary's is a fantastic Irish pub that is off the beaten path. I got their shepherds pie. Absolutely delicious! They have a fantastic pub in front and a more modernized seating area in the back. The atmosphere is perfect. The prices are right in line...MoreThank you for your review of McCleary's. Glad that you enjoyed it and hope to see you in the future! Cheers! 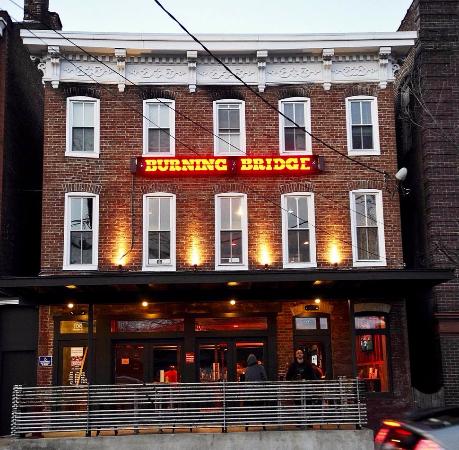 Ate at BBT as part of a fundraiser. Pulled pork and smoked chicken were outstanding. It sounds strange to say this but the coleslaw was amazing. A little jalepeno was added to give it a signature taste. The service was friendly and accommodating. A local bluegrass band was playing on the stage with a welcoming tavern experience all around. We are definitely going back again, and soon. 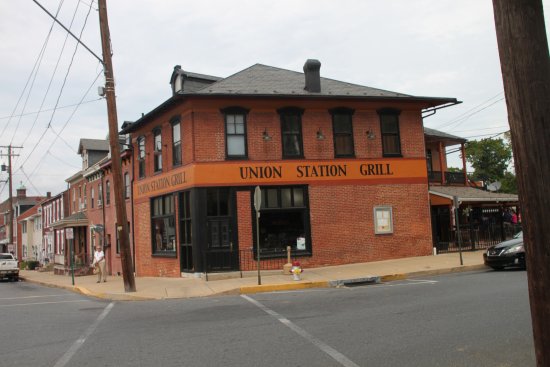 The atmosphere is nice except for the occasional loud motorcycle. Food was excellent. We had the fried pickles, Union Reuben and the crab cake which looked fantastic. Always my go to place when meeting anyone from Lancaster and want to meet halfway between. Recommend highly... 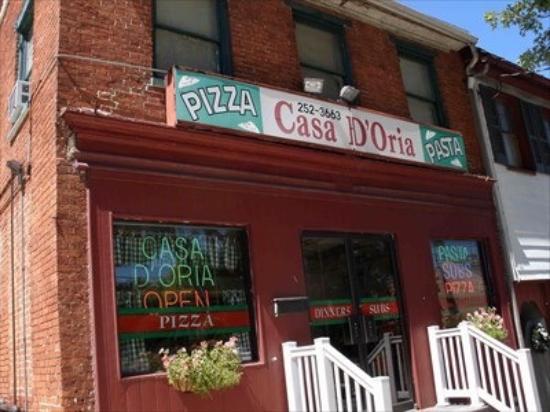 After reading very positive reviews, had to give this place a try. Went with their antipasto salad to start with, then tried their white pizza special (comes with ham, onion, broccoli, ricotta & mozz. cheeses), as well as a traditional neopolitan (thin crust) pizza w/ sausage & fresh tomatos. All of the food was very good. The owner was behind the counter taking orders, making food, and chatting with customers. All of the ingredients seemed fresh & flavorful. We enjoyed our dinner there, but it is a small shop. I'm guessing that they do more delivery or take-out orders, which is fine. The shop itself has a very old fashioned feel to it. The music playing in the background was big band music, which was very nostalgic. We'll definitely go back again, and I'm happy to recommend this place to friends.