Top Things to do in Cicero

Cicero (originally known as Hawthorne) is a suburb of Chicago and an incorporated town in Cook County, Illinois, United States. The population was 83,891 at the 2010 census. As of 2013, the town had a total population of 84,103, making it the 11th largest municipality in Illinois. Cicero is named for the town of Cicero, New York, which in turn was named for Marcus Tullius Cicero, the Roman statesman and orator.
Things to do in Cicero 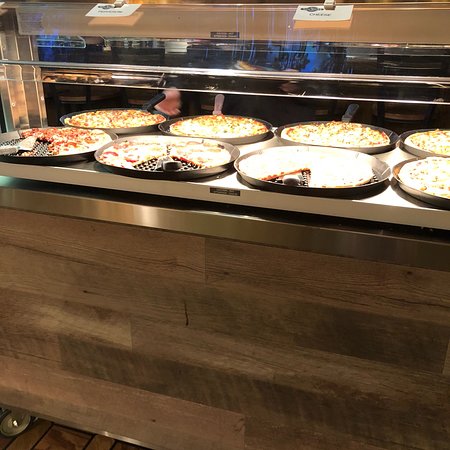 Even as a little leaguer playing across the street at Piotrowski (Lawndale) park, HRI was part of my life. 40 years later, it's still a treat for me and my family. The sausage is excellent, and the sauce is to die for. Sausage/Mushrooms is my favorite, and we always buy an XL, in order to enjoy the square pieces(never cut in slices) the next day. 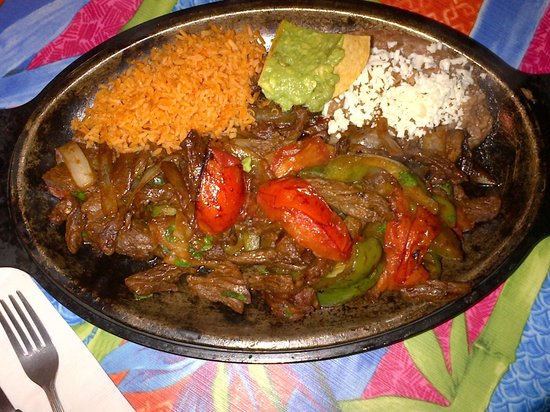 My husband and I visited this restaurant on a Sunday afternoon. It was not too busy but the atmosphere was great. They had a live singer serenating the crowd.
There's almost no need to order appetizers here as they bring you chips, two kinds of red salsa and a pico de gallo with little pieces of jalapeno; probably the best pico de gallo I've ever had!!!
My husband ordered two chicarron gorditas. I ordered an order of pozole. Our meals were great, they brought out my pozole piping hot with all the fixings!! They also brought out a small serving of strawberries with yogurt completely free of charge. Our waitress was super nice, we enjoyed her!!
We paid under $30 for all of our food, pretty great prices!!!!!!!
I think we've found our regular Mexican joint next time we're in Chi-town!!

Went with friends for dinner at their suggestion for Bohemian foods. Food was hearty and tasty. They have a great selection of bohemian foods including goulash, dumplings, sausage, and pickled beef.
They offer daily specials.
There also are some seafood items on the menu.
You must same room for dessert including kolacky and cheesecake.
One point is that they don't take credit cards. 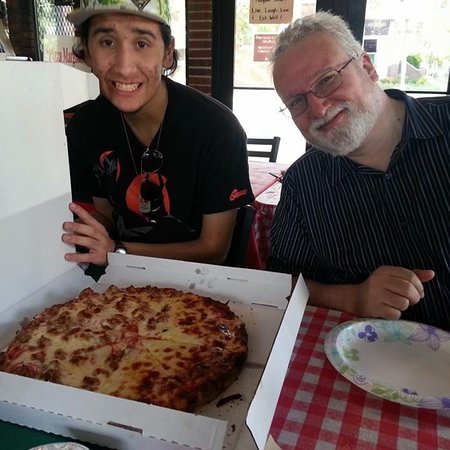 Freddy's is some of the best food I've ever eaten!!! My husband and I have enjoyed this place for over 15 years since we saw it on Check, Please. Now we live in South Carolina, but will always find a way to go when we're in the area. The lemon chicken is so good that I could drink the juice. They give you free bread to sop up all that deliciousness. The seafood salad is the freshest and has most tender calamari and octopus I've ever had. They weigh the seafood first and then add the olive oil and lemons. I also highly recommend the risotto, rapini, and Italian sausage which comes a jus with peppers and potatoes. All the salads are incredibly flavorful and fresh. There are also a variety of pasta dishes, meat entrees, sandwiches, and pizza. It doesn't matter how full you are, get the gelato! I've never found any better! My favorite is the Don Vito which has a cherry base with brandied whole bing cherries and chocolate. The Oreo, dulce de leche, and fruits of the forest are also delicious!! I'm sure they all are! Get a taste of any before you buy. So hard to decide. The place is very small and the food line is at the back of a tiny and charming Italian grocery store. They will heat the food up on paper plates and you can eat in an adjacent room (outside too when the weather is nice). Or you can get it all to go. This place never disappoints! Expect long lines that move rather quickly. Holiday times are especially crowded. They do not take credit or debit cards. It's not especially cheap, but such a great value for the quality and freshness of the food. The staff who waits on you is very pleasant, many speak Spanish, and have been there for many years. Enjoy!

When I heard about Troha's Chicken and Shrimp House at 4151 West 26th Street in Little Village, my first reaction was it is too far away from my home in downtown Chicago. It's a no-frills, mostly carry out business, not the kind of place for a family outing or a birthday celebration. But when I learned the Troha's has been doing business at the same address since 1917, since you could buy a stein of beer and a bowl of chili for 5 cents, since Babe Ruth played for the Boston Red Sox, I decided I had to give it a try. Troha's specialized in smoked and fresh fish until 1935 when they introduced a new item, shrimp. In fact, Troha's became the shrimp house in Chicago, deep fried or smoked or boiled. In 1959, Troha's became the first to perfect the carry out deep frying method for chicken, six years before Chicken Unlimited and KFC. My wife and I have perfected our own method for eating at Troha's. We order a full order of deep fried shrimp and 1/2 orders of perch, fish chips and Alaskan whitefish with sides of cole slaw and potato salad, take it home, reheat it and enjoy a buffet of fresh, flaky and tasty fish. It's a unique experience. Remember, Troha's family-owned business was deep frying shrimp before most Chicagoans knew what shrimp was or that it came from the Gulf of Mexico. After all these years, they still do it as well or better than anyone else. 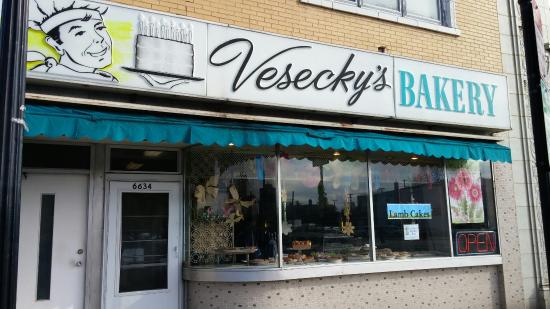 It looks like a store from my childhood in Eastern Europe. The stuff they sell looks authentic, but the rohliki are very different from what they should be. Kolachky with poppy seeds are nice, but the jam things are way too sweet for any non-American. I mean, I do like sweet things, just American things are way to sweet for me.
Overall, even if this place is not exactly the same as it would be in Prague, but it brings good memories of Eastern Europe:) 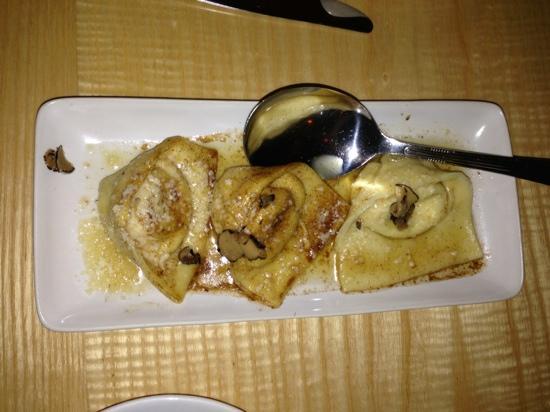 Like most people, when I think of Berwyn I think Fitzgeralds, Svengoolie ("It Came From Berwyn"), and Wishbone (Closed). Now Autre Monde is trying to be the other reason to visit.
First, a word about water: what's with this new trend of serving luke warm water in small glasses with milk bottles? Not Good in all respects; cold water is refreshing, and does not interfere with flavor; you can even find cold water in Europe sometimes; please nip this trend in the bud.
AMC's menu is divided into various categories starting with Pinxtos :small tapas (pinches) popularized in Barcelona and Basque country. We tried the 4 that were available, and the clear winner is the Prawn: two crispy prawns with heads and tails, served with a mild calabrian chili sauce; if it was me I'd serve it with small rounds of bread to sop up the chilis and maybe offer a shot glass of some fiery liquor, but that's me. The Pinxtos were $9 each, and each was enough for two to try. My wife liked the other three but I found them mild in flavor.
We had a small plate of sweetbreads crispy fried, stuffed with with a mild chorizo verde and served on a potato like spread: if the sweetbreads had been a little larger the dish would have worked: their flavor was overwhelmed by the preparation.
We also tried a pasta, which on this night was a ravioli with peas, mushrooms and cheese, and the secret ingredient, prosciutto. I was advised that all pastas are house made and this one was very good.
We skipped the large plates and flat breads and went straight to desserts: the lemon/lavender cheesecake had a good thick texture and good flavor and the hazelnut chocolate pot de creme was also worthy.
With one drink apiece (interesting wine list) the bill came to $116 before tip, so this is a bit of a splurge; I will give it another try to see if they get a bit more consistent.
Service was fine, but as we came at 5 due to an early concert it was no challenge for the staff. 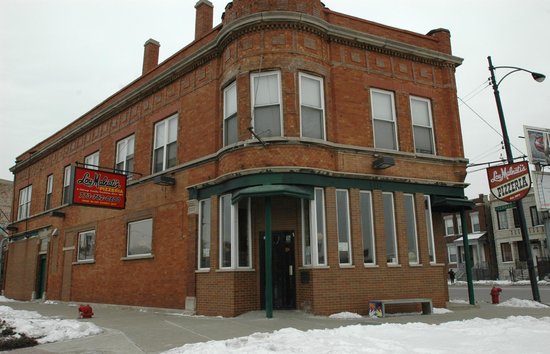 Carrying on Lou&apos;s vision of providing great food at reasonable prices, Lou Malnati&apos;s has grown to include over 30 family-owned Chicagoland pizzerias. In recent years the Malnatis have felt blessed by their success and wanted to do something to give back to the community. In the fall of 1995 the Malnati&apos;s opened a restaurant on the West side of Chicago in an effort to help rejuvenate a neighborhood that has not had much success in recovering from the riots of 1967 that ravaged the area. Lou Malnati&apos;s Lawndale Pizzeria is unique in that all profits are given back to the community to benefit children&apos;s educational and recreational programs.

The Malnati's classic pizza is yummy with thick pieces of sausage, lots of cheese, a great tomato sauce, and a very tasty crust. The Malnati's salad with a sweet vinagrette dressing is equally tasty with romaine, gorgonzola cheese, mushrooms, black olives, and bruschetta tomatoes, along with small pieces of bacon.

Convenient parking for picking up orders. If you’re not from Chicago and want the “chicago style pizza” This is the place. The food is always great. Hot and fresh. This location has something that sets it aside form other locations. THE STAFF IS AWESOME.
Our waiter, Dong(?), was great. Took our order with our writing down, got it right and was polite, funny and respectful. He treated us like family and didn’t see my kids as a nuisance but interacted with them. Something I didn’t realize was missing from today’s service until he showed us.The meal was timed perfectly and was just another in what is becoming a long line of successes at this location.
This is the place that has it all. Good atmosphere, cold beer, great staff and awesome deep dish pizza. A can’t miss experience.

For people looking for vegetarian dishes, El Faro is terrific. For example, their vegetarian burrito is enormous.

For people who don't like their food super spicy, El Faro makes lots of accommodations including skipping the jalapeño peppers when preparing specific dishes such as the delicious pico de gallo beef dish.

If you are ever in Little Village, this is a very affordable place to go.

Do note that El Faro is closed for about 10 days during the Christmas and New Year holiday.