Boscobel is a city in Grant County, Wisconsin, United States. The population was 3,231 at the 2010 census. Approximately 0.6 mi. (1 km) to the north of the city, across a riparian swamp, is the Wisconsin River. U.S. Route 61 crosses the Wisconsin River at Boscobel. To the south, the city is bordered by the Town of Boscobel. Boscobel was the site of a stop along the now defunct Milwaukee Road, and is still served by the Wisconsin & Southern Railroad. It is also the site of the Wisconsin Secure Program Facility (WSPF), a Wisconsin Department of Corrections prison for men. Businesses include the historic Central House Hotel, the birthplace of Gideons International. 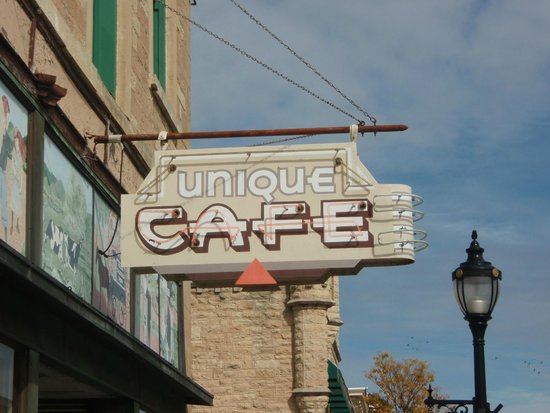 This quaint restaurant has to be the best place to eat in Boscobel. The food tastes fresh and is like good old fashioned home cooking. I only wish they were open Monday and Tuesdays as well. I just love their breakfast dishes and the biscuits and gravy are excellent! The decor is certainly unique, bordering on cluttered but its fun to look around.Next time I'm in town, this won't be my first stop (since they are closed Monday and Tuesday), but they will be the first stop I look forward to :)

Reviewed By Sam A - Madison, Wisconsin

Timberlane has a great variety in their menu and the shop is adorable! Lots of cool decorations and places to sit that make it unique. Very friendly staff and all around near place. Would suggest stopping if you're passing through. There's also free wifi for customers.

I like the twist cone. Service is friendly. Food is good. Restrooms are clean. We always enjoy stopping here while traveling on highway 61. They even opened up for me 15 minutes early so that I could buy an ice cream cone. Thanks! Very much appreciated. Service that goes above and beyond! 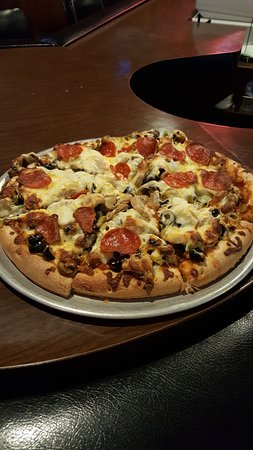 My friend had the prime rib (she loves it). I didn't want to overeat in the evening so ordered a boneless pork chop sandwich and mushrooms. The pork chop sandwich was delicious but way too big. Would have liked to share it with someone. Their snacks are always good..... mushrooms, cheese curds, homemade potato chips, etc. Their pizza gets a lot of raves, too. Some nights they have a salad bar set up so that's something else to consider. Good service and prices.

I just had an ice cream cone, but it was great! Locally made ice cream in dozens of flavors, great texture and taste! They also have some sandwiches available, including BBQ, and sell local dairy products (cheese, yogurt, etc.), condiments, and RR1 popcorn. 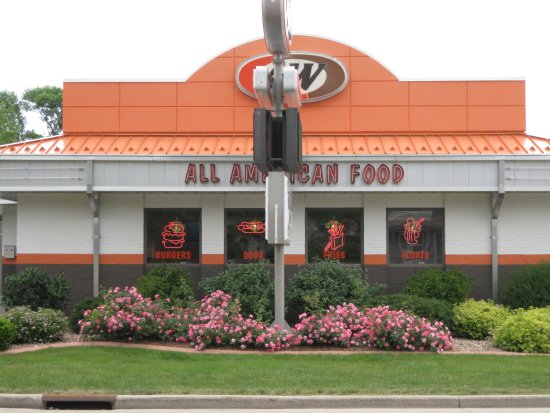 We stopped in about 5 p.m. on a Monday night. It was a little on the high end for an A&W but it was WELL WORTH THE STOP! OMG it is like stepping back in time. They have all the Memorabilia (Some of it is for sale) from the 1950's inside and out including ordering your food from a phone at your booth. They also have the baby glass root beer mugs that little kids get their "free" drink in. They have several tables outside too. The food was good and the root beer was served in icy chilled mugs. An example of the prices are we got 3 burgers, 3 chili fries, 3 root beers, 1 kids chicken nugget meal, 2 shakes and 2 burgers w reg. fries and our total was $54.00. One thing I will say is that it was really busy but our food was served within 10 minutes and there were 7 people in our group. The bathrooms were clean and we had to use the changing table in the woman's bathroom and it was also clean. This is nice to know because we don't like to make long stops when we are traveling. We will be stopping by again when we make our trips to Wisconsin.

We stay in town for fishing trips and this store is great for picking up our supplies and food for the hotel room. Doesn't look big but they have everything we need and a good variety of tasty foods, not just prepackaged snacks.

The fish fry the batter was lite, not soggy or nor greasy. It was a treat to get a small relish plate you don't see them much anymore. Prices were great. They take reservations not a fancy place. If you are passing through or close enough to check out this hometown place I would highly recommend stopping in.

The Vale Inn is a funky, welcoming place filled with locals. A T-shirt, blue jeans, and baseball cap is the dress code for men. You don't go for the atmosphere (unless your idea of atmosphere is completely utilitarian -- 15 tables of various sizes and a counter with 10 or so stools). You go for the food, which is class American diner food grilled on the flat-top grill. We've eaten breakfast here five times between last year and this year, and every time, it was GREAT! My wife says that the pancakes are the best she's ever eaten. And their "medium" size are larger than most diners' large size! I usually had the corned beef hash with eggs, and the hash was always cooked as a big slab on the grill, with a crust on the outside, moist on the inside. Like oatmeal? An unbelievable bargain for oatmeal, toast, and coffee! For $12, we got more food than we could eat, AND they filled our travel mugs with fresh coffee! We ate a very late breakfast one day, and watched them serve lunch to other customers, and it all looked delicious. The wait staff is friendly. They are open from morning through the dinner hour on weekdays and later on the weekend, with different specials every day of the week. Based on 2 vacations in this area, I'd say it's the best food within 25 miles in any direction: you'd have to go to Prairie du Chien or the cafe in Veroque to get anything this good.

Great food. Kind and considerate employees. Two things I have issues with. #1 yellowpages.com contains a menu on this establishment along with prices. It is very outdated (the prices). Please update. #2 Ensure there is a considerable amount of meat in the meat dishes. My beef chow mien had very little beef. The food (we had fried rice, chicken noodle soup, sweet/sour pork, and chow mien) were delicious. They use good white rice as well, because "yes" there's a huge difference between American rice and Jasmine.