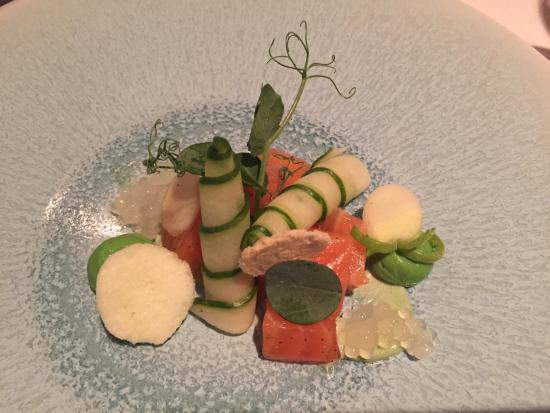 We were only there for lunch. But if you are not staying there it is still a good idea to pop in. Right in the middle of town, modern, friendly, well trained staff. I wouldn't mind staying here next time. Modern food, classy. 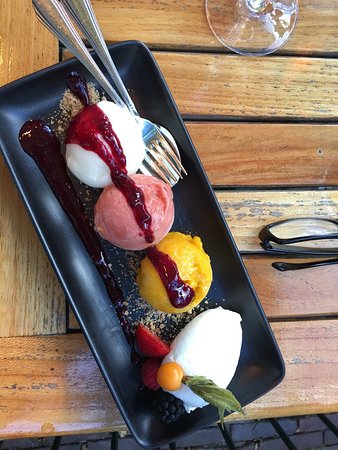 We arrived pretty late, and as a result there were few other people still in the restaurant. Still, the service was slow to very slow, and for the starter we were certain that they had forgotten us, before the food arrived. We took the surprise 3 courses menu (1 meat, the other fish). My appetizer was edible, but nothing more. That of my partner was better, but the combination didnÂ´t work well. The main course was for both of us much better. The dessert was passable. 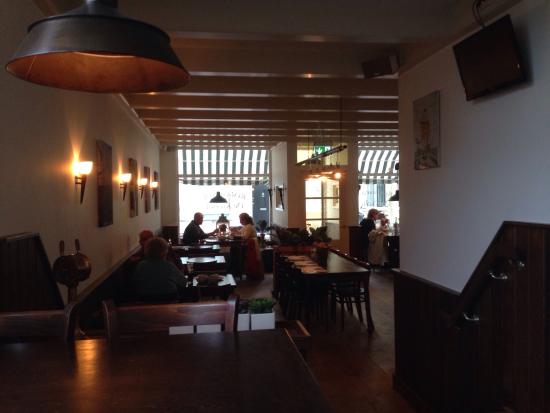 When we de boarded from ship and landed at vlieland , the first thing we did was to hire cycle and pedal around the island. After cycling the stop for freshening up and food was scheduled at Resturant de Richel. It is a nice restaurant with a pleasant view, 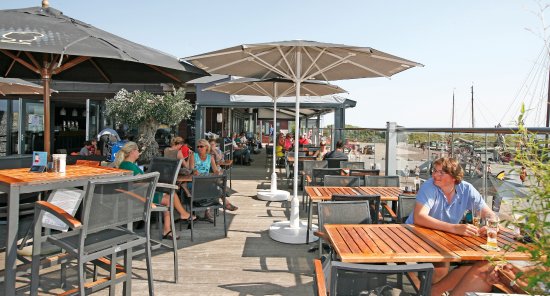 During our annual visit to Vlieland , a small island north of the Netherlands, we booked a table at the marina restaurant de Dining . It is a wonderful location surrounded by sailboats and othe pleasure ships . The athmosphere is great , the outside view spectaculair . Unfortunately we were seated inside the restaurant , where we had expected to sit outside , having made a reservation days in advance . OK , so be it . We were metby a frienly waitress who explained the menu and the specials of the day , and we ordered grilled seabass, skewered pirk ( sateh) and seawolf (catfish) served in crisp sereano ham served with a mangocoulis . The seabass was very tasty but nothing really special and was served with French fries and a salad . The sateh ( 1 skewer only) was also well prepared and tasty , but poorly presented . The seawolf tasted as good as it was presented and also served with french fries . We enjoyed the evening and the location and the food was better than average but nothing spectaculair . Having said that , the place is defenitely a hotspot for the happier few as the prices are quite steep compared to the other restaurants on the island . I would say that the food is overpriced by 20% but that the lication and service makes up for that .Dear Mike,Thank you for the review. For us it's not a great review, but it is also not very bad. There are some things I have to explain a little bit more so everyone knows how we work.1- we never make reservations for outside on the terrace. We make the reservation inside, but if you want to sit outside and there is enough place it's always possible to eat outside on the terrace.2- The sateh is one skewer, but it's 200 gramm heavy!! That's a lot for a main dish. I agree that the presentation can do better. We will work on that one.Thank you and C u next time in our restaurant. 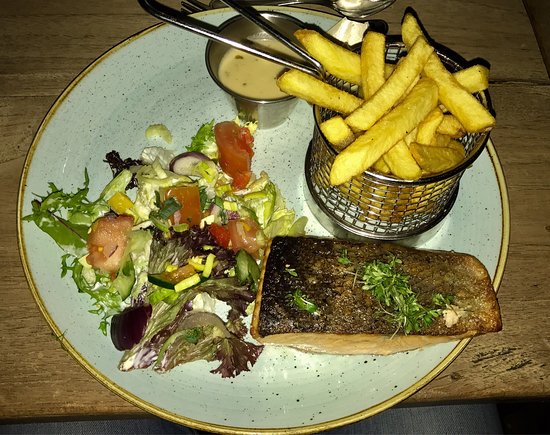 We went for lunch. This restaurant is very crowded and popular during the season and we have been regular visitors. But this was the first time in November. Fortunately despite the cold weather people visit this restaurant. Furniture is nice, two fireplace at the entrance are inviting to start with drinks next to them. Lunch was very tasteful and service quick and accurate.For Xmas we already made a reservation for ourselves and our 4 guests and we are all looking forward to that. Xmas at the beach, may be even with snow... The ambiance of 't Badhuys make you often dream away and enjoy life. Probably next time I will add pictures ... 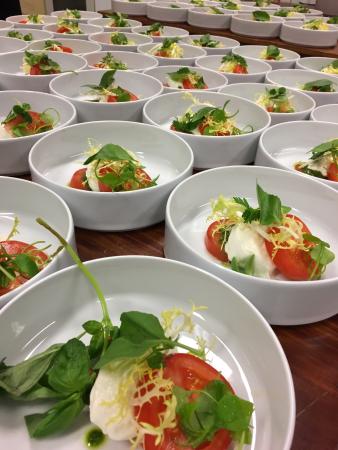 This place is located on the Main Street in Vlieland Oost, the street where most restaurants are located. We had lunch here and sat in the sun for a while. Nice terrace. My fried egg was a bit on the dry side and the salads on the side didn't have any dressing so it was tasteless. My partner's fish soup (bouillabaisse) was good. Service is ok but not special. Overall I rate the place average. 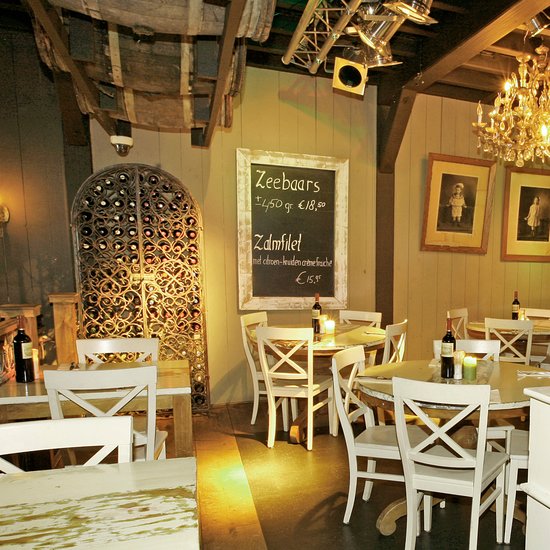 The restaurant is located in the town centre which is very useful. It looks very authentic and quaint on the inside and this is also the case with the interior decorations. It was, however, very dark inside even though we visited on a sunny day. We thought there was no terrace so sat inside but several days later we discovered there was indeed a terrace, but it was on the other side of the restaurant. It was not clearly marked. The staff were friendly and the food came quickly. I can't fault the quality of the food but it was nothing extraordinary. 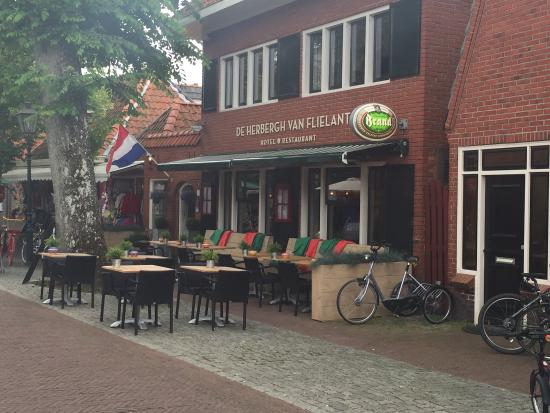 We have been going to Vlieland and this restaurant for years and were pleasantly suprised to see that it has been renovated with a more contemporary look. Also the staff is much more attentive and quick than in the past, although very young and inexperienced. This is a place to have fish, meat and you wil be served the traditional Dutch way with lots of side dishes. The food is fresh, not overly refined but in line with the price. There is a nice terrace in the front (street) or the back (garden). I was disappointed by the wine list which was not extensive. This restaurant caters evidently to people for whom spending â¬40 on a bottle is a maximum...We did not have desserts but noticed they have plenty of old-fashioned ones, for example CrÃªpes Suzette. All in all a must try, especially given the restaurant scene on the island.

What to do and see in Vlieland, The Netherlands: The Best Places and Tips 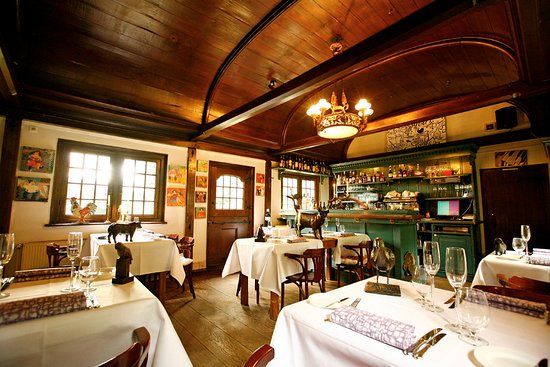 The restaurant is in one of the oldest houses of Vlieland. Everything was perfect: the quality of the food and the friendly personal. They don't have a menu but they offer you a dinner of three, four or even more courses, based on your preferences. We will certainly come back....

Where to Eat in Vlieland: The Best Restaurants and Bars 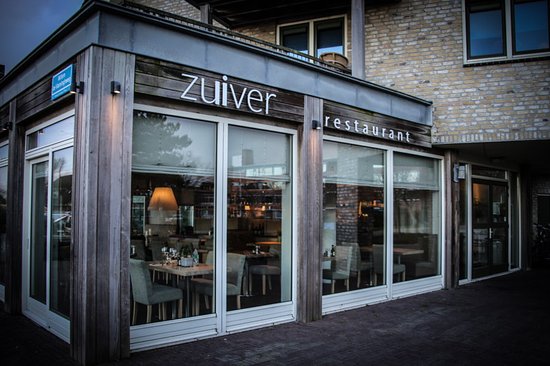 Nice cosy restaurant.Really well located.Absolutely delicious kitchen.I knew it was good. But I did not know it was SO good !Beautiful to look at. And extremely enjoyable. Joy for the eyes and the palate :)Basic ingredients really well selected.Nice wines to match the courses.The service is perfect. Super friendly and efficient team.We really had a super moment there.